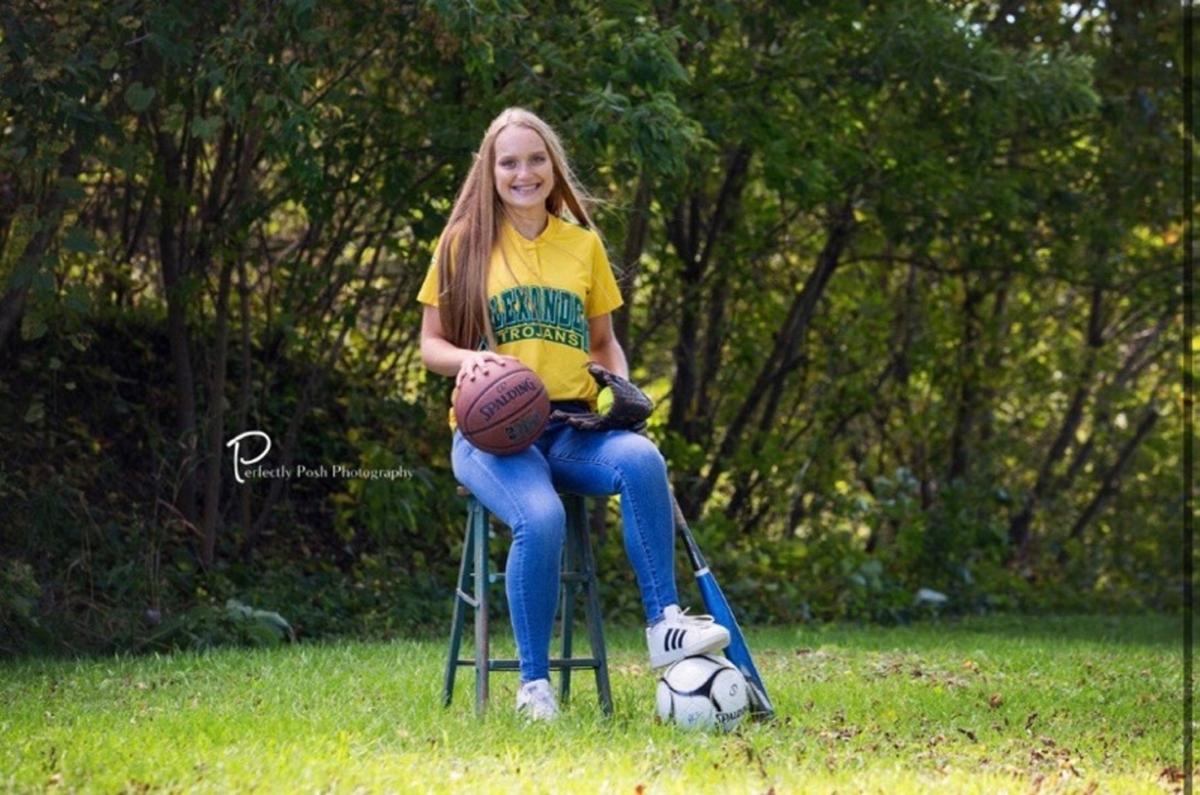 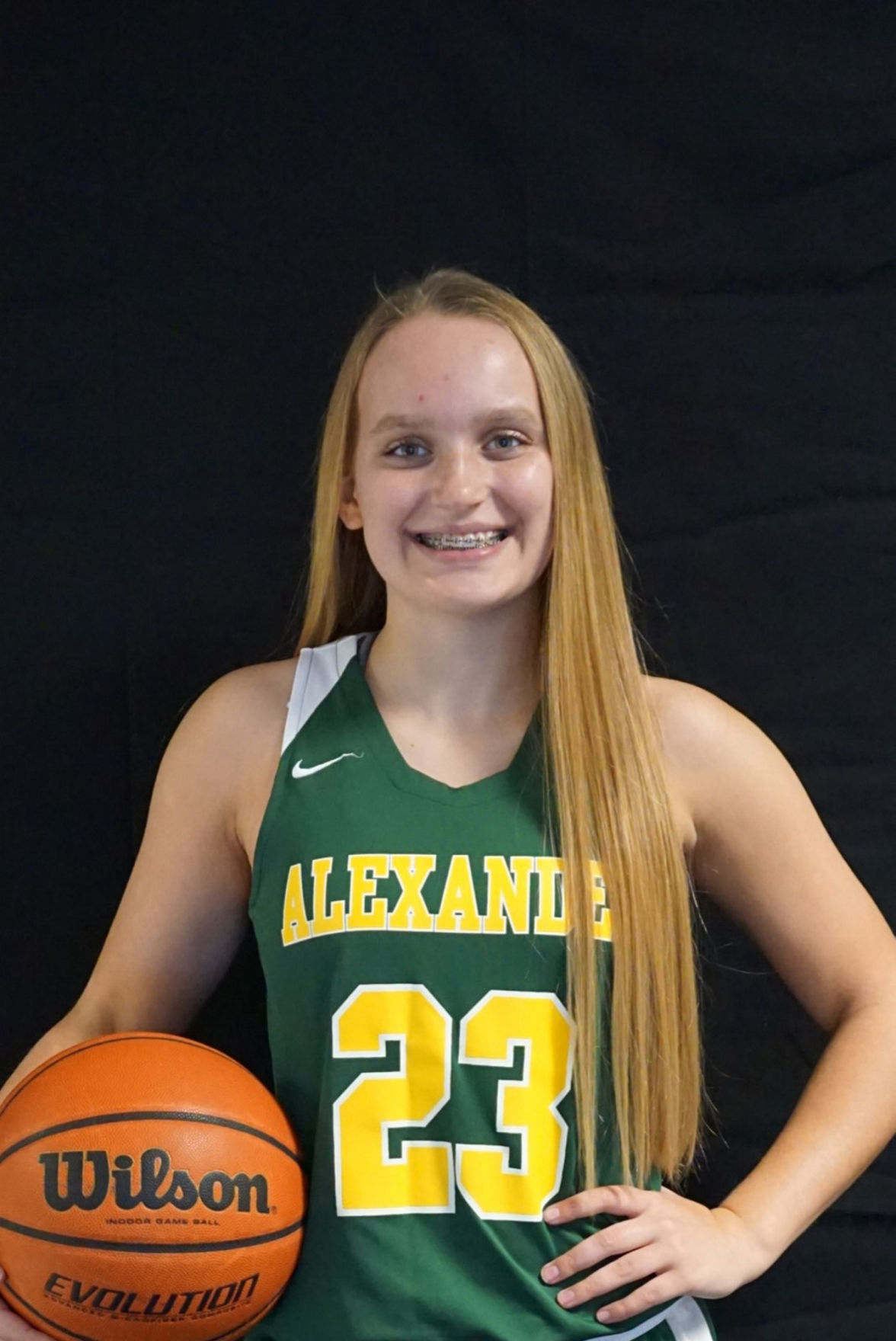 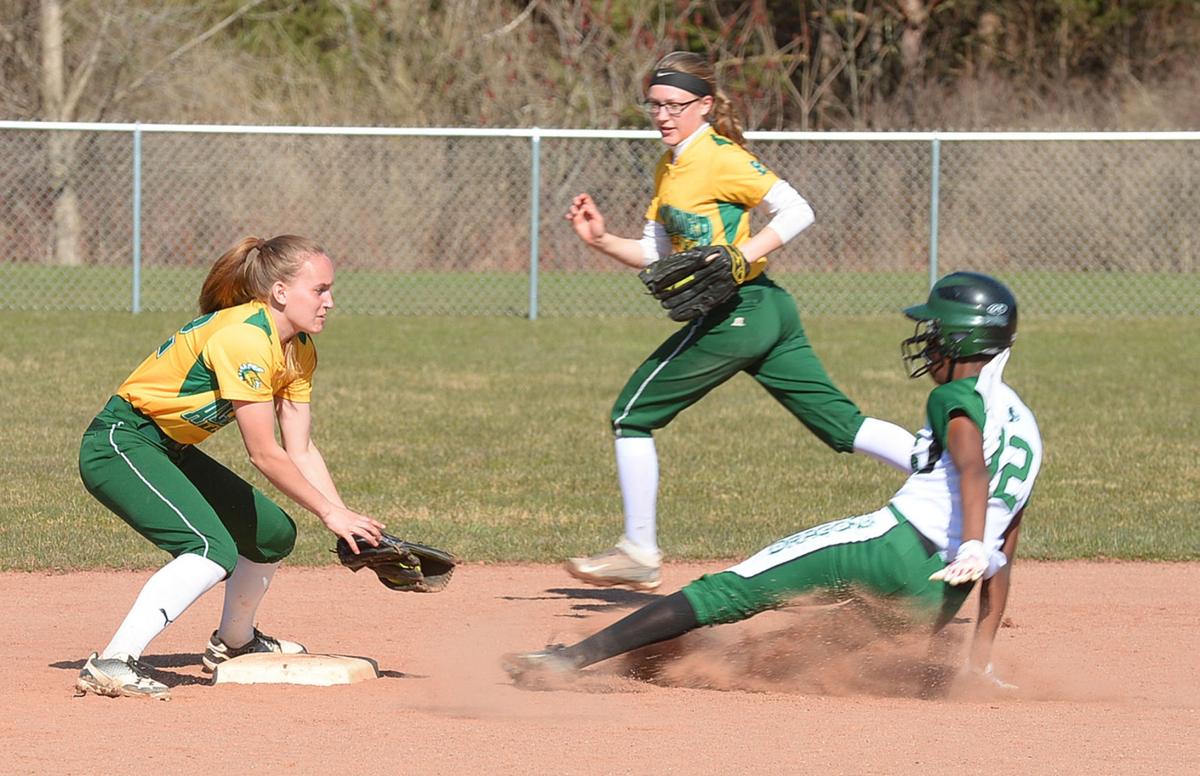 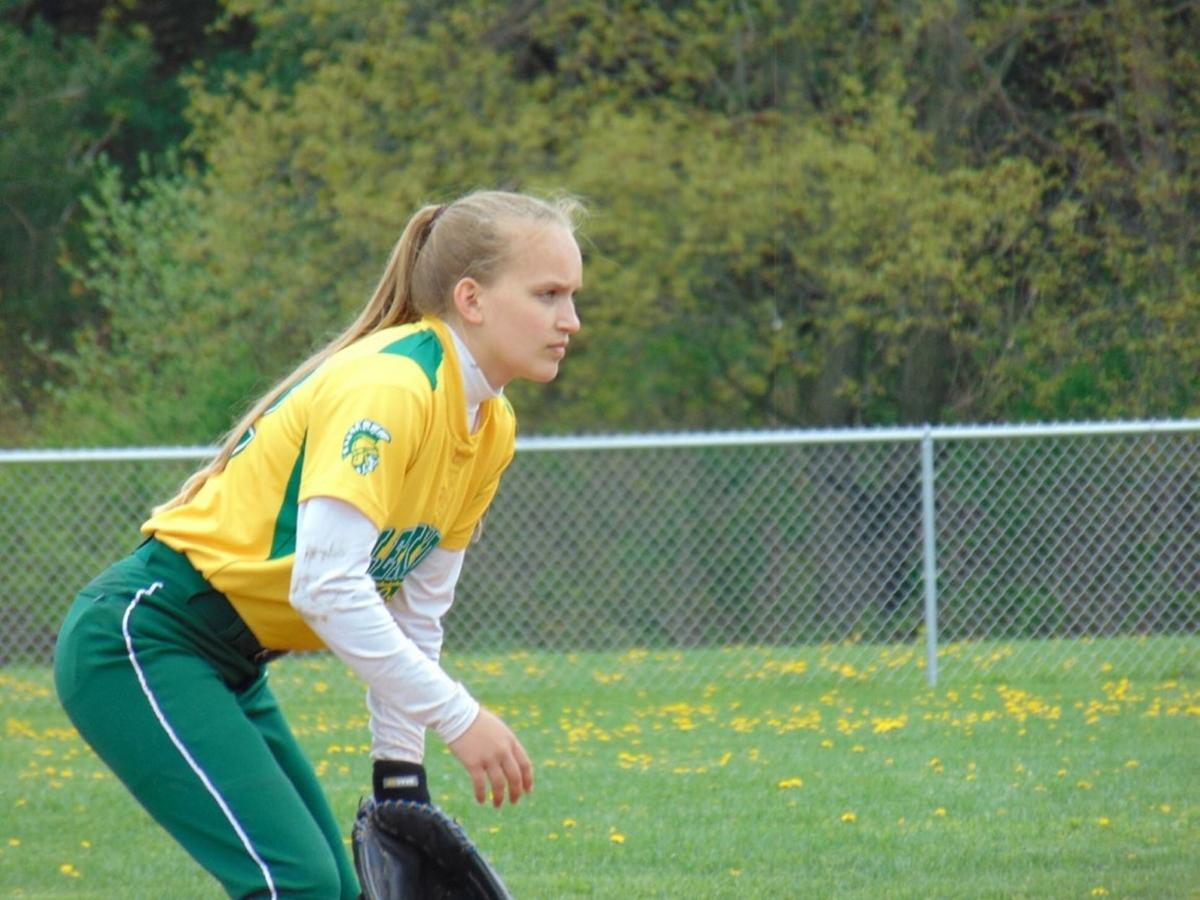 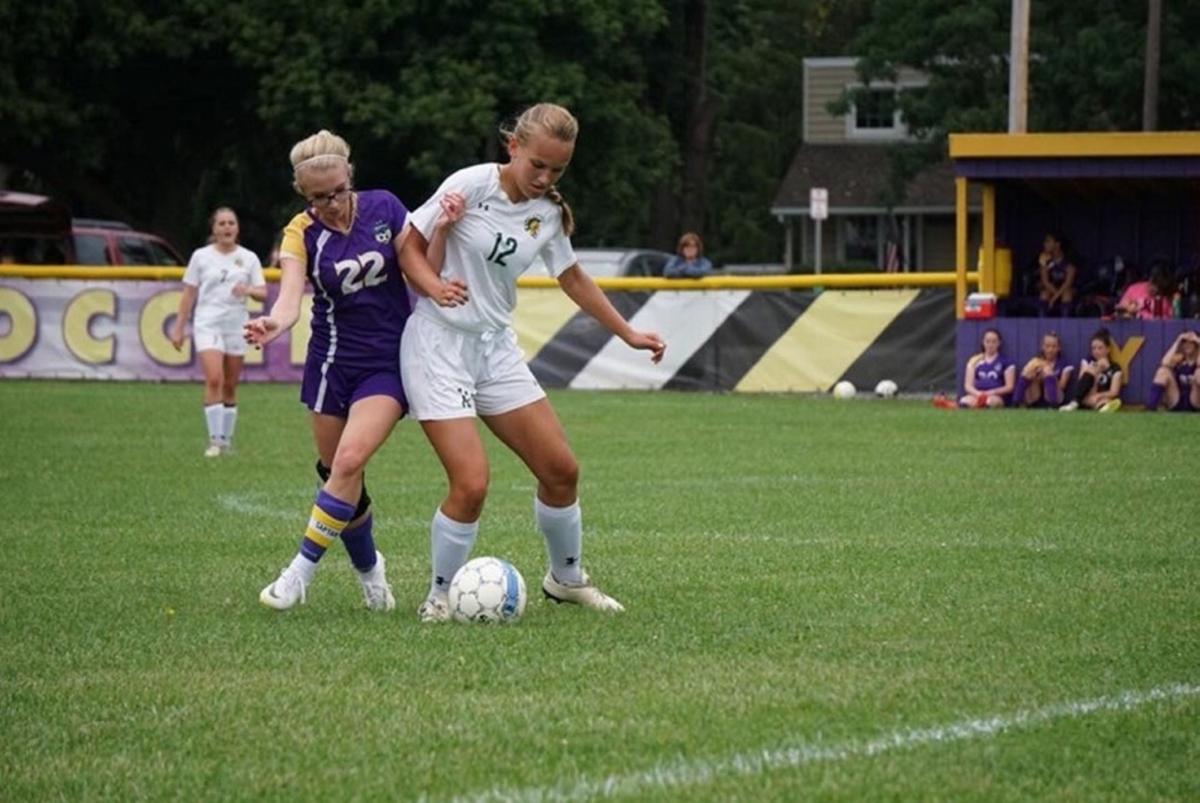 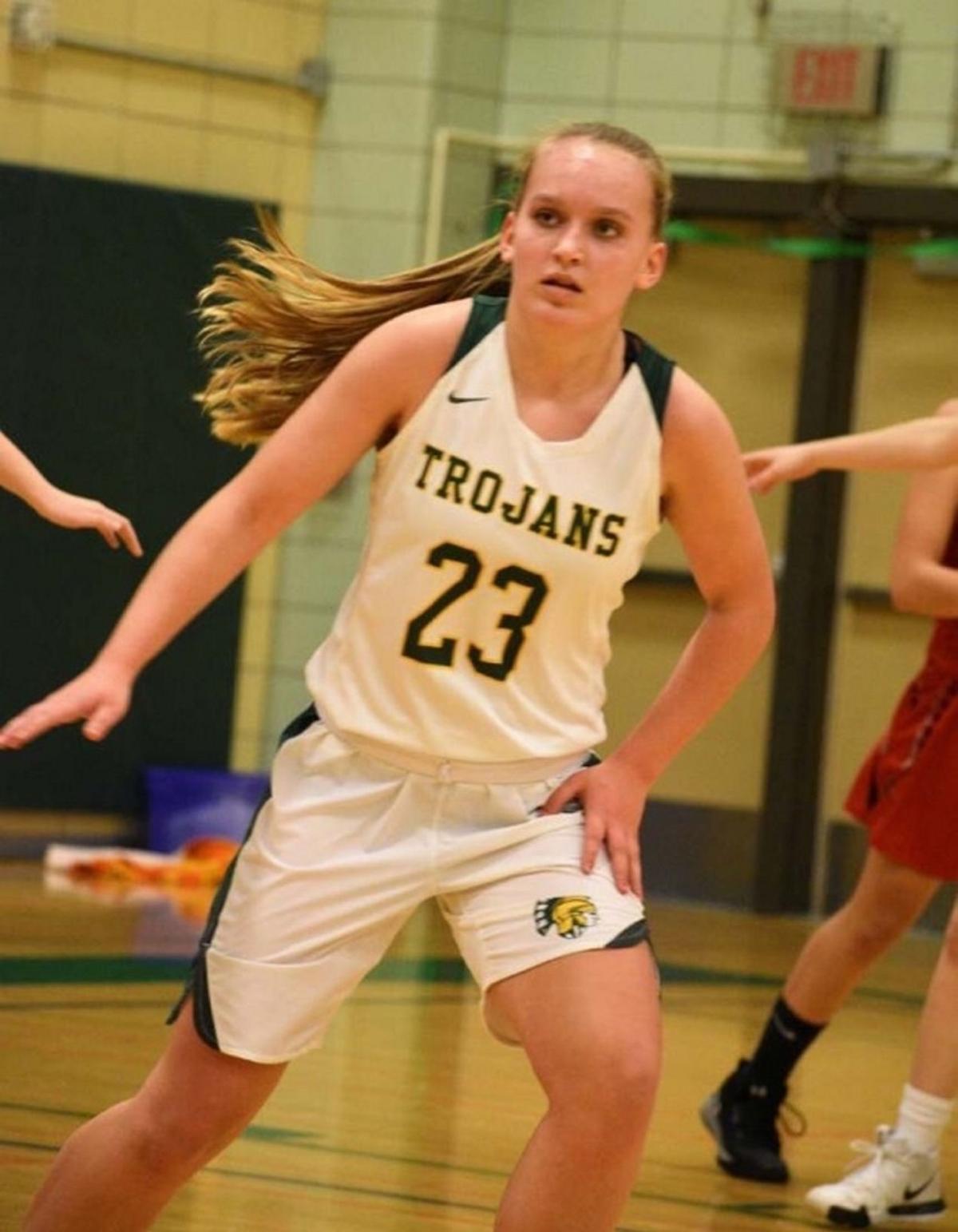 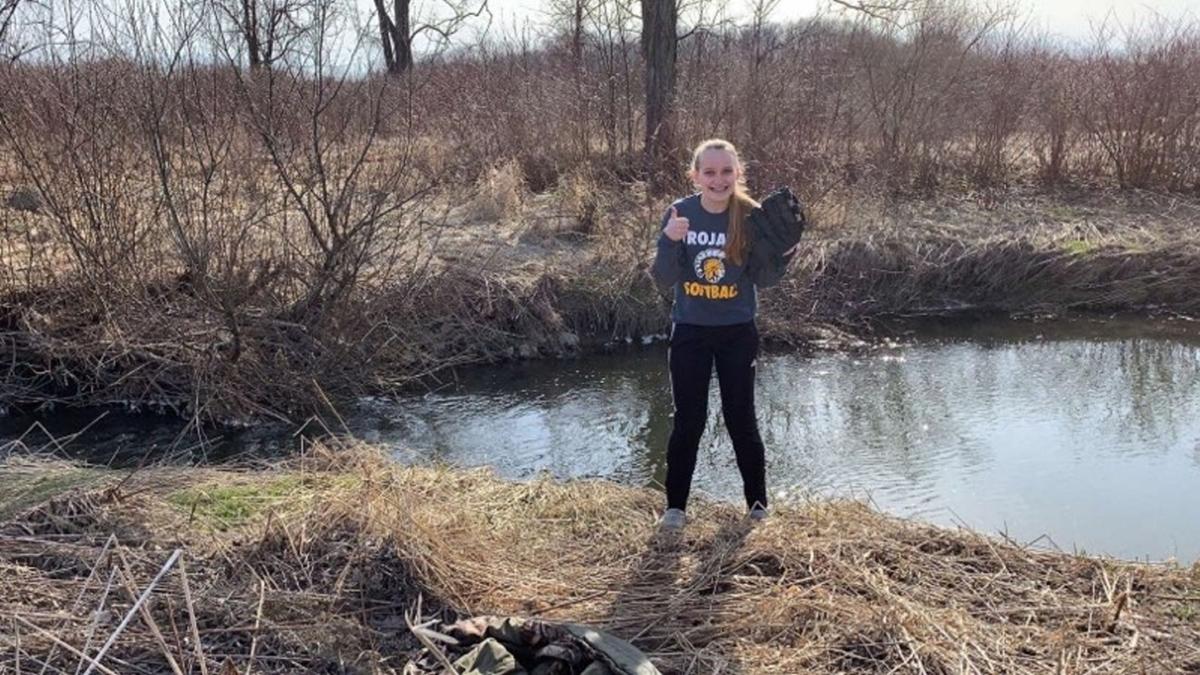 ALEXANDER — Alexander senior Taylor Fletcher had made herself known to Trojans athletics long before this spring. A multiple-year varsity starter for both soccer and basketball, Fletcher was set to enter her fourth varsity campaign for softball. Yet even with this season being taken away by the COVID-19 pandemic, Fletcher and her Alexander teammates found a way to make themselves relevant.

As part of the Section V Softball Challenge, the Trojans and head coach Dan Prong put together a video that showed each individual athlete in their own setting, in their own unique way. The video would go viral and garner national attention.

Fletcher, though, stole the show when she jumped into a freezing cold creek to make a diving catch in the video’s final scene.

“It was a lot of fun to make. It was just something for us to do in the first few weeks that we were sitting home doing nothing,” Fletcher said of the video. “Once we posted it, we saw that everyone was viewing it, liking it, sharing it and then the next thing we know Mr. Prong was getting texts and phone calls about people wanting to interview us. It went so viral that the USA Today even did a interview with some of us girls. I don’t think any of us expected for the video to go viral like it did.”

As for that dramatic end into the mid-March Western New York water?

“Jumping in the water was absolutely freezing,” she said. “We all thought it’d be funny to end the video like that so I took one for the team.”

For Fletcher, however, this will be the shining light of her entire senior athletic season.

A week before preseason practices began for soccer in August, Fletcher had the worst possible thing happen when she tore her ACL at a summer camp. And it happened with just a couple of minutes remaining before camp let out for the day — “I was trying to dribble past a girl and I somehow tripped, planted my foot wrong and the next thing I knew I heard a pop and was on the ground,” she said.

Next were the surgery and the extensive rehab and gone were the opportunities to complete her high school soccer and basketball careers. All was not apparently lost, as she worked her way back to be able to play this spring for a team that had its eyes on a run at a sectional block.

Then came the coronavirus and there went her senior season.

“To me it is the most heartbreaking thing. It was super upsetting for me because softball was going to be the first senior sport I could play (this school year),” Fletcher said. “I was very excited to finally play a sport. But beyond that, we were going to have a young talented team that I was very excited to play with. I knew from the first week of practice that it was going to be a successful season and for that to be taken away from not just me but everyone it is very upsetting.”

Last season, even without star pitcher Sam Sawyer, who missed the season with an ACL injury of her own, the Trojans still went 14-6. This spring, the majority of that team was returning and the sectional thoughts were very clear.

For Fletcher, she hit a cool .381 last season with 19 RBIs and 20 runs scored, but it is her work ethic and dedication to the team that makes her a standout athlete in Prong’s eyes.

“She’s a real team player, played multiple positions and hit all over the line up a for us the past three years, depending on what the team needed,” Prong said. “She never hesitated, just went out and did her job for the team.

“I could not be more proud of her for how she handled her injury, surgery and rehab,” Prong added. “She was dedicated to her work everyday. Her consistent determination and hard work rubbed off on her teammates who saw what she was doing to get back and help the team for this season and joined in doing extra work of their own.”

On a 16-3 team as a sophomore Fletcher started to make a name for herself on the diamond when she hit .280 with 20 runs scored and 15 RBIs.

On the soccer field as a junior, Fletcher scored two goals and had a pair of assists for a Trojans team that struggled to a 3-12 mark, while she also played a big part of the Alexander hoops team during the winter of her junior year.

For her, just being a part of athletics at Alexander has been a special experience for Fletcher. There was a Genesee Region League title and more than enough memories and friendships made and it is something the graduating senior will never forget.

“It’s honestly been an honor to play for Alexander. It has been a blessing to have such amazing coaches and teammates that are like family to me,” Fletcher said. “It’s been fun to be part of Alexander’s athletic programs but what makes it special are the people who have helped me along the way. It’s not often that coaches will do anything for both you as an individual, as well as the team as a whole. On top of having incredible coaches, it’s been awesome to have the overwhelming support of the community as well. We are Alexander strong.”

The viral softball video garnered over 5,000 views on Twitter in its first 24 hours, making the Trojans softball team immediate internet stars. Some will be back next season to make new memories, but Fletcher will have to live with the ones she already made.

Next year she will be attending Genesee Community College and continue to play both soccer and softball, another of the GR League athletes that will be making the two-sport switch to college. And Prong knows that she will continue to be successful, despite the tough times the world is currently living through.

“With our season being canceled, I feel bad for all of the girls but especially Fletch,” Prong said. “She had worked so hard to come back for the spring season and have a successful senior season. But I know that with the work ethic and determination she established through this difficult time, she will be successful in anything thing she does going forward and that’s something to be proud of.”

Like every other high school senior during this difficult stretch, Fletcher has had to adjust to what life has become in the last two months.

It certainly hasn’t been easy but she is trying to take things in stride as they come. There are aspects of life and athletics that have been unceremoniously absent because of the pandemic, but there are lessons to be learned as well.

“It’s been very upsetting knowing that everything I have looked forward to the last few months of my senior year has been taken away from me,” Fletcher said. “The most important thing that I has learned throughout my senior year and during this time is to not take things for granted. It seems cliche but anything can be taken away from you at any given time. I have also realized how important socialization, my family and friends are in my every day life. It’s very different not being impacted by them everyday.”