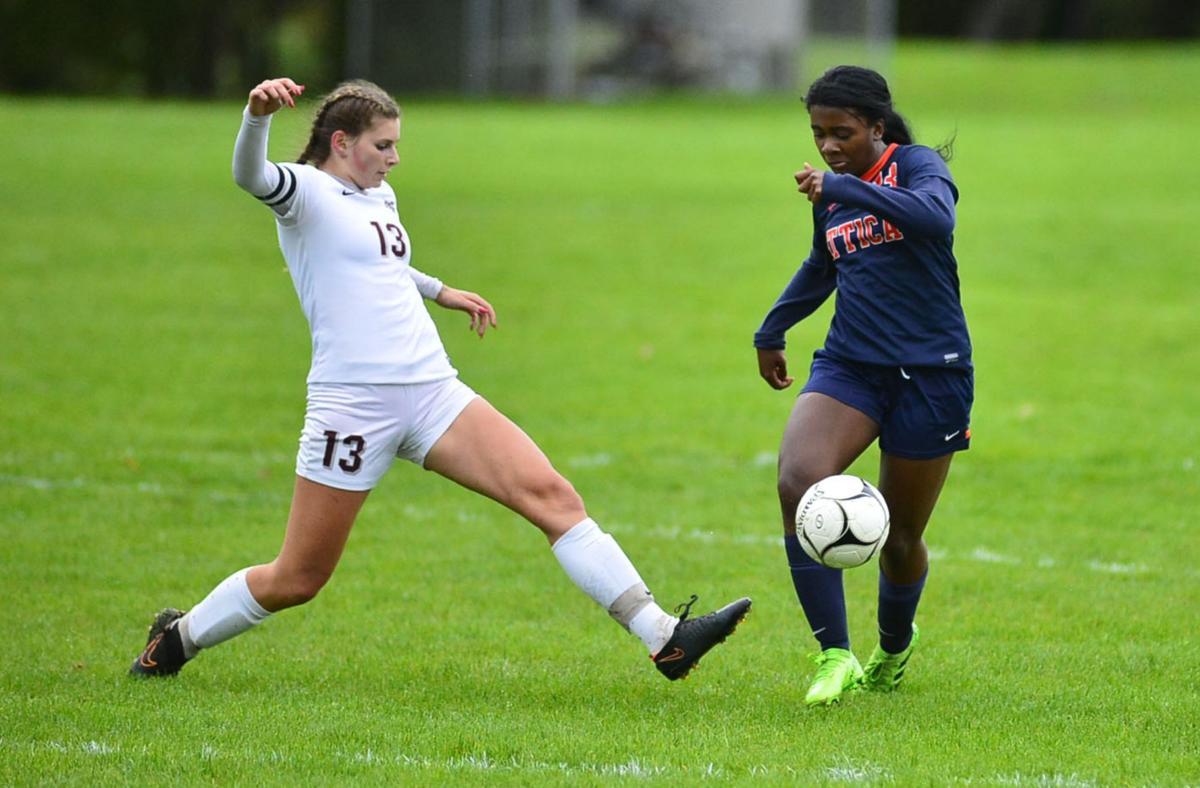 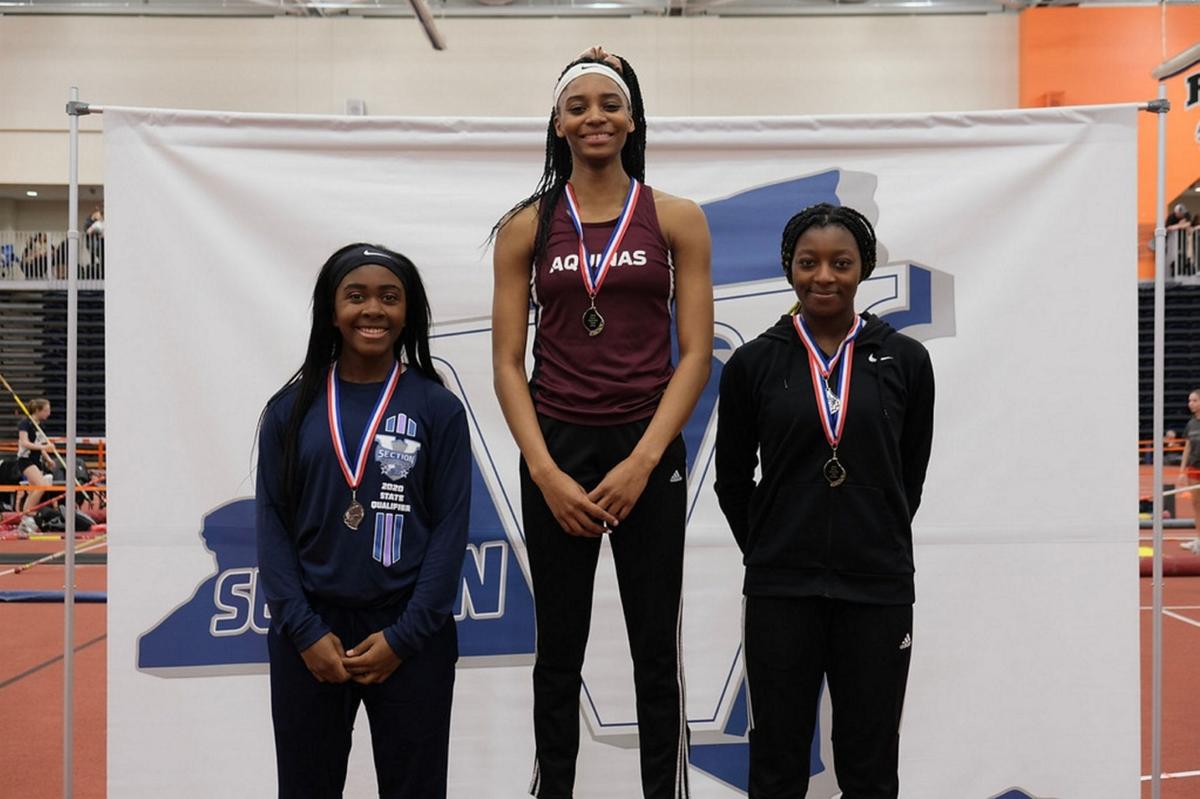 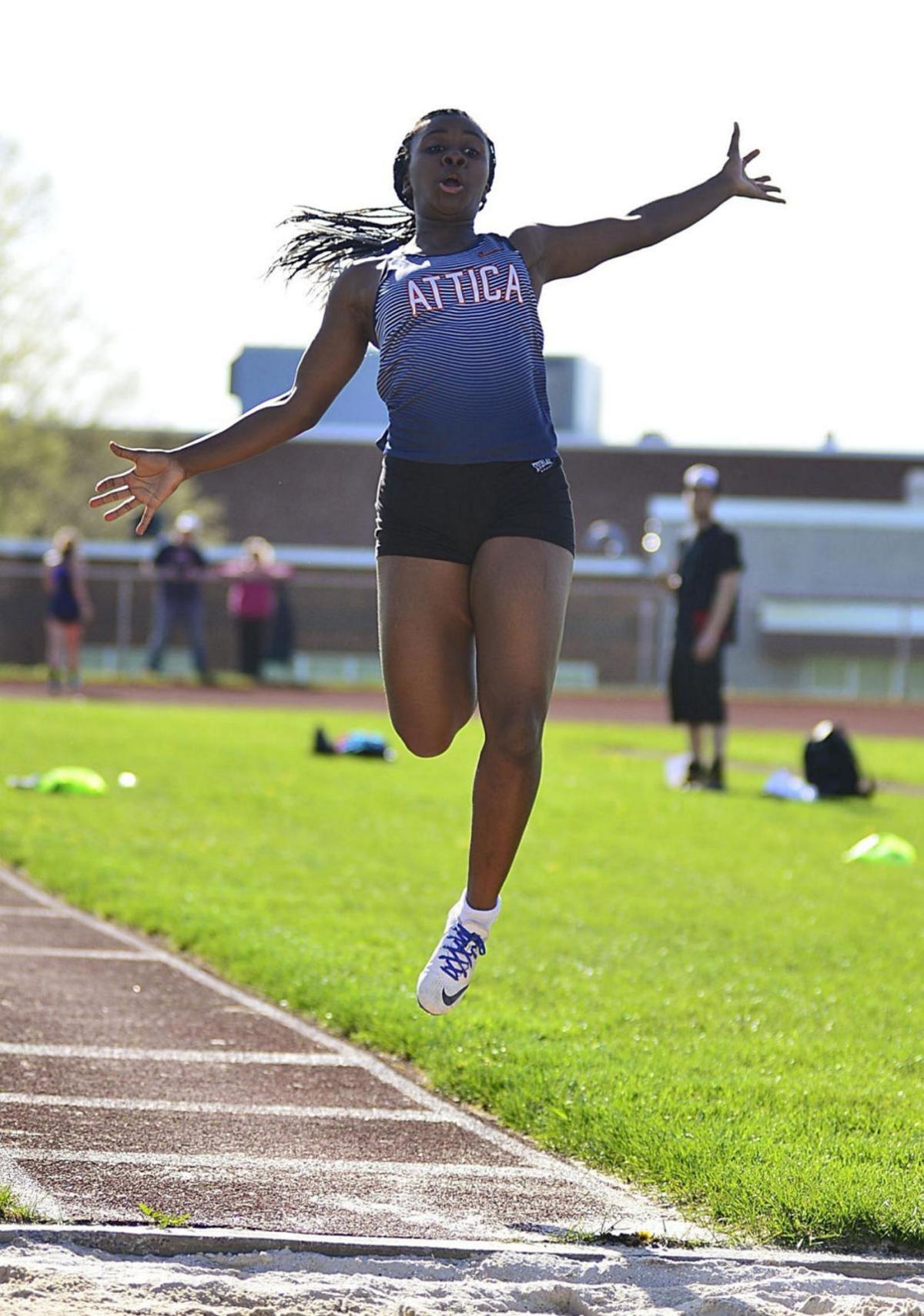 Daily News file photoOne of the top jumpers around, Attica senior Emily Tait will be heading to Campbell University next season. 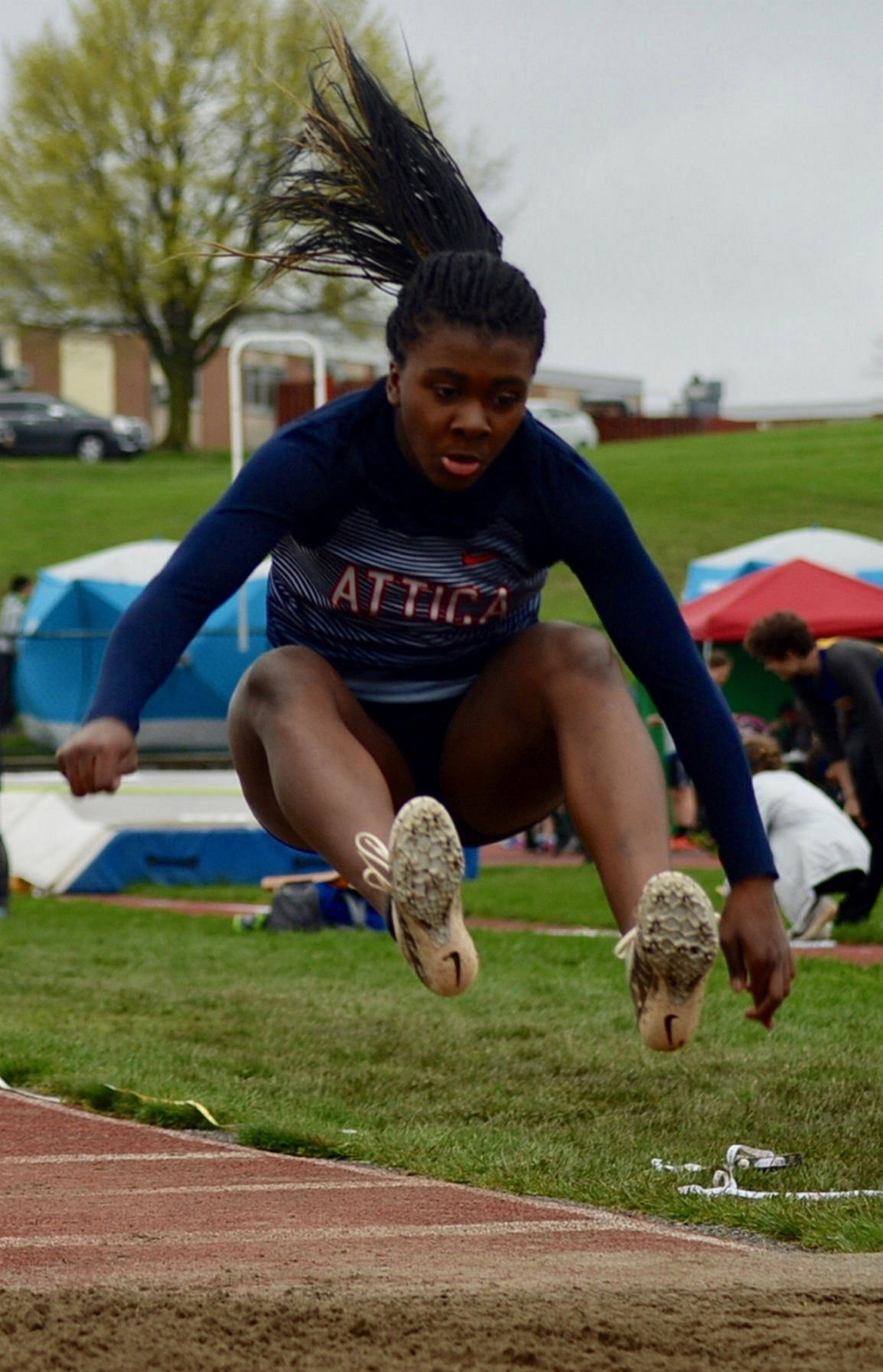 Daily News file photoAttica’s Emily Tait will be heading to Division I Campbell University next season to compete in track and field.

Daily News file photoOne of the top jumpers around, Attica senior Emily Tait will be heading to Campbell University next season.

Daily News file photoAttica’s Emily Tait will be heading to Division I Campbell University next season to compete in track and field.

ATTICA — For Attica High School senior Emily Tait, she had already been an accomplished athlete before heading into her final year with the Blue Devils. Yet it was a rather last-minute decision that could have possibly reshaped her further athletic career.

Without knowing that COVID-19 would take away her second straight outdoor season, making the decision to try indoor possibly helped lead her to a Division I scholarship at Campbell University in North Carolina.

Yes, Tait is going to be a Fighting Camel.

“It was my senior year and I was really serious about taking track to the next level and I figured if I did both indoor and outdoor it would be beneficial,” Tait said. “Probably doing the two seasons of track was more ideal when I was looking at colleges so I figured I would do both to have more choices at college.”

After having a complementary role on the 14-7 Attica hoops team in 2018-19 when she was a defensive specialist and averaged three points per game, Tait made the switch this season and excelled right away. This would have been her third varsity basketball season.

After winning at a number of meets throughout the regular season, Tait went on this winter to be the only Blue Devil to score at the Section V Class C meet when she came in second in both the long jump and triple jump.

Second in both to just Aquinas senior Nia Williams-Matthews, Tait recorded an 18-04.5 in the long jump and a 38-09.75 in the triple jump. Williams-Matthews will be heading to compete in track and field at Youngstown State in the fall.

And out of that decision and what has transpired this spring, Tait is going to come away with a valuable lesson.

“I’m going to learn that everything happens for a reason,” she said. “I almost didn’t do indoor track and if I had not done that I would have gone off with basically nothing to give colleges. I’m just happy that I did indoor at least.”

For Tait, a multiple-time Genesee Region League All-Star who competed at the Junior Olympics way back in 2016, the decision to attend Campbell wasn’t a difficult one.

Also with looks at the University at Buffalo and a number of west coast schools, Campbell was clearly the right choice.

“My aunt lives in North Carolina and Campbell is really close to my family down there so I would be close to family and also when I was talking with the Campbell jumps coach he was really optimistic and really nice and he wanted to take a chance on me,” Tait said. “I trusted him and I really wanted to go to Campbell to see what he could do with my jumping.”

As for going Division I?

“It’s very exciting,” she added. “It’s been my dream since eighth grade when I started track and field and I’m really excited to take it to the next level.”

Despite missing the vast majority of her junior year, Tait returned in time for the state qualifier where she would finish a solid third in the long jump with a leap of 16-09. That was coming off of an impressive sophomore season in which she won GR titles in the long jump (17-05.25) and the triple jump (37-07.75) to go with a second place finish in the 100.

That same season she would go on to win the Section V Class B title in the long jump and finish second in the triple jump. To miss this season as well has just been a rough thing to have to deal with.

“It’s very disappointing, for us seniors it’s a must (to have that last season) for all of our of sports,” Tait said. “But even for the juniors and sophomores it’s had to have been bad to have their spring season taken away.”

A three-year varsity starter in soccer, Tait led Attica with six goals and 13 total points this past season. And thinking back, it was always soccer that took her main focus, so the idea of going Division I for track and field was never in the thought process.

“Not really but looking back when I was in seventh grade track wasn’t even my main sport, it was soccer,” Tait said. “I would have never thought I’d be going Division I for track right now. It’s crazy to think that right now I’m doing that.”

Coming from a school with a proud athletic history such as Attica makes it all the more special. Having a chance to wear the blue and orange for as long as she did was something she doesn’t take for granted.

And now being one of the rare Blue Devils to make the leap to the Division I level, it is something she is very proud of.

“It’s very honorable,” she said. “It’s a great community all around and with all the sports we really represent Attica. It’s a small town but sports is really big out there.

“It’s very exciting,” she added about going to Division I Campbell. “I feel like I’m one of the first ones and there’s going to be a lot more to follow because they’ll be inspired to do that so it’s pretty exciting to be doing it.”

Yet like everyone else right now, Tait is living through unprecedented times. Not only has her final high school sports season been taken away, but everything else that she once considered normal life.

Clearly something not everyone will get over quickly, Tait is just trying to take it in stride.

“It’s shocking, I knew the whole COVID-19 situation was getting big but I never expected school to get cancelled and all these other events, so it was a big realization these past weeks,” she said. “It’s devastating.”