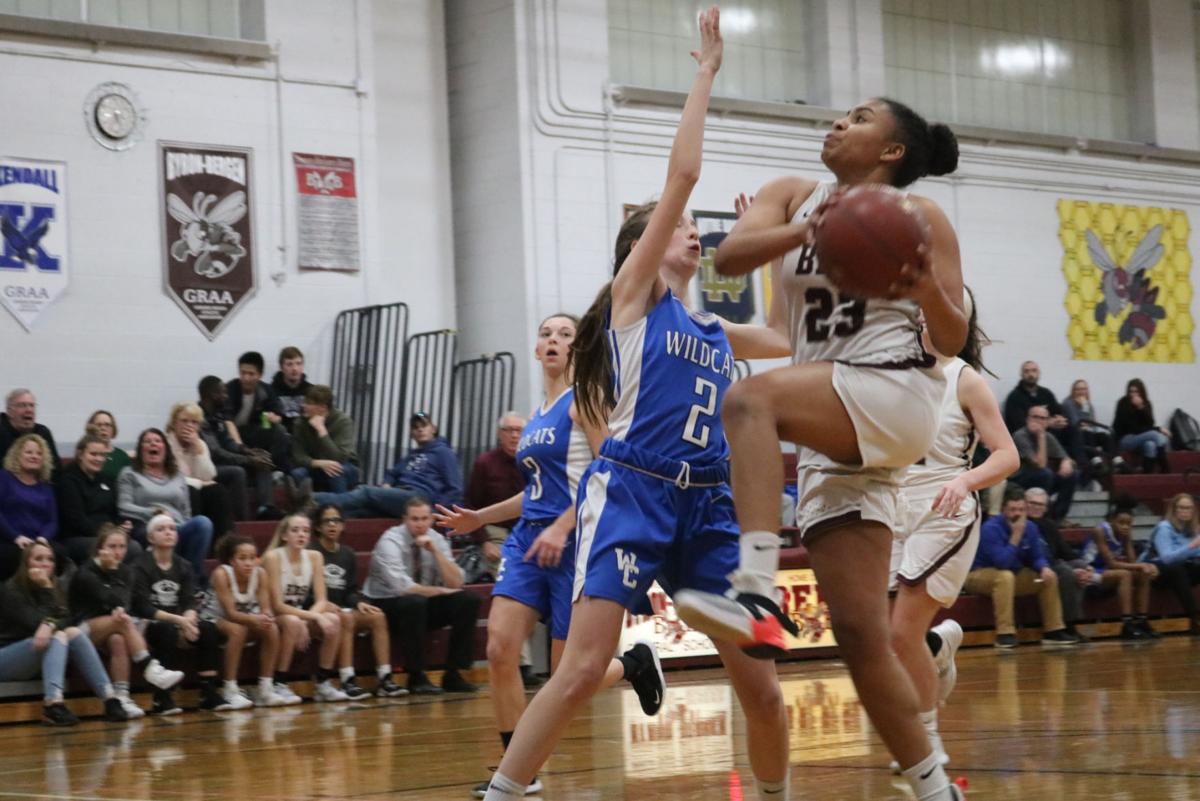 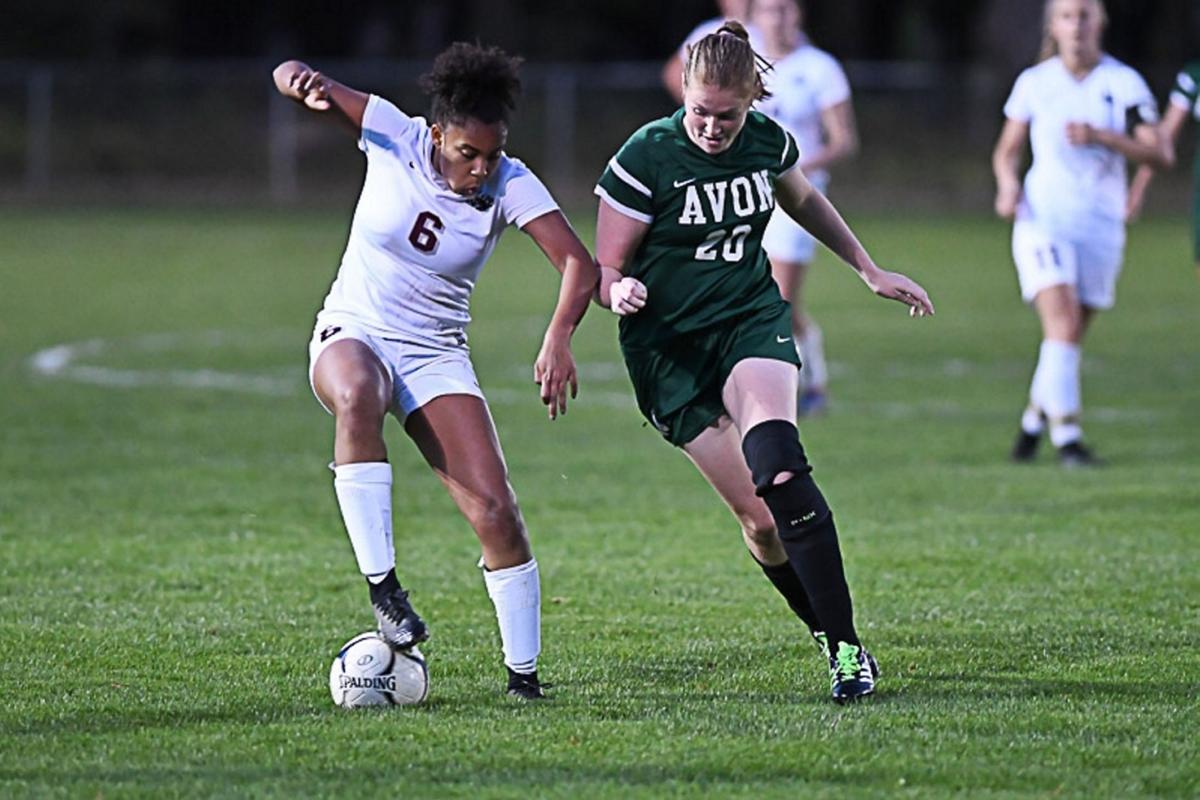 Daily News file photoByron-Bergen’s Miriam Tardy put together one of the best careers in Bees history with 80 goals and 187 total points. 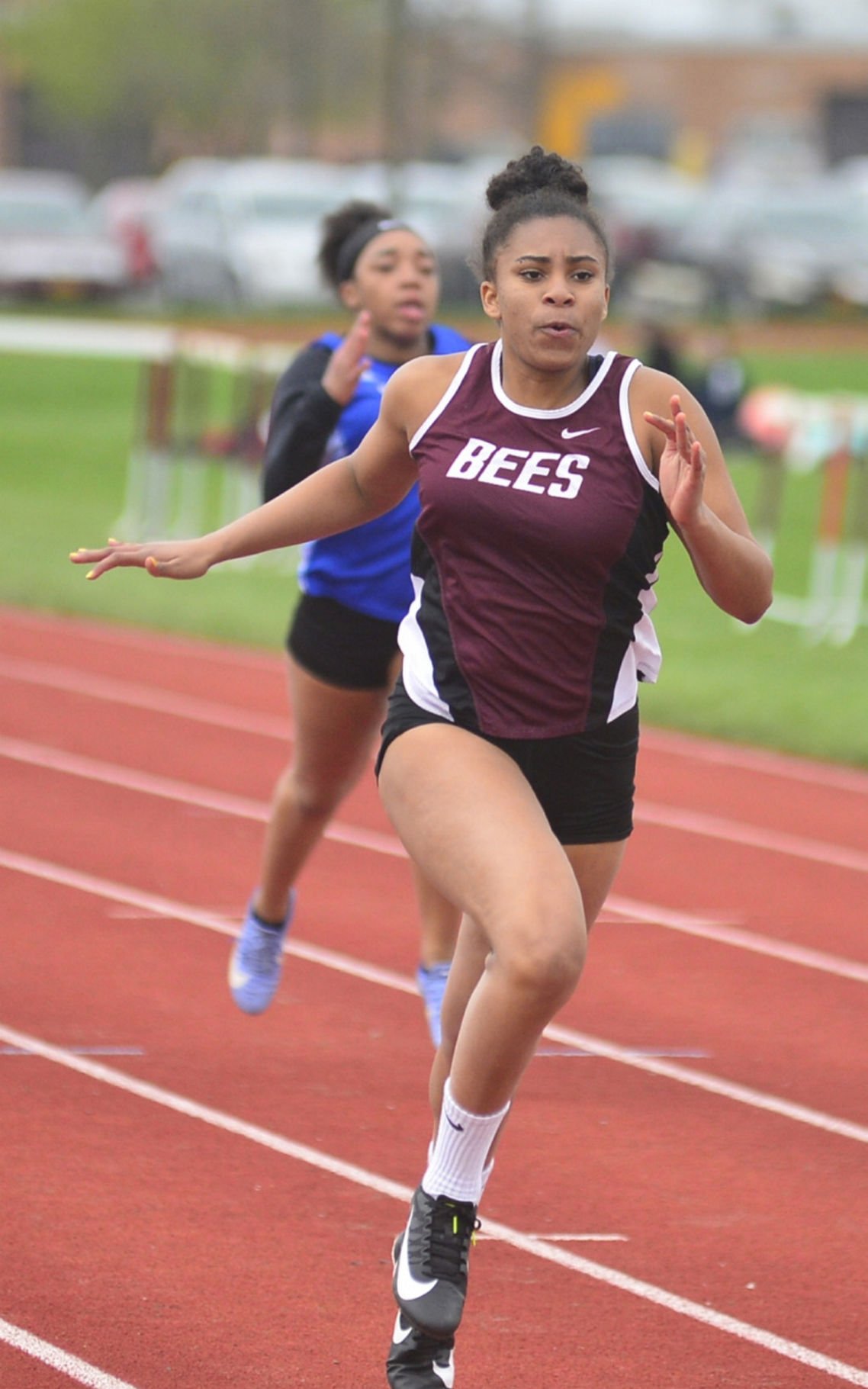 Mark Gutman/Daily NewsAlso a tremendous track star, Miriam Tardy was set to compete in her sixth varsity season for Byron-Bergen this spring. 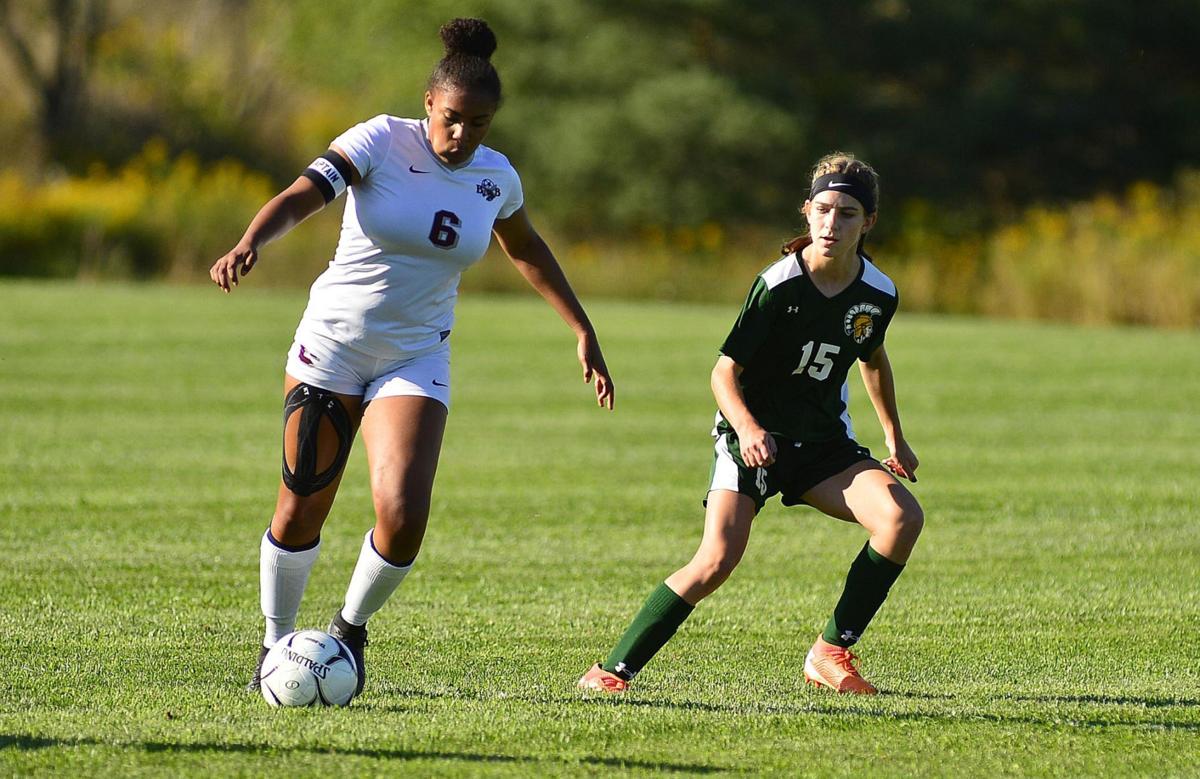 Mark Gutman/Daily NewsMiriam Tardy, left, will be heading to SUNY Geneseo in the fall to play both soccer and track and field.

Daily News file photoByron-Bergen’s Miriam Tardy put together one of the best careers in Bees history with 80 goals and 187 total points.

Mark Gutman/Daily NewsAlso a tremendous track star, Miriam Tardy was set to compete in her sixth varsity season for Byron-Bergen this spring.

Mark Gutman/Daily NewsMiriam Tardy, left, will be heading to SUNY Geneseo in the fall to play both soccer and track and field.

BERGEN — When word officially came down on Friday morning from New York State governor Andrew Cuomo that schools would remained closed for the rest of the academic year, all sports for the season came to an expected end.

With that also saw one of the longest and most accomplished high school careers in Byron-Bergen history unceremoniously come to completion.

For more than half a decade, Bees senior Miriam Tardy had been on at least one varsity team. In all, this spring was set to be the B-B star’s 14th varsity campaign, a nearly unprecedented feat of longevity, although she unfortunately will not be able to finish it out the way that she wanted to.

“It’s really different, most people have never experienced anything like this before,” Tardy said on Thursday before spring sports were officially cancelled. “We’re trying our best to keep looking at the positives.

“It’s really difficult. Track is my favorite sport,” she added. “I love running and the team, all the kids are so nice. It’s difficult not seeing their faces every day, having looked forward to this the whole year and now not knowing.”

For her high school career, Tardy spent six seasons on the varsity track team, with four more coming in both soccer and basketball and in each one she was a vital part of the team. During her tenure she earned four Genesee Region League all-star nods in soccer and three more in track and field — with a fourth more than likely coming this season — so there are plenty of great memories to look back on.

The final ones, though, will be missing.

“Last year in sectionals I had PR’d and just broken 13 seconds for the first time (in the 100) and I was really looking forward to pushing forward and to keep doing that this year,” Tardy said about the spring.

The sprinter finished a close second in Class C in the 100 with a time of :12.95 last spring and she would advance to the state qualifier, where she finished a solid fourth.

And though being the youngest one on the varsity squad for many years can be daunting to a young athlete, Tardy had the complete opposite experience at Byron-Bergen.

“It’s been really awesome,” she said of her long varsity career in three sports. “Most of my varsity career I’ve always been one of the youngest people on the team and I really looked up to the older girls on team. Now that I’m a senior I’ve been able to take the leadership skills that I’ve learned from them and put that to myself.”

Tardy will also go down as one of the top players in B-B girls soccer history.

A two-time team captain, she would finish her time with the Bees with 80 goals and 187 total points; this past season the forward led the way with 29 goals and 10 assists for a team that finished a strong 15-3.

In fact, throughout her four-year varsity career on the pitch the Bees went a combined 52-16-3.

And her talents are leading her to the next level as well.

Earlier this year, Tardy committed to attend SUNY Geneseo to study childhood education and to continue both her soccer and track and field careers.

“Miriam is an exceptional student-athlete,” said Byron-Bergen athletic director Rich Hannan when she signed to attend Geneseo. “She is a talented soccer player, but she is also a great person and a great role model. We are all cheering her on.”

And while her own individual talents have helped to get her to where she is today, she knows that the longtime varsity experiences that she was able to have also had a major impact on where she is able to keep going.

“The girls ahead of me were all welcoming and very kind and they were all such strong soccer players and being able to play with girls that were that strong helped me to grow and become a stronger player,” Tardy said.

Also a key contributor to the hoops team and head coach Rick Krzewinski, Tardy put together a stellar and underrated basketball career as well.

As a junior she averaged nine points, 7.5 rebounds and three assists per game, while this year she upped that to 10.6 points to go with 5.3 rebounds, 3.3 assists and 2.7 steals per night on a Bees team that finished at 18-5, although they were upset in the Class C1 semifinals by upstart Letchworth.

It was a positive season nonetheless.

“Last year was not our best year so going into the season we didn’t know where we’d be,” Tardy said. “We knew we wouldn’t be toward the bottom of the half of the bracket but we didn’t know if we’d be in the top three or four. Coach was like ‘this is going to be our year, we’re going to turn some heads, we’re going to come on strong.’”

Despite a tough, losing season in 2018-19, Tardy’s four varsity hoops teams still managed to go a very respectable 50-39 through four years while playing in a tough Genesee Region League.

However, that is all unfortunately over and Tardy has to begin to start looking forward to the next stage of her athletic and academic career, something she knows won’t be easy to juggle — especially playing two sports.

“I know I’m going to really have to have the mentality of getting my work done and going to practices so I’m really going to have to figure out my schedule and everything,” Tardy said. “That’s going to be difficult but once I get that down I should be able to do it.

“I love all three sports but I’ve always had the mindset that I love track and I love soccer and how am I supposed to choose?” she went on to say. “Luckily I haven’t had to choose one over the other.”

Quite the well-rounded student-athlete, in every sense of the word.

“I knew there were lot of amazing students ahead of me,” Tardy said about her career. “Our school has had so many great athletic students so to be able to accomplish that it’s just been great.”

But before she heads to Geneseo, it’s pretty simple as to what she would like to see happen for every day life.

“I just really hope this is very close to being over and it’s just a temporary situation,” she said. “Being able to spend time with my family (has been great) and just cherishing those moments more of being able to be with my friends, I’m looking forward to doing that again.”