ProvidedElba senior Lauryn Engle will be heading to Alfred State College this fall where she will play softball for the Pioneers. 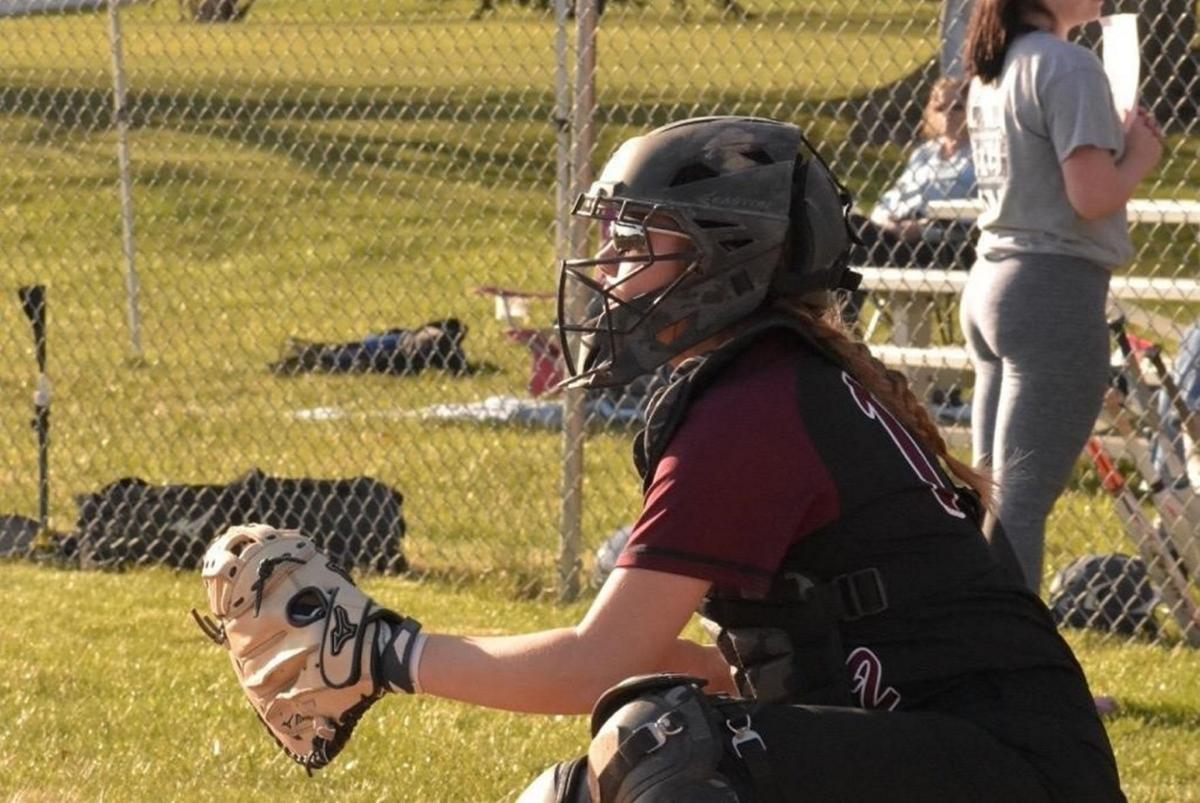 ProvidedElba’s Lauryn Engle did an outstanding job behind the plate for the Lady Lancers, earning three GR all-star honors. 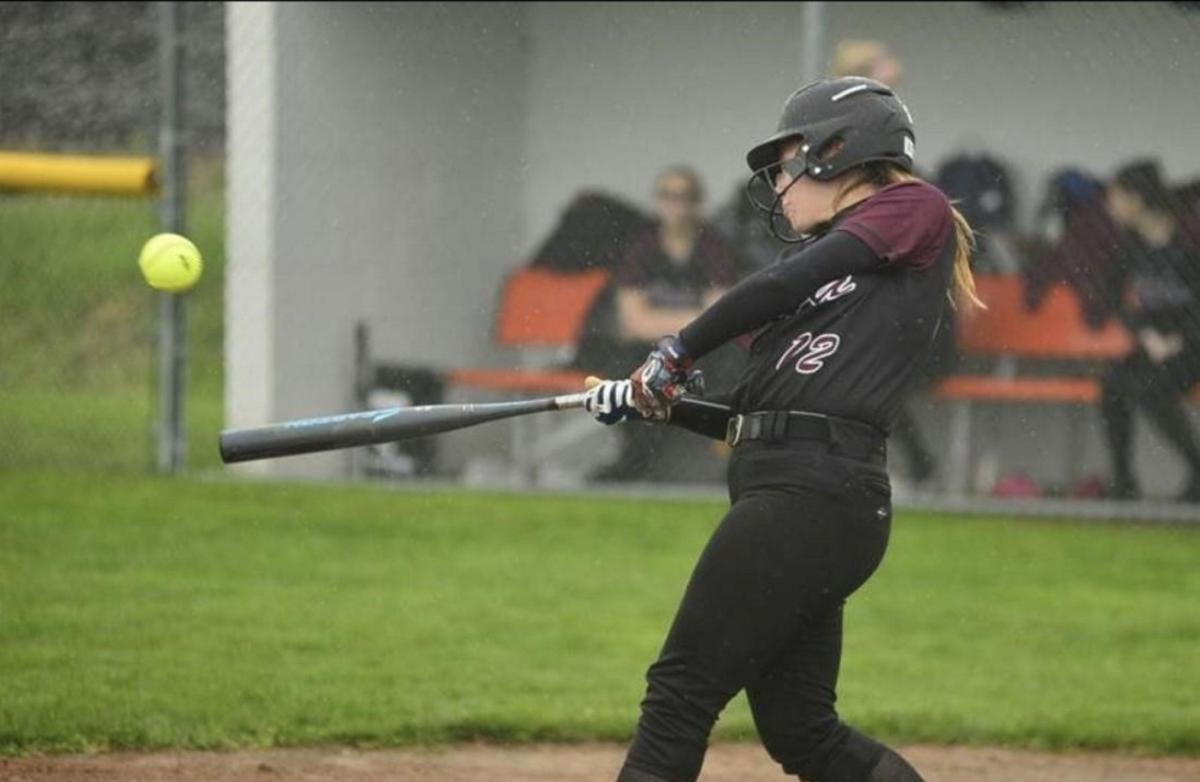 ProvidedElba’s Lauryn Engle was a full contact hitter for the Lady Lancers. 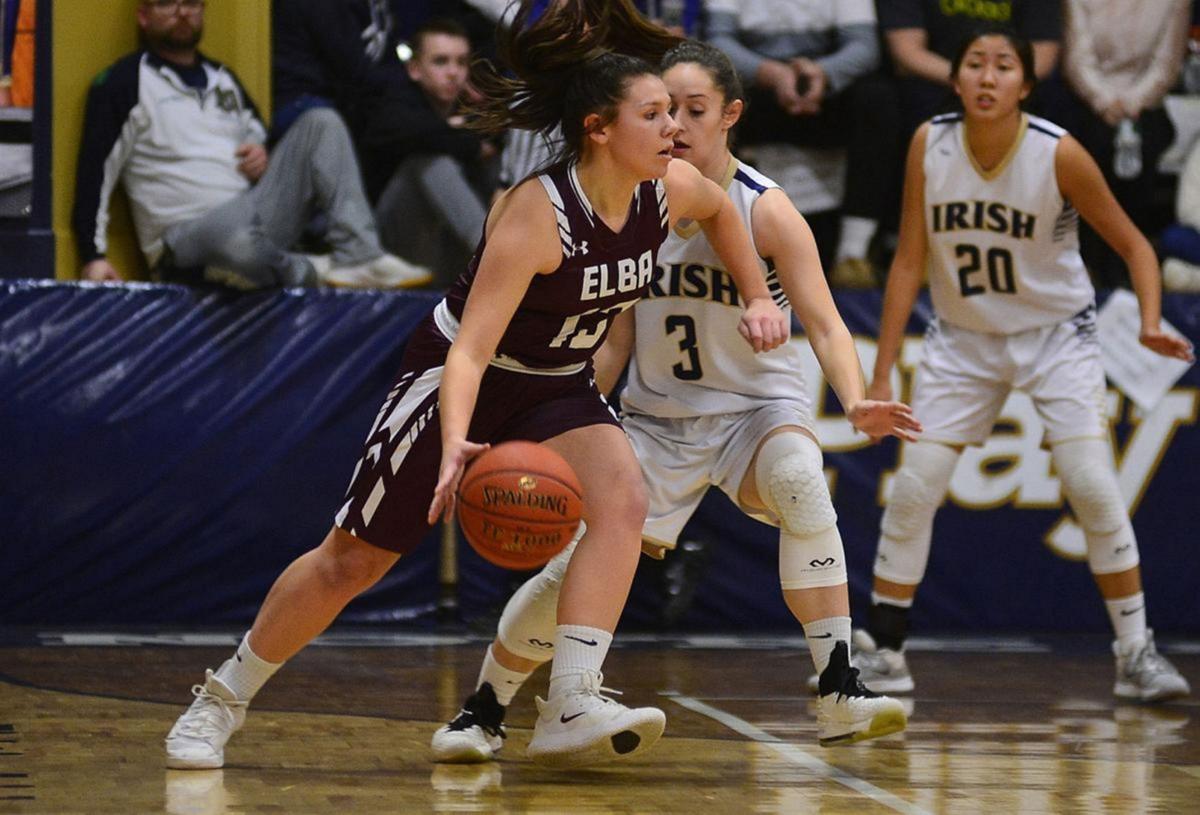 Daily News file photoElba senior Lauryn Engle finished her career being a part of five sectional titles for the Lancers, four in basketball. 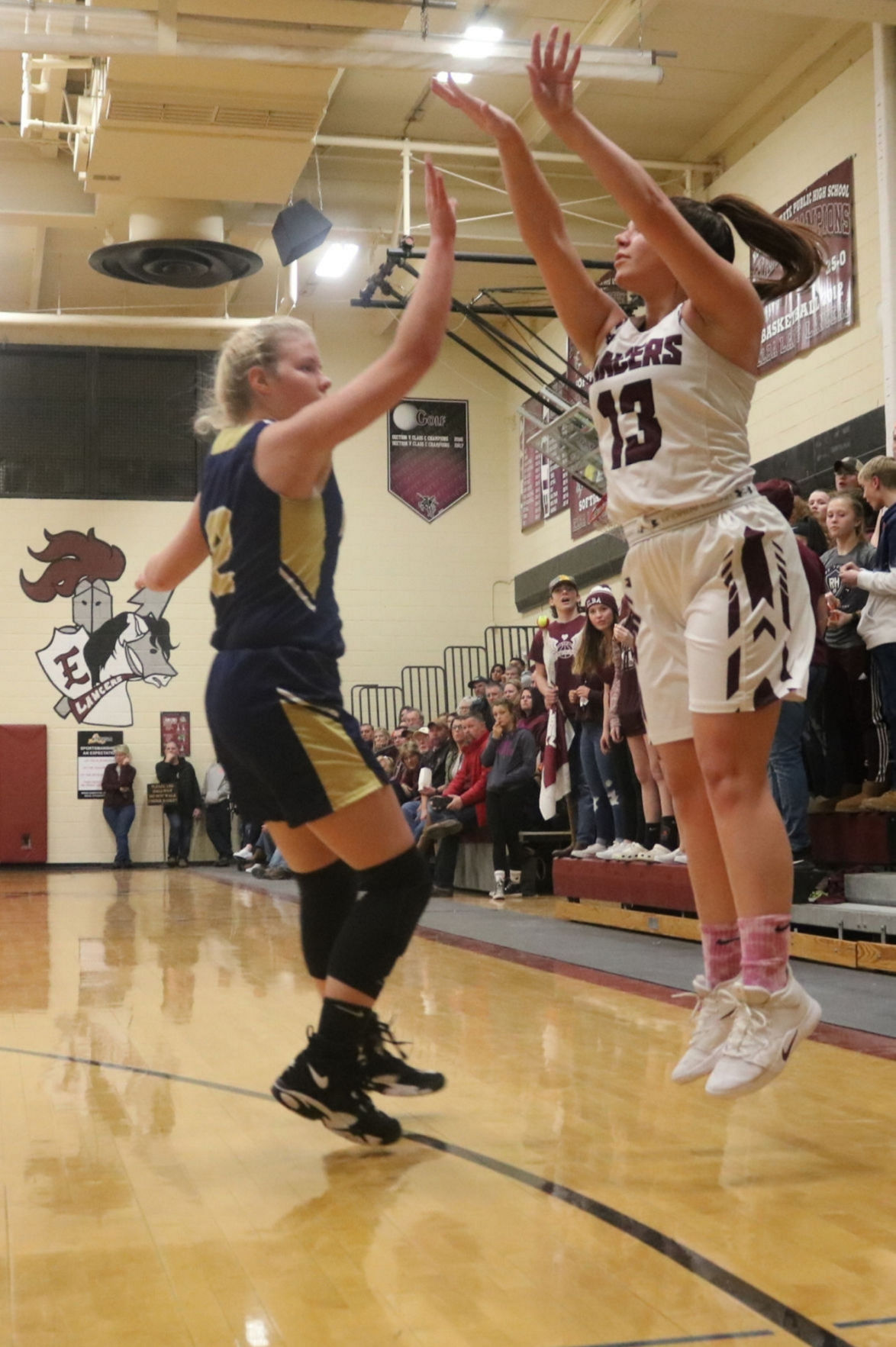 ProvidedElba senior Lauryn Engle will be heading to Alfred State College this fall where she will play softball for the Pioneers.

ProvidedElba’s Lauryn Engle did an outstanding job behind the plate for the Lady Lancers, earning three GR all-star honors.

ProvidedElba’s Lauryn Engle was a full contact hitter for the Lady Lancers.

Daily News file photoElba senior Lauryn Engle finished her career being a part of five sectional titles for the Lancers, four in basketball.

ELBA — This spring would have marked Elba senior Lauryn Engle’s 10th varsity season between her seasons with the Lancers softball and basketball teams and her time with the Oakfield-Alabama/Elba volleyball team.

And after all these years she was finally the upper-statesman for the Lancers — she was the only senior on another Elba hoops title team in the winter and she would have been the only senior on the Lancers’ softball team, had there been a season. She was one of a number of seniors on the volleyball court, but only one of two from Elba.

This spring certainly brought a second dose of bad news for Engle and her Elba teammates. After seeing the basketball season cut short before the Far West Regional because of COVID-19, she was looking forward to this final season of her stellar high school career, only to see it taken away before it could begin.

“Not being able to have a shot at States for basketball when I knew we had an extremely good chance at it my senior year sucked,” Engle said. “We all worked so hard only for it to be cut short one day coming to practice. We all thought we would just have to play our games without spectators but when our shot at States was taken away and the last of my senior basketball season was taken away from me I had no idea how to feel. We all sat in the gym and cried and hugged for what felt like forever.”

Then came the second disappointment of her final high school year.

“When I found out that my last ever softball season was being taken away I felt as if the world was against me,” Engle added. “I always knew that my senior softball season would be sad but I did not think I wouldn’t ever step on our field again wearing an Elba jersey. Lots of tears were shed but all I can think about is that I still have college softball and to make new friends and play the sport I love.”

Signed to play softball at Alfred State next year as a freshman, Engle has been a part of a great run while at Elba for girls athletics.

As she was about to enter her fifth varsity campaign on the dirt diamond, Engle was a part of the 2017 sectional-winning softball team, one that made a little bit of history, whether or not it was a pleasant history.

Midway through the season the Lancers’ then-head coach Steve Chiocco was dismissed from his duties, leading to then athletic director Karen Cusmano finishing the season in the dugout.

Elba didn’t miss a beat and rolled through the Class D2 tournament for the block before avenging a late-season loss to Lyndonville in the state qualifier game; the Lancers’ run would eventually end at the hands of North Collins in the Far West Regional.

In her first of three Genesee Region League All-Star seasons, Engle — a catcher — batted .306 with four doubles, one triple, a home run, 14 runs batted in, 15 walks and seven stolen bases.

And she just kept getting better.

In her sophomore season she hit .393 with a team-best six triples and 22 RBIs, while she also added two home runs and one double, while swiping four bases and producing a .500 on base average. Behind the dish she had a .951 fielding percentage along with 123 putouts, 14 assists and also threw out 12 runners trying to steal.

Last spring she was simply outstanding as she led the Lancers with a .510 batting average to go with an on-base percentage of .586, five doubles, one triple, 24 RBIs and six walks, to go with a .987 fielding percentage.

Majoring in Vet Tech, Engle is absolutely exited to finally be getting back on the field.

“I am really looking forward to continuing to play softball at the collegiate level as it’s always been a dream of mine,” she said. “My love for animals has always been an important part of my life and something I’ve wanted to do from the time I was a little girl was help take care of them. So this helped me make my decision to go to Alfred State as the Vet program they have is nationally ranked. So it doesn’t get any better, I get to play college softball and get my college degree for Vet tech and go on if I decide to.”

On the basketball court, Engle was a part of Elba’s four straight Section V Class D2 title and this season she earned her first GR All-Star selection for the 22-2 Lancers, who got by upstart Pavilion in the Class D state qualifier to advance to their third straight Far West Regional final.

Engle had a solid senior year averaging 11 points and seven rebounds per game, while she also connected on 66 3-pointers for the season.

A main contributor the last three seasons, Engle was a part of Elba teams that went a combined 65-8 to continue their run as the top Class D team in Section V.

“Elba sports have given me so many amazing memories, many of which consist of winning five sectional titles throughout my high school career, four during basketball and one during softball,” Engle said. “Being surrounded by such an awesome community and winning four consecutive basketball sectional titles and making it to the Far West Regionals three years in a row is something I will always remember. Winning sectionals in 2017 for softball is a memory that I will never forget and I believe that this season, my senior softball season, we could have made a good run at sectionals.”

Along the way, Engle — who will graduate fifth in her class and is a three-year National Honor Society member — has had a number of coaches who have impacted her along the way.

Starting with her father, who coached her until she was 12, to a catching coach she went to when she was 12, to Chiocco — “who impacted me the most out of the five years I have played Elba softball. He always believed in me and in my first year on varsity as an eighth grader he knew he could count on me to step in for our teams starting catcher due to an injury. He always pushed me to be my best and always gave the best advice no matter the situation, he’s been such a huge part of my softball career and always will be.”

There was then Cusmano and Regis Pollard, as well as Tom and Marci Redband and Kenzie Bezon in hoops ... so many talented coaches, so little time. Engle has been aided by each and every one in numerous ways.

And even though it is all ending in a way that no one would have expected, Engle will always fondly recall what it meant to be an Elba Lancer.

“The memories and experiences playing sports at Elba has given me so much to look back on and to appreciate everything, even if my senior year got taken away from me,” she said. “I will always cherish the friendships and opportunities Elba sports have given me and if I could leave anything to the kids coming up on their senior year, enjoy it, take in each day because it can be taken away before you know it.”