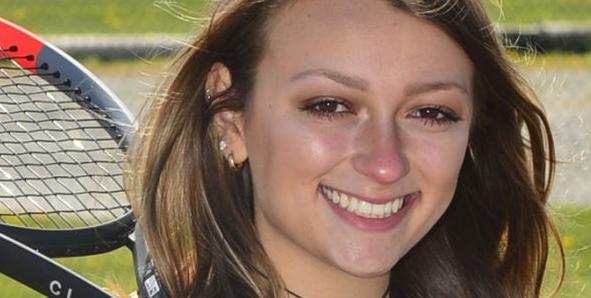 Mark Gutman/Daily News Elba’s Izzy Riner earned 12 varsity letters forthe Lancers and is considered one of the area’s top tennis players competing at first singles. Last year she was seeded No. 2 at the Section V Championships. 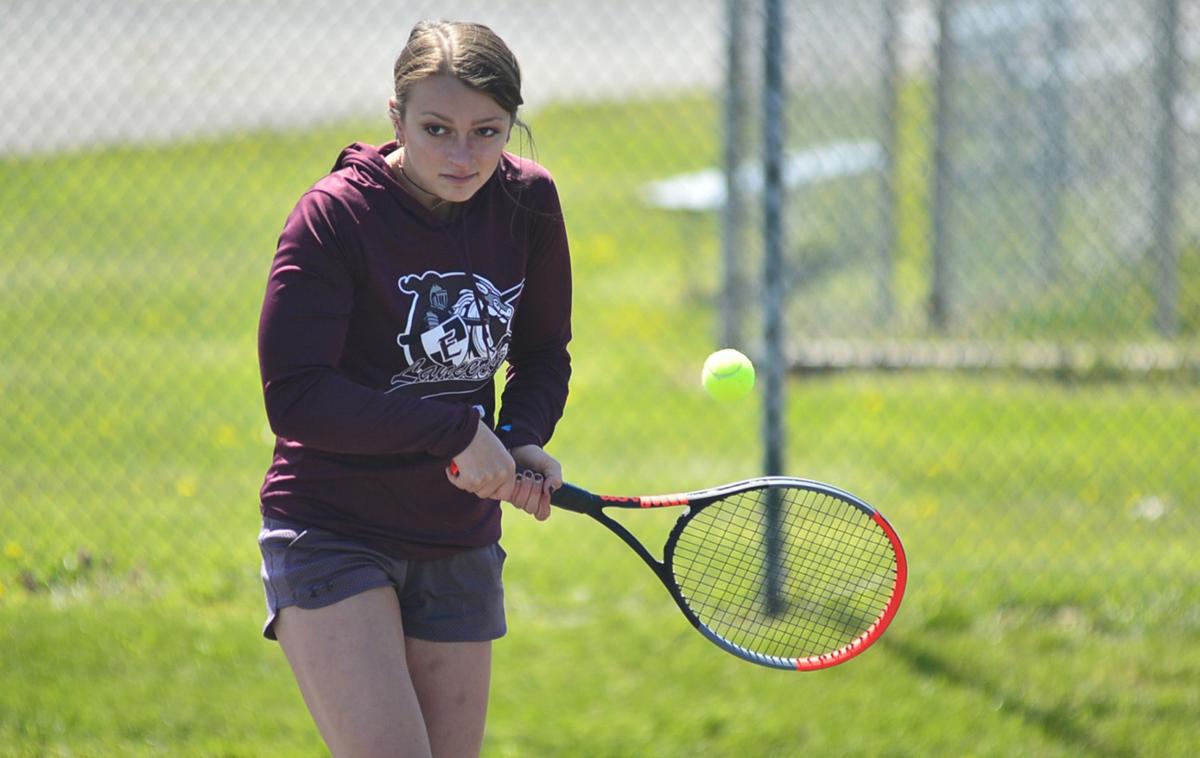 Mark Gutman/Daily NewsKnown for her outstanding backhand, Izzy Riner was a five-year varsity tennis player for the Lancers, including first singles the past three years. 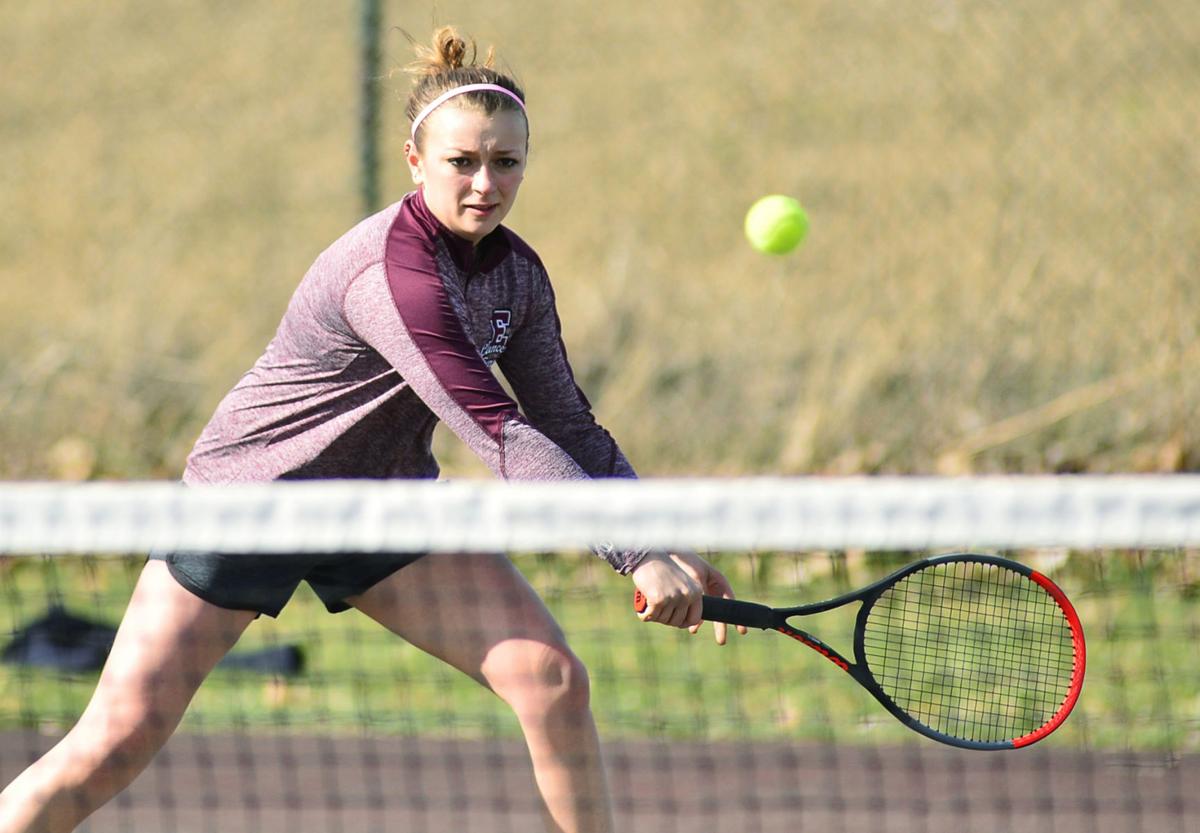 Mark Gutman/Daily NewsElba’s Isabella Riner during a victory last year at first singles for the Lancers. 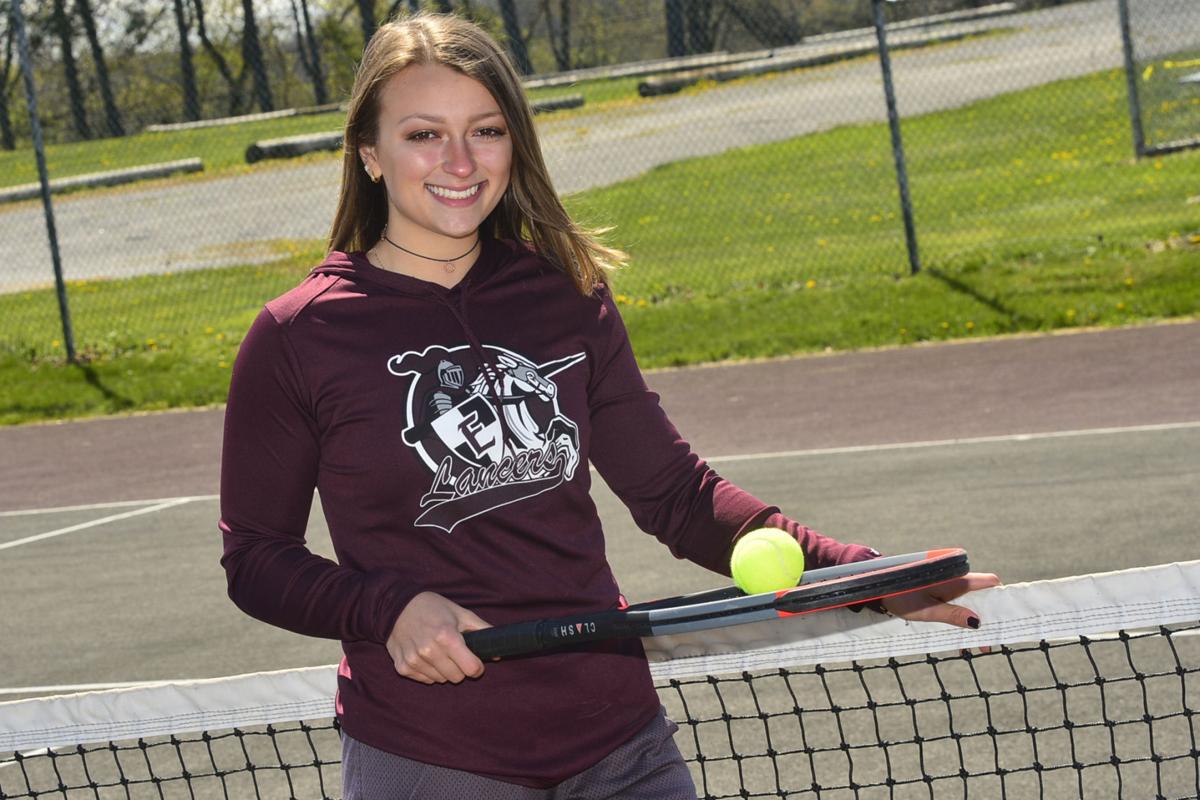 Mark Gutman/Daily News Elba’s Isabella Rinerwill be very busy Saturday, June 27 as she will give her commencement speech as the 2020 class valedictorian. 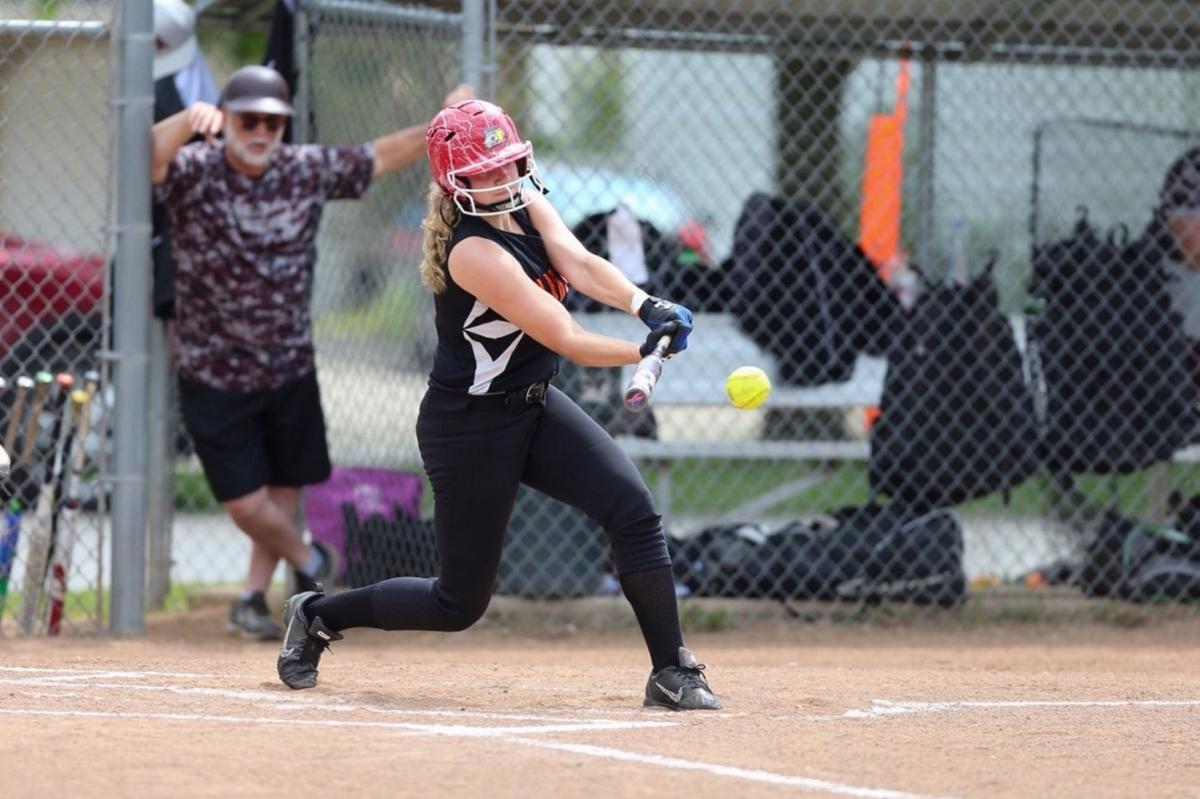 Photo Courtesy Bare AntolosWarsaw’s Lizzy Standera hits a frozen rope during last year’s season in which the Lady Tigers finished 20-1 making it all the way to the NYS finals.

Mark Gutman/Daily News Elba’s Izzy Riner earned 12 varsity letters forthe Lancers and is considered one of the area’s top tennis players competing at first singles. Last year she was seeded No. 2 at the Section V Championships.

Mark Gutman/Daily NewsKnown for her outstanding backhand, Izzy Riner was a five-year varsity tennis player for the Lancers, including first singles the past three years.

Mark Gutman/Daily NewsElba’s Isabella Riner during a victory last year at first singles for the Lancers.

Mark Gutman/Daily News Elba’s Isabella Rinerwill be very busy Saturday, June 27 as she will give her commencement speech as the 2020 class valedictorian.

Photo Courtesy Bare AntolosWarsaw’s Lizzy Standera hits a frozen rope during last year’s season in which the Lady Tigers finished 20-1 making it all the way to the NYS finals.

ELBA — Isabella ‘Izzy’ Riner is not your average student-athlete.

The three-sport standout from Elba not only earned 12 varsity letters, including four in soccer, three in basketball and five in tennis, but she is also this year’s 2020 class valedictorian.

While being named a GR all-star in soccer for OAE, she also helped the basketball team to a pair of sectional titles during her freshman and sophomore seasons.

But her most competitive sport would’ve been this spring on the tennis courts where last year she earned the No. 2 seed at the Section V championships earning GR all-star honors as well.

Riner was amongst the top singles players in the area the past few years, something she took a lot of pride in.

While giving up basketball after her 10th grade year wasn’t easy, she was thankful that her special connection with girls’ hoops head coach Tom Redband didn’t suffer a single bit.

“Coach Redband is by far the most influential coach in my life even though I decided not to play basketball this year,” Izzy said. “He and I have always bonded over tennis and he has always been confident in my capabilities as a singles player in a primarily male league.”

“Isabella was a critical piece of our first two sectional championships in 2017 and 2018 as a freshman and sophomore,” Redband said. “She was one of those unsung heroes that would come off the bench early in the first quarter and play any position, score some buckets, guard the other team’s best guard or forward, and would do anything I asked of her and what the team needed. I’ll never forget when Emily Reynolds had that horrible knee injury towards the end of the year — Izzy’s freshman year — she texted me and said she could learn any position and play anywhere I needed to help the team; she knew we needed to retool positions, and she was willing and able to make those sacrifices. Izzy is a winner, she did what she had to do to win in the moment.”

Redband and Riner connected through tennis.

“Izzy and I always had a special bond actually through tennis,” Coach Redband said. “The tennis community is small and tight knit, and the fact that we were both tennis players with tennis families always connected us in a different way that only tennis players may understand. One of my fun memories with Izzy was playing tennis on Christmas morning a few years back and me being late for my future in-laws Christmas breakfast. It was our little secret that we always chuckled about; it was a secret until this article of course.”

In tennis, Riner was the only girl to qualify for singles at last season’s sectionals, which is known as ‘Boys Tennis,’ in which girls can play but very few play at the first singles spot.

Izzy did, and did so at a high level beating way more than she lost to.

Unfortunately for Riner and her Elba teammates, this spring season was cancelled due to COVID-19 and she won’t get her chance to beat the boys once again.

“When I first heard that the season was cancelled, I was in shock as I had been holding out hope for a season even while in lockdown,” Izzy said. “It is disappointing that I do not get to finish off my final season of tennis, but I am still excited about watching Emily Rowe take my place in singles as another strong female tennis player next season.”

The list of off-the-court accolades is also very impressive for Riner, who has been named this year’s class valedictorian at Elba.

A standout on the athletic surface, Riner is a beast in the classroom and has earned nearly every academic scholarship that was offered including the Bausch and Lomb Scholarship from the University of Rochester, where she will attend this fall.

In fact, the college selection process was a tough decision for Izzy as she was accepted into every college she applied for, which is almost unheard of.

Her weighted classroom average is over 100.

She also had the highest Elba score for Masterminds.

And how was your week?

Izzy said balancing her school work, sports and activities is all about time management.

“In order to balance school and sports I focused on using any spare time, whether that be at the end of class, or in lunch, to do homework,” Izzy said. “It was also super important to make sure I was not stressing myself out too much, so I set aside time after sports for things I enjoyed such as weightlifting. Even on Christmas day I was finding time to de-stress by playing tennis, and Mr. Redband actually joined me on Christmas. Making sure that I enjoyed most things I was participating in was critical so it felt like less of a chore to do each activity.”

Although Coach Redband stands alone on top of Izzy’s list, she also appreciates the great relationships she has with other coaches as well.

“Coach Carpino has also been super supportive of my tennis career along with Coach Babcock,” she said.

Up next for Izzy will be a trip to the University of Rochester this fall as she plans on pursuing her dream of attending medical school.

“I plan to attend the U of R — majoring in Anthropology and Biomedical Science,” Izzy said. “I would love to go to medical school and become a doctor focused on the issues of women and children. I would also like to own several cats.”

With a ton of memories she will leave behind at Elba, she will always be very grateful for the community that supported Lancers Nation.

“Playing sports at Elba is an experience that I would not have traded for the world,” Izzy said. “I was lucky enough to have coaches that had faith in me and my teammates, and a tennis coach that was willing to let the little girl play singles as an eighth grader. It is incredible how supportive our teachers are of all sports, and how close of attention most community members pay to the outcomes of all the matches and games. Athletes at Elba are met with the most involved and proud community you could ask for.”

So with graduation tentatively scheduled for Saturday, June 27, Izzy is excited to send her classmates off with some words of wisdom during her commencement speech, which she is hopeful will take place in person.

“I am hoping to still be able to give a speech at an ‘in-person’ graduation but the message I am hoping to convey is that our class has been through a lot — whether that be a pandemic, or political turmoil that plagues everything that we do,” Izzy said. “Throughout the entire experience of school, we were all lucky enough to go to a school that accepted each and every-one of us, and prepared us for the intimidating world that lies ahead. Our small country community helped shape us into unique and motivated young adults that will take our small town values into the world with us.”

The future is bright for Izzy Riner.