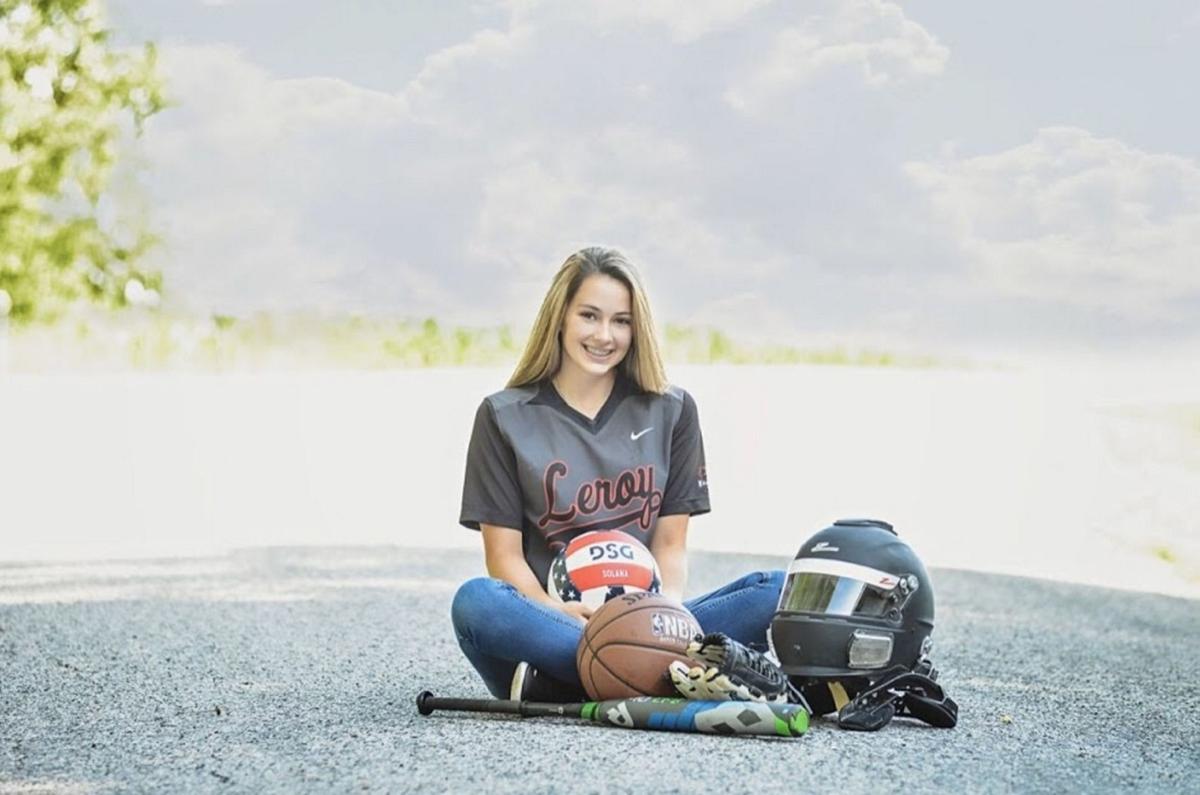 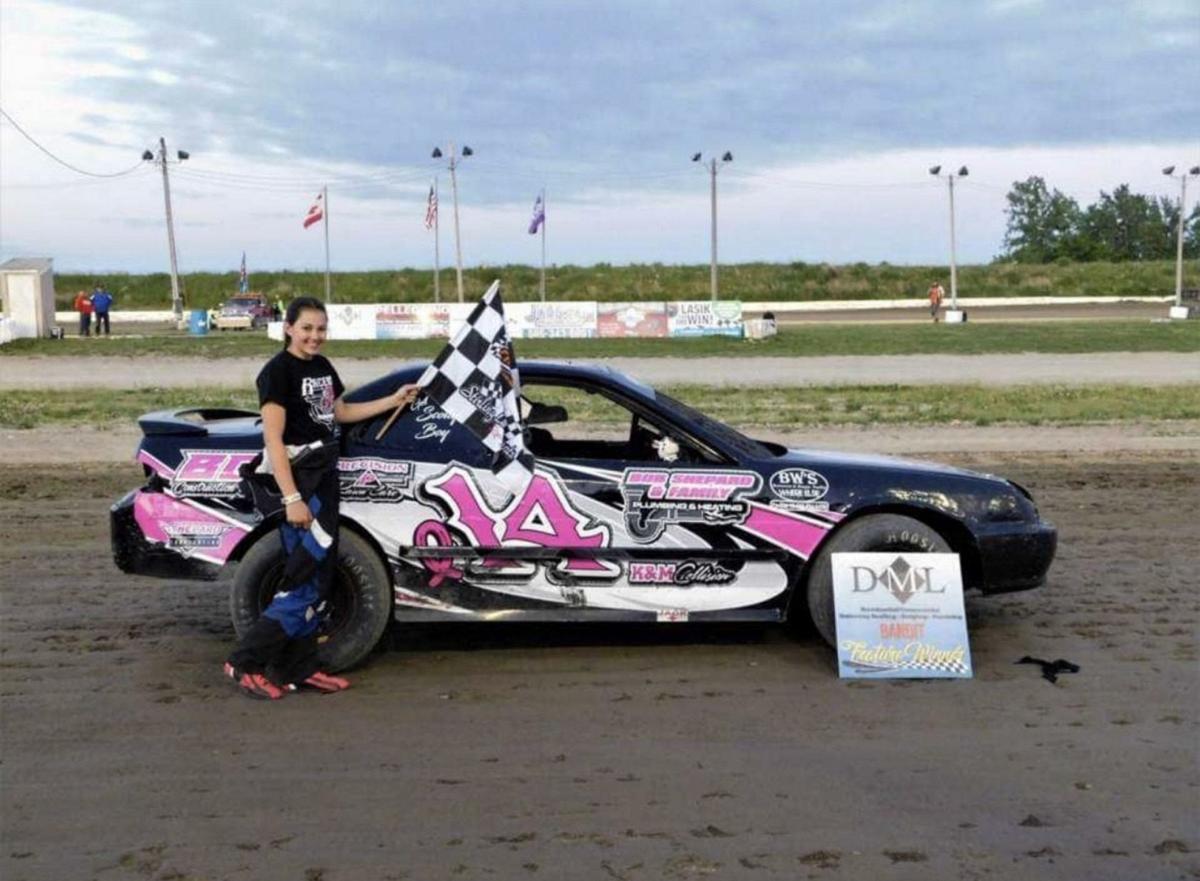 Provided Bailey Logsdon was the 2018 Bandits champion at Genesee Speedway. 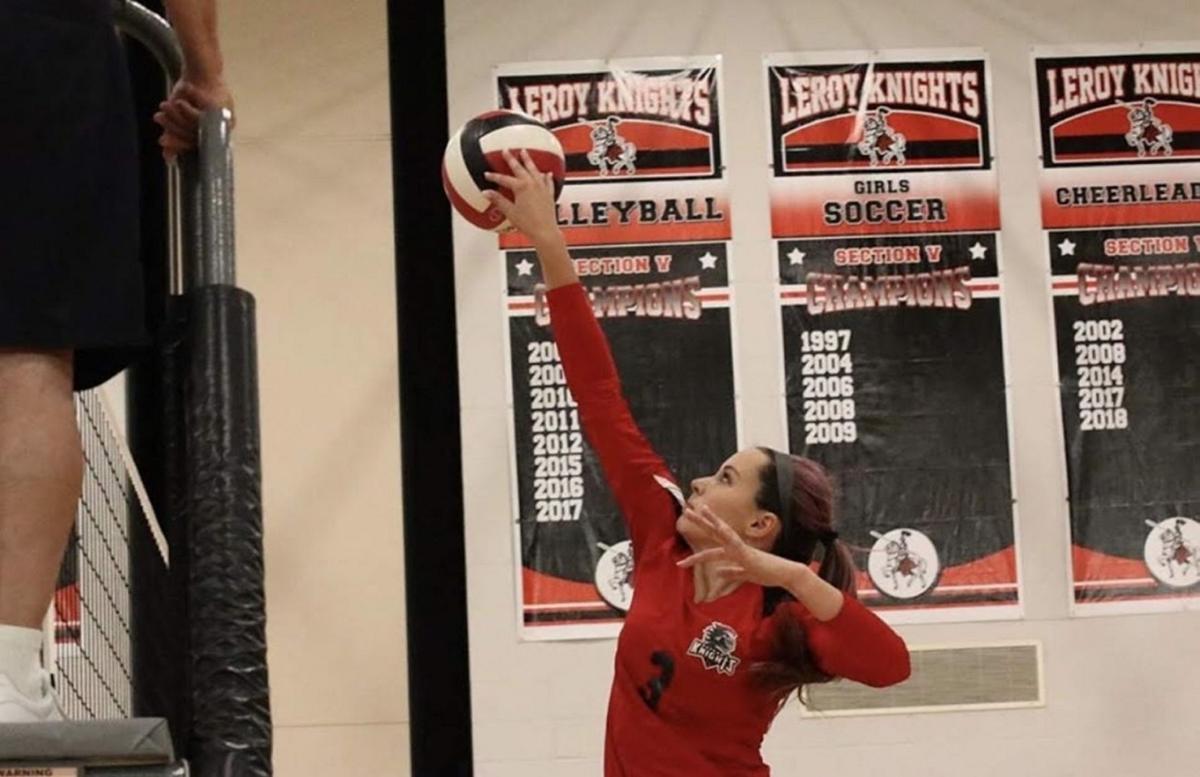 Provided Bailey Logsdon puts one over the net during a volleyball match. 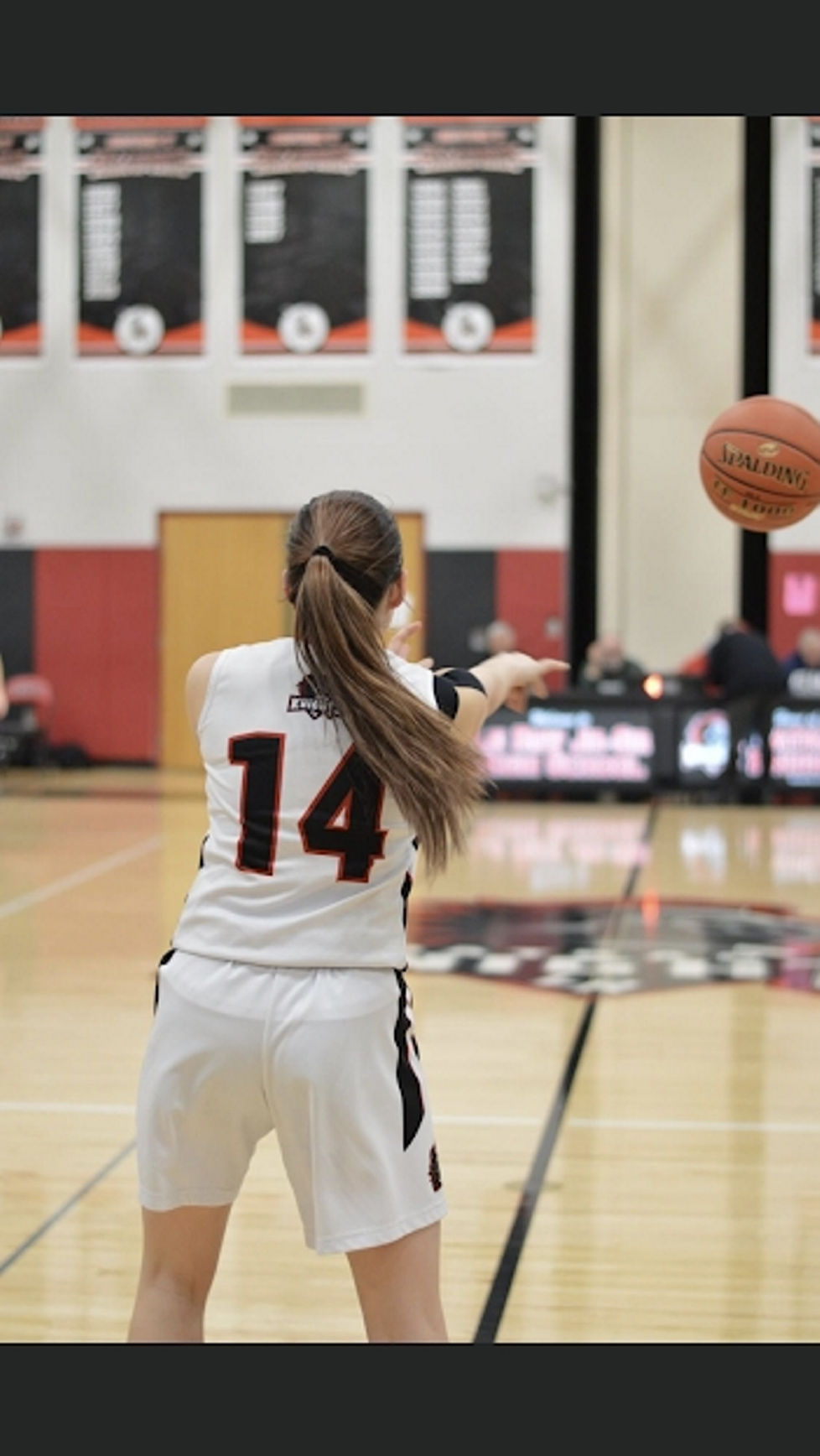 Provided Bailey Logsdon passing the ball in bounds during a home game this season.

Provided Bailey Logsdon was the 2018 Bandits champion at Genesee Speedway.

Provided Bailey Logsdon puts one over the net during a volleyball match.

Provided Bailey Logsdon passing the ball in bounds during a home game this season.

Battaglia, the varsity softball coach and JV girls hoops coach, was called into duty this past winter when varsity coach Mary Lepore went on maternity leave.

“Bailey played the entire basketball season with a shoulder injury that limited her greatly, and would’ve sidelined most players, but she never considered not playing,” Battaglia said. “I didn’t realize it at the time, but I’m glad I got to coach her in basketball so we were able to spend one last season together.”

Both Battaglia and Logsdon figured they would be making a run for the 2020 sectional softball title this May.

With several players returning, including Logsdon, Le Roy would have been one of the favorites in their sectional bracket.

Logsdon is a three-sport athlete for the Oatkan Knights also playing volleyball as well as basketball and softball.

She was one of the captains on the basketball team last winter and was going to be the same for softball this season.

She was also selected as the ‘Coach’s Award’ winner for both volleyball and basketball.

“Bailey is the epitome of the team player,” softball coach Battaglia added. “Always willing to take on any role that is asked of her, something that will serve her well as she moves through life. She was a catcher in modified and JV softball, but when she came up to varsity I needed her to play the outfield. She accepted the challenge immediately, and started every game for us in right in 2019. She was a great role model for every player in our program.”

Interestingly, she is also one of the area’s top stock car race drivers and was the Bandits Champion in 2018 at Genesee Speedway.

Not only a standout on the athletic fields and the oval dirt track, Bailey is also a top-level student and a member of the National Honor Society and National Technical Honor Society.

She has earned honor roll and high honor roll status all four years of high school and was also a peer counselor (mentor to seventh grade students).

She plans to put her BOCES experience skills to work following high school and “go right into the workforce for welding,” Bailey said.

But before she leaves high school, she remembers all the great memories she and her teammates have had.

“Some of my most memorable moments would probably be winning sectionals in 2018 with the softball team and making it to finals two years in a row with volleyball,” she recalls.

She’s also very thankful for all her coaches.

“Coach Baggs and Mr. and Mrs. Coach Tyler had the most impact on me throughout my high school career,” she said. “Coach Baggs was always there to help me become better as a player even when I wasn’t on his team and he was always there if you ever needed to talk. Mr. and Mrs. Coach Tyler also both had huge impacts on me because I made the decision to switch to volleyball my junior year and they were both so welcoming and willing to help me become the best player I could be.”

Like most seniors playing their final spring sport, it will definitely take Bailey some time to get over the way it all ended, before it ever began.

“I was so disappointed when I got the news that I wasn’t going to get the chance to play my last high school sport,” Bailey said. “We had all but one girl returning from last season and I really had high hopes for this year’s team, we all had such a good bond and I really thought we were going to go far this season. Unfortunately we won’t get the chance to see how far we could have gone but I know that team will come back stronger and better than ever next season.”

Bailey will always cherish the moments she wore the red, white and black for Le Roy.

“Playing sports at LeRoy is such an amazing experience and I am so glad that I had the chance to play for such a great school,” Bailey said. “Everyone in the school and the community are so supportive and all of our games are always packed with loud crowds.”