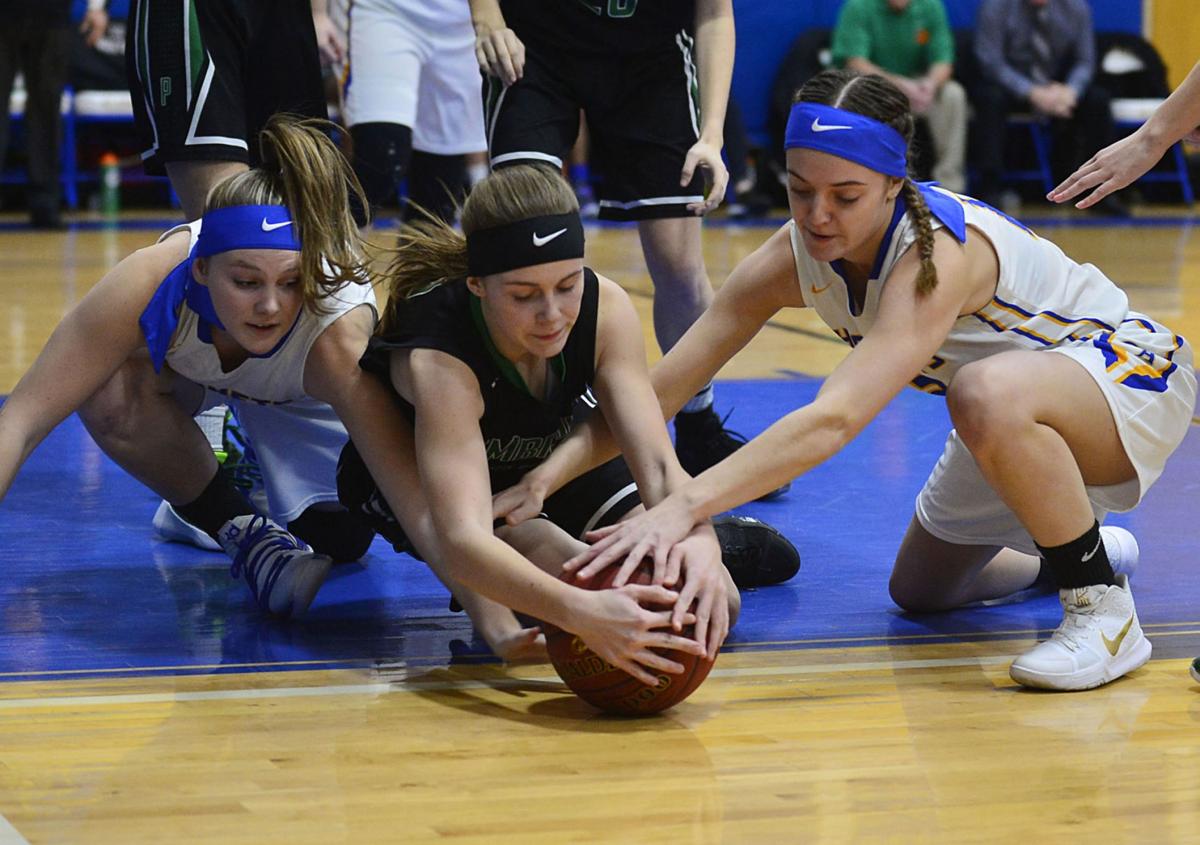 Mark Gutman/Daily News When you watched the Pembroke girls basketball team compete over the past few seasons, you could expect Casey Wurtz (middle) on the floor hustling for a loose ball. 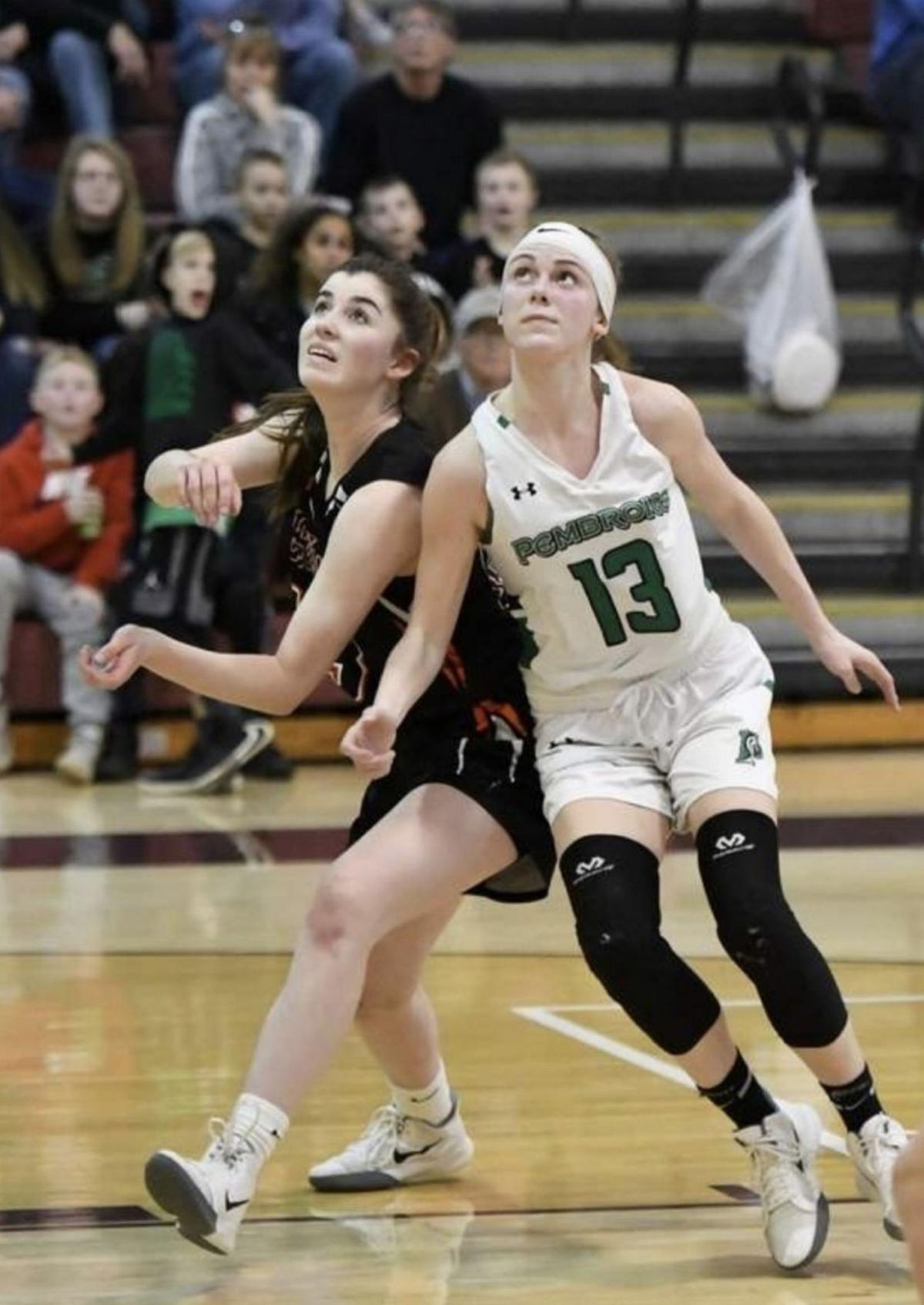 File Photo Pembroke's Casey Wurtz (13) battles for position during a state qualifying game against Keshequa this past March. This victory by Pembroke would be the final game Wurtz and her teammates would play after the spread of COVID-19 ended their season. 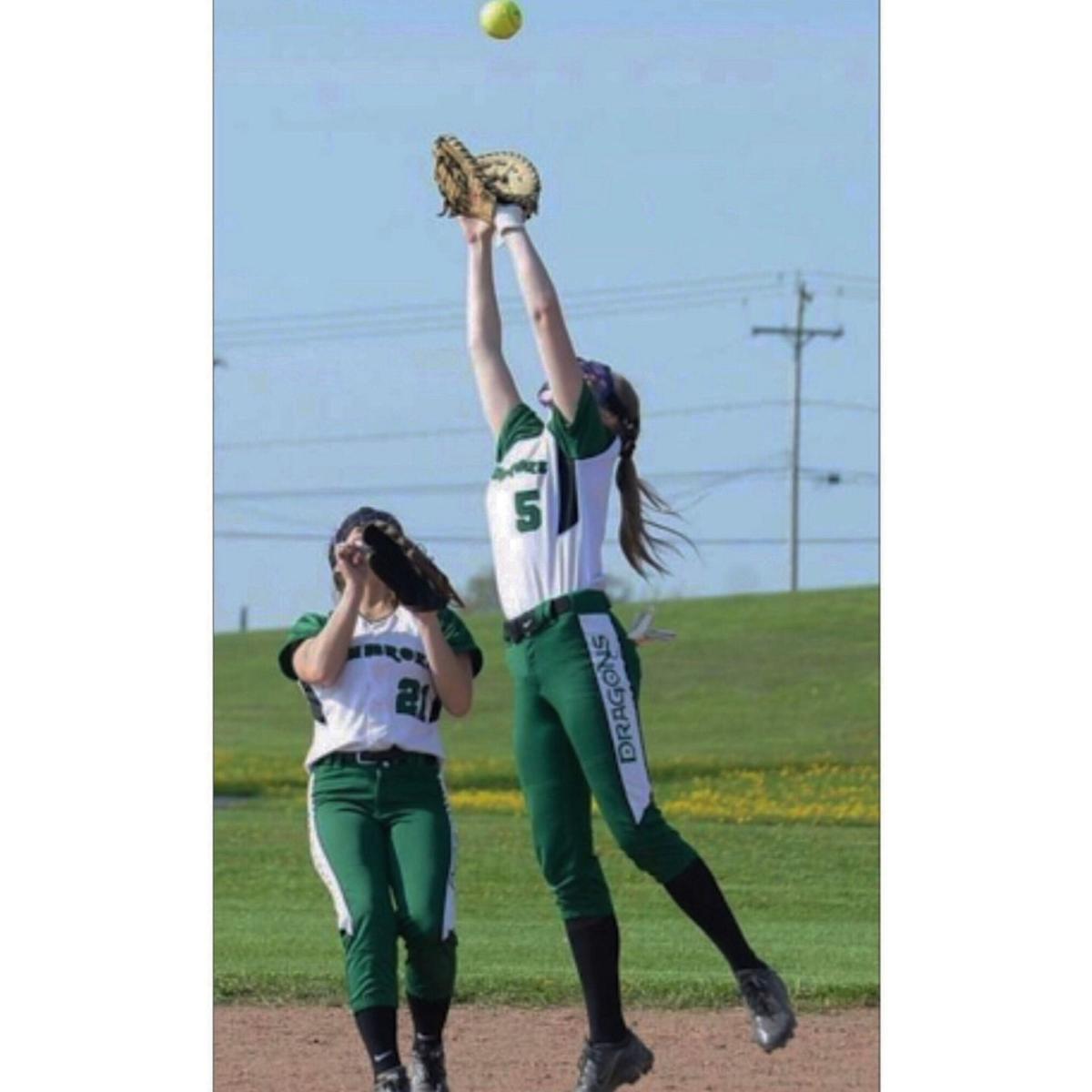 File Photo Pembroke's Casey Wurtz makes the catch at first base during her junior season.

Mark Gutman/Daily News When you watched the Pembroke girls basketball team compete over the past few seasons, you could expect Casey Wurtz (middle) on the floor hustling for a loose ball.

File Photo Pembroke's Casey Wurtz (13) battles for position during a state qualifying game against Keshequa this past March. This victory by Pembroke would be the final game Wurtz and her teammates would play after the spread of COVID-19 ended their season.

File Photo Pembroke's Casey Wurtz makes the catch at first base during her junior season.

Two memories she will always embrace and never forget.

While even today, as she remains all smiles after her and the Lady Dragons carried away two championship blocks, including a spot in this year’s state quarterfinals, Wurtz believes it was the fun her and her teammates enjoyed through their journey that she will treasure the most.

“I was making memories with my best friends each and every day,” the senior power forward said. “Winning the sectional finals two years in-a-row for basketball, making school history, is something I will remember forever. Our team put in work every practice, every scrimmage, and every game all while managing to have fun. Our run was cut short this year, but our last game was unforgettable. Being a part of a team like we had is something I will forever be grateful for.”

Pembroke’s final game of the 2020 season came in Caledonia when they beat Class C2 champion Keshequa 48-43 in a strong performance where Wurtz pulled down 10 boards.

Wurtz finished the 2019-20 season with 156 rebounds and 50 steals just one season following her six points and nine boards per game average when the Lady Dragons won the title in 2017-2018 as well.

Pembroke, the No. 4 state-ranked team in Class C was supposed to meet Section VI champ Holland in the NYS quarterfinals but the game was canceled due to the spread of COVID-19.

While disappointed that she and her teammates would not be able to finish their dream of making a run towards a state crown, Wurtz was extremely proud of her team for another outstanding year.

“Basketball has always been a huge part of my life and it’s difficult to imagine life with out it. After making school history last year our team had a lot to live up to. This year was different because we weren’t playing for the block or our names in the paper, we simply wanted to win so the season didn’t have to end.

“We all just wanted those ‘three more practices’ after each win. We worked hard and accomplished so much. Against the odds, we managed to pull off a huge win in the cross over game. Coach Funke said it himself, we refused to lose. Little did we know two days later our entire season would come to an end. As a senior this was going to be tough either way, but not knowing how far we could’ve gone is hard to think about. That being said, the way this season ended doesn’t take away from all that we accomplished.”

Fast forward to this spring when Wurtz and her Pembroke softball teammates were destined for some great moments as well with most of their team returning after an impressive 2018 campaign that had the Lady Dragons open their season 16-1 but dropped a heartbreaking 5-4 sectional game to Letchworth.

“Last year our softball team had quite the run and unfortunately it didn’t end the way we had hoped,” Wurtz said.

“With a majority of our team returning we were optimistic and hopeful that this year would be the year. Not having that opportunity or my last season with my teammates is heartbreaking.”

Wurtz was not only a standout in hoops and softball, she was an excellent volleyball player from her middle hitter position helping Pembroke earn a sectional victory over Letchworth before falling to Bloomfield in the quarterfinals.

During her high school career, Casey was fortunate to have several great coaches.

“Playing sports all my life has allowed me to be coached by a variety of amazing people,” Casey said.

“Coach Funke, Coach Gabbey, and Coach Kabel have all had a huge impact on my life. They all pushed me to do my best, believed in me, and were always fun to make fun of. All three of them have filled roles in my life that I didn’t know I needed and I am thankful to have been able to be coached by them.”

One of Casey’s special moments that she and her teammates will always cherish came through Pembroke’s annual ‘Shooting For A Cure’ fundrasier which has collectively raised over $150,000 since 2011 for the Roswell Park Cancer Institute.

The next step for Casey will be heading to SUNY Cortland this fall studying psychology in hopes to some day become a school psychologist. She is also hoping to play club hoops in college as she is just not ready to put the ball away just yet.

“Sports have been my life for as long as I can remember,” Casey said.

“Playing sports at Pembroke means having a second family. It’s difficult to understand how different my life is going to be with out them. All the jokes and laughs in practice, the hard losses, and the celebratory bus rides after wins. All three sports I have played, all my coaches, and all my teammates have shaped me into who I am today. I’m going to miss it all so much.”

And they, in turn, will miss Casey Wurtz just as much.