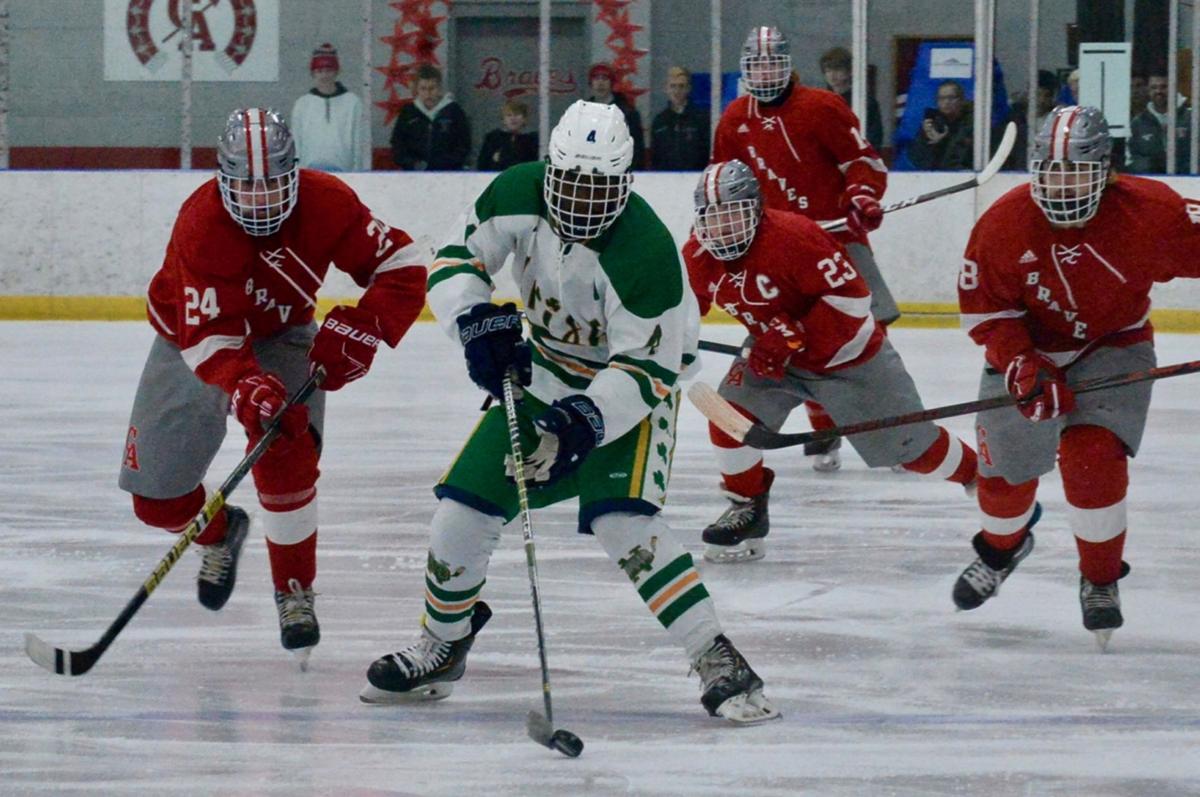 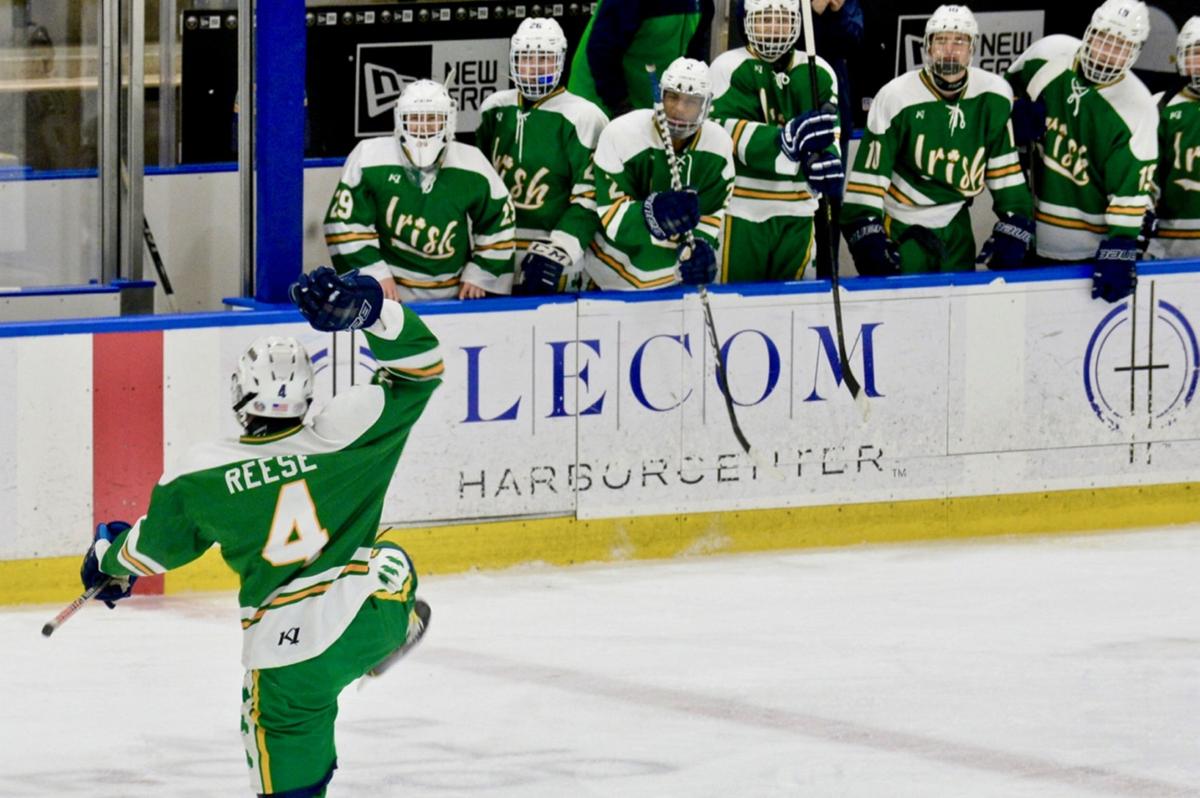 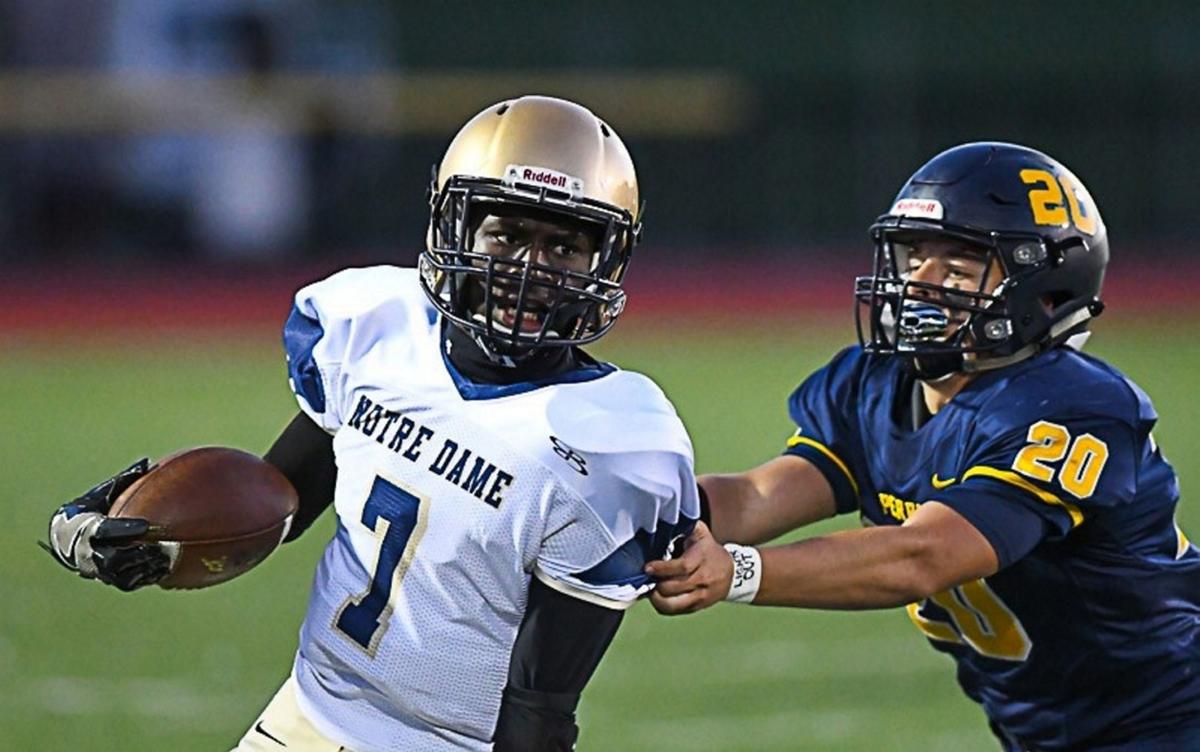 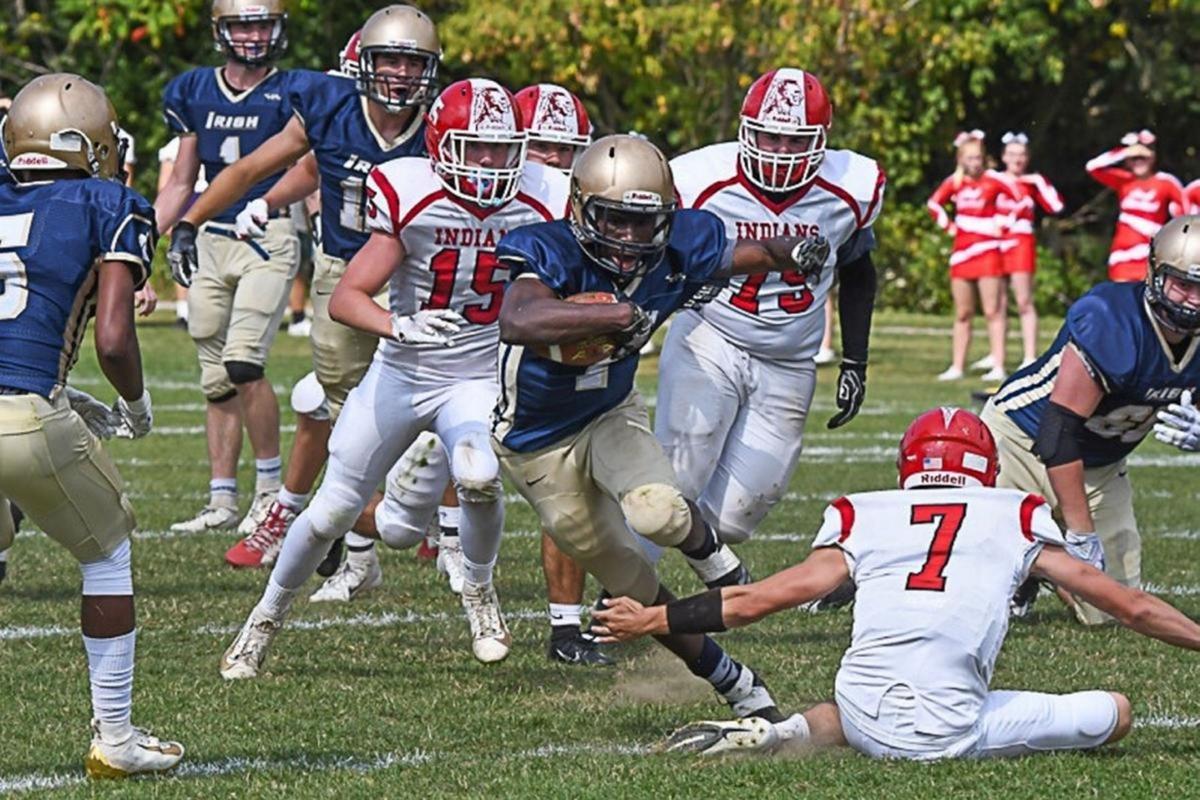 BATAVIA — On a football team that was stacked with talent that helped win Notre Dame it’s first Section V title since 2012, it was No. 7 out of the backfield that constantly stood out as a man amongst boys.

After an up-and-down junior season, Fighting Irish senior Jed Reese was given the reigns as the lead running back for an explosive Notre Dame offense and he simply ran with the opportunity, literally.

Reese had an incredibly dynamic season as he carried the ball 224 times for 1,863 yards and 24 rushing TDs to go with six two-point conversions. For his efforts he was named the Section V Class D Offensive Player of the Year, while he was also the MVP of the Class D tournament as the Fighting Irish outlasted rival Alexander for the Class D crown.

“Words can’t even describe it, honestly,” Reese said of the football season. “We were just so close-knit and we had everything to a T. We knew when to goof off, we knew when to cut it, we knew how hard we had to go in practice, where our focus needed to be. It’s just unexplainable.”

And on the heels of that one stellar season, Reese is now garnering numerous looks from both Division II and Division III programs as he will take his talents to the next level, though he has yet to decide on where.

Among the schools that have become heavily interested in the lightning-quick running back include Division II programs Mansfield University and American International — where teammate Mason Randall will be attending next season — as well as Division III programs in Buffalo State, SUNY Brockport and Morrisville.

The decision won’t be easy but Reese expects to make it soon.

“I’m really weighing all of them and I guess it just comes down to financially and what is best for me academically,” Reese said of making his choice. “I like all of them and I could see myself playing at all of them. I really don’t completely know yet but I’m definitely going to have a decision soon.”

And Reese is clearly not the only player from that team that will be going on to play at the next level, with Keith Szczepanski, Randall and Dakota Sica all heading to college to continue their football careers.

“It just shows what the area really has to offer,” Reese said. “We’re not really looked at that much out here, Western New York is one of the poorest recruiting spots. But we’ve definitely got talent and we’re able to play.

Reese, though, certainly was not a one-trick pony.

A four-year member of the Notre Dame hockey team, Reese became one of the few players in Fighting Irish history to reach the 100-point plateau when he did so last winter. During his senior year Reese was second on the team with 15 goals to go with 30 assists as Notre Dame finished the regular season at a solid 12-7-1 before a tough loss in the opening round of sectionals.

And like most hockey players, Reese fell in love with the sport at a young age and has played for 12 years.

“I got into it in first grade, I was just talking to my mom about hockey and I started beginners and they just kind of shoved you on a team and then 10-12 years later I’m still playing,” Reese said.

Though he loves the sport, things weren’t always easy for Reese playing hockey. Being a rare black athlete in a mostly all-white sport, there was constant bigotry throughout his career that Reese had to learn to find a way to deal with.

“Coach (Marc) Staley is a great guy. He kept me on the team, honestly, when things got rough with other programs, just racially, and things like that,” Reese said. “Hockey is not exactly a totally diverse sport, but Staley just kept me going.

“It definitely took a lot of growth,” Reese added of dealing with the racism. “From freshman year to senior year, there had to be a lot of preparation before the game and it’s crazy that I would have to do that, or other kids on the team like Alonzo (Storey) that we would have to prep for that and not focus only on the game.”

Reese also hasn’t completely given up on the possibility of playing in college, as he has spoken with the head coach at Buffalo State about lacing up the skates in the winter, as well as playing football in the fall. However, it would be a tall task to try and manage both of those gruelling sports in back-to-back seasons.

“Honestly before this year I always thought I was going to go and play Juniors somewhere and then go onto the college level,” Reese said of continuing to play hockey. “I did get in touch with the Buff. State coach for hockey and he told me I would have a spot if I really wanted it and I could dual-sport, which would be tough. Hockey was always in there up until this year. I’m definitely going to go back to it but my freshman year I’m just going to start with football.”

Not to be outdone by his other accolades, Reese also shined on the track last spring for the Fighting Irish, when he earned his first Genesee Region League all-star nod. A tremendous sprinter, Reese finished third at the Class D meet in the 100 and fourth in the 200, while his best performances from his junior season were :11.57 in the 100, :23.56 in the 200, :17.31 in the 110 hurdles and 19-11 in the long jump.

Like everyone else, Reese was devastated when he learned that his final sporting season in high school was going to be taken away before it even started. Though it wasn’t just personal for him, as he and the rest of the team fully expected to make a run at a Section V Class D title.

“It’s awful, I think even before football started I was getting people to come out and do track because we finished third in sectionals last year so we definitely had a chance to come and take that block home,” Reese said. We had an insane 4-x-1 with Mark, myself, Jamal and Alonzo and we were looking really good. It hurt because you put a lot of work into something and you never really know what was going to happen.”

In terms of the last couple of months, things have had to obviously change and, at times, it’s difficult for any high school student to adapt to a new way of life.

Everyone has had to adjust, and Reese has been no different.

“Definitely have to self motivate myself to get out of bed and not sleep until 1 o’clock,” he said. “My mom helps me with that a lot. You have to have a lot of self motivation to just get online and do that work and with that schedule you have a lot of free time.”

Throughout it all, Reese knows that he made the right choice when he opted for Notre Dame a number of years ago. The private school certainly isn’t for everyone, but Reese found a way to shine in the blue and gold.

And this pandemic has taught him a lot about what it meant to go to Notre Dame.

“It’s really proven to me how close-knit the ND family is and how supportive they can be,” Reese said. “They are going to help you no matter what, they are going to be there for you no matter what. Throughout my four years there they were always there for me, helping me through everything. Whatever I needed. And it’s really, kind of, brought us closer together, in a way, even though we’re at a distance.”

It will be exciting to see what Reese decides to do at the next level, and where it takes him.