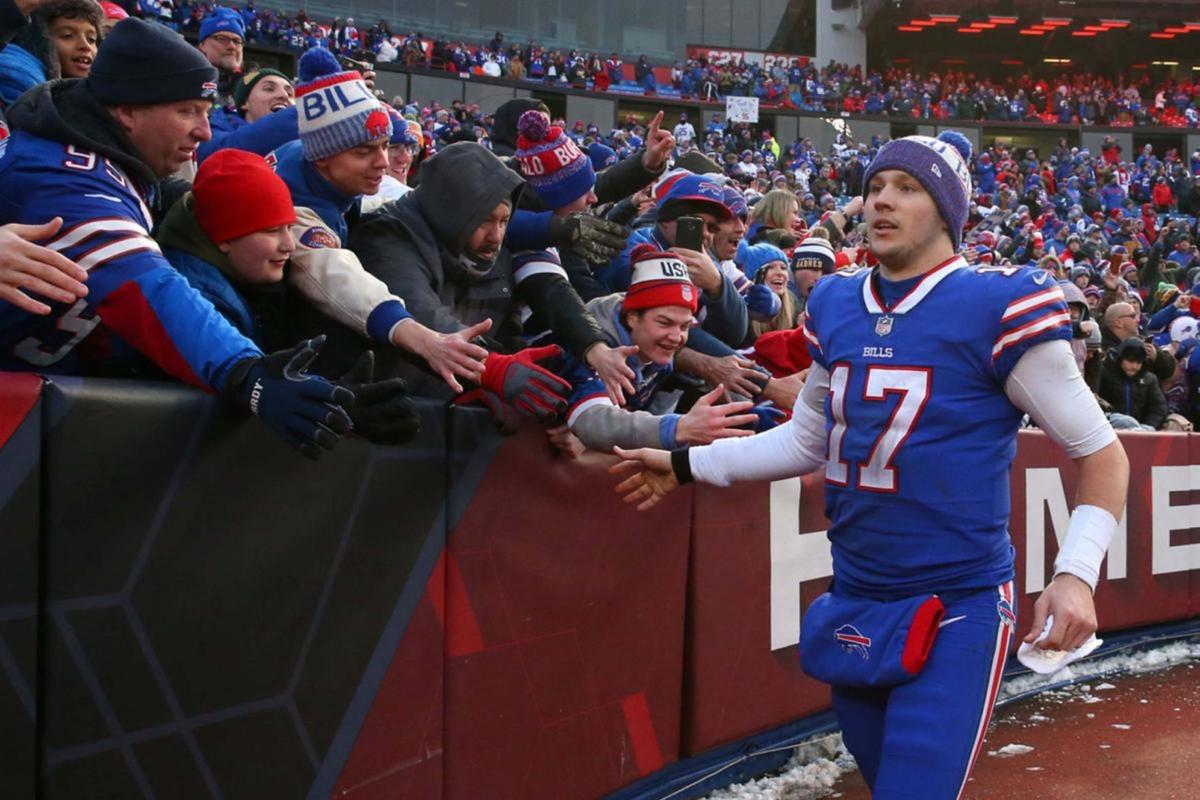 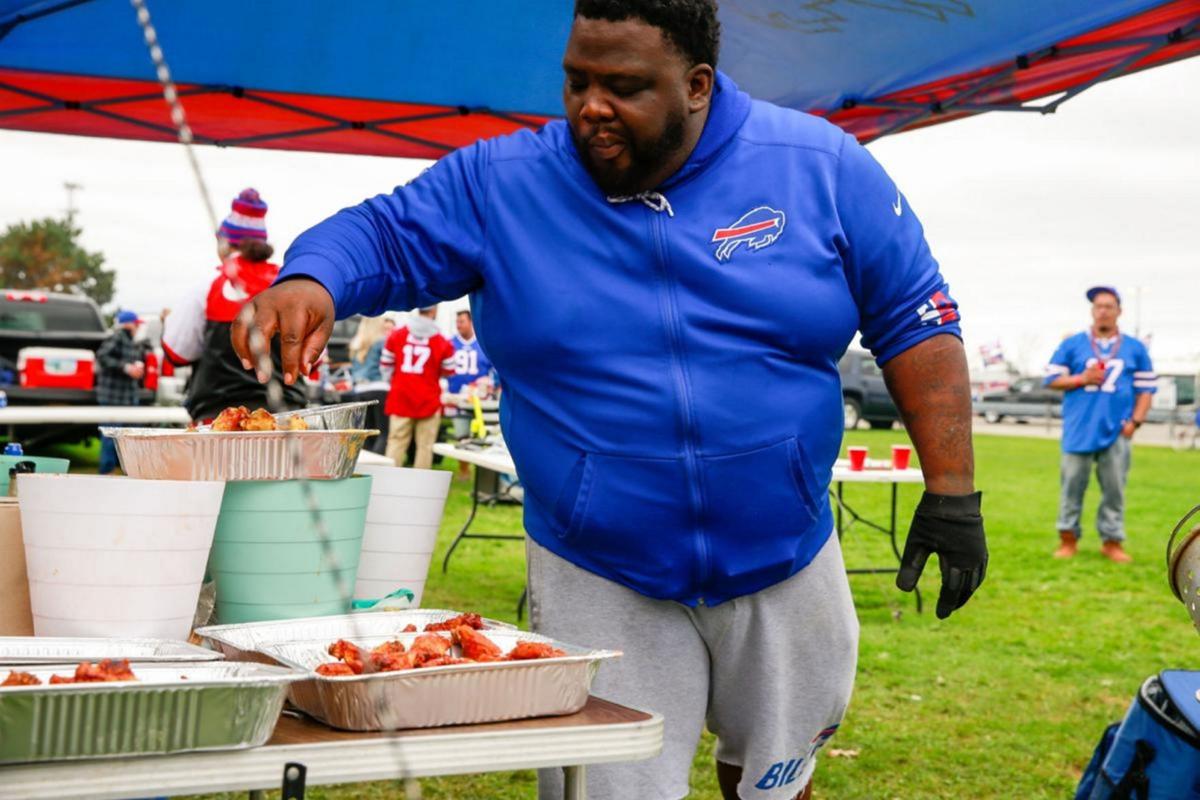 Steve Harrison/Batavia Daily News A Bills fan prepares chicken wings for a tailgate prior to a game this past season. 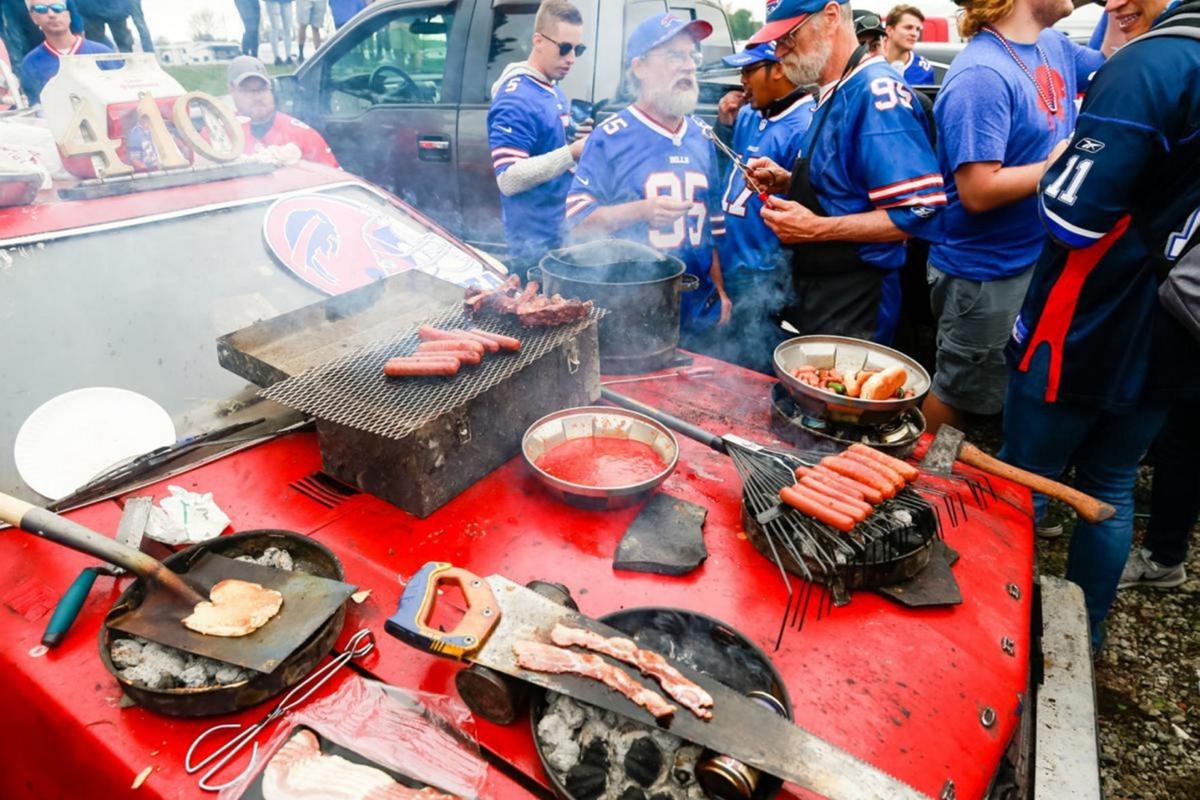 Steve Harrison/Batavia Daily News The legendary Red Pinto is filled with tailgate food as the one and only ‘Pinto Ron’ stands in the background.

Steve Harrison/Batavia Daily News A Bills fan prepares chicken wings for a tailgate prior to a game this past season.

Steve Harrison/Batavia Daily News The legendary Red Pinto is filled with tailgate food as the one and only ‘Pinto Ron’ stands in the background.

For legendary superfan Ken Johnson, otherwise known as ‘Pinto Ron’, I’m sure this was not the way he saw his streak of 400 consecutive Bills games attended coming to an end.

Since 1994 ‘Ron’ has attended each and every Bills game — both regular season and postseason — but he and other NFL fans may be forced to watch from home this coming season. As it stands, Governor Andrew Cuomo has made the recommendation that all NYS-based professional sports teams play their games without fans in the stands, due to the COVID-19 pandemic. The decision may leave ‘Ron’ with no choice but to watch his impressive streak come to an end, and may leave all fans out in the cold this season.

For Bills fans, ‘Pinto Ron’ has become a poster boy of sorts for the passion, the commitment and the love that the Buffalo fan base has for its team. No fan base shows up to support their team like Bills fans and to have Sundays at New Era Field ripped away would certainly not be easy for them to endure.

With that being said, as unusual as it will be for the fans, the challenge of playing in an empty stadium will likely be a difficult one for the players and coaches of these teams.

In some sports, such as baseball, soccer and the like, the impact of a home field advantage can be called into question - but not in football.

In sports, there is no feeling that can compare with a third down situation with the home team on defense during the fourth quarter of a tight game. The energy brought into the stadium at that moment defines the impact the home field advantage can have and represents why fan presence is so important to the production of an NFL Sunday.

When you watch a baseball game, do you really notice the fans? Not until a ball soars over the outfield wall, a player crosses the plate or a nice play is made in the field. Crowd reaction in baseball is often reactionary.

In football, fans are a part of the action and a strong fan base possesses the ability to impact communication on the field before and during the play, and thus the outcome of the game in some cases.

For the Bills, a team with one of the most-vocal, most-involved, and most-passionate fan bases out there, potentially losing that impact on the game may prove to be something more than just superficial.

Since 2011, the Bills are 40-32 at home and during that span have never gone below 4-4 at Ralph Wilson Stadium/New Era Field during a single season. Now, a 4-4 home record isn’t staggering at face value, but it looks a little better when you look at it through the lens of a team that finished with a 6-10 record in four of those nine seasons.

This season it appears as if the Bills will have to forge ahead without their faithful fan base, and as a team that many believe is on the rise, any sort of monkey wrench being thrown into things has the chance to prove detrimental. Especially when that monkey wrench is the elimination of one of the greatest home field advantages in the NFL - the ‘Bills Mafia’.

(Alex Brasky is a reporter/columnist for the Batavia Daily and LCN.