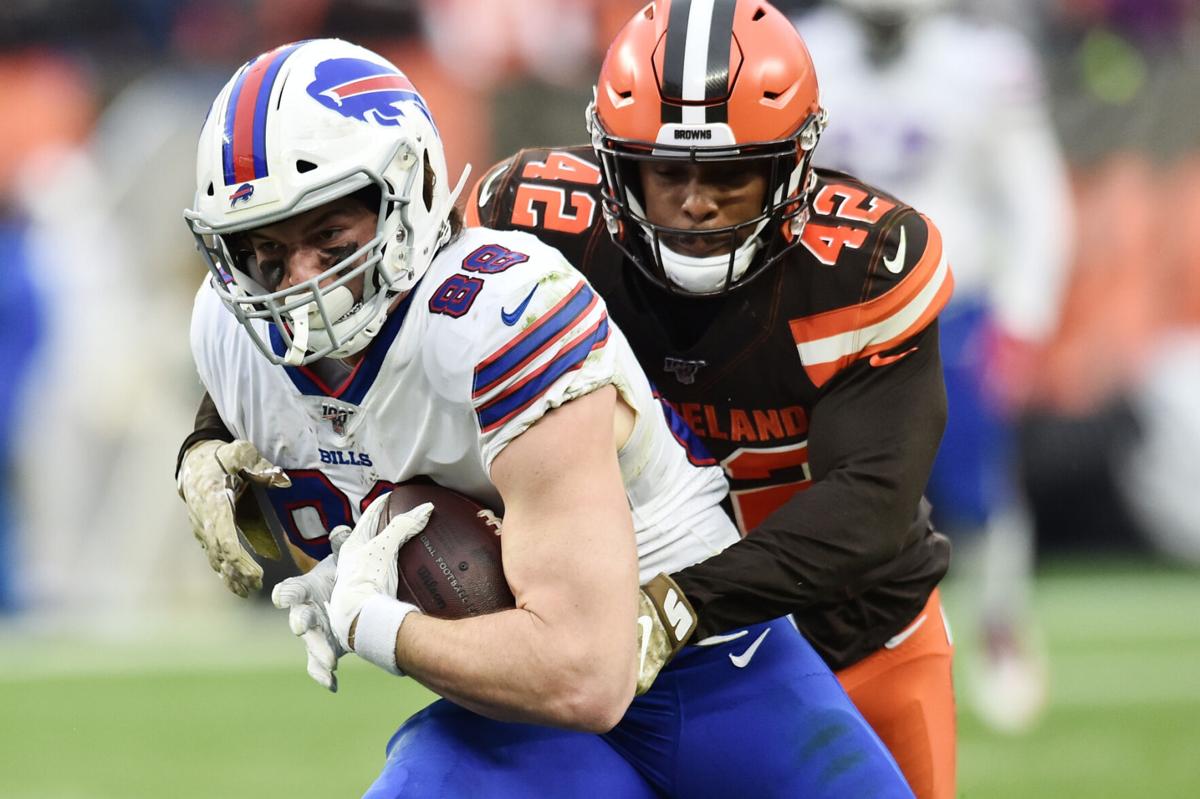 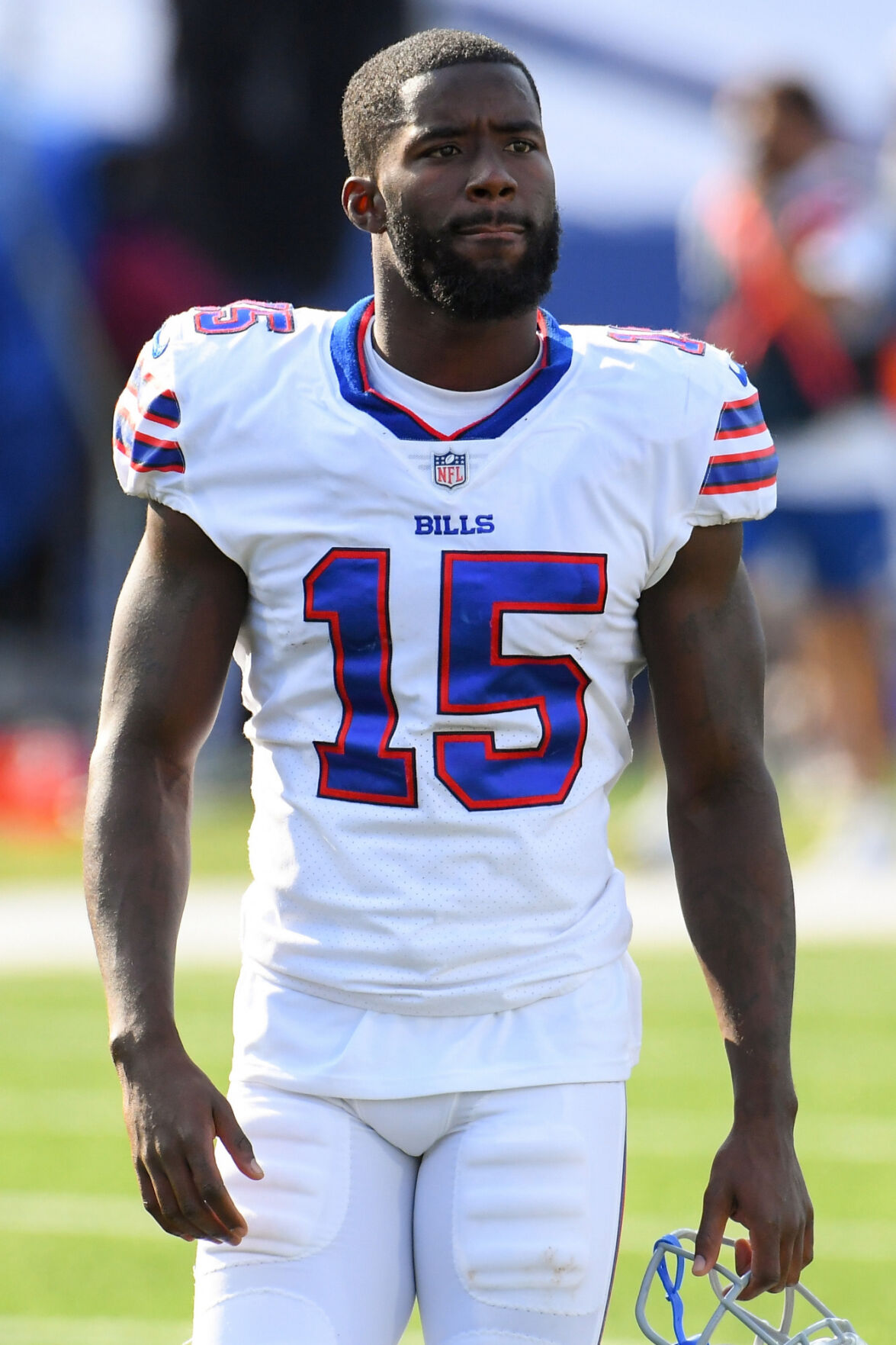 Rich Barnes/USA TODAY Sports Bills wide receiver John Brown (15) left Buffalo’s win over the Los Angeles Rams, but is expected to be good to go for this Sunday’s tilt with the Las Vegas Raiders.

Rich Barnes/USA TODAY Sports Bills wide receiver John Brown (15) left Buffalo’s win over the Los Angeles Rams, but is expected to be good to go for this Sunday’s tilt with the Las Vegas Raiders.

ORCHARD PARK — The Bills will enter their Week 4 matchup a much healthier team than they were going into Week 3 when running back Zack Moss (toe) and tight end Dawson Knox (concussion) were among those who missed Buffalo’s win over the Los Angeles Rams. This week, Knox has a clean bill of health while Moss’ status has improved and the rookie running back is listed as questionable heading into Sunday’s game against the Las Vegas Raiders.

Moss is one of only two Bills’ players that are questionable. Defensive end Mario Addison (knee), who the team signed in the offseason, is also uncertain to play against the Raiders. Linebacker Del’Shawn Phillips will not play for the third straight game.

Addison would, without a doubt, be the most significant loss for the Bills, as the DE has been a bright spot for the Bills defensive front that has otherwise struggled to begin the season. Addison recorded a sack in each of Buffalo’s first two games but exited the team’s win over LA.

Moss has averaged 2.8 yards per carry through two games, as the rookie has struggled a bit this season. After starting running back Devin Singletary recorded an explosive effort in Week 3, you may see the Bills be cautious with Moss this week and lean toward giving him another week of rest while giving Singletary another heavy workload against LV.

Knox was one of many bright spots on the Bills’ Friday injury report, as it’s good to see the second-year TE has cleared the concussion protocol and is on his way to returning to the field on Sunday. Not to say the Bills were lacking in his absence, as Buffalo tight ends accounted for three touchdowns in its win over the Rams - with Tyler Kroft catching two TDs, including the game-winner, and Lee Smith grabbing the other on the only snap he played during the game. Knox played 64% of the Bills’ offensive snaps during Week 1 and will likely return to the starting role in Week 4. He’s recorded three catches for 62 yards on six targets this season.

A few other positive signs were the status’ of defensive tackle Ed Oliver, offensive tackle Dion Dawkins, wide receiver John Brown, safety Micah Hyde, and DT Quinton Jefferson. All of them practiced in full after suffering injuries during Sunday’s win over the Rams which forced them to miss practice earlier in the week. All are set to play on Sunday.

Another note from this week’s injury report, former All-Pro defensive back Josh Norman (hamstring) returned to the practice field and is likely to be activated from injured reserve in time for the Bills’ tilt with Vegas. To make room for Norman’s anticipated activation, the Bills cut former University at Buffalo defensive back Cam Lewis, brought up from Buffalo’s practice squad after Week 1.

Norman’s return to the Bills’ secondary provides a boost, as current starting cornerback, Levi Wallace, has struggled this season outside of Week 3 when he grabbed a big interception against LA. Wallace and Norman were supposed to compete for the starting job until Norman was placed on the short-term IR. Now that Norman has returned, it may not be long before he overtakes Wallace for the starting job.

In short, the Bills are almost at full strength as Sunday’s game approaches. The NFL has experienced a high rate of injuries this season, with many star players across the league already lost for the season. Thus far, the Bills have been fortunate in avoiding a significant injury and are near full strength heading into Week 4.