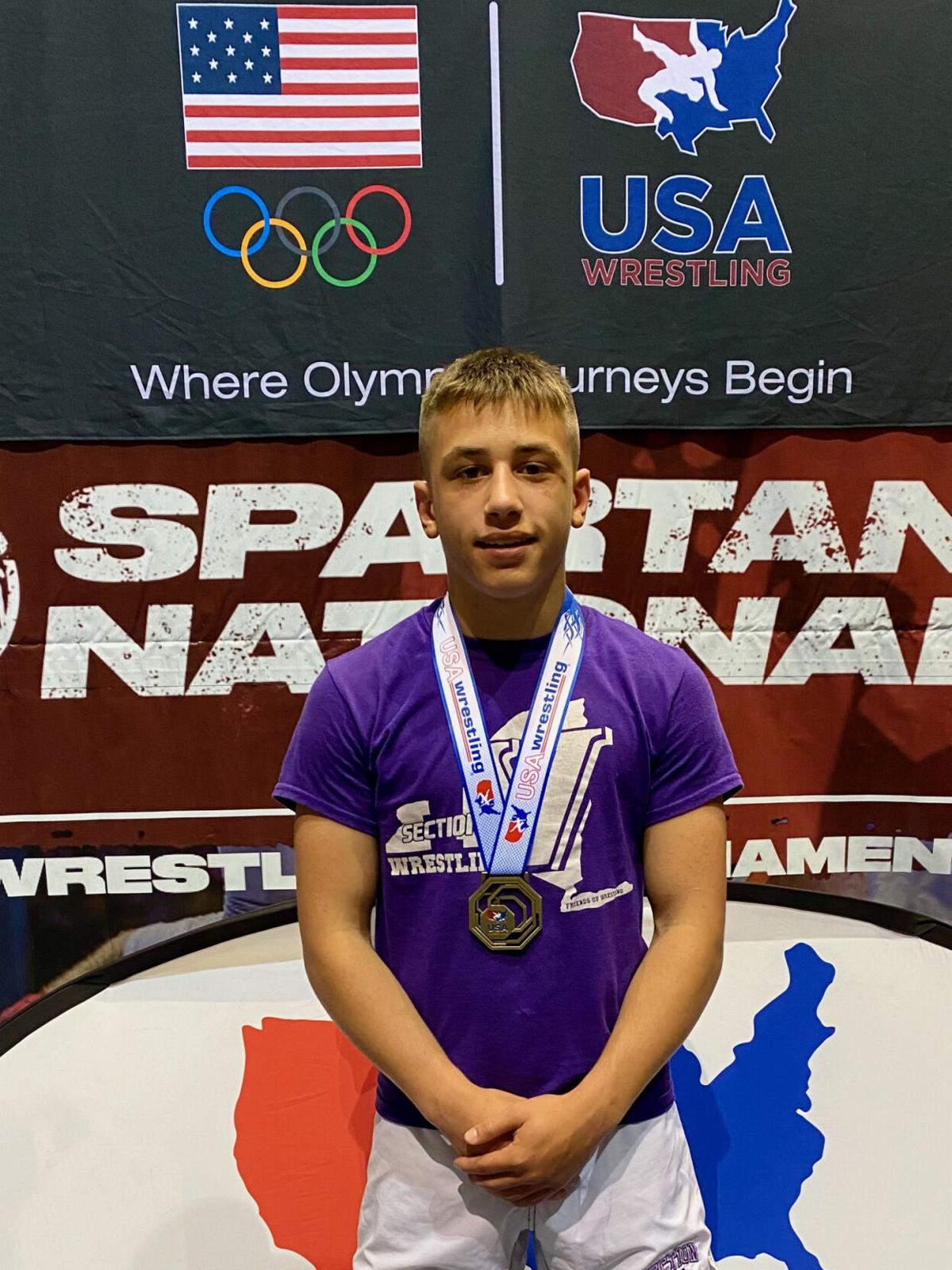 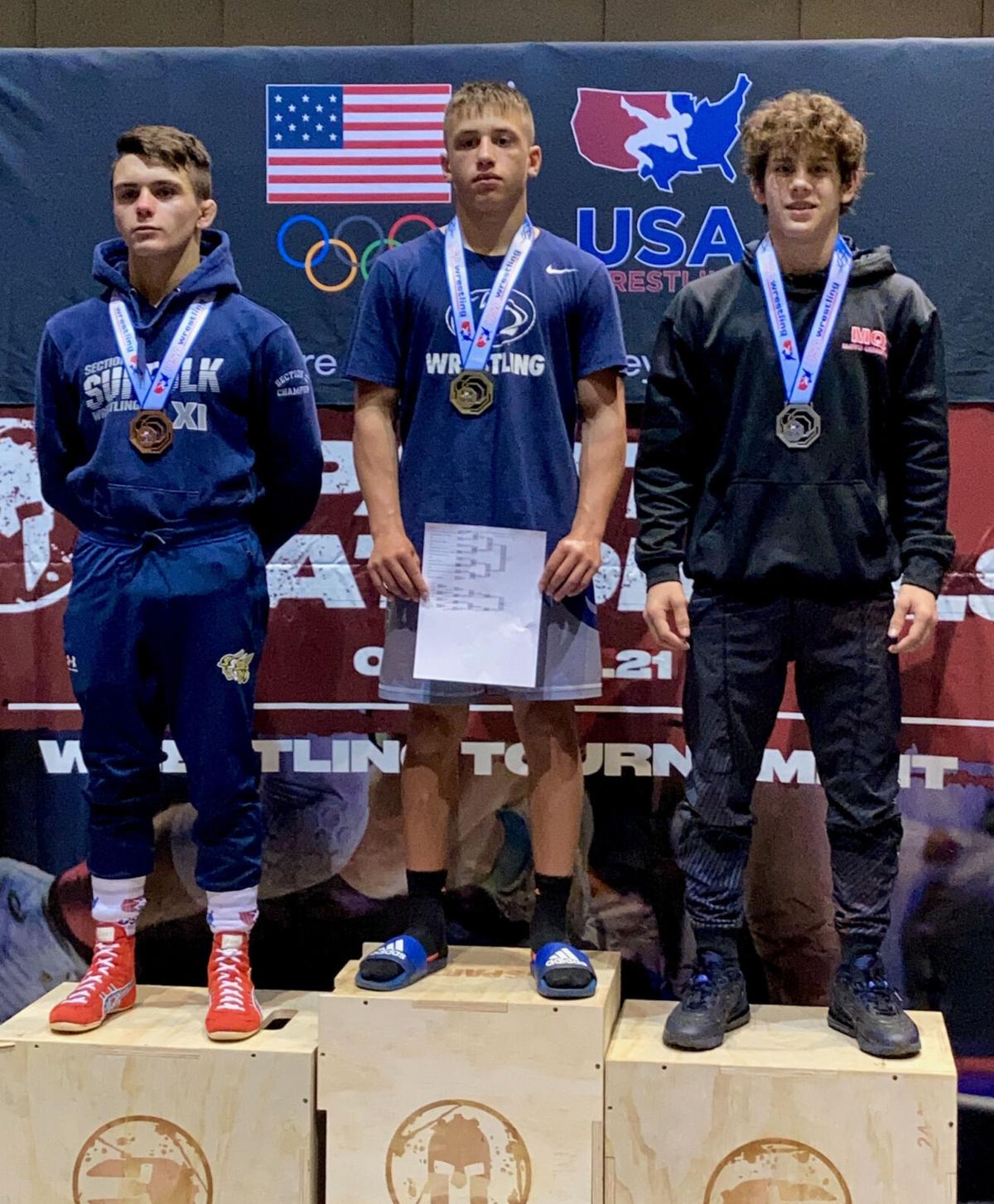 JACKSONVILLE, FL — With the USA Wrestling Nationals just a month and a half away, Batavia freshman Casper Stewart is gearing up for a deep run at 132 lbs.

During the weekend of May 22-23, Stewart traveled south to Florida and took home the 132 lbs Greco-Roman and Freestlye titles at the USA Wrestling Southeast Regional hosted by FloWrestling. The Batavia frosh went 4-0 in both tournaments as part of the 16U Men’s Division, following up his unbeaten run at the USA Wrestling New York State Championships earlier last month.

“He really loves wrestling the Olympic styles, I would even say he prefers them,” said Casper’s father Rick Stewart, who is Batavia’s varsity wrestling coach.

Stewart’s run in the Southeast Regional FS tourney began with a 10-0 technical decision over Tanner Carson of South Carolina. He followed that up with an 11-2 victory over Georgia’s Jackson Mills in the quarterfinal and a 4-0 decision over Gabriel Bouyssou of Rhode Island in the semifinal.

In the final, Stewart worked his way past Florida’s Caleb Negron by a 3-1 decision. Stewart scored early to take a 1-0 lead in the first period as Negron was called for passivity. Midway through the second Stewart was called for a step-out which gave Negron a point and evened the score at one apiece. Just seconds after Negron scored, however, Stewart responded with a quick takedown on the edge which was enough to give him the two-point victory.

“Throughout the match, I knew that I had to keep pushing forward and that an opportunity to score will come,” said Stewart about his win in the FS final.

In the G-R tourney, Stewart kicked things off with three straight technical decisions, over Florida’s Gavin Balmeceda in the preliminary round, Florida’s Keon Barrientos in the quarters and Kaden Fratus of Rhode Island in the semis.

In the final, Stewart once again met Bouyssou and moved past the RI native, 11-7. Stewart gained a 9-3 advantage after the first period and outlasted Bouyssou for the title.

Over the weekend, Stewart also competed as part of Team New York at the Spartan National Duals. The team took second in the G-R tourney and fourth in the FS tourney’s Junior Division.

Stewart now looks ahead to three Team New York training camp dates where he hopes to fine tune his skills before heading to the national tournament in July.

To achieve All-American status, Stewart must finish inside the top-eight in his weight class at nationals.

“It’s one of my highest goals that I’ve set for myself,” said Stewart about becoming a USA Wrestling All-American. “I’ve been working for this for quite some time now. This is one of the goals I’ve been pushing myself to try to achieve. I’ve been looking forward to it since I was in sixth grade wrestling (G-R and FS).”

The USA Wrestling Nationals will take place at the Fargo Dome in North Dakota July 16-23.