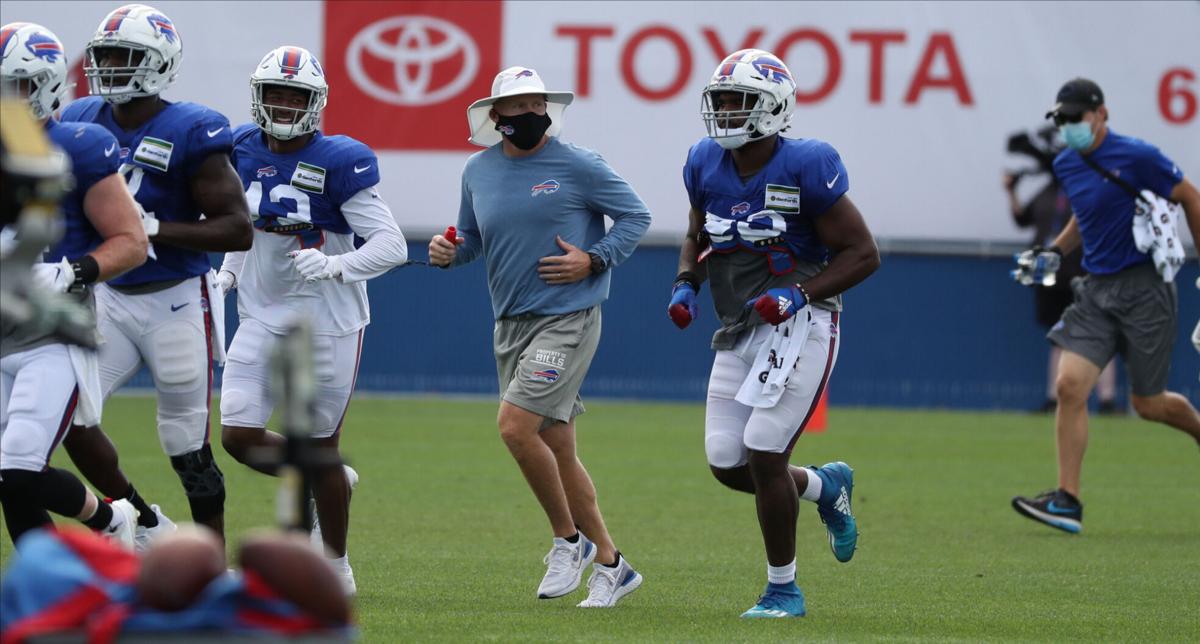 Pool Photographer (James P. McCoy/Buffalo News)Buffalo Bills head coach Sean McDermott sprints with his team to the next drill during the second day of training camp opened to the media at ADPRO Sports Training Center’s outdoor field in Orchard Park on Tuesday. 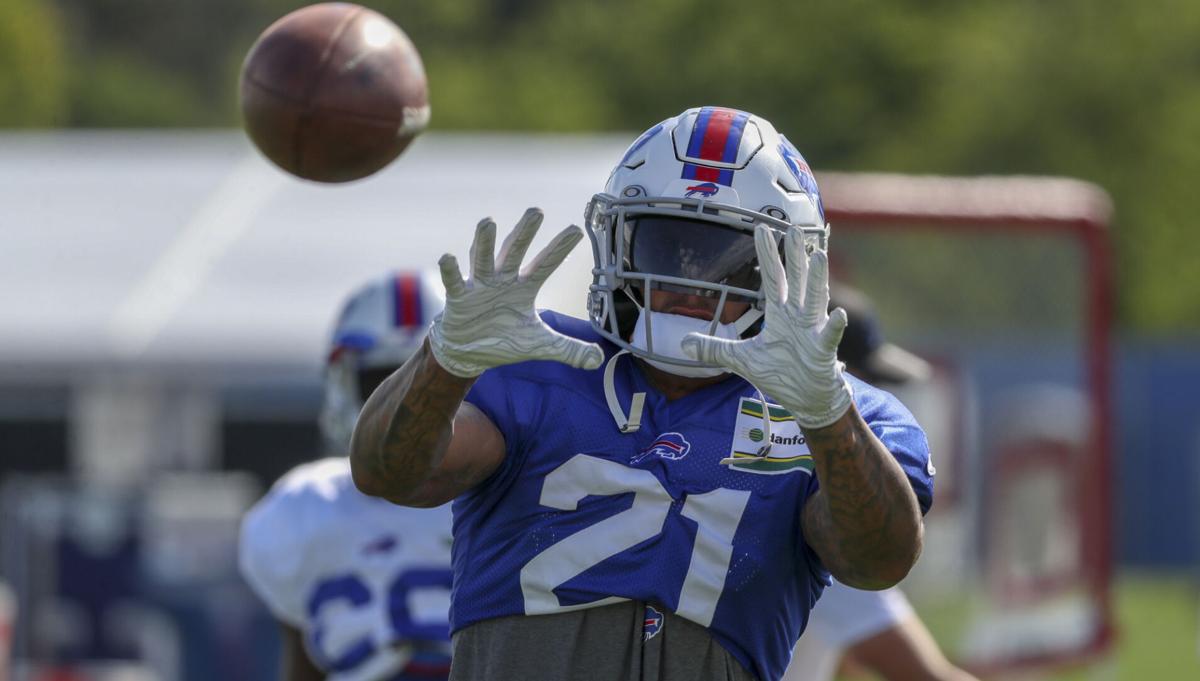 Pool Photographer (James P. McCoy/Buffalo News)Buffalo Bills head coach Sean McDermott sprints with his team to the next drill during the second day of training camp opened to the media at ADPRO Sports Training Center’s outdoor field in Orchard Park on Tuesday.

ORCHARD PARK — When the NFL announced weeks ago that the preseason was to be eliminated for this, the pandemic-stricken 2020 season, teams knew they were going to have to adjust.

Already without rookie minicamp, OTAs, and other offseason opportunities, now without four exhibition games teams were going to have to turn to other options as they prepared for the upcoming 16-game regular-season schedule.

For the Bills and head coach Sean McDermott that meant increasing the number of live practices they would have this season.

One of those instances of live contact will be this afternoon when the Bills take the field at Bills Stadium where they plan to have a full-contact intrasquad scrimmage.

“We are going to go over to the stadium and do the best we can trying to replicate (a preseason game),” said McDermott on Monday.

The Bills plan to simulate a typical gameday all the way down to the finest detail.

For McDermott, going through what a gameday will be like is of the utmost importance, especially for the Bills who have a list of key players who are new to the organization this season.

“I think when you teach you have to start from the highest common denominator to the lowest common denominator in this case the guys down here are guys that really haven’t been with us through a game yet,” said the Bills’ head coach. “You think about (guys like) Stefon Diggs, he has yet to go through a game in our locker room, whether it be dressing in our locker room or how we handle halftime or how we handle our pregame situations.”

It’s all about making the players as comfortable as possible, says McDermott.

“We need to expose our players to that in a mock run-up here so that they’re comfortable, or as comfortable as they can be when we turn around for the season here,” he said.

While there will be plenty of benefits that will come from this afternoon’s scrimmage, there are concerns for the Bills as well, mentioned veteran safety, Jordan Poyer.

“It’s a fine line,” he said. “Obviously you don’t want to see anybody end up hurt, but at the same time you have to prepare yourself to be ready to play in September.”

Poyer went on to say that, as difficult as it is in a typical season, adjusting to game speed will be even more difficult without the benefit of the preseason,

“I think its important guys are able to see the ball move at full speed,” said the Bills’ safety. “Work on our angles, our tackling, our physicality.”

Although toeing the line between safety and preparation can be difficult while undergoing sessions of full-contact, Poyer believes the Bills have done a nice job of doing so thus far during training camp.

With that date with the Jets less than three weeks away, if injuries are suffered this afternoon, there is a good chance those ailments may potentially linger long enough to impact players’ status come Week 1. As time winds down in the preseason, this will be the only such intrasquad scrimmage for the Bills before they take on New York on September 13, and with their eyes locked on the injury report Bills’ fans will be hoping the team’s dress rehearsal goes smoothly.