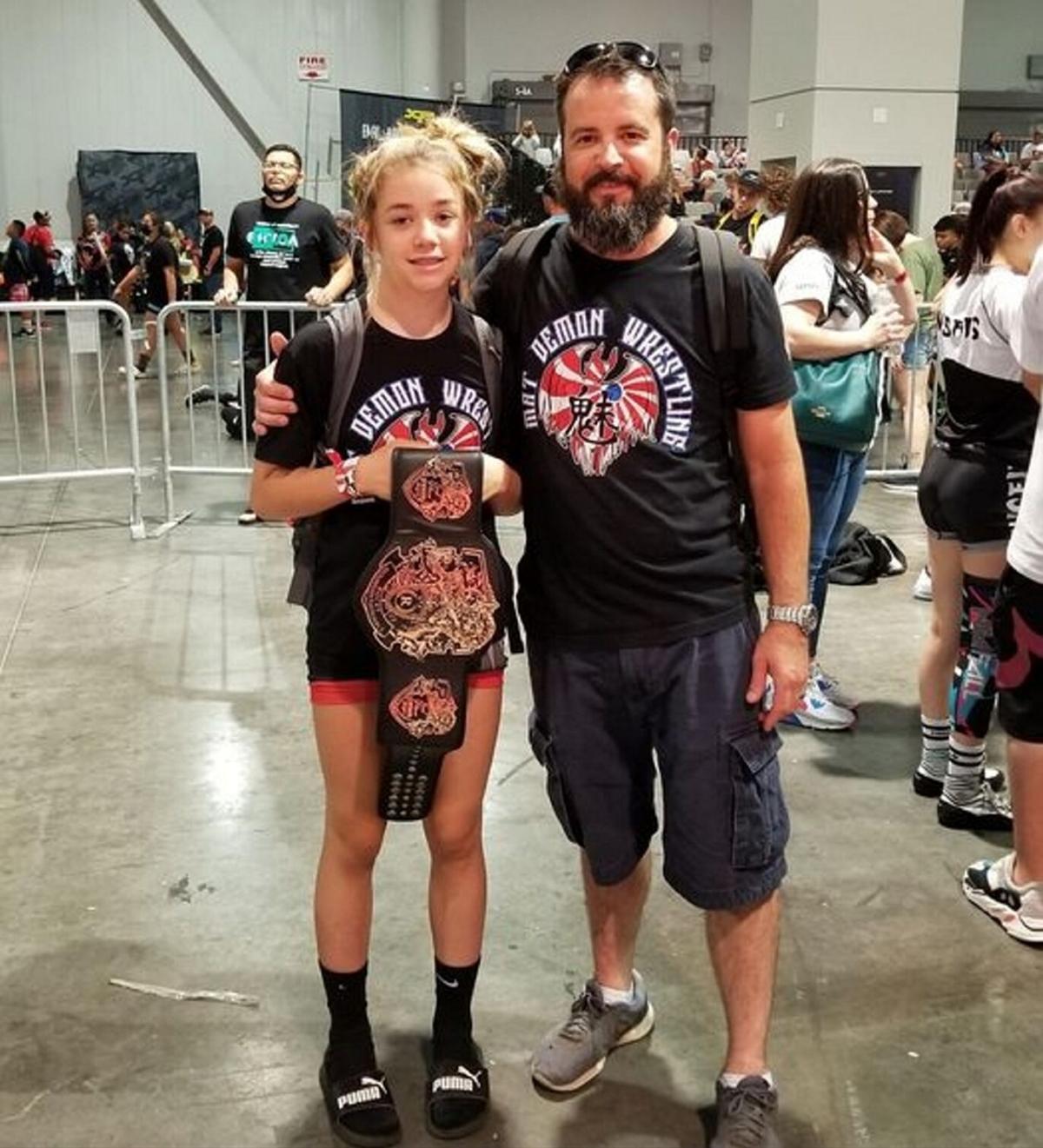 Photo by Cindy Cassada Sloane Kruger (left) captured third place at the Rocky Mountain Nationals recently with her father Steve (right) in her corner. Steve is a three-time Section V champion from Kendall. 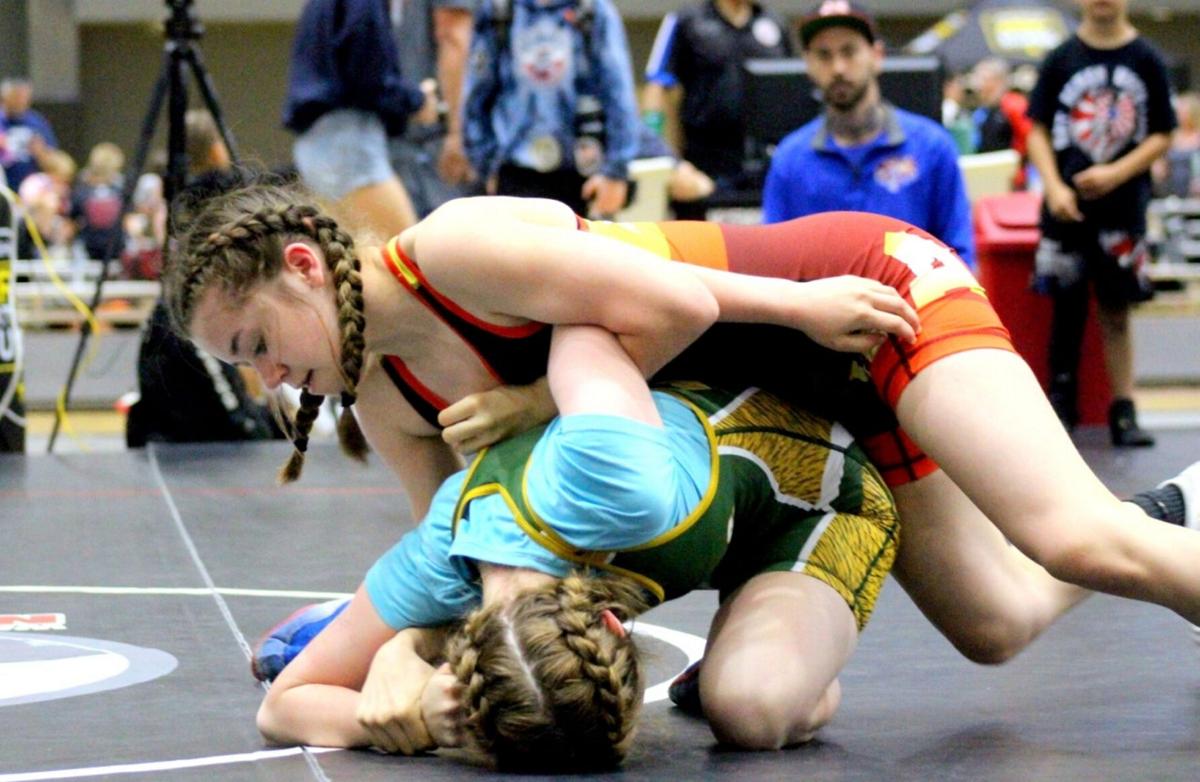 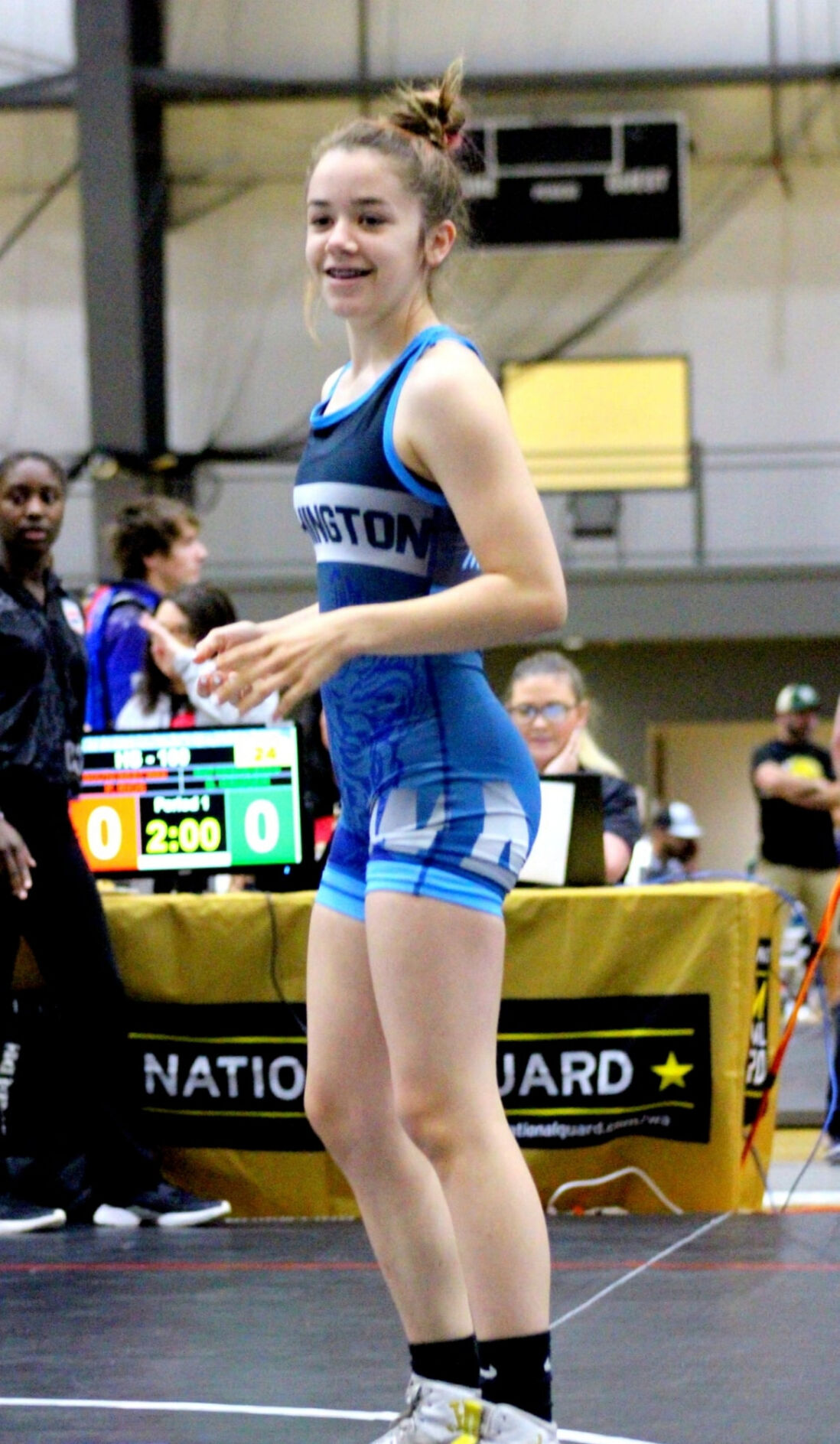 Photo by Cindy Cassada Sloane Kruger has been finding some success on the wrestling mats. 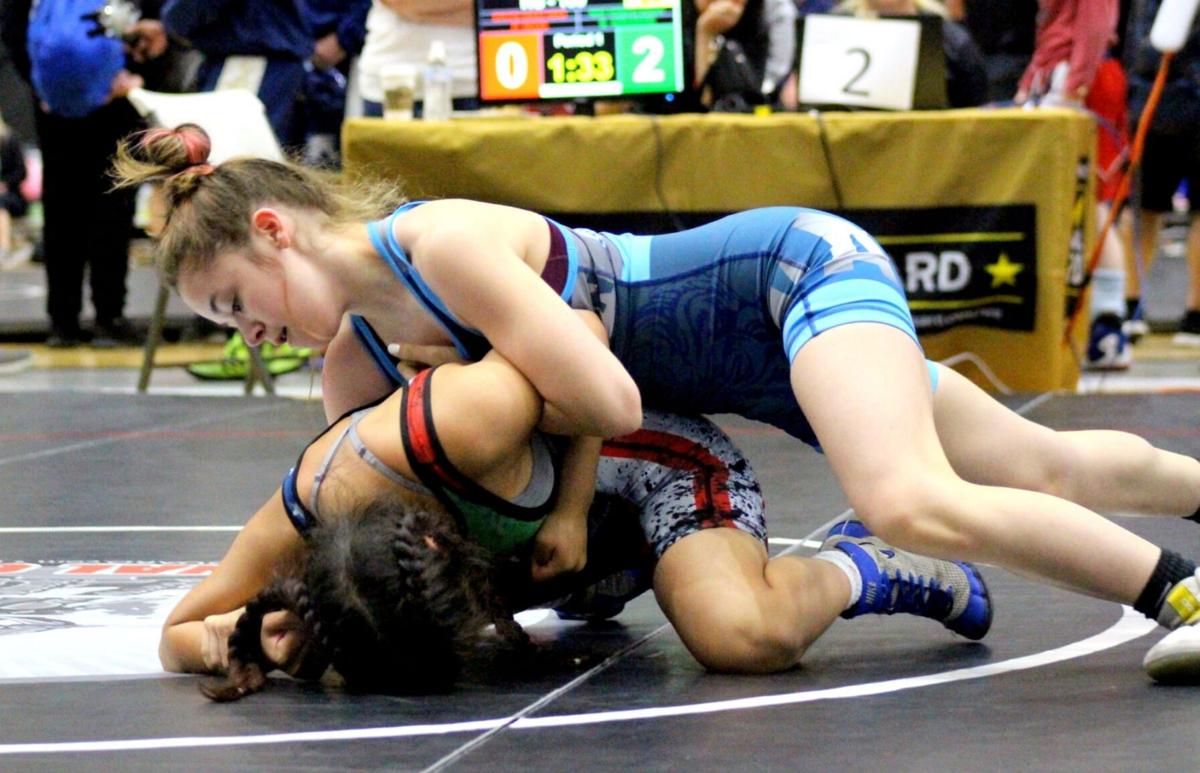 Photo by Cindy Cassada Sloane Kruger (left) captured third place at the Rocky Mountain Nationals recently with her father Steve (right) in her corner. Steve is a three-time Section V champion from Kendall.

Photo by Cindy Cassada Sloane Kruger has been finding some success on the wrestling mats.

OLYMPIA, WA. — Sloane Kruger is a chip off the old block.

The daughter of three-time Section V champion Steve Kruger, of Kendall, has been enjoying a tremendous wrestling career of her own, most recently placing third at the Rocky Mountain Nationals Tournament

Sloane Kruger, a former NY resident, has always been involved in wrestling. Father Steve, who started wrestling when he was just 5-years-old, was a coach for Kendall Youth Wrestling and the Holley/Kendall Youth Traveling Duals Team.

Sloane’s family lived in Holley, where she attended school. She was involved in dance at Lisa’s Dance Boutique for five years and also in youth soccer until they moved to Washington State in 2018 when she was 10. They now live in Olympia (WA.).

Sloane used to keep the scorebook at the tournaments as her younger brothers wrestled for Kendall Youth Wrestling and Olympia Silverback Youth wrestling, where her dad was also a coach. She went to a practice with them one night and paired up with a girl from her school who was trying wrestling for the first time. That was all it took. That was the beginning of her wrestling career. She was hooked.

When you watch a lot of wrestling at tournaments while keeping the scorebook, you pick up some knowledge on moves and techniques which is what eventually led to Sloane joining the Olympia Silverback Youth club in October of 2019 and competed at her first tournament in November placing third.

During this first year, there were some ups and downs, but she ended up with some solid place finishes including placing second at the Washington State Folkstyle Tournament in February 2020 — quite an accomplishment for a girl who had only been wrestling for a year.

In Sloane’s second year, October of 2020, her passion for the sport started taking over and she is now a member of the Olympia Silverback Youth Team, Mat Demon Wrestling Team, and Jack Hammer Traveling Dual Team which traveled throughout the country, and was selected for the Washington State 14u Nationals Duals Team that competed and placed first in Utah.

Sloane wrestled in tournaments from Ohio, to Utah, to Arizona, and Washington as her second year started.

Practices are anywhere from 2-5 days a week. In May of 2021, Sloane participated in her first Freestyle and Greco Tournament and placed 2nd in both classes.

This past weekend, she attended the Rocky Mountain Nationals Tournament in Las Vegas and placed a very impressive third against some top-notch competition.

Sloane will start her high school journey this fall and hopes to wrestle on the school’s varsity wrestling team and Steve couldn’t be more proud and excited.

“It’s wonderful to see your child carry on a passion for the sport you loved,” Steven said. “What’s more inspiring is to witness your child work hard and be dedicated to achieving their goals. I am very proud of her.”