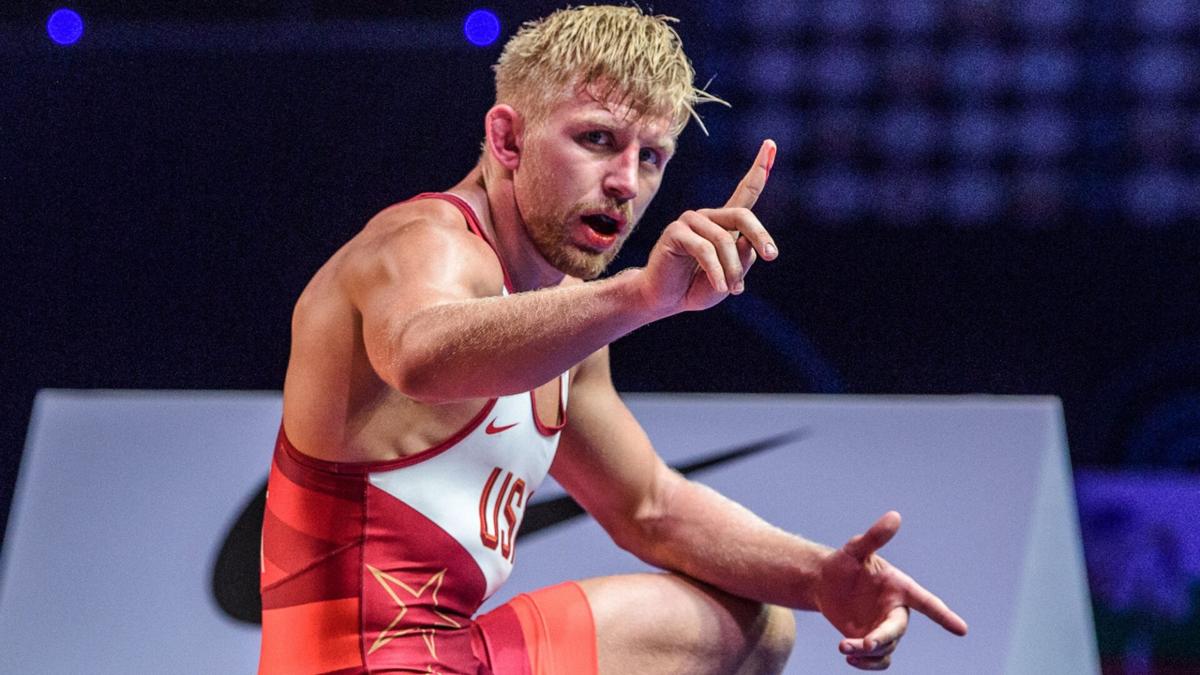 Wire photo Former Section IV star Kyle Dake will be heading to the Olympics in Tokyo. 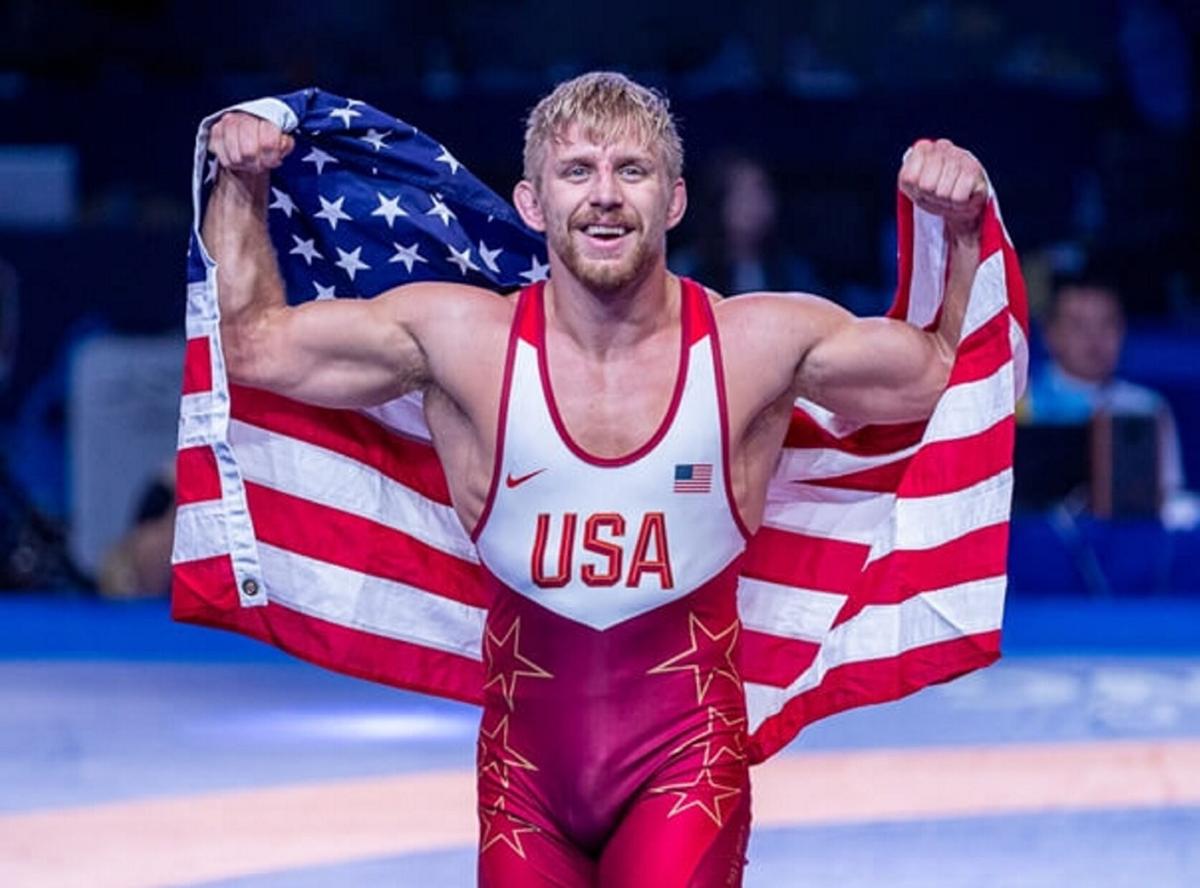 Wire photo Former Section IV star Kyle Dake will be heading to the Olympics in Tokyo.

Dake, a two-time NYS champion from Section IV’s Lansing High School, located about five miles north of Ithaca, went on to become the first-ever NCAA wrestler to win four national titles in four separate weight classes while wrestling at Cornell University from 2010 to 2013.

Dake defeated Burroughs 3-0 and 3-2 over the weekend in the best of three series.

Dake entered the qualifiers as a two-time US National champion, ‘18 World Cup champion and ‘18 Ivan Yarygin Grand Prix Silver medalist. He has won two back-to-back World Championships at 79 kilograms by defeating the 2016 Olympic medalist Jabrayil Hasanov in the finals, in 2018 and 2019. During his first World Championship tournament, Dake outscored his opposition 37 points to zero, not surrendering a single point.

He entered the Olympic Qualifiers riding a 44 match win–streak.

In college, he became the third four-time NCAA Division I National Champion in history, and the only one to ever do so in four different weight classes, and did so without a redshirt season. He was named the Dan Hodge Trophy winner as a senior and he also claimed three EIWA titles, competing out of the Cornell University.

Dake made his senior freestyle debut on April 2011, at the age of 20, when he became the US University National runner-up to ‘10 US Open National champion Andrew Howe.

That June, he competed at the US World Team Trials, where he posted notable wins over ‘10 NCAA champion J.P O’Connor — another New York born wrestler, and ‘11 NCAA finalist Tyler Caldwell, going 3-2 overall.

In April 2012, Dake attempted to become a US Olympic Team Member at 74 kilos, but was unable to as he was defeated by Trent Paulson in the semifinals.

Dake a strong local connection with several of our former LCAA wrestlers.

In fact, one of our area’s greatest victories came back in March 2008 at the Blue Cross Arena in Rochester when Warsaw’s Ian Paddock earned MOW honors following his 9-4 victory over Dake at 130 pounds at the 62nd Annual NYS Division II Wrestling Championships.

One year later, Dake’s senior season, he edged Letchworth’s Mike Nevinger by a 2-1 score in the 140-pound championship match at the Times Union Center in Albany.

Nevinger was a two-time NYS champion.

Current Byron-Bergen wrestling coach Rich Hannan remembers Dake back in his youth wrestling days all the way up to his four straight NCAA titles.

“It has been awesome following his progression as an athlete,” Hannan said. “I remember seeing him as a young kid at the NYS tournament when he won his first state title and I was shocked as he pinned a very good kid in the finals that year, it’s what wrestling people do, and it was an extremely deep weight class too. I am beyond happy for the entire Dake family. They are great people. Kyle is a great guy and will be an awesome representative for team USA! He is a true ambassador for his sport. It is awesome that he represents NY and is a NY product. It is a testament to the quality that we have here in NY. Not just Kyle — but also Jesse Porter from Section II also made the US Greco-Roman team. So many NY guys and girls had great runs at the Olympic trials, including Section V’s own, Yianni D, placing fourth, he just missed out on making the national team. Jenna Burkertt, Vito, Nick Gwiz and many more top athletes represented NYS so well. All three of them lost in the finals and are now on the US National team. I love the Olympic games and I can’t wait to watch Kyle and company compete and represent Team USA. We have a great group representing all styles of wrestling! I am so pumped.”

Hannan was referring to Hilton’s Yianni Diakomihalis, who lost a semifinal heartbreaker to eventual champion Jordan Oliver at 65K (143 pounds) in a match that went to criteria.

“Dake has been one of the most dominant wrestlers in the world the past few years, and it was no surprise when he beat Burroughs,” Herman said. “He’s also one of the most exiting wrestlers to watch. As you saw in his semifinal win over Nolf, it’s not unusual to see him hit a five-point throw. His chances for gold at the Olympics are probably better than any other Team USA representative this summer.”

Highly successful Attica wrestling coach, now the school’s AD, Eric Romesser, will be pulling for the homestate boy in Tokyo.

“You have to be pulling for him — New York grappler who simply exploded onto the college scene while at Cornell,” Romesser said. “Winning four national titles at four different weight classes had never been done before. He is such a student of the sport that exhibits unbelievable mat awareness and match composure. Regardless of the moment, it is never too big for him! His internal drive and preparation will have him in line for a gold medal.”

Longtime Geneseo wrestling coach Danny Carman remembers watching Dake at the state meet many moons ago and always kept an eye on him post-high school as well.

“The amount of work he put in to get to this point in his career is incredible,” Carman said. “In fact, look at all those Cornell wrestler’s that were at the Olympic qualifiers — insane. I know my entire family will be rooting for Dake in Tokyo. He can definitely bring home the gold.”