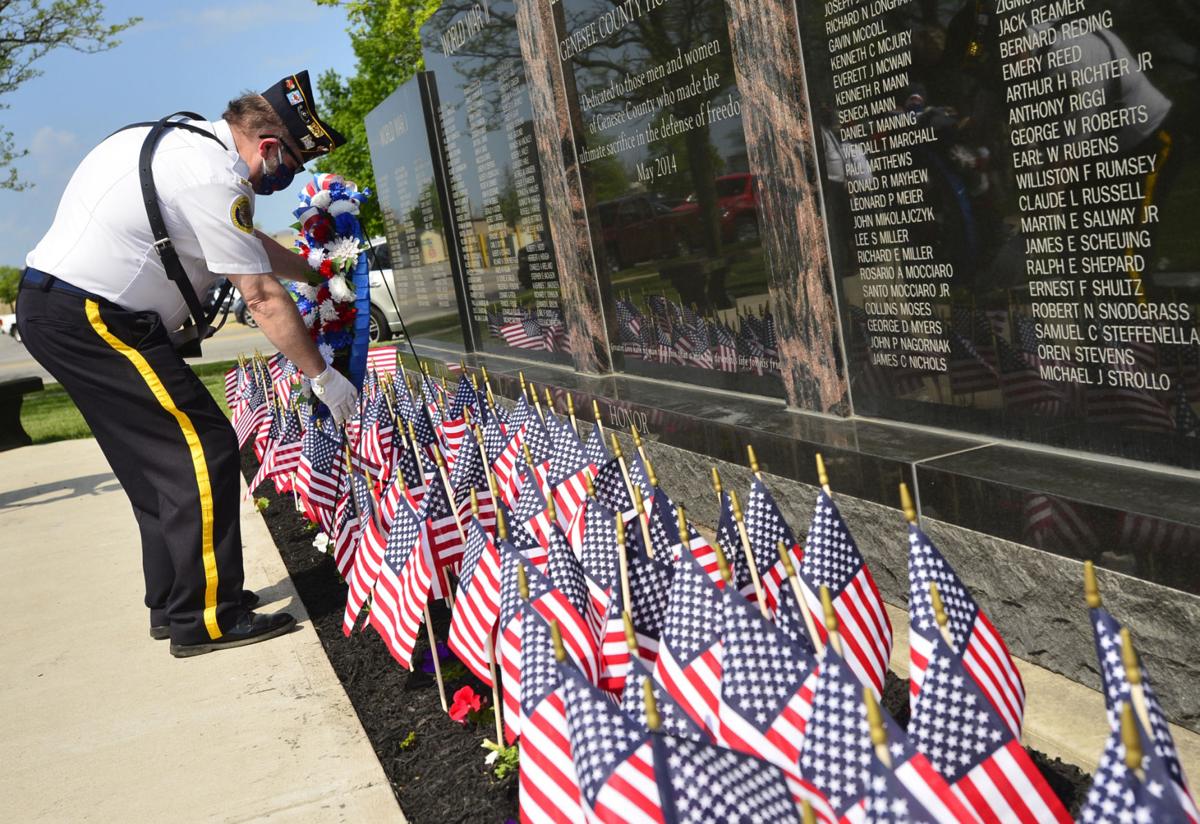 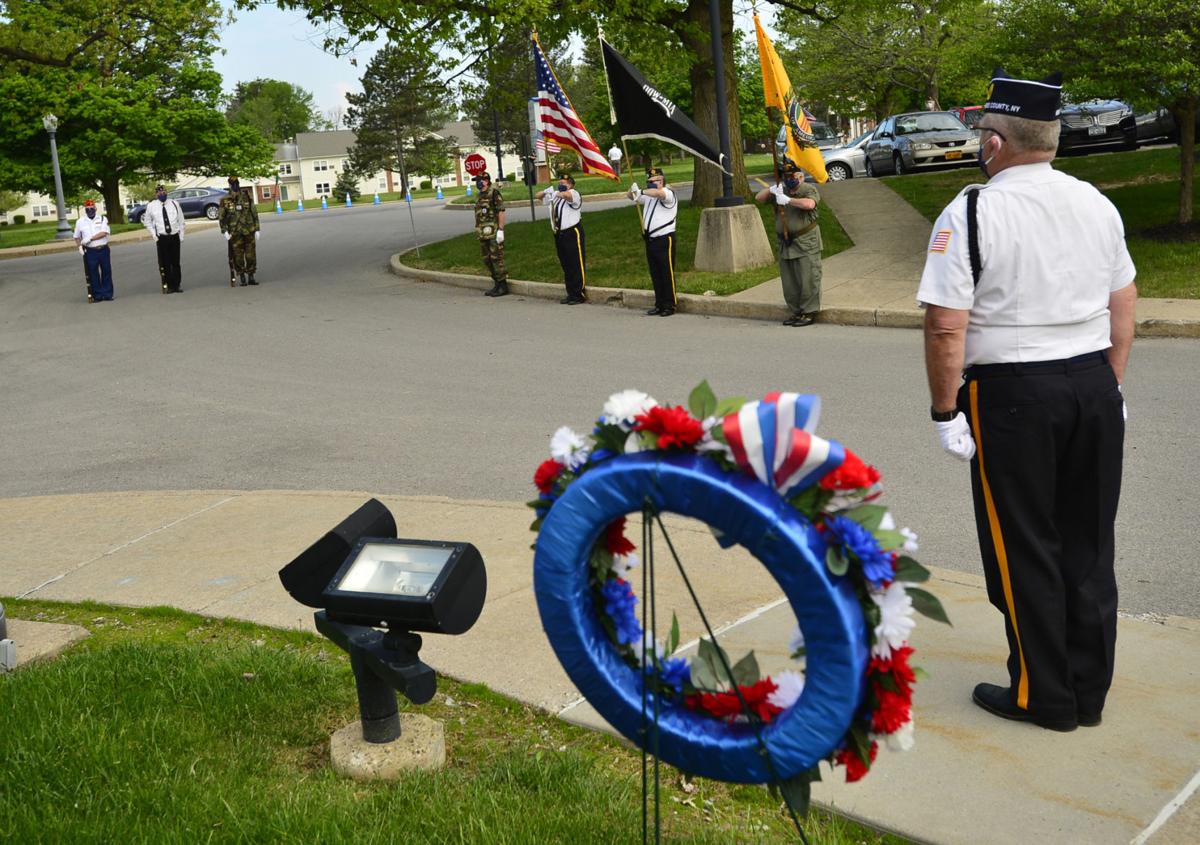 MARK GUTMAN/DAILY NEWSLocal veterans stand at attention during the playing of taps at the VA Nursing Home on Memorial Day morning. 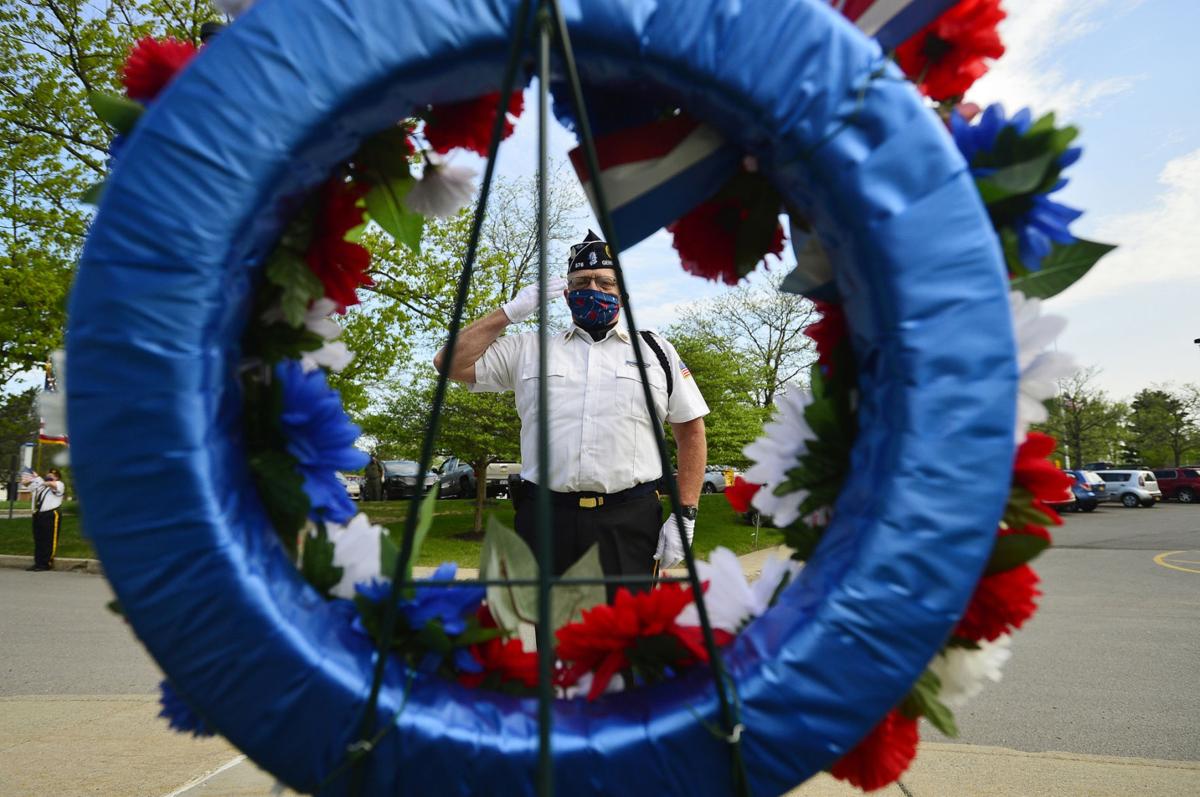 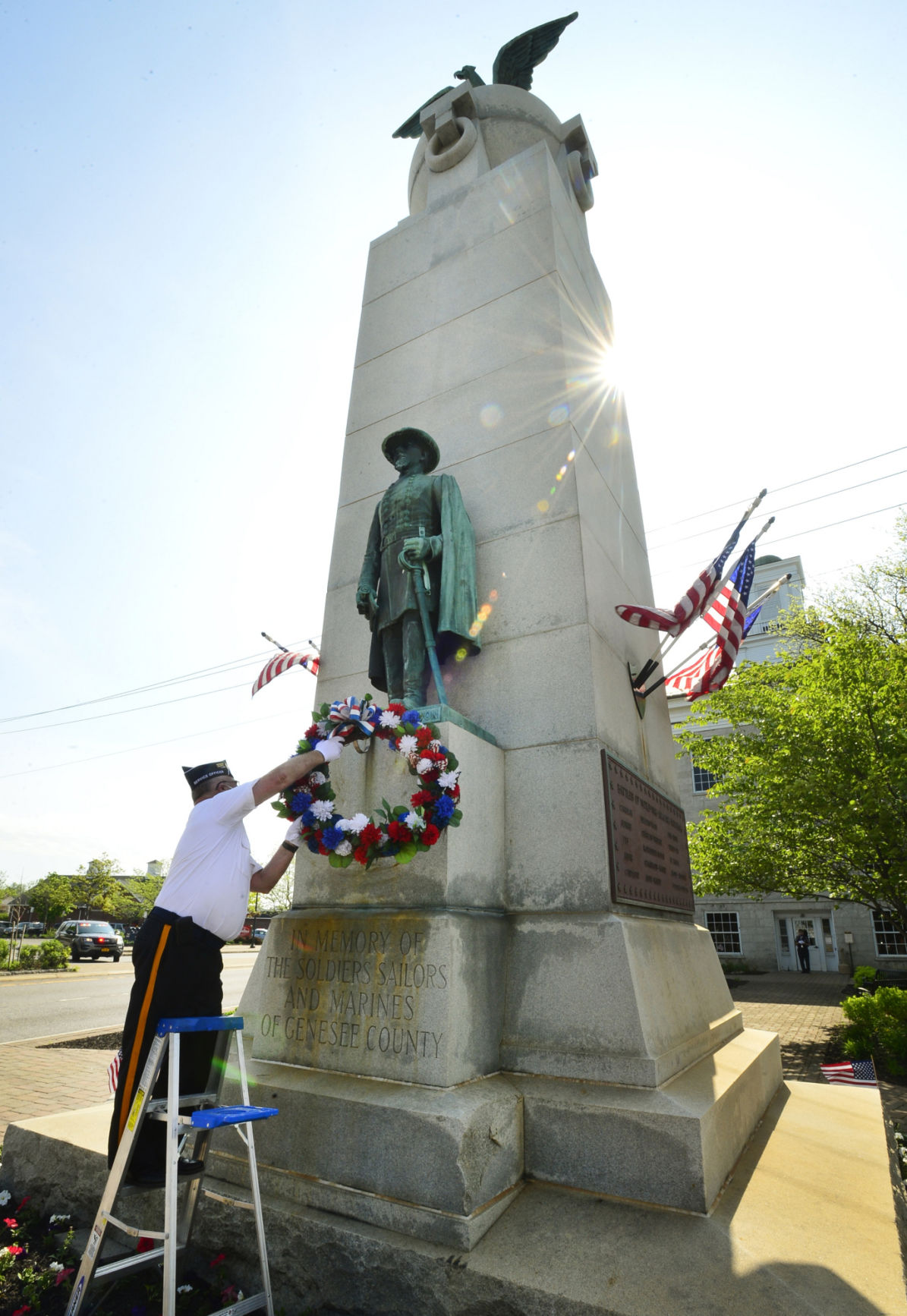 MARK GUTMAN/DAILY NEWSLocal veterans stand at attention during the playing of taps at the VA Nursing Home on Memorial Day morning.

BATAVIA — Whether they were able to stand on the fringes of the ceremony at the Jerome Center Monday morning or watched online, local residents were able to hear the message of thanks shared during Memorial Day.

The gathering at the Jerome Center was much smaller than usual due to the restriction of gatherings to 10 people or fewer during the COVID-19 pandemic, but the program went on.

“Memorial Day is a solemn time in America where we set aside to honor those who have given their lives for the service of our nation,” said Rochester Regional Health United Memorial Medical Center President Dan Ireland. “Over the past years, I’ve had the honor to stand here amongst these men and women as we pay tribute to those who have fallen. This year is different. There is less (of a crowd) here, but the gratitude, commitment and appreciation of our community surrounds us. We stand here today to once again recognize those who have paid the price for our freedom to be sure that we can continue on — that we grow, we improve and we can care for others.”

Ireland talked about the public response to COVID-19 worldwide and in our local communities.

“What’s not lost is the methods we used, the way we went about responding, are some of the methods the military has taught us over the years,” he said. “For each war and each conflict has brought new learnings on how we respond to crisis. We’ve used those learnings to help take care of our own on our own soil — locally and throughout our nation.

“It’s not lost that the men and women who lost their lives that we honor today helped us achieve those learnings, helped us get to where we are today,” Ireland said. “Their sacrifice for us, for our freedom, for what we know today, is not something we’ll ever forget and is something we honor and treasure. This Memorial Day, we honor and mourn our military personnel. They died to serve our United States Armed Forces. They gave up their lives and their families stand here with us, both remotely and here in person, to give their respects, so that we may continue on, to make sure we have what we need to know what we’re going to do going forward and how we respond to the next crisis.”

Genesee County Veterans Service Agency Director William Joyce read the names of 156 local veterans who died between Memorial Day 2019 and last Friday. They included those who served during wartime periods including the Korean War, Vietnam War, War on Terrorism and peacetime operations.

Keeping his distance and standing next to the bicycle he rode to the Jerome Center, Dan Hale of Batavia, a veteran, said he attended most of the ceremonies held in Genesee County Monday morning. Other ceremony sites included the Vietnam Veterans Memorial in Genesee County Park, World War I Memorial at Williams Park, Batavia VA Medical Center and New York State Veterans Home.

“I had family friends pass away who are veterans,” he said. “My brother-in-law, Robert Kent, passed away. He was in the Air Force. I just rode my bike in to support the veterans. Being a veteran, you always honor their sacrifice.”

Teresa Rumble of Batavia, whose father was an Army veteran, sat on a bench with Hal Mitchell of Stafford.

“It just isn’t the same. It’s a whole different thing this year,” she said of the Jerome Center ceremony.

Mitchell, a member of the Genesee County Joint Veterans Honor Guard, is a past president of the Vietnam Veterans of America.

He was at the Jerome Center ceremony rather than watching it online because it’s his way of showing support for those who made a sacrifice for us.

Father David Glassmire, who gave the invocation, gave the benediction.

“Almighty God, you have blessed us with brave men and women who are willing to defend our freedom. May your protection and grace surround them each day. Let your healing wand be upon those who suffer wounds and injuries. May those who have made the ultimate sacrifice rest forever in your presence,” he said. “Comfort the families who mourn and are left to remember the precious lives of their loved ones. Help us to honor and support them. Let us be mindful of each sacrifice made on behalf of the American people by our sons, our daughters, our husbands, our wives, our mothers, our fathers and our friends.”

Joyce thanked everyone at the Jerome Center or watching and listening online for coming to the ceremony this year.

“Hopefully next year, we can have more people view this ... I’m really proud that all of you that could make it, did make it, with the numbers that we were restricted to,” he said.

After the ceremony, he said, “I think it went very well. I wanted to honor the veterans with what was owed them today — everything that was due to them. Hopefully next year, we can go back to normal.”