Sign Up
Log In
Purchase a Subscription
You are the owner of this article.
Edit Article Add New Article
You have permission to edit this article.
Edit
Home
COVID-19: Back open for business
News
Sports
Obituaries
Opinion
Arts & Life
Calendar
Photo and Video
Ads
More
Share This
1 of 4 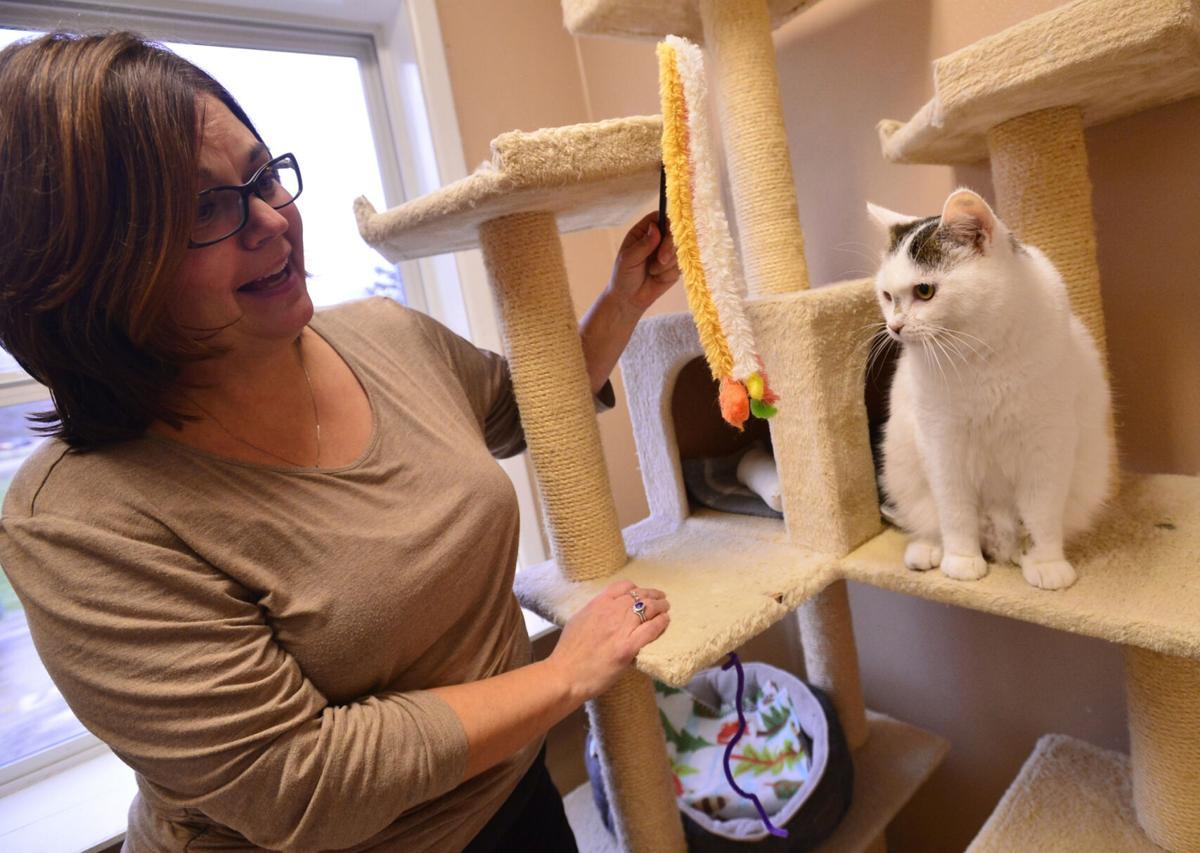 Julie Long of the Wyoming County SPCA plays with a cat named Biscuit on Monday afternoon at the shelter in Attica. Area animal shelters have adapted to the challenges of the COVID-19 pandemic. 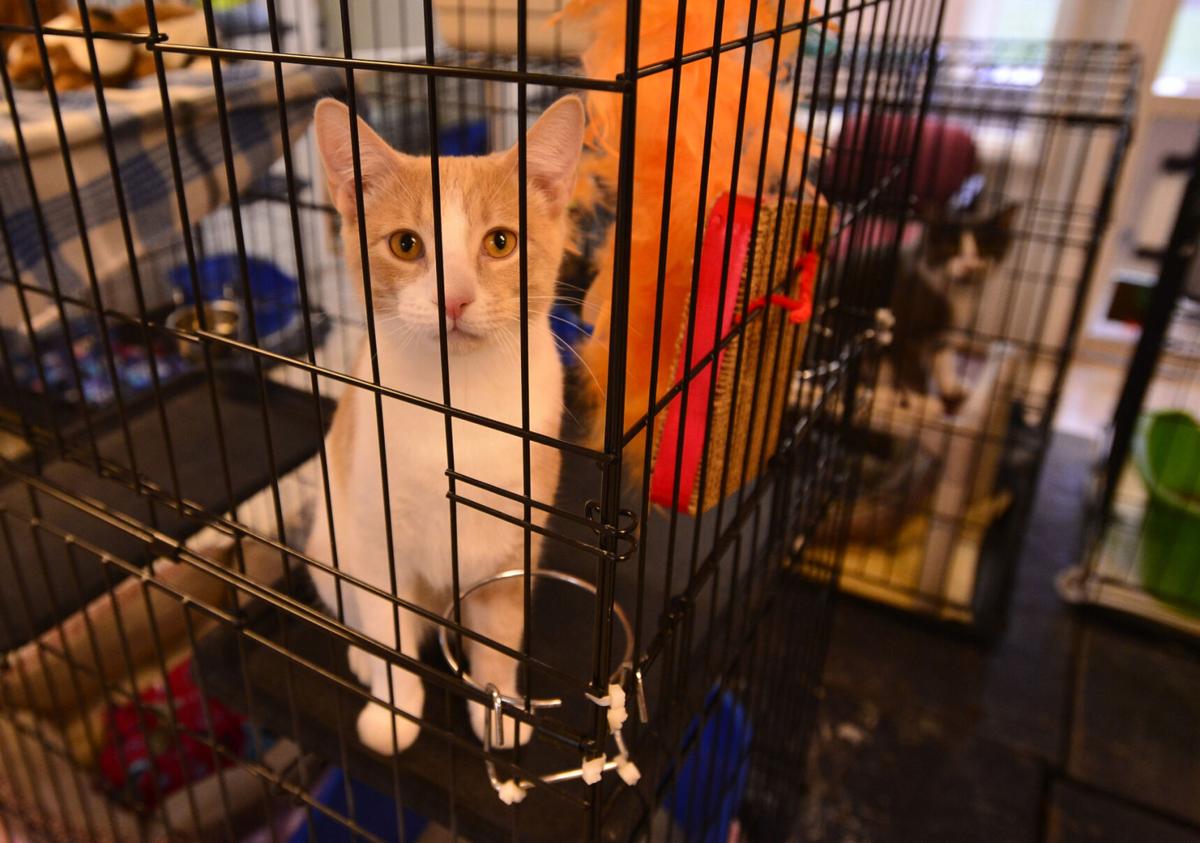 A cat named Husdon sits at the Wyoming County SPCA shelter in Attica. 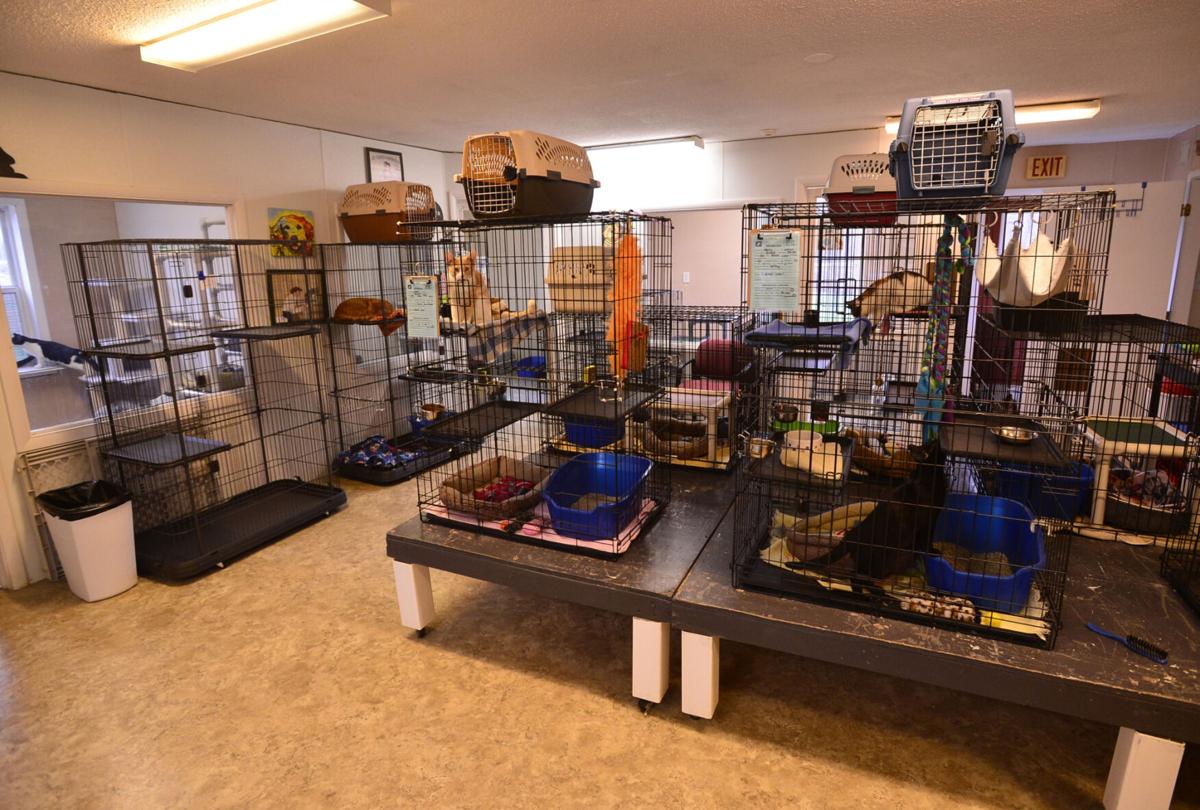 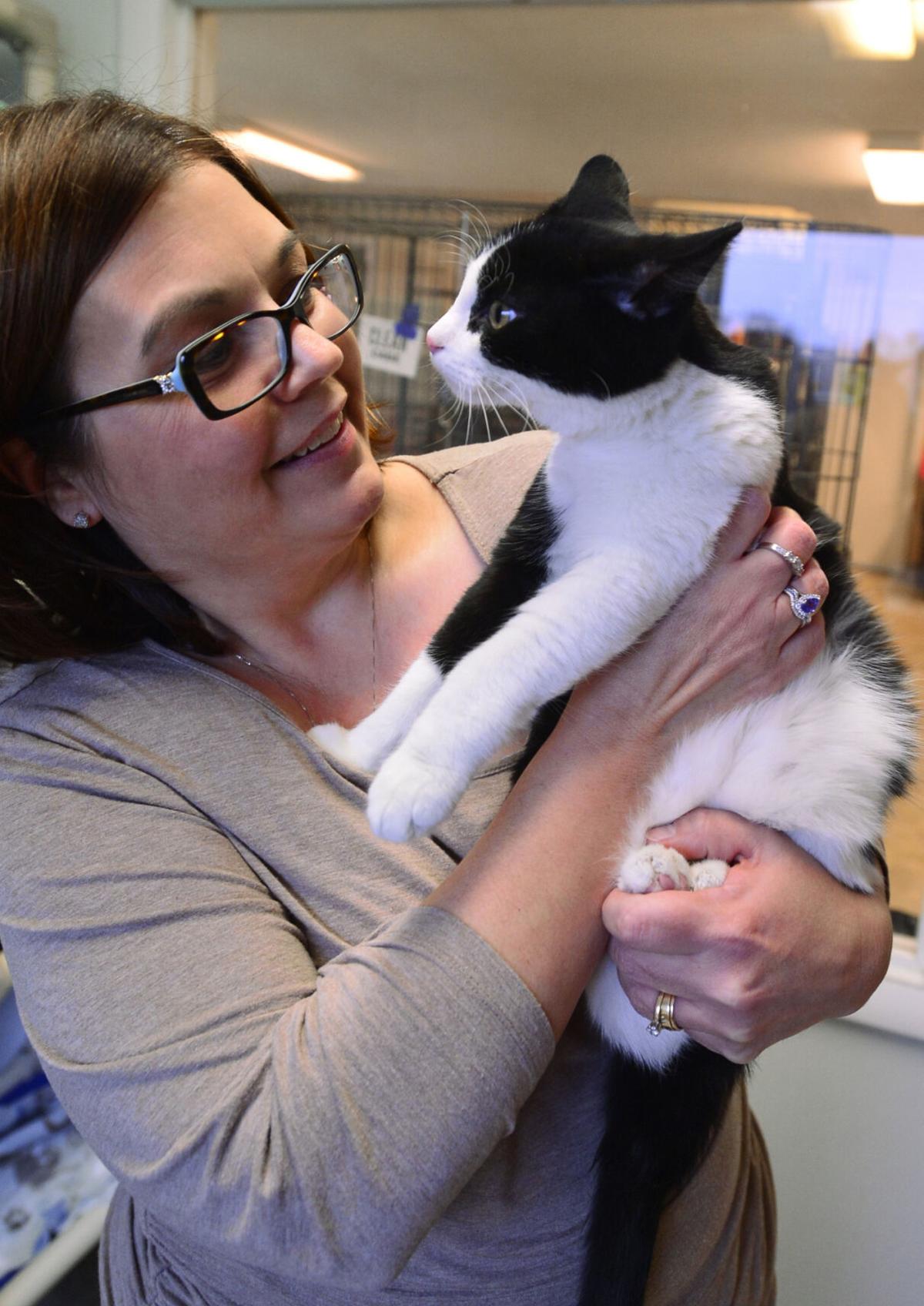 Mark Gutman/Daily NewsJulie Long of the Wyoming County SPCA, plays with a cat named Obie on Monday afternoon at the shelter in Attica. Area animal shelters have adapted to the challenges of the COVID-19 pandemic.

Julie Long of the Wyoming County SPCA plays with a cat named Biscuit on Monday afternoon at the shelter in Attica. Area animal shelters have adapted to the challenges of the COVID-19 pandemic.

A cat named Husdon sits at the Wyoming County SPCA shelter in Attica.

Mark Gutman/Daily NewsJulie Long of the Wyoming County SPCA, plays with a cat named Obie on Monday afternoon at the shelter in Attica. Area animal shelters have adapted to the challenges of the COVID-19 pandemic.

ATTICA — With COVID-19 shutting down a lot of businesses and preventing foot traffic through buildings, animal shelters have had to find new ways to provide forever homes for their cats and dogs.

Both the Wyoming County SPCA and PAWS Animal Shelter in Albion have enacted appointment-only processes, and do the work to pre-approve families so they’ll be able to take home their newest family member that day, if their new pet has have all its shots.

For the Wyoming County SPCA, in the past, families could come into the building during the open hours or apply online, and workers would process the application from there.

“It’s shortened the process for us, and even for adopters because they know they’re already approved if they find a dog they like,” said Patty Coffee, manager of PAWS Animal Shelter. She said it’s allowed them to schedule appointments to keep people separate instead of having 10 families simultaneously in the shelter on a Saturday.

Julie Long, president of the Wyoming County SPCA, said like for most other non-profits, it’s been challenging with redefining their fundraising. She said fundraising has had to switch to all-online, which could be challenging.

“We are a non-profit that is strictly operated by donation only and fundraisers,” Long said. “We are not a county-run shelter, so we bear the burden of all operating expense, utilities — we do have a staff member.”

Fundraising has been one of the most challenging aspects for them, Long said, and when COVID-19 first hit they weren’t sure what to expect.

In the beginning, the shelter and its staff were cautious to control their intakes to be sure they had the means to medically care for all the animals — when they take in a pet, they make sure they are fully-vetted before the animal leaves.

On the other hand, Coffee said donations have been awesome for PAWS as people are still coming in and donating.

“We’ve been really lucky with donations,” she said. “People have been great. The monetary donations really help because you still need staff, gas and electric and everything.”

By limiting the amount of people who are able to come and go into the building has gone far in keeping staff and volunteers safe — Long said if they have a staff member needing to quarantine, they would be in a serious situation in terms of who’s going to care for the animals, because they don’t have a big enough volunteer base to cover all those shifts.

“We did just ask the volunteers to pause for a few weeks (when COVID first hit), and we just did have the staff in the building, but we had a lower census so that was able to work,” Long said. “We then brought the volunteers back. We did have some who have not returned, which is understandable, and we’re not upset with them.”

While some new people have volunteered at the SPCA, Long said the time when volunteers are most-needed is when most people are working, so it’s a unique group of people who can come during the morning hours and help with the animal care.

Coffee added they used to have members of the ARC come in to volunteer, and they’re not doing that anymore.

If the shelter was full, she said, it would be harder for the animals, but currently because the number is so low, the strain hasn’t been so bad.

“I think what it affects more is maybe the animals, because we would have people come walk dogs and everything,” she said. “They get out now because there isn’t a lot of them, so they’re out and they’re playing. But I don’t think they get that interaction.”

Long has said one of the things they have been trying to do in regards to donations is get enough pet food to get to food pantries and community members who are uncertain if they can feed their pets or didn’t have the means due to losing their jobs. She said the Wyoming County SPCA made several large donations to food pantries in the Wyoming County area and also quite a bit to Volunteers for Animals in Genesee County.

“We still continue to do that as we can or if people were to call our shelter and be like, ‘I don’t have food for my pet,’ we would absolutely do what we can to get them a supply of food,” Long said. “Our goal is to keep pets with owners, not for owners have to surrender their pet because they can’t feed it.”

Adoptions, on the other hand, have been a constant stream, though it has slowed down slightly in the winter months — something which is a common occurrence, even in years past.

Coffee said the one thing which is different is that PAWS isn’t taking in as many stray cats because they tend to be sicker. In the past they used to have around 20 cats, but now the shelter only has around eight.

Long said the vet practices have had an impact on the number of animals shelters are able to take in because they’ve had to redefine their policies as well. She said they have a limited traffic into their building as well, which decreased their appointment times and the Wyoming County SPCA takes their pets to vets because they don’t have one on site, which limited the amount of appointments they can get.

“Overall, though, we’ve found that the community has been such an amazing support to us,” Long said. “They have rallied behind us and have been there for the animals.”