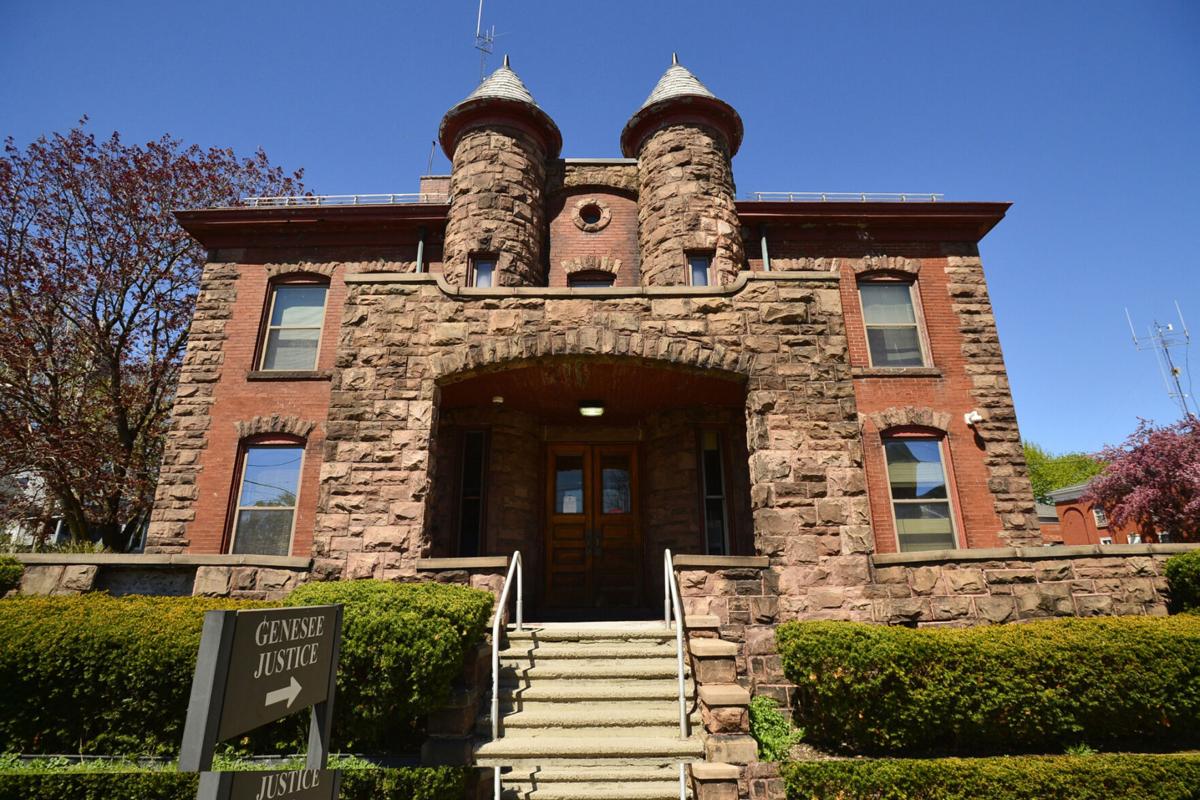 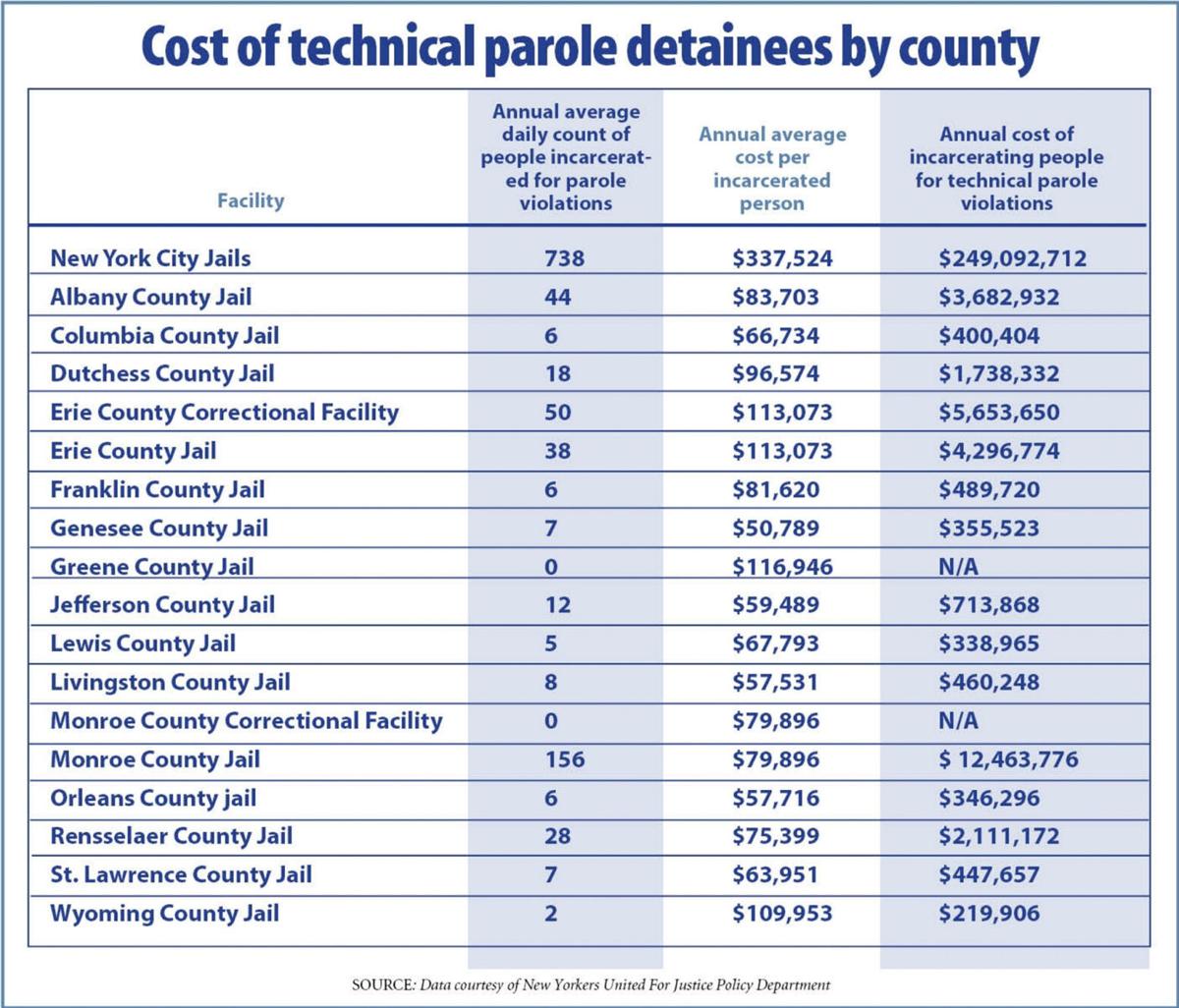 The analysis arrives as officials clash over proposed changes to the state’s parole system and parole officers plead for advocates not to misrepresent data.

Lawmakers are split as progressive Democrats push before the end of current legislative session to enact parole reform, which could lead to the release of hundreds of incarcerated people in the state’s prison system, through the passage of The Fair & Timely Parole Act and Elder Parole.

The bill reforming elder parole, if passed, would require inmates over 55 years old who have served 15 or more consecutive years be considered for parole regardless of their crime or sentence.

“New York’s parole system is broken ... [it] does not serve its function, it does not do its job, it is expensive, it is racist,” said Alexander Horwitz, executive director of New Yorkers United For Justice. “Parole was originally devised to be a state-sponsored system of re-entry to bring people home from incarceration permanently and safely. Instead, New York’s parole system is a re-incarceration machine.”

New Yorkers United For Justice, a state criminal justice advocacy group, examined the local costs for incarcerating people on parole on technical violations, which include any violation of a condition of parole outside a felony or misdemeanor offense, according to state Penal law.

The state spends approximately $359 million incarcerating people, or returning them to state prison, for technical parole violations, which includes offenses such as missing curfew, missing a meeting with a parole officer, failing a drug test or not securing employment.

The state spent roughly $2.9 billion annually in 2018, 2019 and 2020 incarcerating New Yorkers, according to Freeman Klopott, spokesman for the state’s Budget Division.

Technical parole violations drive re-incarceration, Horwitz said, citing anecdotes of people who returned to imprisonment for missing an appointment with a parole officer or spending time with someone with a prior criminal history. Formerly incarcerated people who were involved in gang activity are not permitted to associate with other gang members or people with a history of organized crime upon release.

Parolees can be confined to local jails for 100 days while the state makes a determination about their case after allegedly breaking a rule.

But Wayne Spence, president of the state Public Employees Federation — a union representing 52,000 professional, scientific and technical state workers — argued the majority of parole-related charges are not for one technical violation, and said reform advocates often misrepresent the system.

Spence, an African-American man from Queens, has served as a parole officer in the state since 1993.

Spence could return a parolee to custody for multiple violations, including failing a urine drug test, not attending the required drug treatment program, not reporting to their parole officer and not being at their listed residence.

A parolee is only required to plea to one charge, Spence explained, adding if the person decides to plea to a failure to report charge, that’s the charge recorded in court documents — skewing technical parole violation data.

Management now pressures officers to not re-incarcerate a person as quickly or for technical violations.

“But there’s always that worry not to lock somebody up and give them the benefit of the doubt,” Spence continued. “One of the biggest fears is you let somebody walk out of your office on a Friday even though he didn’t go to the drug treatment program, and the fear is, over the weekend, he’s going to kill somebody, or he might pick up the wrong drug for whatever reason and [the officer] will be a blame.

“Part of the reform has to be about are you going to keep liability on the parole officer? ... It has to be put in writing that these parole officers will not get any repercussions or losing their jobs where society wants to let these folks get a third, fourth or fifth chance.”

Parole reform is necessary, he added, but of issues that will solve the core of the problem, like increasing funding for 18B attorneys and public defenders

“We’re now starting to treat some parolees as if they’re victims. I’ve sat across from people who are actually innocent, but that’s not my job.”

The state had 112 people held in local jails on technical parole violations as of March 31, according to the state Department of Corrections and Community Supervision.

“This number does not include those individuals in local custody for a new criminal charge or for absconding from community supervision,” DOCCS spokesman Thomas Mailey said in a statement.

The state Department of Corrections and Community Supervision does not comment on proposed legislation.

Incarcerating one person in the state for one year costs about $60,000. Decreasing the number of people imprisoned for parole violations would reduce costs to counties and state taxpayers, activists said. But others caution against changing parole rules before examining how it would impact public safety.

The law would hinder parole officers to sanction parolees who violate any of the terms and conditions of their parole, according to the federation.

“Parole is PART of the sentence for a conviction,” according to the federation’s four-page opposition to broad parole reform. “Changing these rules interferes with the judicial system and may lead to longer prison sentences with less chance of parole for future incarcerated individuals.”

Gov. Andrew Cuomo and executive aides continue to review the proposed parole reform legislation. The governor’s office would not take a stand in supporting or rejecting the measures.

“The legislation is under review,” Rich Azzopardi, senior adviser to Gov. Cuomo said in a statement. “DOCCS is committed to constantly improving our community supervision processes, including the parole revocation system, in order to best support individuals under community supervision so that they can succeed in reentering their communities and leading a productive life for their families and loved ones. Contrary to popular belief, technical parole violations are not issued for an individual missing curfew one time, failing to report to their parole officer one time or missing a treatment appointment one time. The issuance of a technical parole violation is not a first resort, but rather a last, as these cases are the result of consistent and escalating violations of an individual’s parole.”

The total incarcerated population in state correctional facilities is 31,417 people as of Friday — a reduction of more than 24,560, or 44%, people since Gov. Cuomo took office Jan. 1, 2011, when the population totaled 55,979 incarcerated New Yorkers. DOCCS is at its lowest level in 37 years.

Cuomo has worked to increase decarceration and has closed 18 state correctional facilities since taking office — more than any other administration in state history, Azzopardi said.

“These prison closures eliminated almost 10,000 beds, resulting in an annual savings of about $300 million,” he added.

The state Parole Board currently has three vacancies of 19 total members. The board has had 16 members since July 2019.

“We are always reviewing potential applicants subject to ‎approval by the Senate,” Azzopardi said.

Senate Minority Leader Rob Ortt, R-North Tonawanda, held a round table meeting with local law enforcement, police chiefs, sheriffs and district attorneys this week to examine law enforcement’s daily challenges in the state, including how recent criminal justice reforms have impacted operations and how to strengthen trust with the communities they serve.

"Criminal justice 'reforms' passed in Albany in recent years have resulted in increased crime and less safe streets in communities all throughout New York state," Ortt said. "Every day, we are seeing more brazen and violent crimes being committed, often in broad daylight. The priority of the Senate Republican Conference is to advance proposals that will restore common sense and public safety, and improve the quality of life for all New Yorkers."

State Republicans who have spoken out about the proposed parole reform are staunchly opposed to the measures.

“It’s not enough that cop-killers, rapists and murderers are getting out on parole, liberal Democrats won’t be satisfied until law and order is completely overturned in New York,” Assembly Minority Leader Will Barclay, R-Pulaski, said in a statement. “Parole is a component of criminal sentencing, and those conditions should be met in full for those who break the law. Coddling criminals has gone on for too long here. Weakening an already-compromised parole system is just the latest a disservice to crime victims and public safety.”

Representatives from the Assembly and Senate Majority conferences did not respond to multiple requests for comment about parole reform, costs or a stance on the proposed legislation.

The department attributes the decline to the continuing reduced number of incarcerated people.