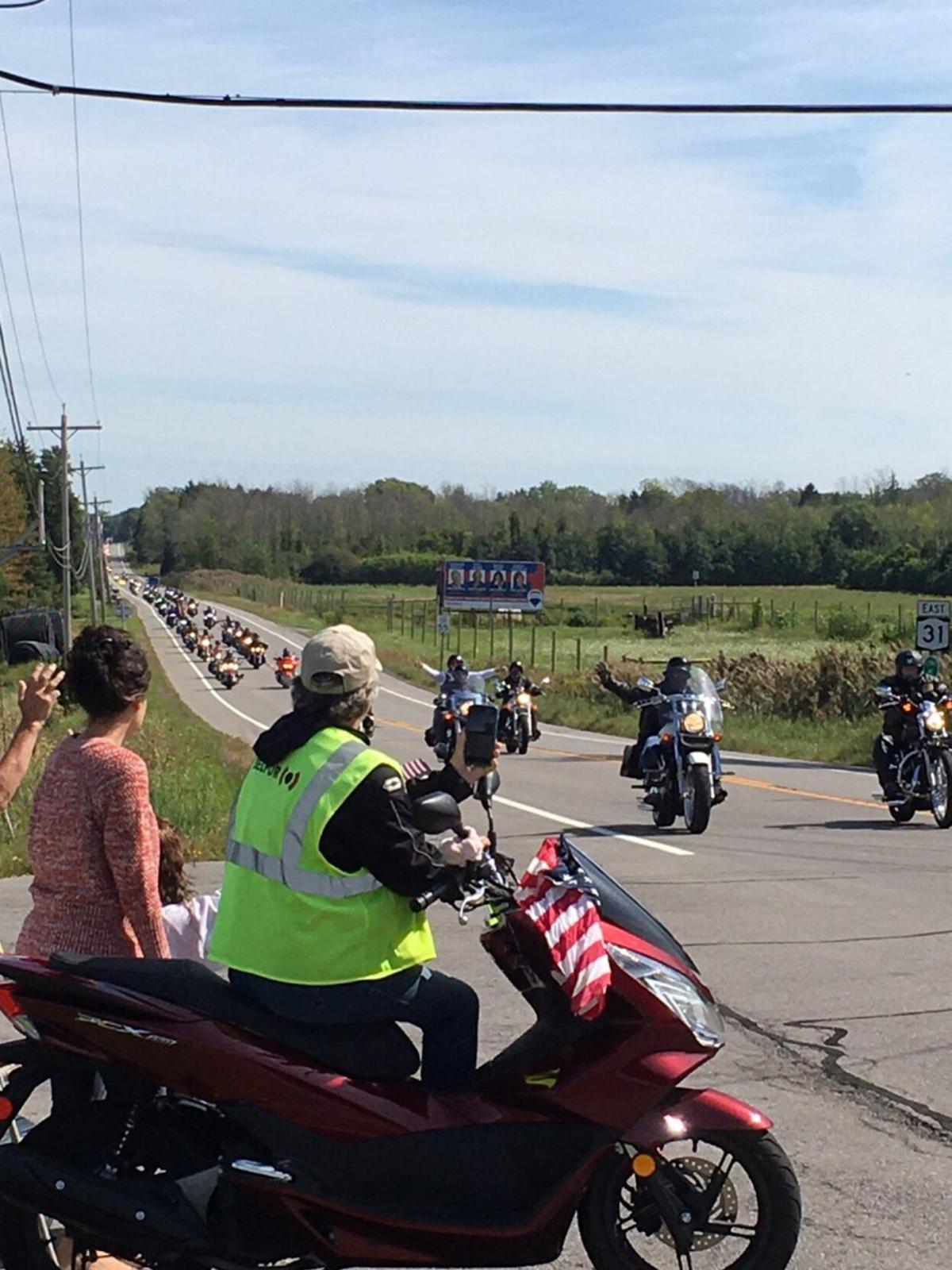 Scott DeSmit/Daily News Pat Fredendall and Erin Ward show support during the Back the Blue Rally in Orleans County Saturday. 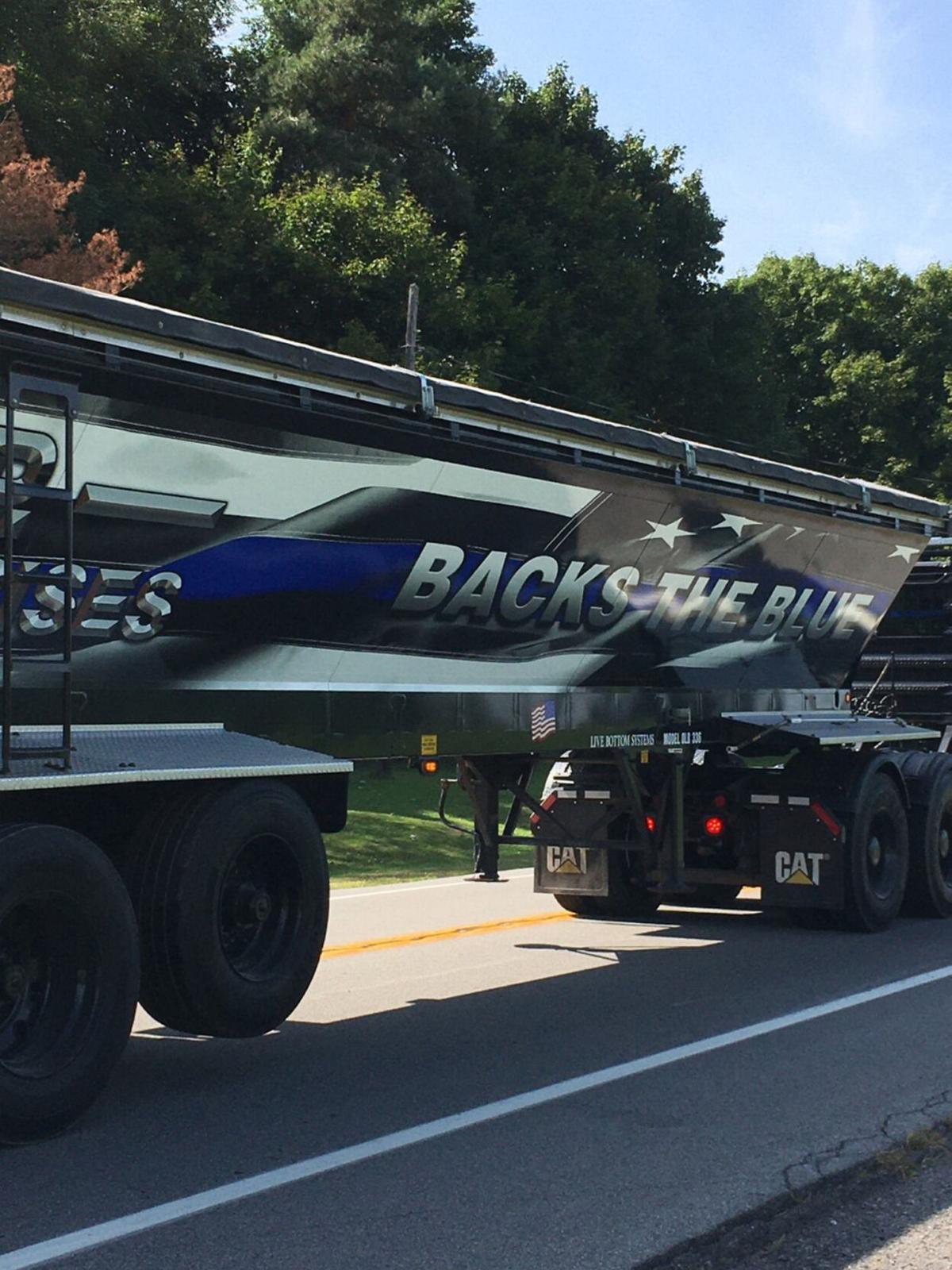 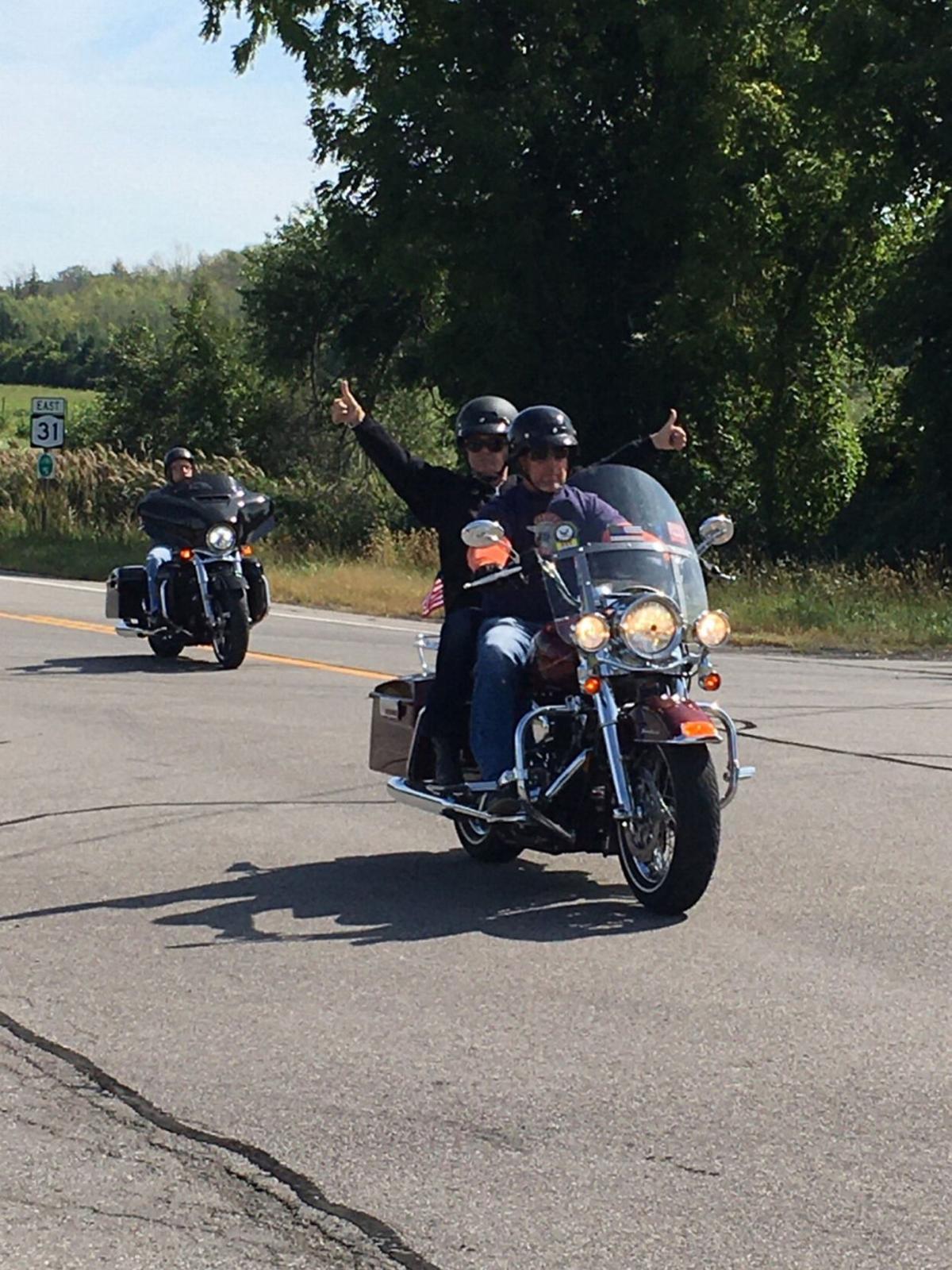 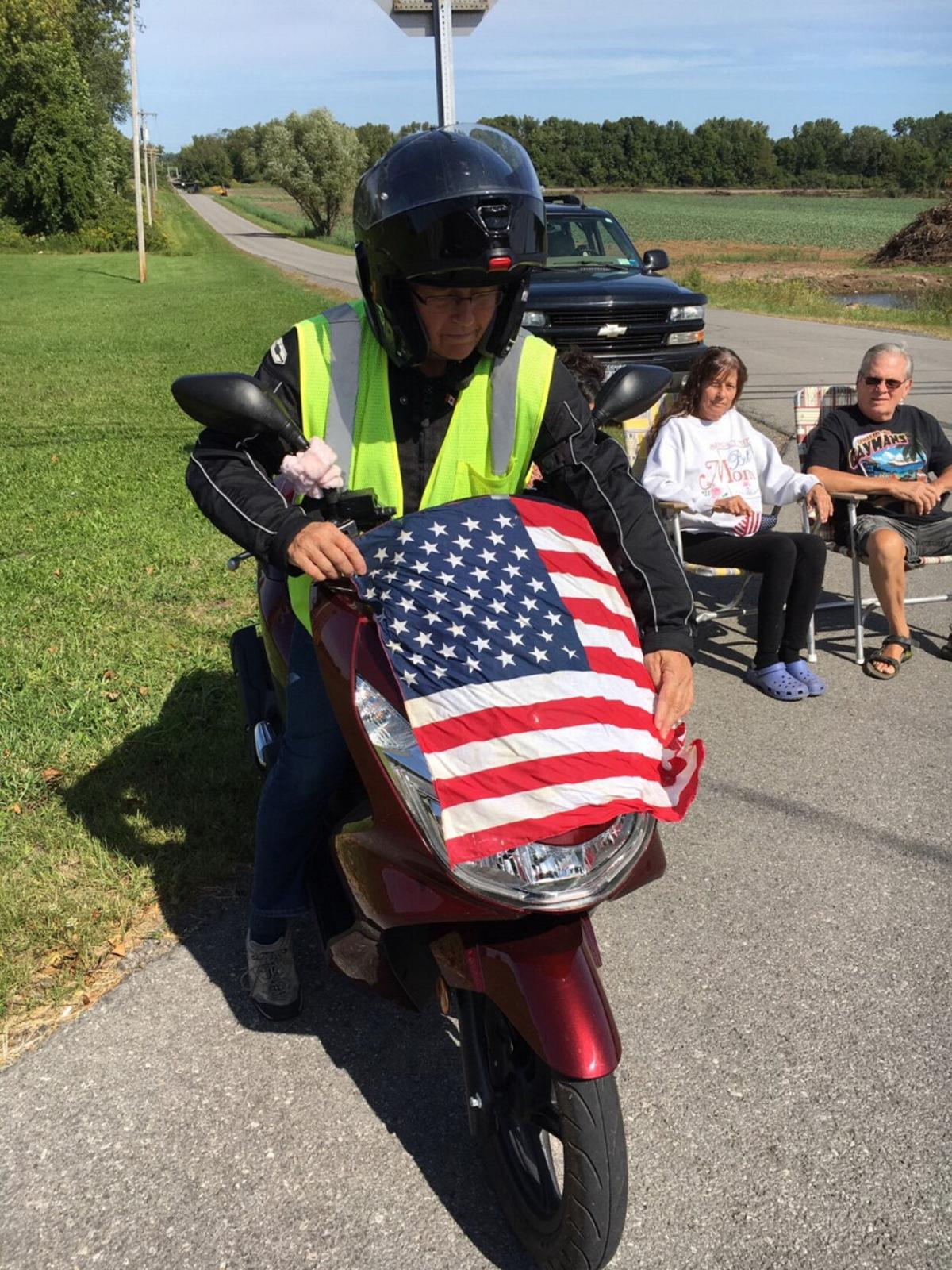 Scott DeSmit/Daily News\ Pat Fredendall of Holley drapes a flag across her scooter as she waits for the procession.

Scott DeSmit/Daily News Pat Fredendall and Erin Ward show support during the Back the Blue Rally in Orleans County Saturday.

Scott DeSmit/Daily News\ Pat Fredendall of Holley drapes a flag across her scooter as she waits for the procession.

As residents of Orleans County were still buzzing about the 15-mile long Back the Blue Rally Saturday, two Los Angeles police officers were ambushed as they sat in their patrol car.

It was a horrifying scene as a person ran up to the car and began firing shots before running away.

“It’s a shame,” said Orleans Sheriff Christopher Bourke. “The country is being torn apart and something like this is just wrong. You come to work every day and try to do the right thing. Yes, sometimes police make mistakes and use bad judgement. But the rioting and looting and killing other people in the name of social justice in just wrong.”

For Bourke and other officers in Orleans County, Saturday’s Back the Blue Rally was a welcome show of support.

Thousands of vehicles began lining up around 10:30 a.m. and the procession began at noon, passing through the villages of Holley, Albion and Medina before circling back along Route 104.

Pat Fredendall of Holley set up at the corner of Keitel Road and Route 31 to watch the rally with friends.

“We’re here to show our support for all our county first responders and police,” she said. ‘It’s important.”

She draped an American flag across her scooter and stood and cheered as the procession made its way past her and her friend.

“There’s nothing wrong with the protests,” said Tom Kirby, who sat in a lawn chair. “But not when you riot and loot and attack police. It’s good to see so many people supporting law enforcement.”

“For me, it was an honor and privilege to be invited to participate in this,” he said. “It was an unbelievable response. It shows that people here support the police and believe in good things.”