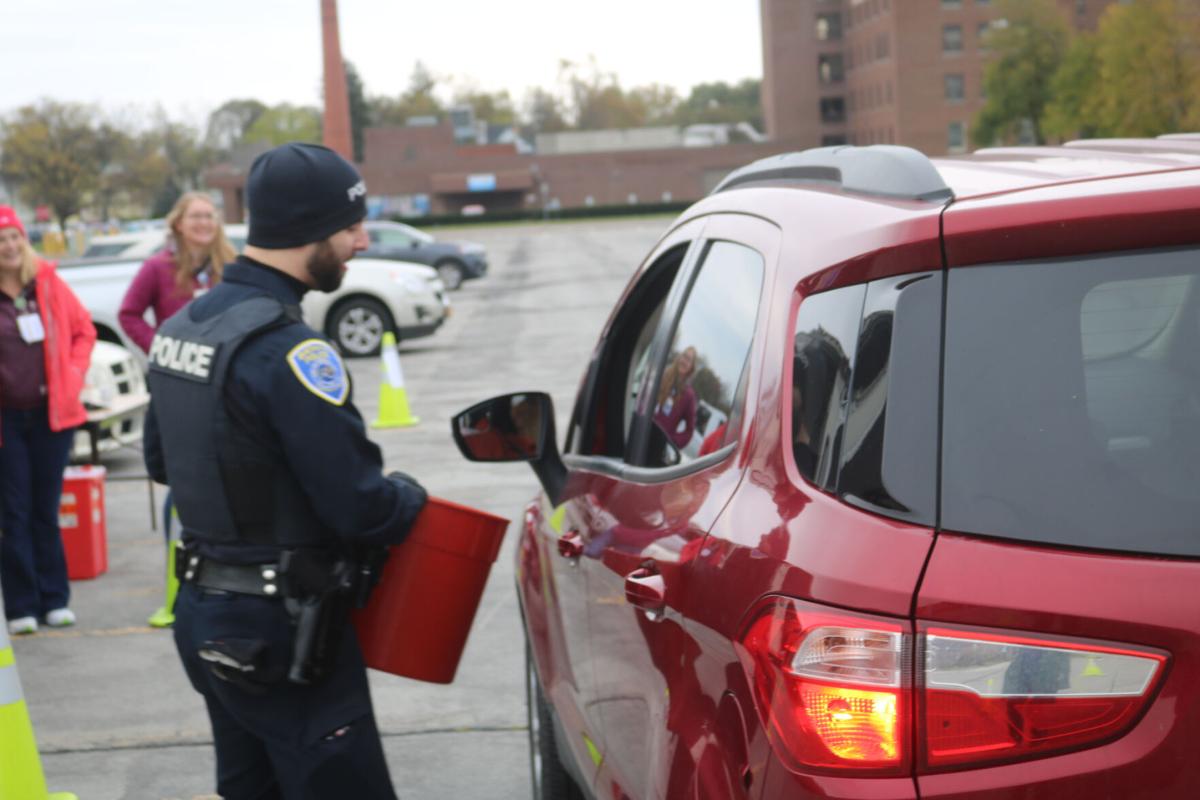 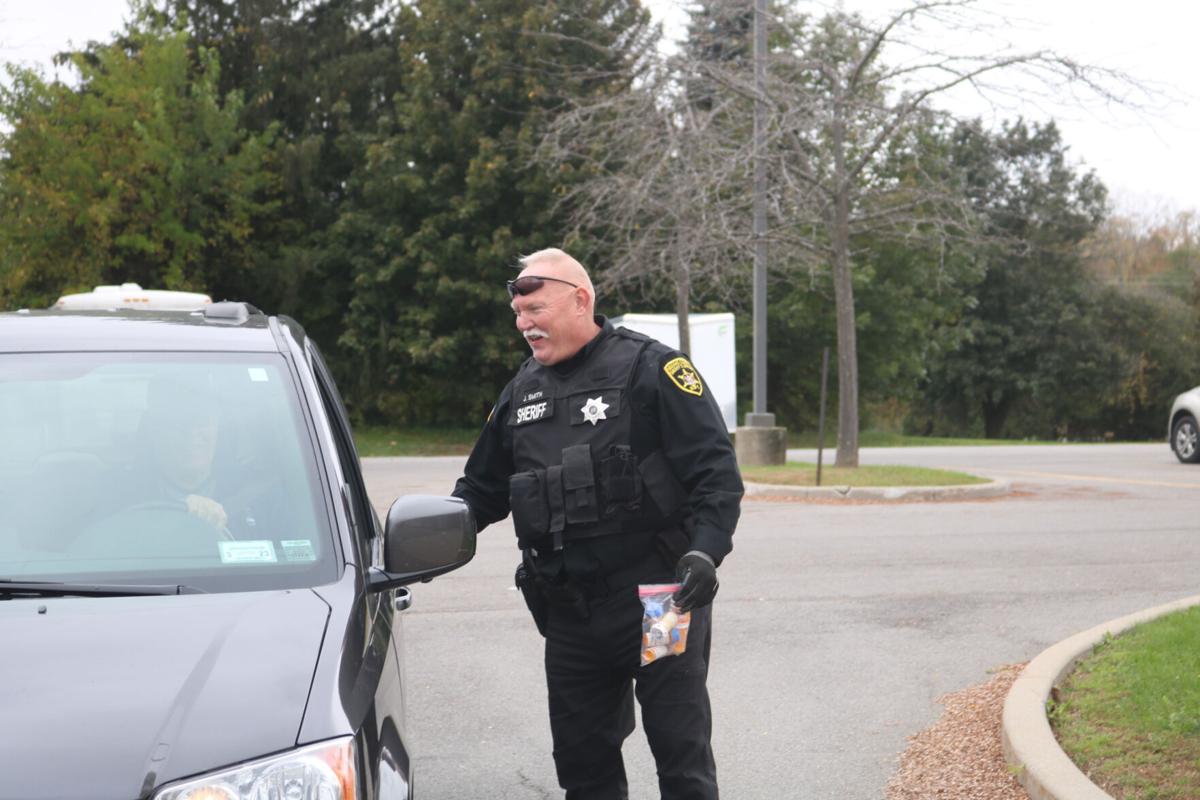 BATAVIA/ALBION — National Drug Take Back Day was off to a slow start at around 11:20 a.m. today in Batavia, with about 20 vehicles having come to the collection site in the parking lot near Bank Street and Alva Place.

“I’m not sure why. It’s definitely lighter than in past years,” said City of Batavia Police Department Investigator Eric Hill. “Normally now we have 40-50 (vehicles). On average, we usually get between 80 and 100 cars in a day, but we’re not on target for that.”

Today was one of the two Drug Take Back days a year the public could turn in unused or expired medications for safe disposal to help prevent prescription drug abuse, accidental poisoning, and protect the environment. They could also have turned in sharps (needles). Take Back Day lasted from 10 a.m. to 2 p.m.

Hill said that there was almost a full box of prescription drugs with about 2 1/2 hours to go, compared to the four or five boxes of drugs police would normally have collected. “Our drugs and sharps bin out at the police station are open 24/7,” Hill said. “Typically, there are no other events going on in the city when we’re doing this.”

“They’re easier to separate then,” she said. At today’s Take Back Day dropoff site at the Orleans County Sheriff’s Office, county Jail Superintendent Scott Wilson said the county has been participating in this event since 2012. He said he wasn’t sure how many vehicles stopped by, but said people turned in about 773 pounds of items.

These events are generally done in April and October, he said.

Wilson said the prescription drugs and sharps that were turned in would ultimately go to the Covanta Niagara incinerator plant in Niagara Falls.

The other Take Back Day locations locally were: