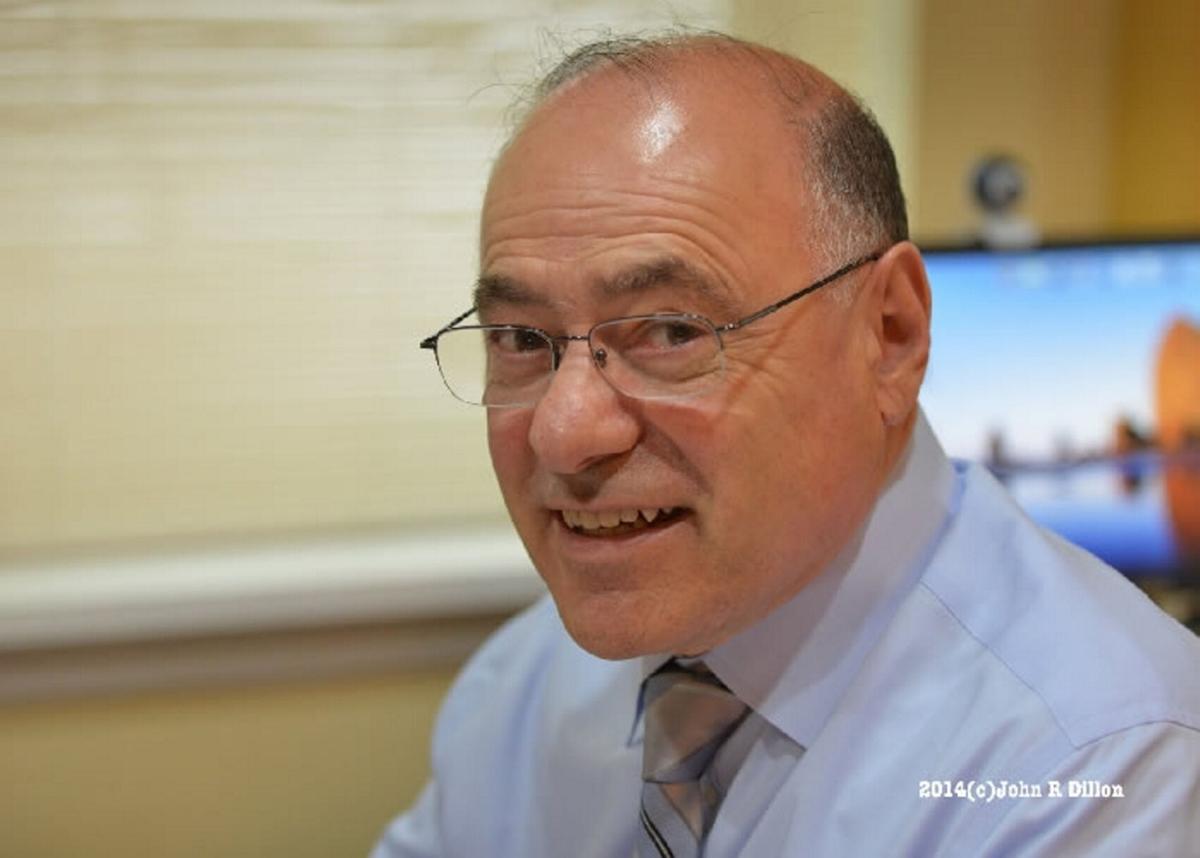 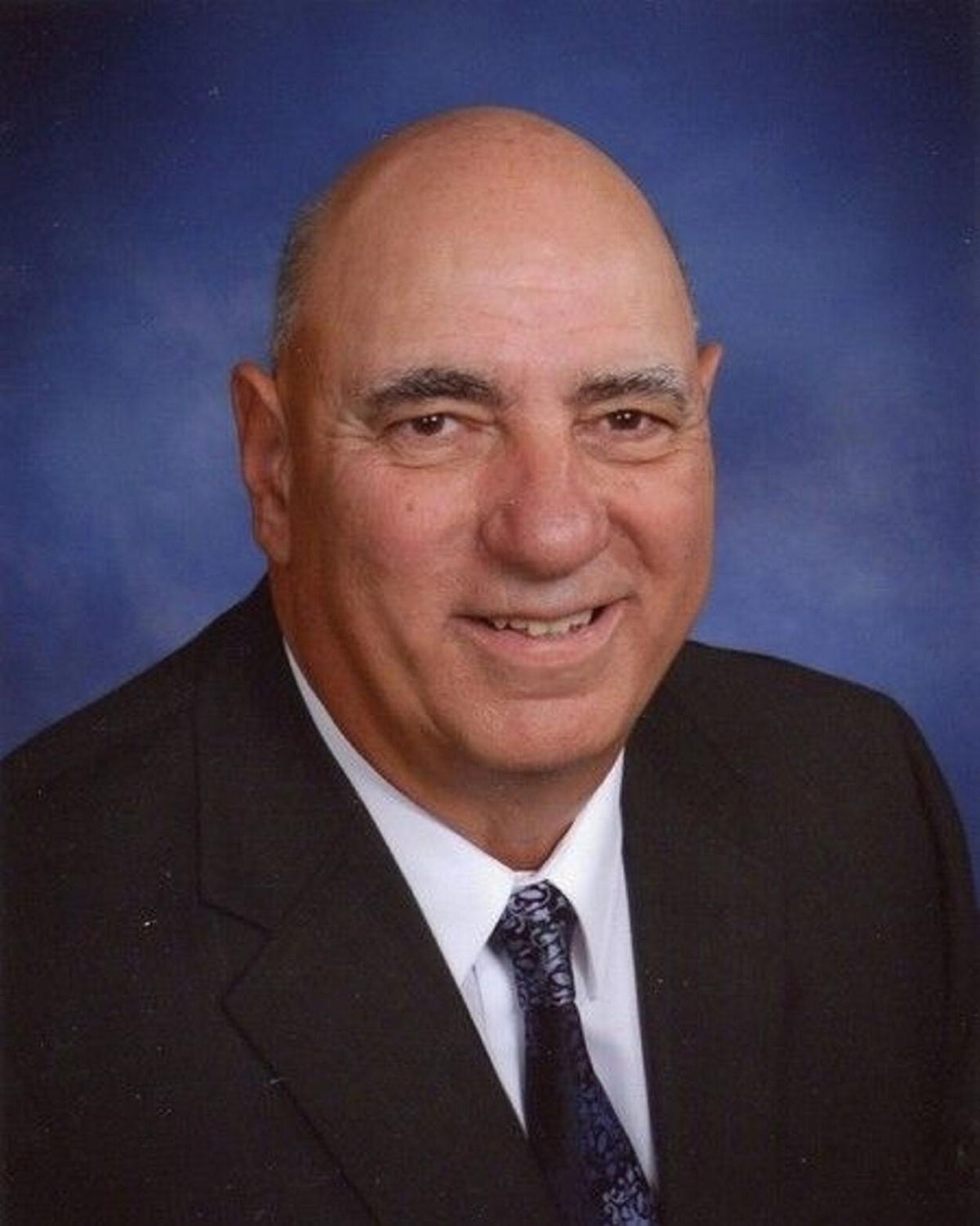 Throughout their childhood in Batavia, Frank Strollo was ever the protector for his younger brother, Anthony.

When Anthony decided at 12 years old to take his piggybank and run away from home after getting in trouble, it was Frank who stopped him, pointing out that Anthony did not have enough money to make it on his own. So Frank put an arm on his little brother’s shoulder and they walked home shoulder-to-shoulder.

Sixteen years later, the roles would be reversed.

Anthony — known to most as Tony — was a state trooper based in Geneseo. Frank was a corrections officer at Attica Correctional Facility. Frank, then 29, was among those taken hostage when inmates took over the prison on Sept. 9, 1971. Anthony was among the troopers who responded. He learned his brother was a hostage on the first day, and recalled in interviews with The Daily News, watching Frank several times through the scope of a sniper rifle.

Anthony R. Strollo recounted the experience in his book, “Four Long Days: Return to Attica,” that he co-wrote with Dorothy Wills-Raftery. Anthony shares in his own words his experiences during the Attica Prison riot in this excerpt:

It was the morning of September 9, 1971, when I was outside washing the family car when my wife came outside and said she just heard there was insurrection at Attica Prison. I immediately asked her to call my brother’s house to see if he was working. I knew I was scheduled to work the afternoon shift at Geneseo but told my wife I would probably be called in to work immediately. Within minutes I got the phone call to report to State Police at Geneseo and bring a change of clothes because we were going to Attica.

My wife got word that my brother was working but no one knew his location. I quickly got packed and rushed to report to Geneseo. When I arrived, my Lieutenant asked if I heard anything about my brother and I said no except he was at work at the prison. My Lieutenant knew my background and knew I worked at Attica Prison before joining the State Police. We soon had a caravan of about twenty State Police cars heading to Attica Prison. I was confident that I would be able to get through this difficult time because of having worked at the prison and with my military and State Police training. I was well prepared for what would come my way.

As usual, we got there in no time and it was the old “hurry-up and wait.” Our detail had to wait for the supply truck and the gas masks to get there before we were divided up into sections and given orders we would be staying overnight in Batavia at the Holiday Inn until the riot was over. This was certainly going to be the start of my “Four Long Days: Return to Attica.”

By midnight on September 9, I was confidentially informed that my brother was in fact being held hostage and I was not to say anything or to make phone calls to my mother who had her only two sons involved in the worst prison riot in American history, one a correction officer hostage and the other a member of the State Police rescue team.

It was very difficult for my mom. Thank God she had my three sisters and my father to help her through these difficult times. I remember going to visit my mom while my brother was still being held hostage on the second or third day of the riot. She was crying and begging me “Please Anthony, please bring your brother home to me!” I would say to her — with confidence even though I didn’t know I could do it — “Don’t worry mom, I will bring Frank home.”

The next day at the prison, Father Marcinkewicz, the prison chaplin, pulled me aside and told me the inmates let him go speak to the hostages and he was able to tell my brother that I was with the State Police team outside of the prison and waiting to come in and take him out of there. The inmates never knew that one of their hostages was the brother of a State Trooper on the outside and waiting to go in for the rescue. That had to be kept a secret.

I still couldn’t believe the inmates wanted to hold off for amnesty and be relieved of the first hostage they had killed on the first day of the riot. Someone had to take responsibility for that.

As negotiations continued the next day at the prison between the inmates in control and Commissioner Oswald it was apparent that they were at a standstill over amnesty. I was still waiting for the release of my brother and ALL the other hostages. I was hoping and praying that everyone could come to a peaceful agreement.

My fellow officers knew my brother was one of their hostages, but I remained calm. I knew my family was at home praying for the best. In a situation like this I knew you had to “expect the worst and hope for the best” to survive.

A few minutes later I heard the Commissioner saying “If you don’t release the hostages by a certain time, the State Police will be coming in.”

The response from the inmates in control was “If the State Police come in we will kill the hostages as soon as the first shot is fired!”

I knew things were going to happen soon. At that point a high ranking State Police commander came to me to ask how I was feeling and what I thought of the situation with my brother’s life on the line. He wanted me to know that if we (the State Police) went in, there would only be a slim chance we could get to my brother on time. I told him I realized that but I felt my brother would still want us to try and rescue them rather than die at the hands of the inmates.

The mental stress alone had to be difficult for the hostages. Every day of those four long days they did not know what day would be their last. The commander than said to me “It sounds like you are ready to go in.”

Yes, sir, I replied, and he knew I was ready.

The problem was that all of the hostages were in prison clothing, and it would be difficult to tell who a hostage was and who was not a hostage. I had the advantage of knowing most of the hostages from having worked alongside of them as a correction officer before joining the State Police.

We knew the time was near because the hostages were not being released. It was time for us to put our gas masks on and get ready to go in. With my military and State Police training I knew if the gas mask was not properly put on, there was a chance of being overcome by the gas, making it impossible to help anyone out.

It had to be almost three years since I worked the inside of that prison. I thought to myself, please God let me recognize those hostages. As I moved in with other troopers through the thick tear gas I recognized hostage Gary Walker who I once worked with. He was walking towards me with his hands up and another Trooper told him to hold it right there. Of course, when you are a trooper who has never been in that prison and you see a person looking like a prisoner with a four-day growth of beard, you do not know if he is a prisoner or hostage.

I immediately yelled through my gas mask to the trooper saying “He is a hostage” and then yelled to Gary, “Where is my brother, Gary?”

He immediately said he should be over in the area of the hostage circle. Not even thinking that Gary did not have a gas mask on and I was asking him to help me find my brother. Gary did not hesitate and led me to the area where my brother was. I frantically looked around “expecting the worst and hoping for the best.”

Then, I see my brother laying face down in the dirt, blind folded and not moving. I thought he was dead until I removed his blindfold and saw his eyes move!

I yelled to Frank “get up, we got to get you out of here.”

Frank said, “I can’t, my feet and hands are tied.”

Another trooper stepped forward and cut his hands and feet free and we both grabbed one arm each to help Frank up and rush him up a ladder and out of the prison to a waiting ambulance.

Our family was lucky and I mourned the family of those who lost loved ones on both sides of the fence. Speaking from experience, riots don’t solve problems – on both sides – no one wins!

Frank Strollo was the first hostage back to work as a correction officer within 30 days of the end of the riot, said Anthony Strollo, who tried to talk his older brother from going back to work at the prison. Anthony said he told Frank, “I was lucky to get you out of there once but I don’t think I could do it again”.

Frank Strollo would complete more than 30 years with the state Department of Corrections before retiring. He died Oct. 28, 2013, at age 71.

Anthony R. Strollo, who now lives in the Albany area, retired from the State Police in 1989 and became an adjunct professor in criminal justice at Hudson Valley Community College. He has a master’s degree in criminal justice from Long Island University and continues to operate Independent Security Services Inc., which provides security and investigative services for individuals, corporations and businesses. At the time of the riot, Anthony and his wife were living in Batavia and raising two sons, then ages 2 and 4 years old.