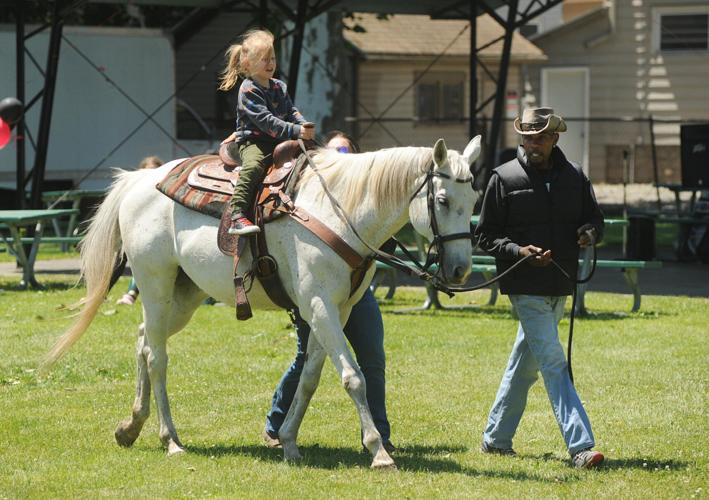 Mark Gutman/Daily NewsKingston Peters, 5, of Batavia gets a horse ride today in Austin Park during the Juneteenth celebration. Leading the horse is Matthew Doward of A Horses Friend in Rush. 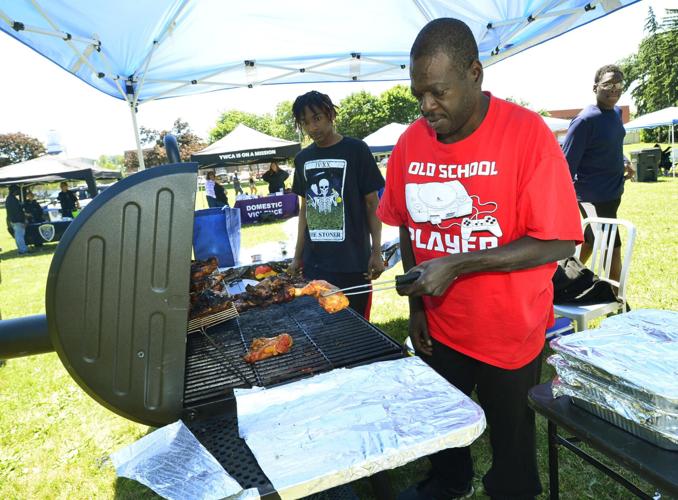 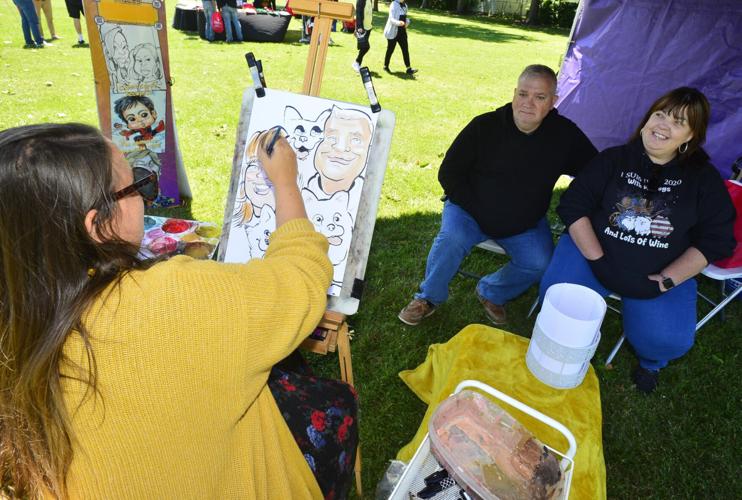 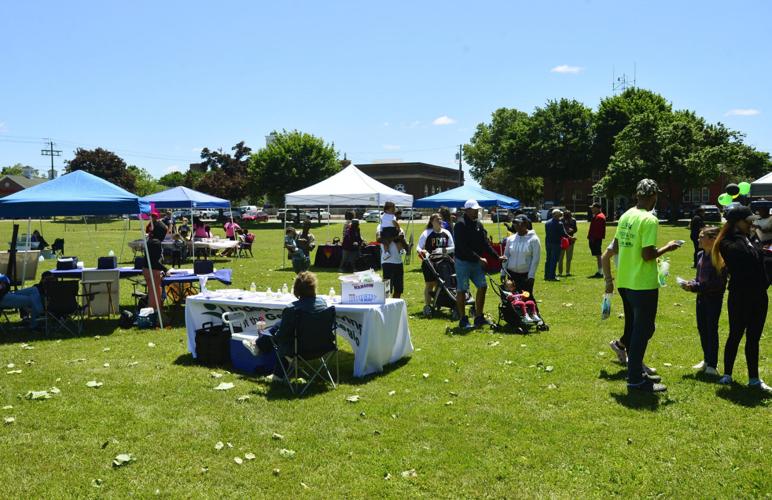 Mark Gutman/Daily NewsKingston Peters, 5, of Batavia gets a horse ride today in Austin Park during the Juneteenth celebration. Leading the horse is Matthew Doward of A Horses Friend in Rush.

BATAVIA — Music could be heard this afternoon at Austin Park, as children were able to dance, ride horses and be part of a talent show as part of the third Juneteenth celebration in Batavia.

The celebration, organized by the community group Just Kings, went from 1 to 7 p.m. Juneteenth is a national holiday to honor the end of slavery in the United States. It was first celebrated in Texas in 1865. This year, the federal holiday will be observed Monday.

Ray Williams of Just Kings said the event had a good number of vendors.

“Obviously we could always use more. We’re definitely thankful for what we have. We have the (Batavia) police, we have the Batavia School District. We have Independent Living. We have McDonald’s and stuff like that,” he said. “We’re super-thankful for all these guys coming out and dedicating their time for the event,” he said. Williams added that Allstate gave a donation to the event and Casella Waste Systems Inc. helped with garbage pickup.

Williams said this afternoon that it was too early to tell how well this third Juneteenth celebration was doing compared to the first two.

“It’s looking good. It really comes down to the people — educating the people, getting everybody together as a community and just to love on everybody,” Williams said. “We have different information on what Juneteenth is, how it started. There’s other vendors around here that had some pamphlets as well.”

There were members of Just Kings people at the event could talk to if they had questions or wanted to know more, Williams said — members such as Brandon Armstrong, Victor Thomas and Greg Munroe, who were happy to give people more information or talk about issues in the community.

“We plan on doing this for years to come,” Williams said.

Among the vendors at Austin Park this afternoon was the YWCA of Genesee County. “They helped us with our first event. We held it at the YW,” Williams said. “We’re glad to be able to help them out as well, with getting them a table set up and they can get their information out on what they’ve got going on over at the YWCA.”

Batavia Community Schools Coordinator Julia Rogers, who was at this afternoon’s celebration, said the Community Schools webpage at https://www.bataviacsd.org/page/community-schools-home-page lists job and volunteer opportunities for students and families. There’s also a link to an events calendar.