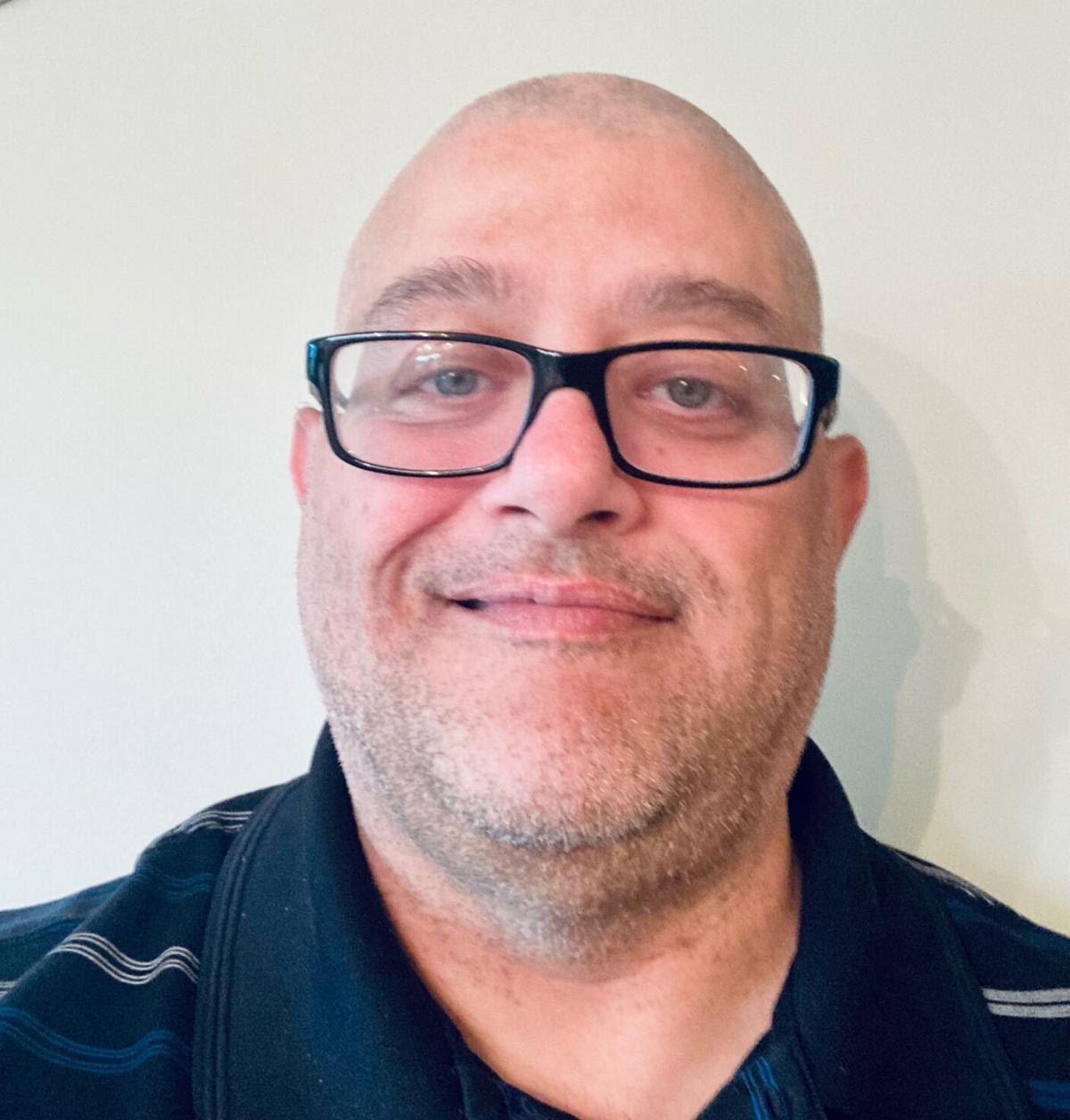 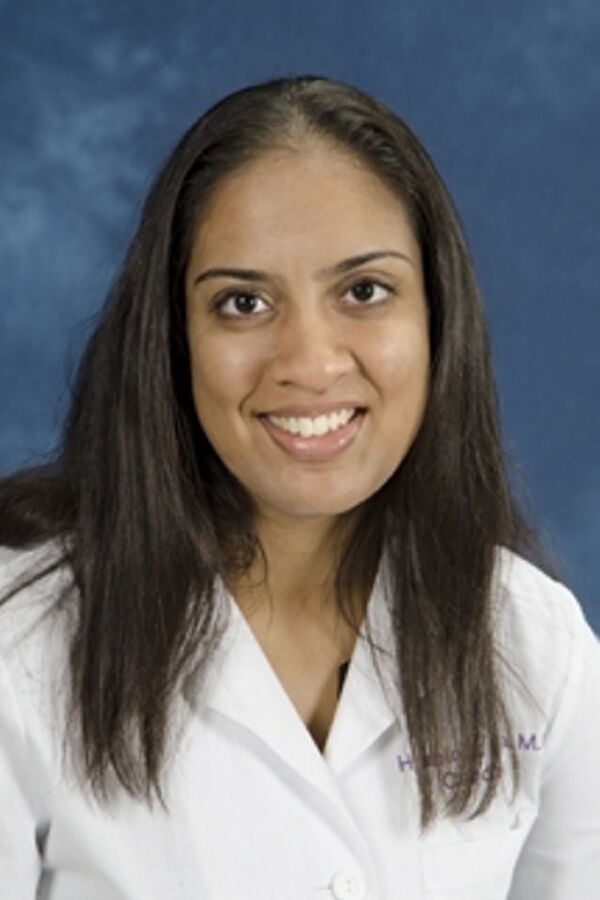 BATAVIA — At least once per month, Tony Targia makes the trek from Buffalo to Batavia for advanced heart failure care.

Targia has a left ventricular assist device (LVAD) which needs regular monitoring to make sure the device is working as it should. Strong Memorial Hospital, which is home to Upstate New York’s only comprehensive heart failure and transplant program and one of the top three largest LVAD centers in the country, has a satellite office in Batavia and Hornell allowing patients who live in rural areas or further away from Strong Memorial Hospital an easier time to see their cardiologists for checkups.

Dr. Hima Vidula, heart failure cardiologist with Strong Memorial Hospital, explained the LVAD is a device used for patients who have severe heart failure who failed medical therapy. The LVAD is a pump placed inside the body, and blood comes out of the pumping chamber of the heart, goes through the pump which then pushes the blood through the blood vessels which come out of the heart that carry blood throughout the rest of the body. What comes outside of the patient is a wire called a driveline connected to battery packs and a controlling system.

“Ten to 15 years ago, we didn’t have much to offer patients who had severe heart failure who either couldn’t get a heart transplant in time or were not a candidate for heart transplant,” she said. “With these devices, patients can live an average of five years and some even longer than that.”

Strong Memorial Hospital implants about 80 to 90 LVAD devices each year and currently have 270 patients with these devices living across the state.

Targia’s story with the LVAD begins with an underlying heart condition which required a pacemaker. Subsequent to that he was diagnosed with a form of brain tumor which needed chemotherapy and radiation treatment.

“As a result of that, my heart function was affected to the point I need the LVAD,” he said. “When it was first described to me, it was put in terms of you can either get this or you got maybe six months they were telling me. So, easy choice, I guess.”

When Targia had the procedure, he went in for testing and admitted to Strong Memorial Hospital at the point when the pandemic was beginning. He was in there for maybe two weeks before they did the surgery itself and then remained in the hospital after the procedure for another 10 days.

“Then I went home with the LVAD and all the equipment that goes along with it. A lot of stuff — extra batteries, harnesses, chargers, that kind of thing,” he said. “Of course it was a little bit of a learning curve once I got home to kind of do everything.”

Targia said at night, he needs to plug himself into the wall and take the batteries out to recharge them. He said if you need to get up in the middle of the night to use the restroom, you have to make sure you have enough extension cord to get over there. Targia said there is a bit of a learning curve in respect to wound care and changing of dressing which needs to be done due to the sterile nature of the dressing and cleaning of the area. Infection is a major factor to be aware of.

Vidula said patients need to come in for checkups every four to 16 weeks, but there are issues sometimes with the device and she said when they looked at the numbers, patients are seen an average of nine times the first year and two of those visits are unplanned. This doesn’t take into account emergency room visits or readmissions.

“We saw that patients need to see us very frequently but some people who live very far away find it difficult to come and see us. That leads to no shows, particularly related to weather or other issues,” she said.

Vidula said what’s unique about the LVAD clinic visit is they have to measure their blood pressure using an ultra sound because the patients don’t have a palatable pulse because the flow from the pump is continuous. The LVAD needs to be physically connected to a monitor to look at all the historical events and if they want to change any of the settings, it needs to be done in person. They also need to see the wire in person to make sure there isn’t an infection.

“So there is a lot of things that can’t be done just using a phone or computer,” she explained. “So we set this up so we have the physician or coordinator ... at the University of Rochester and the patient would be at a remote site.”

The use of remote sites was studied initially at Wellsville and Batavia. The clinics weren’t specialized nor used to taking care of LVAD patients. So the patient would be at the site and a general nurse would be there — not someone who had a lot of LVAD training — but the cardiologists would tell them what to do remotely. Vidula said they found this was 100 percent technology feasible and were able to do all the different parts of a visit from the satellite offices.

Before Targia had the first Batavia appointment, he had three appointments in Rochester at the URMC. He heard the Batavia clinic was opening up and Targia agreed to try it. Hailing from Cheektowaga, going to the Batavia location is only about 30 minutes away from his house as opposed to going to Rochester which was about an hour and 15 minutes away.

“I was one of the first one or two individuals that took advantage of that clinic in Batavia,” he said. “They were kind of learning as we went along too. ... With the assistance of the nurse practitioner on the Zoom link, they were able to do that. I found that the second visit, third visit, they were always getting better.”

Targia said it’s much more convenient with the satellite office, and he’s been able to continue working, only needing to take a half day when he goes to the Batavia office.

Vidula said the satellite offices help with the no-show rate, and hope they can expand in the future. She said they’re trying to bring care to the patient and they’re trying to think of innovative ways to manage large volumes of specialized patients who need specialized care but might find it difficult to make the drive to Rochester all the time.

“The vast majority of activities I used to engage in before I can still do now,” Targia said. “Obviously you can’t go swimming and stuff like that. Yard work to a smaller degree is affected. But I mean beyond that, it doesn’t really slow you down.”