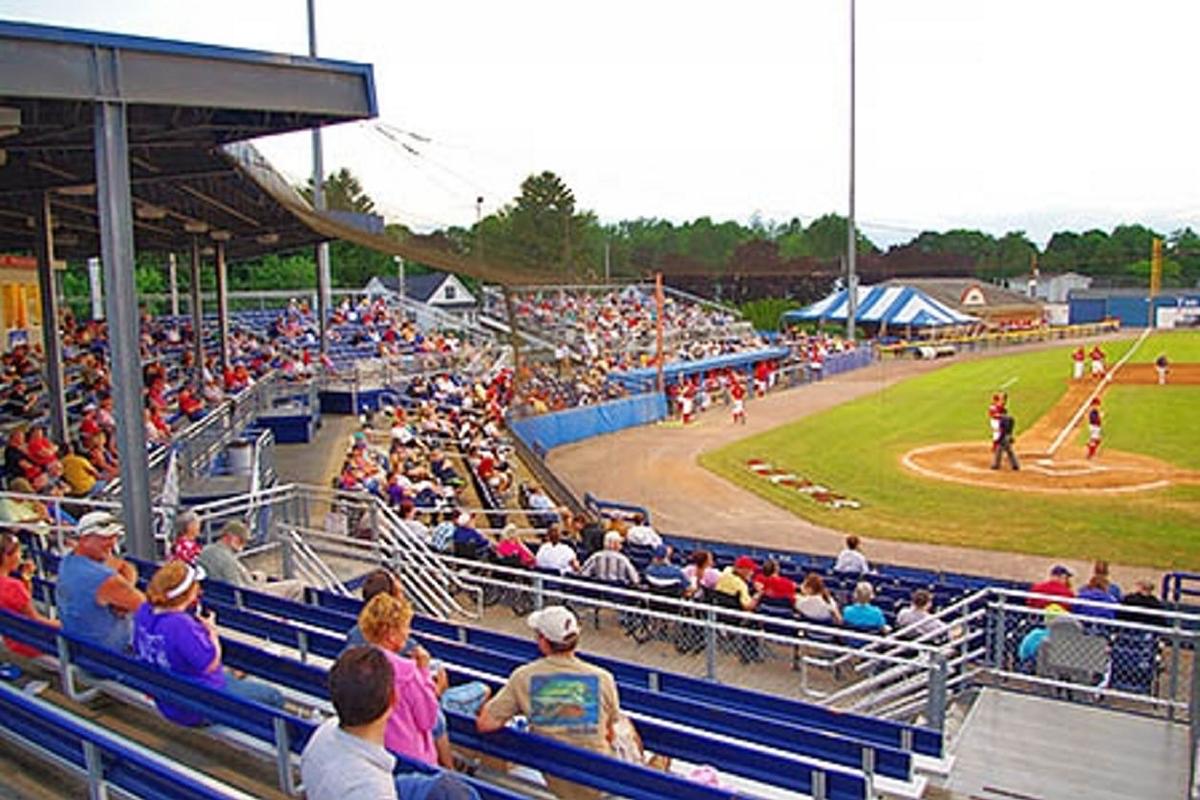 Daily News file photoThe end could be near for the Batavia Muckdogs as Major League Baseball is looking to contract the minor league system. 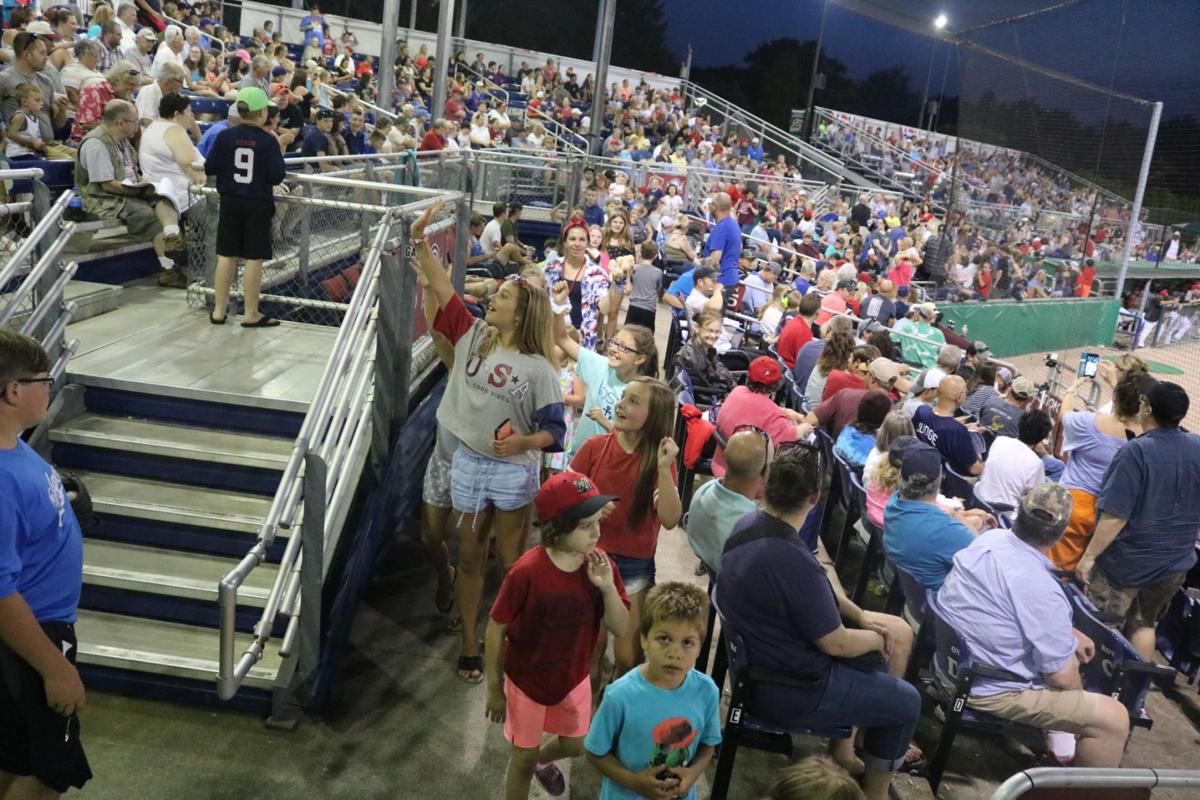 Daily News file photoAS MLB looks to shrink the minor league system, the Batavia Muckdogs and the New York-Penn League could be a thing of the past.

Daily News file photoThe end could be near for the Batavia Muckdogs as Major League Baseball is looking to contract the minor league system.

Daily News file photoAS MLB looks to shrink the minor league system, the Batavia Muckdogs and the New York-Penn League could be a thing of the past.

BATAVIA — Corey Greene loved his time with the Batavia Muckdogs.

An avid baseball fan, Greene spent two years with Batavia — in both 2006, as an intern, and 2007 as the team’s Director of Ticket Operations, although that meant way more than just selling tickets in those days.

His first season Batavia’s affiliate was the Cardinals and his second year they were a part of the Phillies organization.

In 2008, after Greene left to become a teacher, the Red Wings took over.

Greene had several duties during his two-year stint with Batavia. He was literally Dwyer Stadium’s jack of all trades, something that is very common when you work for a Class A or Short Season organization.

“The first year I was an intern within the ticket office,” Greene said. “I was then hired full-time for a full year with the ball club. I was given the title of Director of Ticket Operations. My official duty was to oversee the ticket office, sell group tickets, season tickets, along with the ticket interns during the regular season. Although in minor league baseball I wore many different hats. I worked with all interns, worked on the field, pulled the field tarp, ran the press box, helped with merchandise and marketing.”

When you are employed by an MiLB organization, you have a boatload of responsibilities. You also enjoy your share of unforgettable memories.

Even 13-some years later, Greene agrees. “The fondest memories were the people I worked with and all the diehards — the season ticket holders — that would come to every single game,” Greene remembers. “It was a family feel, you knew everyone that was in the park that night. You knew when they would get there and who was the last to leave. It was great. The Muckdogs were a way of life for people in Batavia. They would show up at the ballpark two hours early, and stay around until the big lights shut off. It was summer tradition for a lot of people in Batavia.”

And who could forget all those festive fireworks nights?

“Fireworks at the park on the Fourth of July would sell out every year because it was the only time we would do fireworks,” Greene said. “It was awesome.”

“Pulling tarp in a lightning storm with dress clothes on,” Greene chuckled. “And Don Rock (former Dwyer grounds keeper) yelling at us to move faster.”

Greene, a huge White Sox fan, remembers the day he met his childhood hero, Wilson Alvarez, a former MLB pitcher for several clubs including the White Sox from 1991-97. Alvarez finished his career with 102 victories.

“I met him when he was the pitching coach for the State College Spikes — it was a great night,” Greene said.

Greene has always kept an eye on former players that have either played with or against the Muckdogs back in his day.

One player in particular, Daniel Descalso, was a third round pick for the Cardinals back in 2007, and is currently on the Chicago Cubs MLB roster.

In fact, in 10 major league seasons, playing for the Cardinals, Rockies, D-Backs and now Cubs, Descalso has clubbed 48 homers and drove in 294 runs.

And his start came right on the red clay at Dwyer Stadium.

Shildt began his minor league coaching career as a part-time coach and was sent to the Muckdogs in the New York–Penn League in 2007, when Greene was on staff.

Greene is now a full-time teacher at the Livonia School District and has been an assistant baseball coach for the Bulldogs for the past 13 years. He had a front row seat in 2017 when Livonia capped off a run of four-straight sectional titles with a NYS Class B championship.

Greene also played for Livonia and was known as a slick-fielding second baseman for the Bulldogs.

Despite a busy schedule himself, Greene does still try and attend Muckdogs games every season.

“I went to one game last year and I try and get there once a year,” he says.

Right now, like most MiLB fans, the news of the MLB possibly eliminating several minor league clubs, including MiLB Short-Season baseball, does not sit well with Greene or many others.

But, for now, he will just remember those two summers he spent at 52B State St. in Batavia.

“It’s an amazing place with a lot of memories,” Greene said of Dwyer Stadium. “From playing there in high school, to working there for the Muckdogs, to coaching high school teams to sectional championships, it holds a special place in my heart. It was a place where you could watch good baseball for a very low price. If only I lived closer, I would have definitely gone to more games. I hope the city can keep Dwyer Stadium. It’s sad that the Muckdogs won’t be there.”