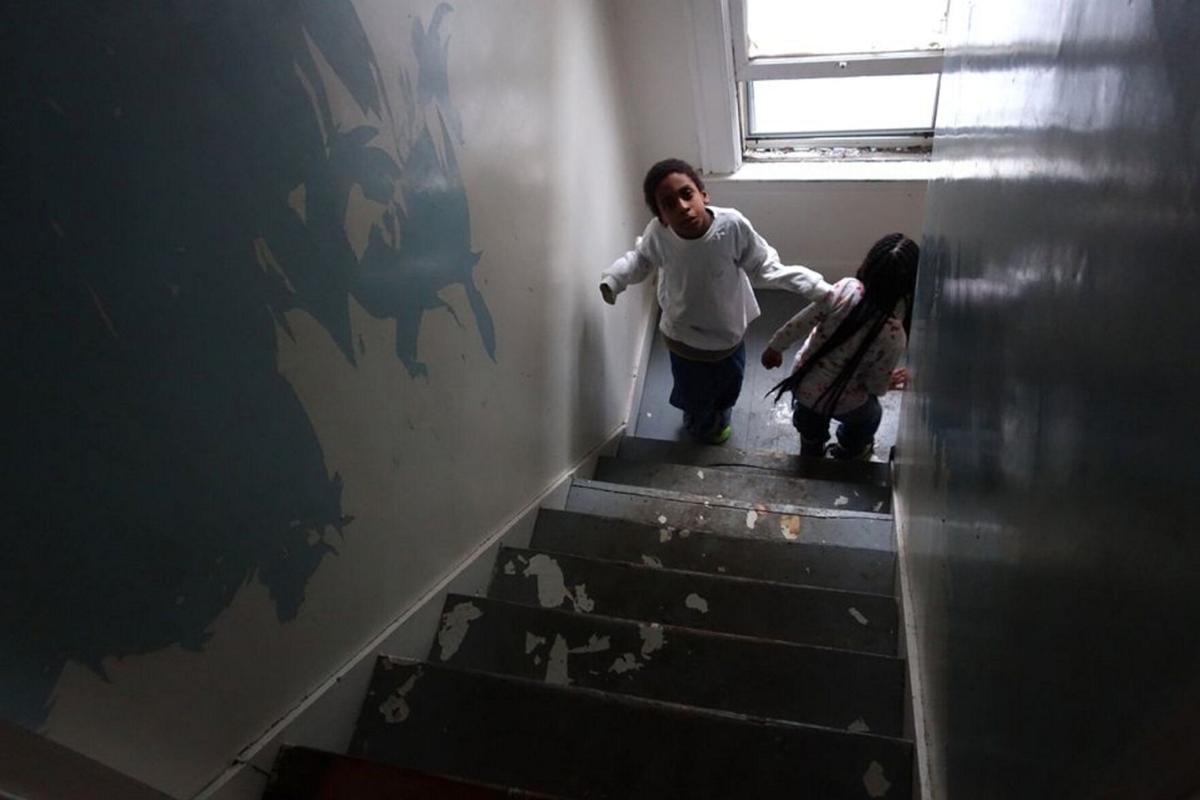 Michael Greenlar photo Nehemiah Mim-Daniels, at left and Neriah Mims stand at the bottom of a staircase with peeling paint. Lead paint at 119 Kellogg St. in Syracuse, the home of Rashida Mims and her 9 children, Tuesday March 1, 2016. 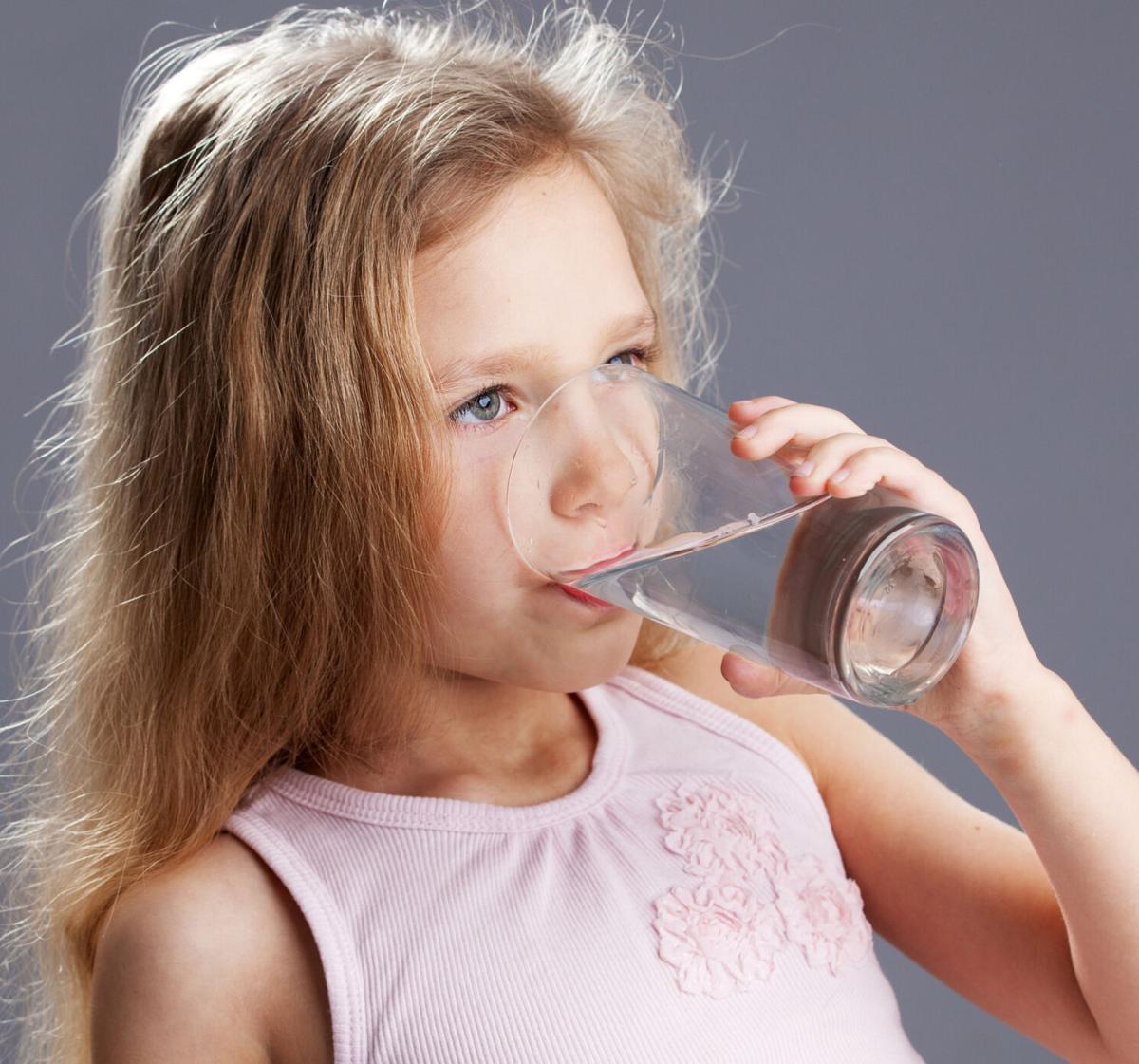 Michael Greenlar photo Nehemiah Mim-Daniels, at left and Neriah Mims stand at the bottom of a staircase with peeling paint. Lead paint at 119 Kellogg St. in Syracuse, the home of Rashida Mims and her 9 children, Tuesday March 1, 2016.

Legislation is proposed at the state and federal levels for tax incentives for New Yorkers to renovate home or rental properties that have lead-based paint or piping, which causes cognitive and developmental disabilities, especially in young children.

More than 90% of homes in Rochester, Buffalo and other cities across the state have lead-based paint or service lines. Children who inhale the dust from lead-based paint chips or materials can suffer from lead poisoning, which can cause memory loss, developmental delays, permanent neurological damage or hearing loss, according to U.S. Centers For Disease Control & Prevention.

U.S. Sen. Kirsten Gillibrand, D-N.Y., urged federal lawmakers to pass the Home Lead Safety Tax Credit Act of 2021 to create tax credits up to $4,000 to cover half the cost of eliminating exposure to lead hazards in paint, pipes or soil through 2024. Other state programs could offset the other half of the bill.

“Many families know their homes are leaving them with risk of exposure, but they can’t take on the costly remediation process. We have to create a national response to help families,” Gillibrand said during a virtual press conference Wednesday. “...Every American should be able to turn on a tap. Today, that’s not a guarantee for too many.”

About 22 million homes in the United States contain sources of lead.

Children should have a blood lead level of 5 micrograms per deciliter or fewer, according to the CDC. Adults are permitted to have levels up to 10 mcg/dL.

Lead testing had been conducted on 25.7% of the children ages 6 and younger in the GLOW region.

Among individual counties, according to CDC:

The measure would also supplement other federal and state lead-control programs to replace miles of lead pipes and ensure New Yorkers have access to clean drinking water.

The tax credit would be available to homeowners, renters, landlords or any party paying for the abatement.

More than 90% of houses in New York cities across the state, including Buffalo, Syracuse and Rochester, were built with lead-based paint. Lead-based paint was banned for residential use in 1978.

More than 1 in 10 Syracuse children, or 10%, had elevated levels of lead in their bloodstream, according to a 2017 report from the Onondaga County Health Department.

About half of New Yorkers, including two-thirds of Buffalo’s population and two-thirds of the people in New York City, live in rental properties.

Current lead-hazard control grant programs are not providing enough assistance, the senator said, as the grants have only abated lead from 400,000 U.S. homes in 30 years.

The senator is pushing to include the measure in President Joe Biden’s proposed $2.7 trillion measure to overhaul the nation’s infrastructure, called the American Jobs Plan.

The tax credit program is expected to create up to 60,000 jobs, Gillibrand said.

Ryan held a public webinar last week with experts and other panelists about the issue.

Darlene Medley-Williams, a Syracuse parent of twins, said during the May 5 webinar that her children have elevated levels of lead in their blood after the city placed the family in low-income housing with lead-based paint in 2018.

“They have people who are supposed to come and remediate the lead,” Medley-Williams said. “They never really fixed the problem. I got Section 8 as a thank you for my kids being lead poisoned, I guess you could say. But then I’m still left to deal with everything on my own.”

“My oldest twin literally has to have special-education services at school,” Medley-Williams said, and developed a significant stutter. Her younger son, who was naturally physically active, has become uncontrollably hyperactive.

“His hands, they don’t stop,” the mother said, choking back tears. “You can look him in his face and you can see him trying to control it, but he can’t because of this damn lead. So it’s very frustrating, it really is, to see your kids go through something like that and you know they’ll never reach their full potential. It makes me really angry. It’s not nothing you can do as a parent to help your kid.”

Assemblymember Robert Rodriguez, D-East Harlem, participated in the webinar and supports the measure, which does not have a listed counterpart in the Assembly.

Of the federal Home Lead Safety Tax Credit Act, Gillibrand said “It’s a great compliment to any state program. A state program could cover the other 50% of the costs and have additional value in it. They would work extremely well together.”