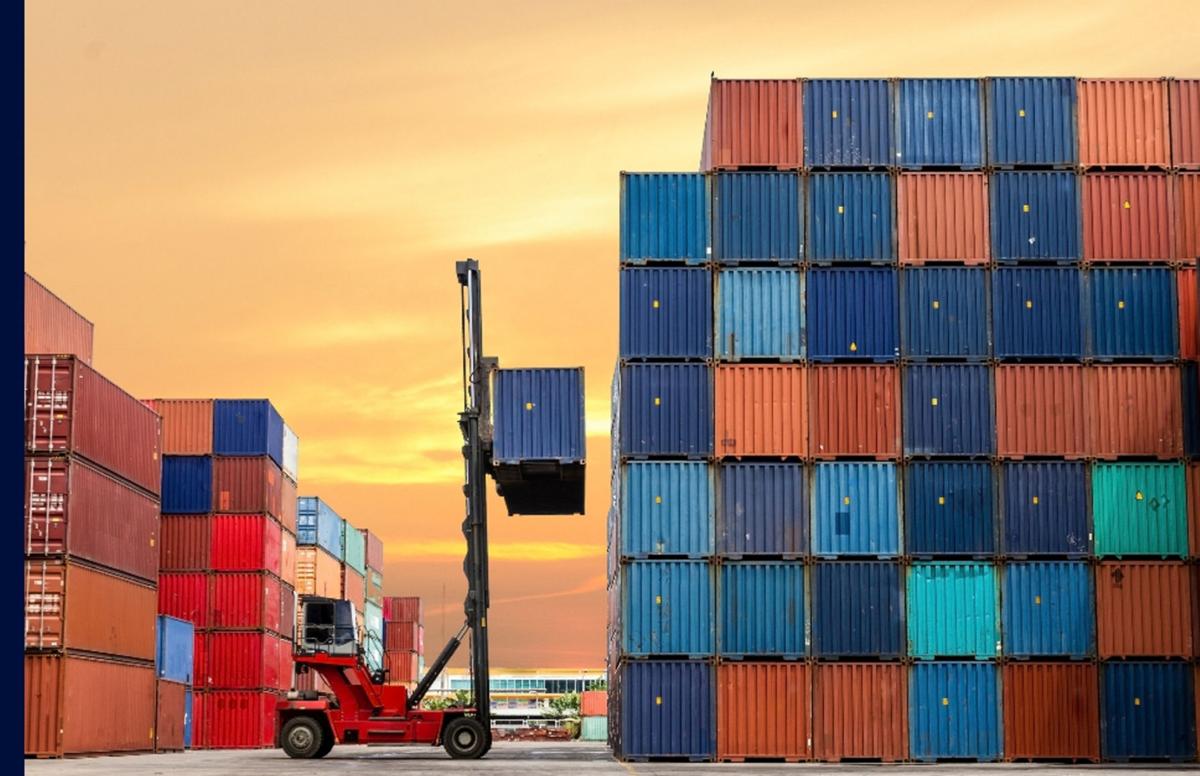 The coronavirus pandemic has added a new challenge to what was already a tenuous and complicated supply chain, says Penn researcher Steve Viscelli, who has studied the trucking industry for a decade. 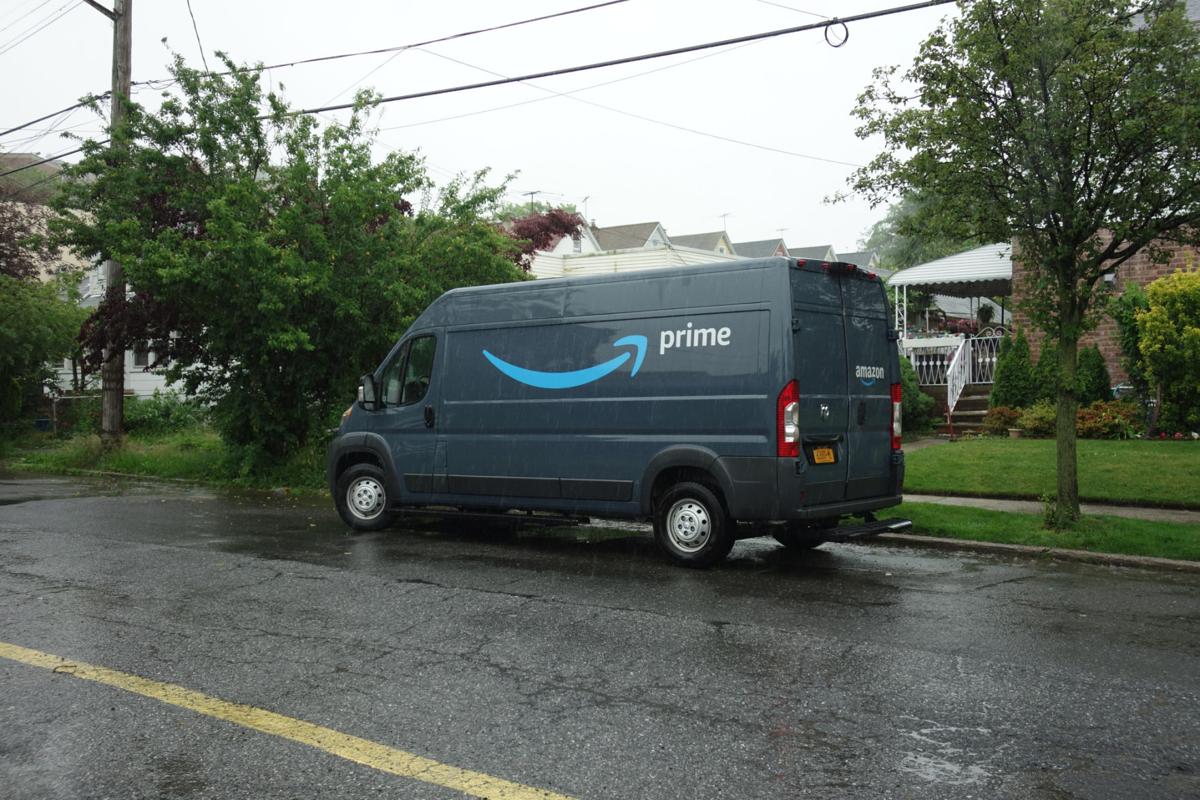 Wikimedia Commons/Creative Commons Attribution Share Alike 4.0 International licenseDrivers for last-mile delivery services such as Amazon, UPS and others are seeing a completely new world. The product categories where people are ordering are shifting from gadgets and luxury items to more basic foodstuff and everyday consumer goods.

The coronavirus pandemic has added a new challenge to what was already a tenuous and complicated supply chain, says Penn researcher Steve Viscelli, who has studied the trucking industry for a decade.

Wikimedia Commons/Creative Commons Attribution Share Alike 4.0 International licenseDrivers for last-mile delivery services such as Amazon, UPS and others are seeing a completely new world. The product categories where people are ordering are shifting from gadgets and luxury items to more basic foodstuff and everyday consumer goods.

The process to get products to consumers — delivered to their door or to the store — can be long and meandering, sometimes starting 6,000 miles away. A disruption to any leg of that journey can affect the customer, store, seller, even the truck driver who delivers those products.

Now, the coronavirus pandemic has added a new challenge to what was already a tenuous and complicated supply chain, says Penn researcher Steve Viscelli, who has studied the trucking industry for a decade.

“This has been a real wake-up call,” he says. “We could see some big changes on the supply-chain side and the retail side that could be fundamental.”

Viscelli has spoken with many in the trucking and other industries already feeling the effect. He shared some of what he’s learned with Penn Today.

There are many steps in the supply chain: imports and exports, drivers moving goods, stores receiving them, consumers purchasing them. Where would you like to start?

Let’s start with the imports. A big chunk of the supply chain is factories overseas and then the container shipping getting into the ports in the U.S. We’re already seeing the impact from China, with significant decreases of container volume into Los Angeles and Long Beach, the ports often used to measure this. We’ve seen a really big decrease there, and there’s also a backup in empty containers going out, which is really important because they need to get filled on the other side. We’re seeing imbalances already because of containers, and that really troubles me because we’re early on in this.

We are already having problems with U.S. exports, in particular with food. We’ve basically got cold-storage export piling up. In the near term, that’s causing a lot of pain for port truck drivers and others. Long-term, the big problem is the fixed capacity of the ports. Let’s say there’s a 20% decline in containers. We can’t make it up with 120% later because there are only so many docks. We’ve seen this in the past but never at this scale.

We saw a big ramp up about a year and a half ago because of saber-rattling around trade. Some supply chains ramped up purchasing to stock up on inventory. That caused some congestion, but that was probably nothing compared to the surge of stuff that will need to come in for the back-to-school and holiday rushes. I’m still seeing analysts saying that even though this will likely go through the summer, we’ll have a strong rebound once we get to the third and fourth quarters. But you can’t have that recovery if you can’t stock the shelves.

When would that restocking need to happen?

The back-to-school items would typically move a few weeks from now so they can get onto shelves in late summer. Holiday stuff, that needs to be coming in late summer, early fall to be on the shelves when we need it. It’s going to be really hard to have that recovery if we can’t get stuff in, and right now we most certainly can’t.

Where do the long-haul truckers fit into all of this?

If you had asked me a couple weeks ago what was going to happen with the market, I would have said the long-haul truckers are going to start feeling pain because we don’t have the same volume of imports. They’re second in line to haul once inventory comes off of containers and gets into a truck for distribution. I would’ve thought they would have experienced some real pain as volumes declined. But they didn’t.

Their role actually ended up surging because of all this shopping for consumer goods like toilet paper and food. That has caused an increase in distribution from centers into stores. That’s temporary, though. We’ll almost certainly start to see those volumes decline as people stop this increased purchasing.

What about the last-mile drivers, those working for Amazon and UPS and other services to deliver goods to people’s homes?

There we’re seeing a completely new world, with the product categories where people are ordering from shifting. Amazon has acknowledged this. They’ve said they’re going to hire 100,000 new drivers on the delivery side, which is a lot of additional capacity. They’re also shifting from gadgets and luxury items to more basic foodstuff and everyday consumer goods.

Could this affect the way that people shop going forward?

Right now, you’ve got people not going to the store, ordering stuff they never would have thought to order online before — bulk food items, things like that. That kind of move by many people is going to force Amazon to upgrade its capacity to move those products. They’re going to learn a lot, invest a lot into these systems. At the same time, brick-and-mortar stores — many of which have pretty uncertain futures as it is — they’re going to be pushed further toward the brink.

When this is over, people might say, ‘I miss going to a physical location to get all my stuff.’ Or they could say, ‘Why have I been wasting my time and gas driving to the store when I could get a good price and better selection of items delivered right to my door?’ The consumer changes could be huge. We just don’t know. Amazon is clearly No. 1 in last-mile delivery and online shopping. If they can pull this off, I think that will go a long way toward convincing people that this kind of model is beneficial.

What about the risk to the health of the truck drivers? Are those you’ve spoken with concerned?

It’s a big concern. Everybody is trying to nail down how much of the virus needs to be on a surface and for how long for it to remain contagious. The material matters, too. Drivers are worried. Do I change my gloves each time I deliver a package? Can I leave a package at a door or will it get stolen? Do I need a signature from every customer? Just think about the pen pad that UPS driver brings to every package drop off. There is a lot of contact in that last mile. It’s nothing compared to health care, but these are going to be essential services to get people what they need. We don’t want these workers to become sick, and we don’t want them to become a vector either.

And we have a lot more workers in last mile who are independent contractors and gig workers without health care, sick days, or the means to get clear information and training on best practices. They may be more likely to come to work, and your door, sick.

There’s another whole set of issues too, with long-haul truckers at risk. They’re really isolated 95% of the time. They live alone and drive alone, but they’re also really dependent on truck stops and gas pumps. These contagious surfaces are going to be huge for them.

Some really clear guidance and practices, maybe from the top down, would be useful. The truck driver population is older, too. Among the workforce, they’re one of the oldest segments and they have lots of health problems at higher rates — smoking, heart disease, diabetes, obesity—plus they have limited access to health care. If someone gets stuck out on the road when they’re sick, they rarely see a doctor. They are a very vulnerable population.

Is there anything else you wanted to mention?

Just as in health care, the timing of all of this will really matter. To me, it really comes down to the need for a coordinated plan. If this is really a war footing, we want to take the logistics seriously at the highest level possible. Where are our needs? Where are the supplies? Who is going to move that stuff? I have no doubt UPS and others are thinking very hard about this and putting together guidance for their workers, but we have a lot of small deliverers, from people who deliver your pizza to those moving chemicals. On the logistics side, it will be interesting to see how it all plays out.

Steve Viscelli is a Robert and Penny Fox Family Pavilion Scholar senior fellow, a senior fellow at the Kleinman Center for Energy Policy, and a lecturer in the Department of Sociology in the School of Arts and Sciences at the University of Pennsylvania.