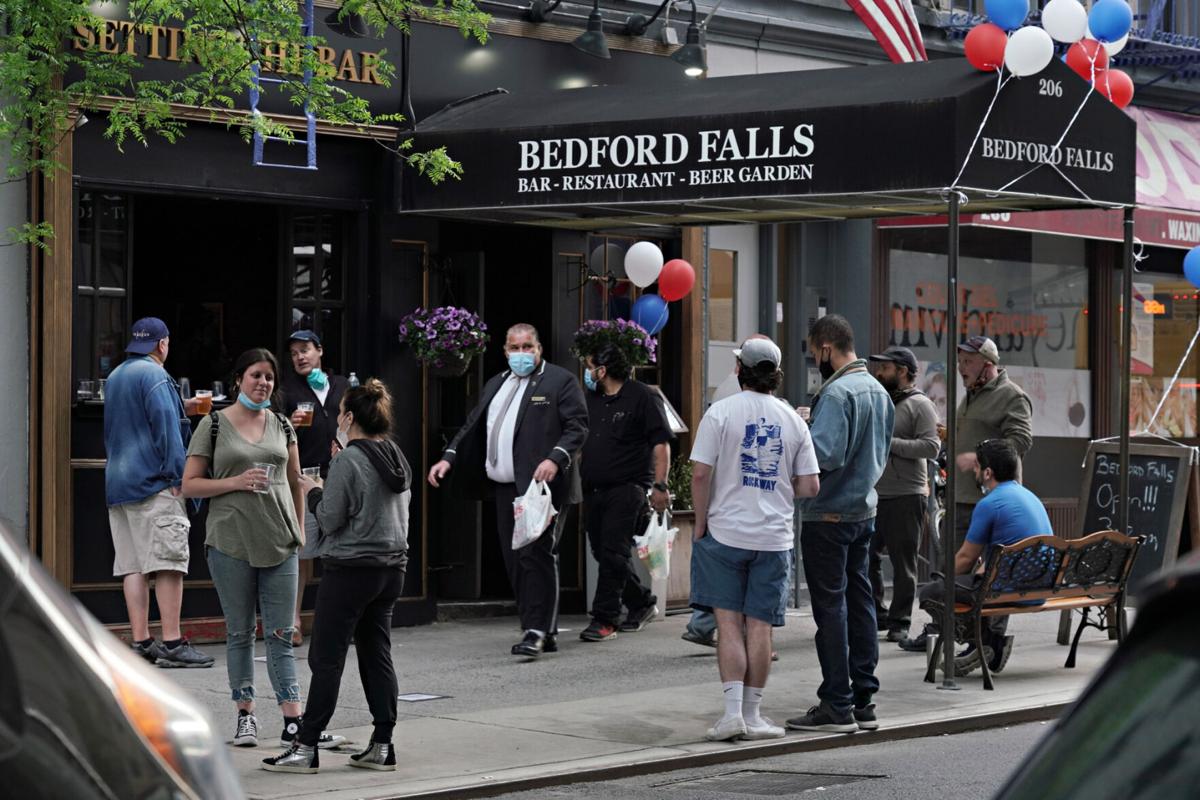 Cindy Ord/Getty ImagesPeople gather outside a bar selling to-go drinks during the coronavirus pandemic on May 18, 2020 in New York City. 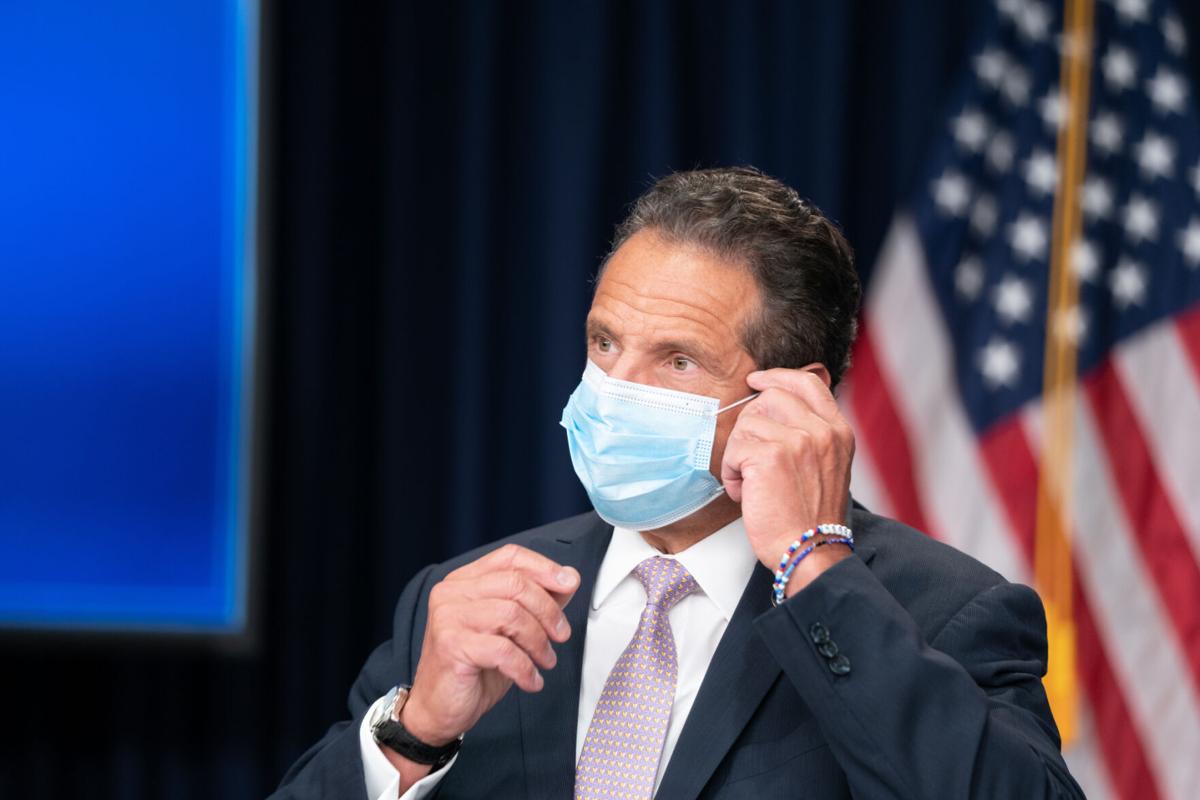 Cindy Ord/Getty ImagesPeople gather outside a bar selling to-go drinks during the coronavirus pandemic on May 18, 2020 in New York City.

Alcohol-buying patrons at eating establishments must also purchase food with their beverages, Gov. Andrew Cuomo said as part of new dining restrictions the state imposed Thursday to prevent a resurgence of the coronavirus in New York.

Establishments must only serve alcohol to patrons who are also ordering food.

The state will also close New York City bars and restaurants after three violations of COVID-19 orders under the governor’s Three Strikes and You’re Closed initiative, which applies only to city establishments. Egregious violations can result in the immediate closure or loss of a liquor license before a third offense, according to the governor’s office.

The updated rules come on the heels of thousands of complaints to Cuomo’s office, including photos and video footage, of New Yorkers not complying with mandated social distancing or wearing face masks in public, especially in the city. State officials studied 5,000 downstate establishments and found numerous instances where people failed to comply with state orders.

The governor also called on local governments and municipalities, including local police agencies, to enforce state orders related to the pandemic. Tensions remain high between communities and police following the death of 46-year-old George Floyd — an unarmed black man who died while in Minneapolis police custody on Memorial Day — which led to worldwide Black Lives Matter protests.

“We can deal with that situation and still enforce the law — we have to,” Cuomo said. “The compliance enforcement of these rules and regulations is essential. If we do not enforce compliance, the virus will spread. It is that simple.

Officials continue to struggle with complying diners, who are intended to sit and eat their food and drinks at an outdoor table placed at least six feet from another table. Bars have been open for customers through the pandemic for take-out drinks, but scores of people have gathered and mingled at outdoor bars in a “block party format,” the governor said.

Fearing a mutation, state, national and global health officials have discussed the possibility of a second COVID-19 wave since the first ravaged New York in March. The nation’s “second wave” is a man-made version of the first, Cuomo said, because the federal government failed to learn lessons the first time.

In other matters, the state has established a pair of COVID-19 testing sites in Houston, Texas at two churches and has sent the city personal protective equipment, hand sanitizer, testing kits and other supplies. Fallbrook Church in northwest Houston and southwest Houston’s Higher Dimension Church will test residents in primarily low-income and minority neighborhoods for two weeks with up to 1,000 tests per day. Low-income and minority communities suffer higher COVID-19 infection rates compared to other populations.

“Testing is a big issue — a lot of people who are wanting testing need testing,” Houston Mayor Sylvester Turner said during Thursday’s briefing. “You all have reached out to us in the city of Houston and we want to thank you. People are taking full advantage of those testing sites.”

The state’s total virus hospitalizations declined to 813 Thursday — down 18 patients. The number has remained under 1,000, but fluctuated over the last two weeks between 792 to close to 900 virus patients statewide. More than 18,000 New Yorkers were hospitalized at the peak in April.

To see where each region stands on reopening and the complete county breakdown of COVID-19 cases and deaths statewide, view the COVID-19 map and tracker at hudsonvalley360.com/site/covid19.html.