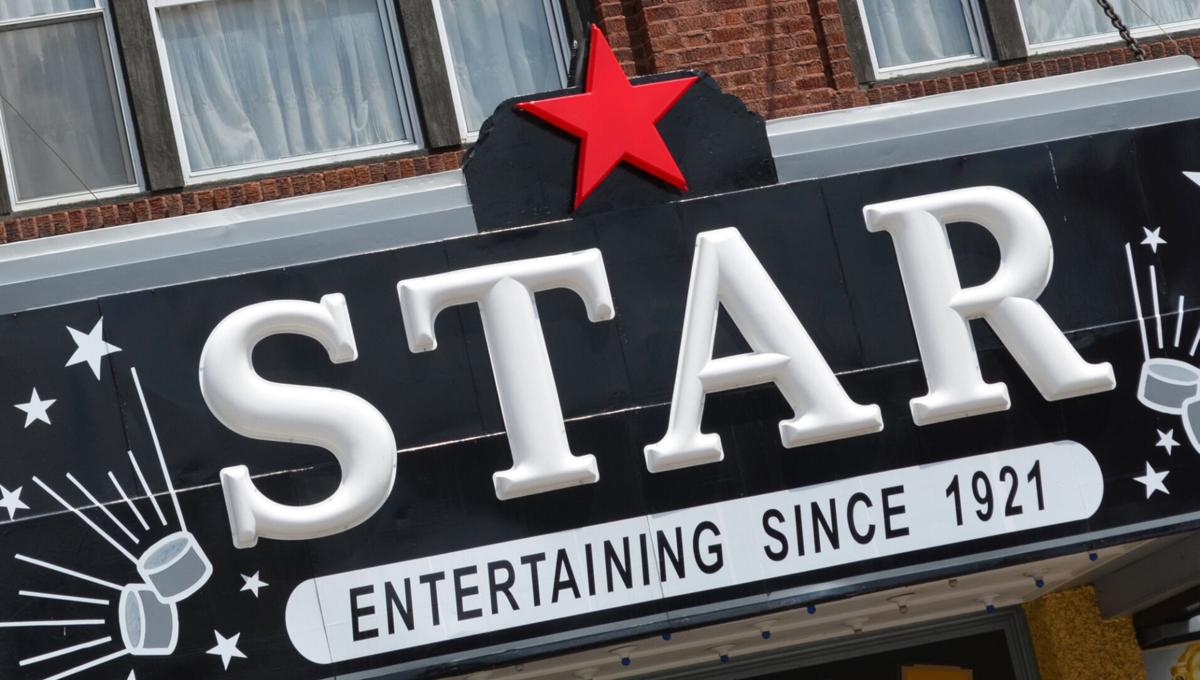 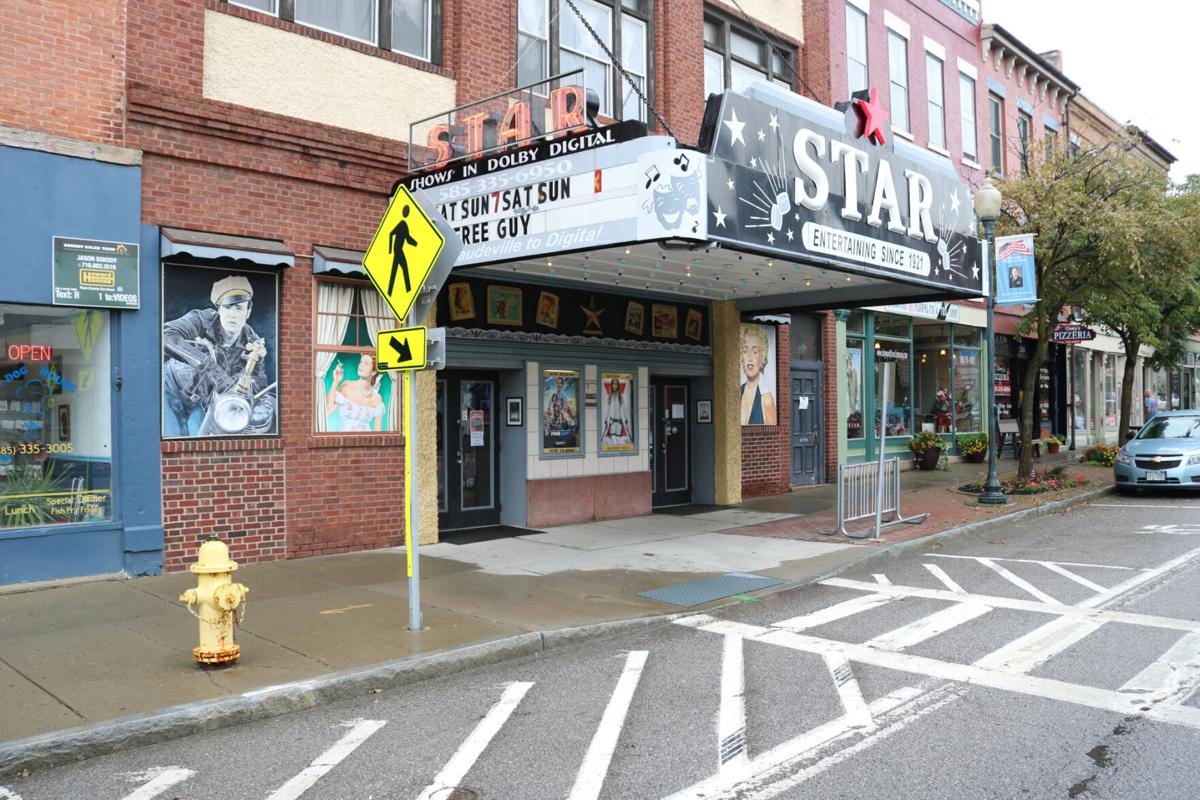 Brendan McDonough/Livingston County NewsThe Star Theater in Dansville is 100 years old and one of the few theaters left with classic old world style and community charm. 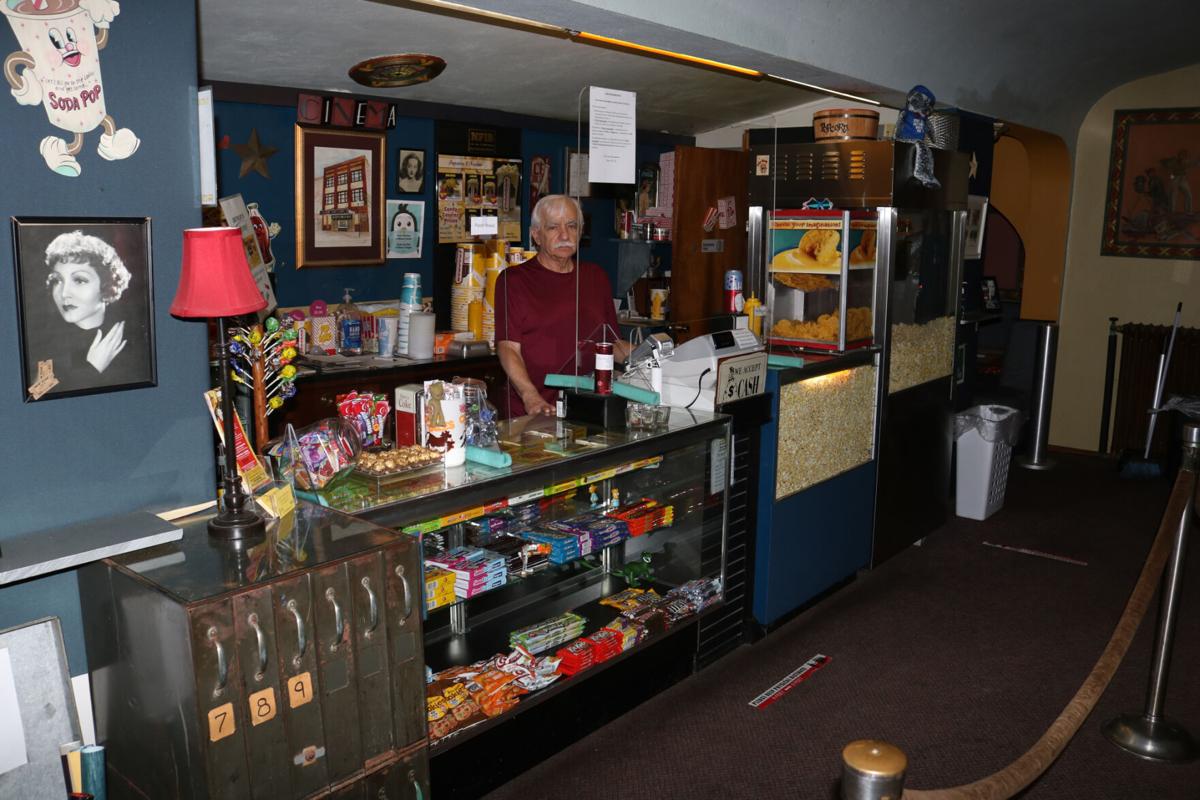 Brendan McDonough/Livingston County NewsStar Theatre Manager David Furioso is thankful to have survived the COVID-19 pandemic and says he will do whatever it takes to help keep the community safe from addition spikes of the virus. 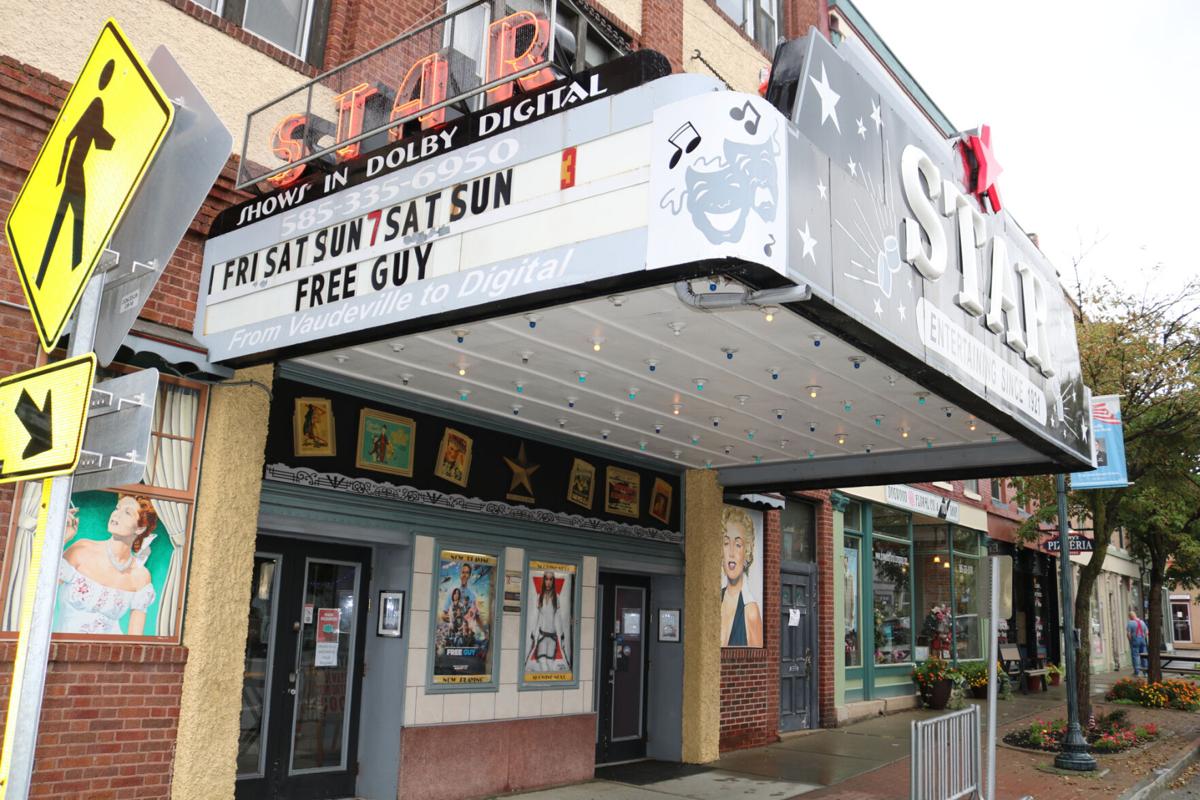 Brendan McDonough/Livingston County NewsThe Star Theater in Dansville is 100 years old and one of the few theaters left with classic old world style and community charm.

Brendan McDonough/Livingston County NewsStar Theatre Manager David Furioso is thankful to have survived the COVID-19 pandemic and says he will do whatever it takes to help keep the community safe from addition spikes of the virus.

DANSVILLE – In 1921 when the “Golden Age of Silent Films” was coming to movie screens, the Star Theater in Dansville was just being born.

The theater, 144 Main St., still captures the feel of Hollywood glamour, with posters on the outside of iconic stars such as Marilyn Monroe and Bette Davis, just to name a few.

On the inside are original plaster designs, brass balcony rails and the spectacular crystal chandelier gifted to the theater in 1921 by The Dansville Lutheran Church. There is also a painted screen and an early ice block air conditioning unit.

Designed for sound with its single screen, people can enjoy a movie without the distraction from other films.

“We have one screen and it is just an old time theater,” said theater manager David Furioso. “It is not like the new multiplexes, it is completely different. People enjoy that atmosphere.”

The theater celebrated its centennial on June 4 and showed Charlie Chaplin’s “The Kid,” a film from 1921.

“Entry was free and we had banners up and stuff, just to celebrate that anniversary. It has been 100 years and that is something else,” said Furioso.

In addition to seeing its share of changes, the theater has also seen its share of owners over the past 100 years. The Martina Family operated the theater for decades until it closed in 1985.

James Martina owned theaters all over the Southern Tier. Vince Martina was the last to operate the theater in that family. The Star Theater reopened on Oct. 28, 1994 with The Schmidt Family. Edgar Schmidt took over and made it his second home until he passed in 2019 from cancer.

The entire inside of the theater got a makeover with a new snack and popcorn booth that took out some of the rows for seating. The old exit doors got bricked off and new bathrooms were installed.

“Those seats are actually from the Rochester War Memorial, when they renovated it they purchased those seats and they are fairly comfortable,” said Furioso.

The seats keep people comfortable but also ensure they preserve the history of the theater.

“It preserves some history by continuing that history and still showing modern movies on modern equipment it just creates the ambience of days past and people enjoy it,” Furioso said. “There is very few theaters like this in the United States.”

While the theater maintains its historical charm, the movies that are shown are current and the equipment that they are played on is state of the art.

“We upgraded the equipment and that equipment is state of the art. We play brand new movies. It is all modern movies,” said Furioso.

The theater is currently open on weekends.

Admission to see a movie are also pretty reasonable, too.

“Our prices are much lower. Our highest price is $8.00 for a movie. Here you can get a box of popcorn, a drink and admission for $10,” said Furioso.

The prices and a classic theater feel,attracts people from all over, he said.

“People come from Geneseo, Hornell, Bath, I mean they come to enjoy this theater,” said Furioso.

All of the staff at the Star Theater are also related and because it is a family business, caring about the community always comes before ticket sales.

“Everything here is community based. It does not mean that we don’t appeal to people outside of this Dansville community because we do. We are very personable. As they are buying and doing whatever we are talking to people as they are buying things and asking them how things are going. When the person comes in it is not just give me your money and here go sit down,” said Furioso.

That family strength he said has also helped the Star Theater survive the COVID-19 pandemic, which saw theaters across the state forced to closed for months.

“It was tough and it still is. If I don’t trust the person I ask to see their proof that they are vaccinated,” said Furioso.

The request is to protect not only the adult moviegoers, but also the youngest people in the theater.

“My personal thing is that we get a lot of kids and my only protection for them is me and us adults. I don’t want any of those little kids getting sick,” said Furioso.

Such steps, Furiosos hopes, will not only keep moviegoers save but preserve the family business and theaters for many more years to come.