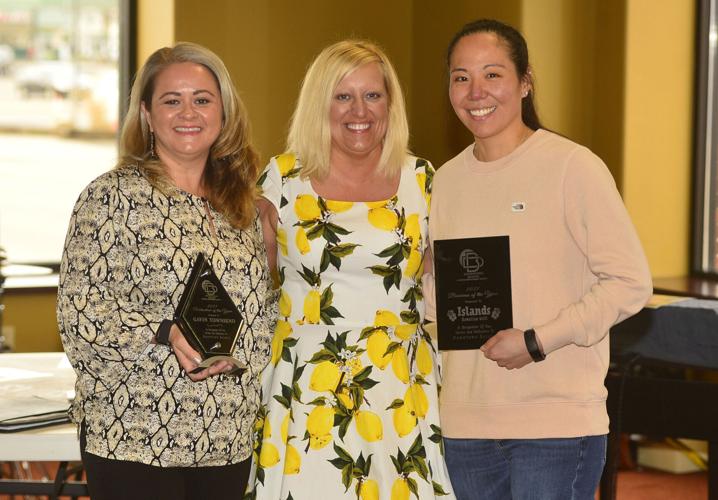 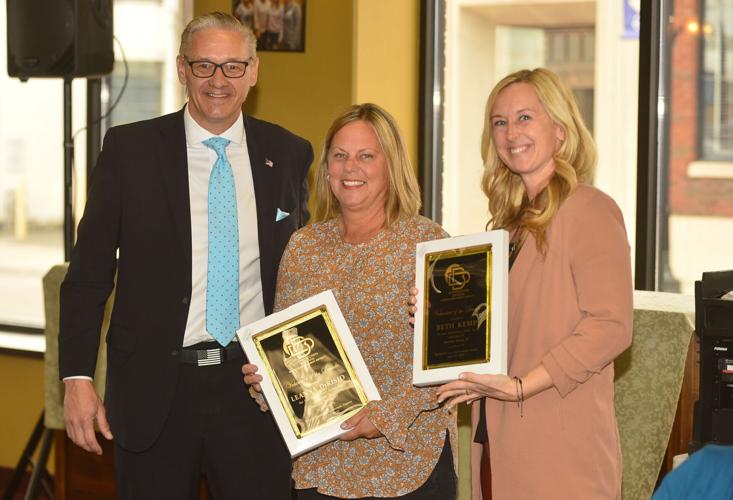 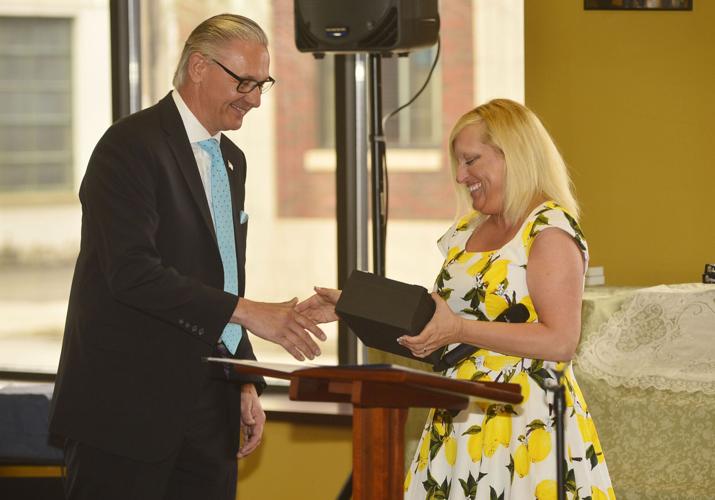 Mark Gutman/Daily NewsDon Brown receives a clock as a gift from Shannon Maute, as thanks for his service on the board, during the annual BID breakfast meeting. 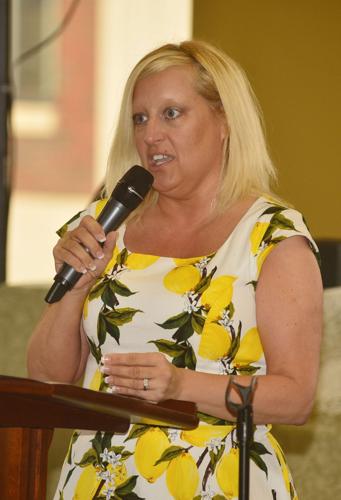 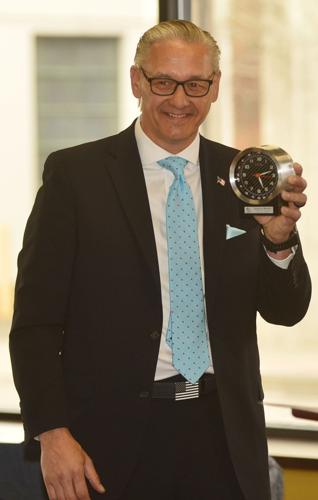 Mark Gutman/Daily NewsOutgoing Board of Directors President Don Brown holds up his gift.

Mark Gutman/Daily NewsDon Brown receives a clock as a gift from Shannon Maute, as thanks for his service on the board, during the annual BID breakfast meeting.

Mark Gutman/Daily NewsOutgoing Board of Directors President Don Brown holds up his gift.

“In my goals, you’ll see that I have cross-promoting. I know that some of the businesses have started doing that ... I would love to do that with all the businesses,” she said Tuesday during BID’s annual breakfast meeting.

For 2022-23, there are a number of things BID and its Promotions Committee want to do: the BID Board and Business Meet & Greet, Boxcar Races, the Jackson Square Summer Concert Series, Family Movie Nights, Scavenger Hunt, Clam Chowder/Chili Cookoff, Scarecrow Contest, the Wine Walk, Shop Local, Window Contest, Christmas in the City, Wreath Contest and the FeBREWary Beer Walk.

“My goal is to work with the next generation to get to know the city and to become part of the community at a really early age. Boxcar races is the best — how fun for the kids and the parents and the community just to get involved and help out,” she said.

The schedule for this year’s Summer Concert Series is not on the BID website yet, but Maute said BID is adding one Thursday a month for the series. “We are going to do bigger bands, more tribute bands,” she said. “I would like to target a different demographic. I really think we could use younger people downtown. I think that is our future, so we should really get them involved as well.”

The Italian Festival would be a new event, one that Maute has had amazing feedback on, she said.

“It is going to be as authentic as possible. The vendors are going to be local. We have so much great food here,” the executive director said. “The streets will be lined with our restaurants ... We’ll have crafts on one street and I would like to sod an area and I would like games for kids as well as bocci.”

Maute, who was named executive director in March, presented a couple of awards. The Volunteer of the Year Award went to Hunt Real Estate ERA Real Estate Agent Gavin Townsend, a choice she said she agreed with 100%.

“She’s been already fantastic in helping me and she’s so energetic,” Maute said. “Gavin volunteers for everything. If you need something, she is the first one to offer to help. We need baskets sometimes as gifts to hand out at an event. She will make the basket. She will ask, ‘What do you need me to do?’”

The Business of the Year Award went to Islands Hawaiian Grill. Owner Kourtney Kunichika, secretary of the BID Board of Directors, accepted the award.

“I know she (Kunichika) might not agree, but she does fantastic and she started this (business) in the middle of COVID and has really done well,” Maute said. “I look forward to working with her.”

Outgoing Board of Directors President Don Brown said BID’s ability to work with the city is one of the things he’s most proud of from his tenure. Each recognizes how important the other is.

During COVID, Brown said he thought the best thing for BID would be to scale things back and tighten its belt.

“What happened was, attendance at our meetings went up. Our directors ... really stood up and took on the challenge — not just of COVID and meeting, but the challenge of moving forward,” he said. “I felt it would be such a shame not to get things done and move a bit more. We had trouble putting on events, but there were so many things we did. We moved the internet downtown forward. That’s going to be done.”

Brown said former Executive Director Beth Kemp was influential in getting downtown pole banners up and Christmas lights and with annual events such as the Window, Wreath and Scarecrow contests.

“We don’t need a lot of congregation. We just need participation and enthusiasm to do it,” he said. “Keeping car chargers downtown — it would not have been possible without the motivation of our board and what they bring to our downtown.”

Brown said BID has been asked how it can do more for the south side of the district. Once the $22.4 million Ellicott Station residential-retail project, by developer Savarino Companies, gets going over on Ellicott Street, more will happen in that area, he said.

Brown had awards of his own to present. He began by listing a number of events in which BID has been involved.

“Nearly all of those events can be traced back to two people — two people I would call ‘volunteers of the decade.’ They’re people that have motivated me,” Brown said. “They say you can join an organization twice — once when you join it and second when you get the fever of the organization. These two people have put their time and fever into the organization. That is Beth Kemp and Leanna Di Risio.”

Brown gave them a Volunteers of the Decade Award.

“They have been around a long time. All those events that we do, they have been a part of that. They invented most of them,” he said. “They’ve created a following for it. When you have people like that ... it makes it easy to participate. The amount of enthusiasm and vibrancy they put into the community, it’s a huge win for our community.”

Carrie Lawrence, co-owner of Valle Jewelers, was elected to the Board of Directors as a property owner. Empire Hemp Co., LLC Vice President Shelly Wulanske was elected as a tenant/business owner.