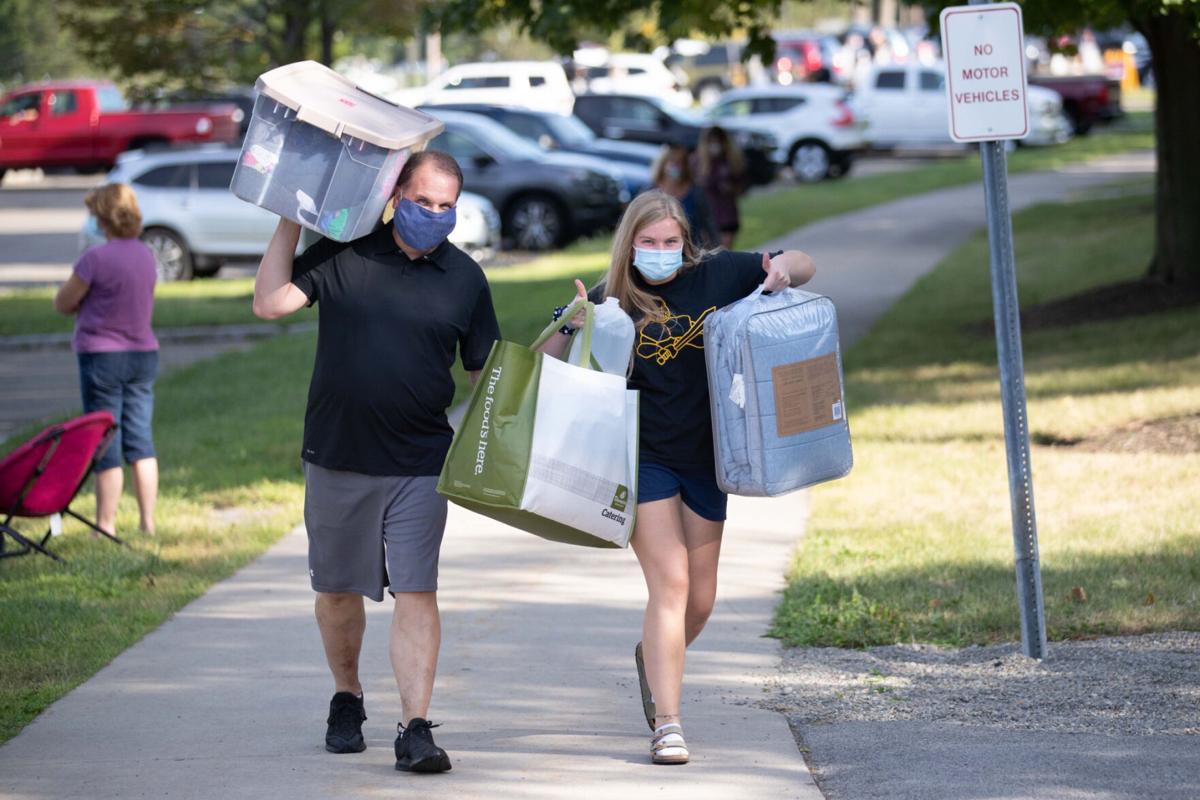 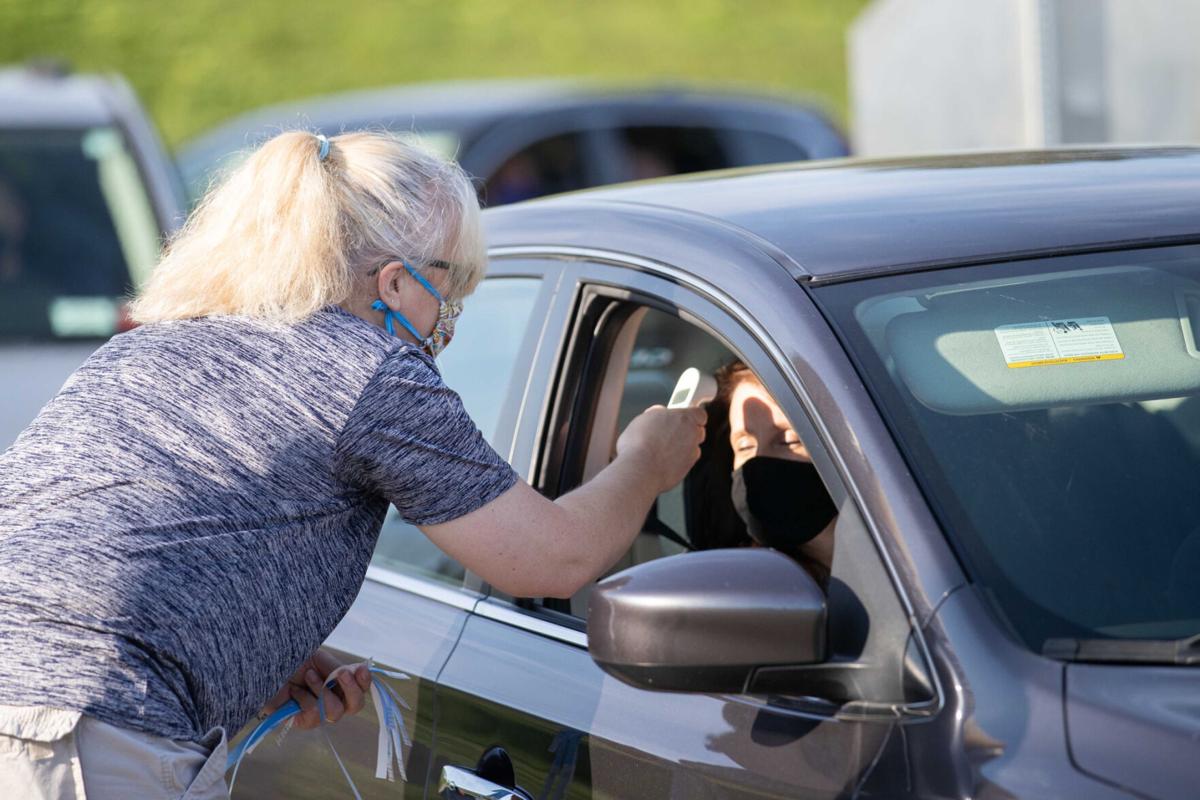 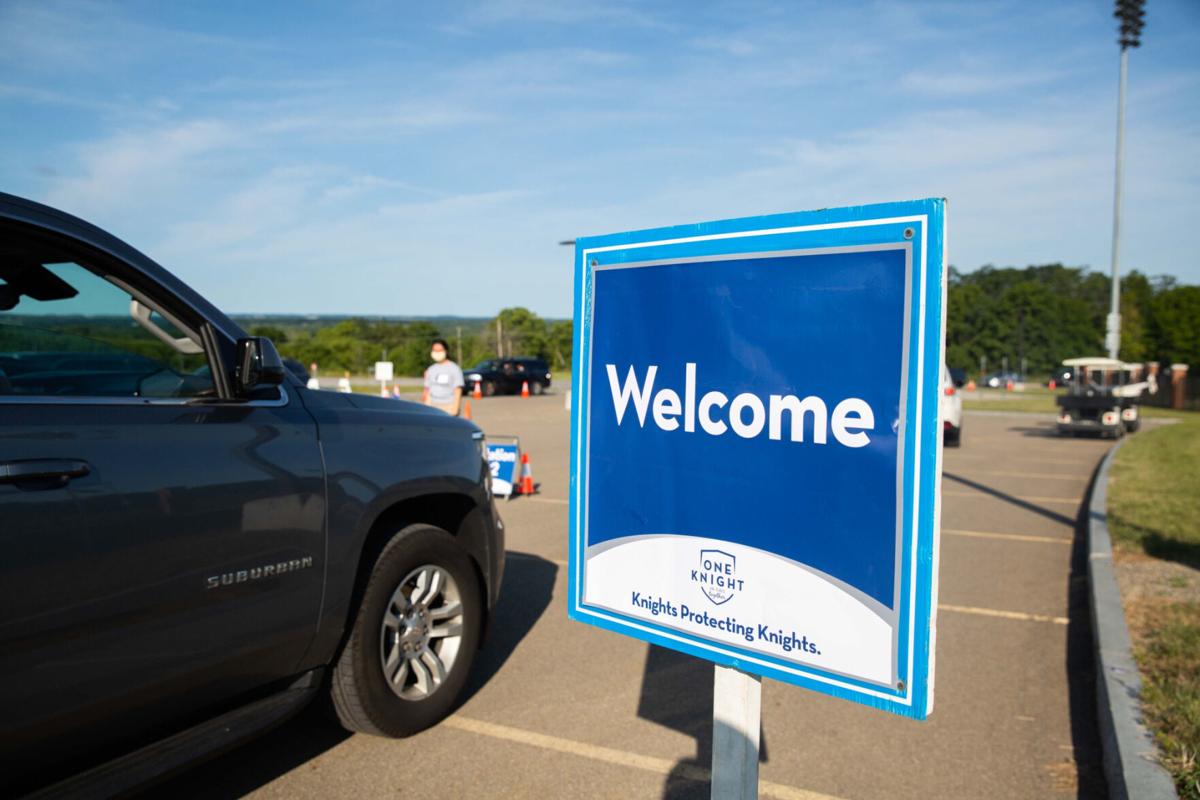 SUNY Geneseo Photograph Students returning to SUNY Geneseo for the fall semester are seeing a number of changes. An additional concern is how the COVID-19 pandemic could affect the state's Excelsior scholarship payments.

SUNY Geneseo Photograph Students returning to SUNY Geneseo for the fall semester are seeing a number of changes. An additional concern is how the COVID-19 pandemic could affect the state's Excelsior scholarship payments.

State colleges will work with thousands of students as they resume classes to pay tuition bills in installments, officials said, as New York’s free tuition program faces cuts in the wake of economic turmoil caused by the COVID-19 pandemic.

Started in 2017, the Excelsior Scholarship program provides free SUNY and CUNY tuition for students whose households earn less than $125,000 a year after other state and federal grants are used. The scholarship covered up to $6,470 of $7,070 annual tuition for the 2019-20 academic year.

“Please note that the COVID-19 pandemic has dramatically reduced state revenues and the processing of new applications is pending on federal assistance, which has been delayed since April,” according to a statement posted last month on hesc.ny.gov, the state Higher Education Services Corporation’s website.

Excelsior Scholarship awards may have to be reduced and/or prioritized for current recipients under the program, the statement reads.

More than 210,000 SUNY and CUNY students attended college tuition-free last year. That number is expected to be greatly reduced for the 2020-21 term after anticipated 20 percent state cuts to education, healthcare and localities as the state’s revenue declined 15 percent after the COVID-19 pandemic. This is leading to a $14.5 billion budget gap, or $62 billion over four years.

The state Higher Education Services Corporation, which administers the Excelsior Scholarship program, started to accept new applications July 24 for the 2020-21 academic year. Midnight Monday is the deadline for students to apply.

The state budgeted $131 million for the Excelsior Scholarship program in its Fiscal Year 2020-21 spending plan.

“Each SUNY campus handles billing and works with students individually on their bills,” HESC spokeswoman Angela Liotta said in a statement Friday.

Liotta referred to the statement at the top of the Excelsior application webpage, and did not answer questions about potential reductions to the Excelsior Scholarship, how many students have applied this year to date, how a future reduction will impact student tuition bills or how long students will have to satisfy unexpected, remaining balances.

“Students work with campuses on individualized payment plans,” according to a statement Friday from SUNY Press Secretary Holly Liapis. “We are in the process of certifying the number of Excelsior Scholarship awards for the 2019-20 academic year, and this information is generally available in the fall.”

The state’s reduction warning notice remains placed at the top of the scholarship application webpage, citing the New York’s widening budget gap and raising questions about how much money will be available for the free tuition program without more federal aid.

“The state is contending with a devastating revenue loss, amounting to $62 billion over four years, and in the absence of multi-year federal funding for New York State, awards may have to be reduced and/or prioritized for current recipients,” said Freeman Klopott, spokesman for the state Budget Division. “Families of all our students — from pre-K through college — are making difficult choices this fall as we all weigh the unprecedented pandemic and fiscal uncertainty.”

Excelsior scholarships for SUNY and CUNY students who previously received an award are expected to be given priority as officials weigh how much to slash from the program.

State officials must determine the necessary amount to reduce the Excelsior program and which awards to cut, SUNY Geneseo’s Director of Financial Aid Susan Romano said in a statement.

“We are waiting on the state to inform us,” she said. “...The state should be contacting families directly. We plan to send a communication as well.”

About 1,000 SUNY Geneseo students received an Excelsior award last year. The college could not provide a total award amount for the 2019-20 academic year, as Romano said the campus continues to receive award payments from the state.

“No new students were informed of actual award amounts,” Romano said of potential new Excelsior recipients. “Student bills were not deducted by new Excelsior awards since we are waiting to hear about the status of the program ... We are waiting for the state.”

The state Budget Division is expected to release a permanent spending reduction plan, which the state Legislature would have 10 days to review or modify. Klopott would not provide a timeline for when the state will announce detailed spending cuts, saying amounts depend on federal assistance.

SUNY would not say how many students have applied this summer for the Excelsior award to date. Classes have started, but awards given later this semester can apply to the fall term as credits to student accounts.

Returning students who previously received an Excelsior award, completed the required 30 course credits per year and maintained a household income under $125,000 do not need to reapply for the scholarship, and only need to update their state Student Aid Payment application and Free Application for Federal Student Aid, or FAFSA, forms.

Gov. Andrew M. Cuomo and top state officials have repeatedly called for U.S. House of Representatives to pass a coronavirus stimulus package providing aid to states and localities, saying the amount of additional relief will determine the depth of state budget cuts.

Democrats and Republicans have clashed since the Democrat-led House passed in late May the $3 trillion HEROES Act, which provides $500 billion to states and municipalities. The GOP’s counter $1 trillion HEALS Act does not provide additional aid to states or local governments. Negotiations continued on Capitol Hill until Congress entered recess early this month. Lawmakers are expected to return to session Sept. 8, after Labor Day.

Students received their Excelsior award for the term upon campus approval that they were impacted by COVID-19.

Year-to-year changes to student Excelsior Scholarship amounts are nothing new, Liapis said, as awards are rescinded if a student’s household income increases above $125,000 annually or the student did not complete 30 course credit hours for the year.

Classes at SUNY Geneseo start Monday. Tuition bills for the fall term went out Aug. 13 and are due Sept. 10. Geneseo students and families are encouraged to sign up for the campus’s four-payment plan while the college awaits a state decision about pending budget cuts, Romano said.

“If they make the first payments by Sept. 10, they will have met the due date,” Romano said. “The next payment would be due on Oct. 1, then Nov. 1 and Dec. 1. If Excelsior comes through, it will reduce or cancel their payment plan. It will just buy them some time.”

Payment plans vary by campus, but apply to all students at each institution. SUNY Geneseo offers two- and four-payment plan options.

“We are currently awaiting further guidance on Excelsior awards,” Rhyner said in a statement Friday. “Jefferson is dedicated and committed to working with our students who may be impacted by any reductions in awards and will be flexible in working out any arrangements that may be needed to address their billing concerns.”

Unexpected changes to student invoices happen each term, according to a statement from Jordan Carleo-Evangelist, SUNY Albany’s director of Media and Community Relations.

“Student accounts are adjusted all the time for any number of reasons,” Carleo-Evangelist said. “Invoices are sent monthly, so if a change were made — for any reason — it would simply be reflected in the next one. Student financial aid situations are so unique and complex, you cannot generalize.

“Excelsior Scholarship amounts routinely vary from year to year and are contingent upon other financing that a student may obtain,” he added.

The University at Albany, like all of SUNY’s 64 campuses, offers payment plan programs for students to pay off semester tuition. Students or families requiring more time to pay their bills can enroll in e-payment plans at epay.albany.edu.

Campus payment plans are not loan programs and are interest-free, but students must pay a one-time application fee each term, or $45 for each fall and spring semester and $25 in the summer.

SUNY Albany’s payment option allows students to spread out term balances owed over a period of up to four months, depending on when they enroll. The school’s invoices are issued monthly on the 20th and due the 15th of the following month, Carleo-Evangelist said. Payment due dates and plan options may vary from campus to campus.

“In general, students review their account online and it is continually updated as more information is provided and payments are made,” she explained.

The potential future billing change for returning Excelsior recipients is hypothetical, Carleo-Evangelist said, as campuses wait for direction from the state Budget Office.

“I can’t speak to the Excelsior situation ... because it’s hypothetical; it isn’t something that has happened,” he said. “I can say that UAlbany tries to be as flexible as possible and to work with students and their families — and that’s been especially true during the pandemic.”

About 1,690 SUNY Albany students received some form of Excelsior award in 2019-20, totaling about $8.1 million. Without answers from the state, it’s too soon to know how budget cuts will impact the free tuition program, or college enrollment, Carleo-Evangelist said, which is expected to decline as a result of COVID-19.

“While we won’t know the final numbers until a few weeks into September, even then, it would be too soon to separate smaller potential factors in those declines from the obvious big one: A global pandemic that has upended higher education in many ways,” he continued.

“In other words, it would take some after-the-fact research to determine the exact reason why specific students did not return to campus this fall — be it the pandemic, be it financial or some other reason. And sometimes, there isn’t just one reason.”

Representatives from SUNY Potsdam, Canton and Genesee Community College did not individually respond to requests for comment, deferring to statements from SUNY’s press secretary.

In January, Cuomo sought to increase the income eligibility to $150,000 a year, but it was not included in the state’s final April 2 budget deal.