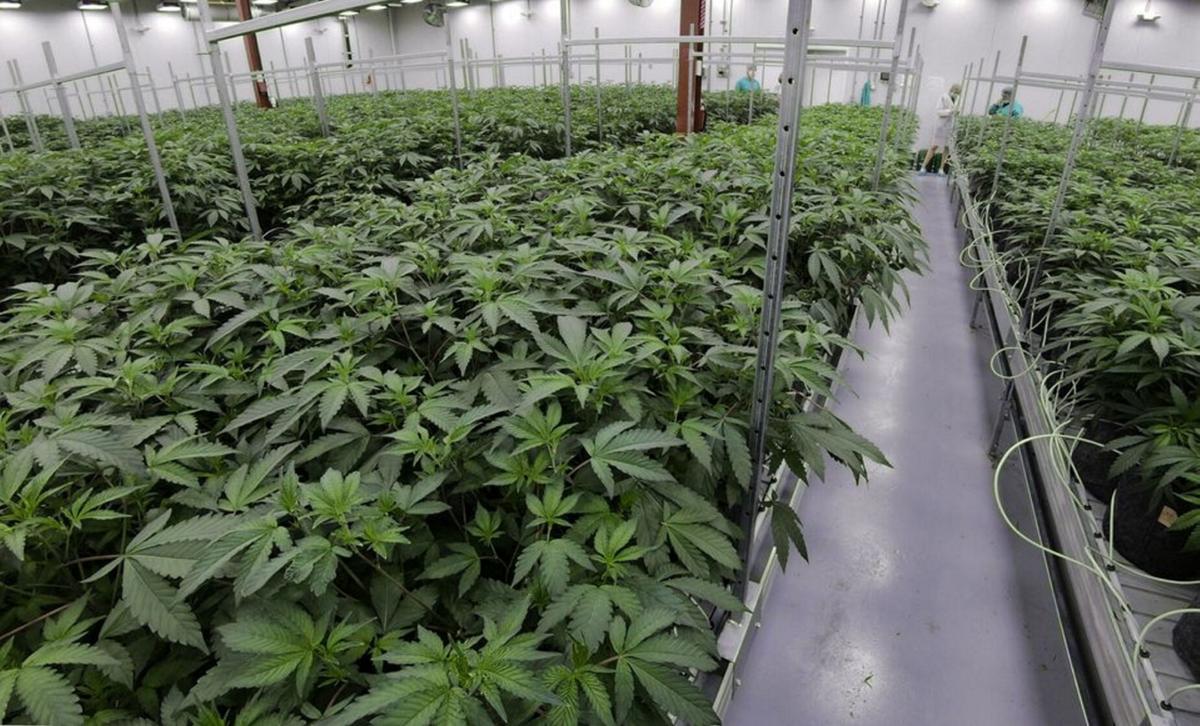 Courtesy of Tribune News ServiceTour of a cultivation site of Curaleaf, a cannabis dispensary located in Bellmawr, New Jersey. 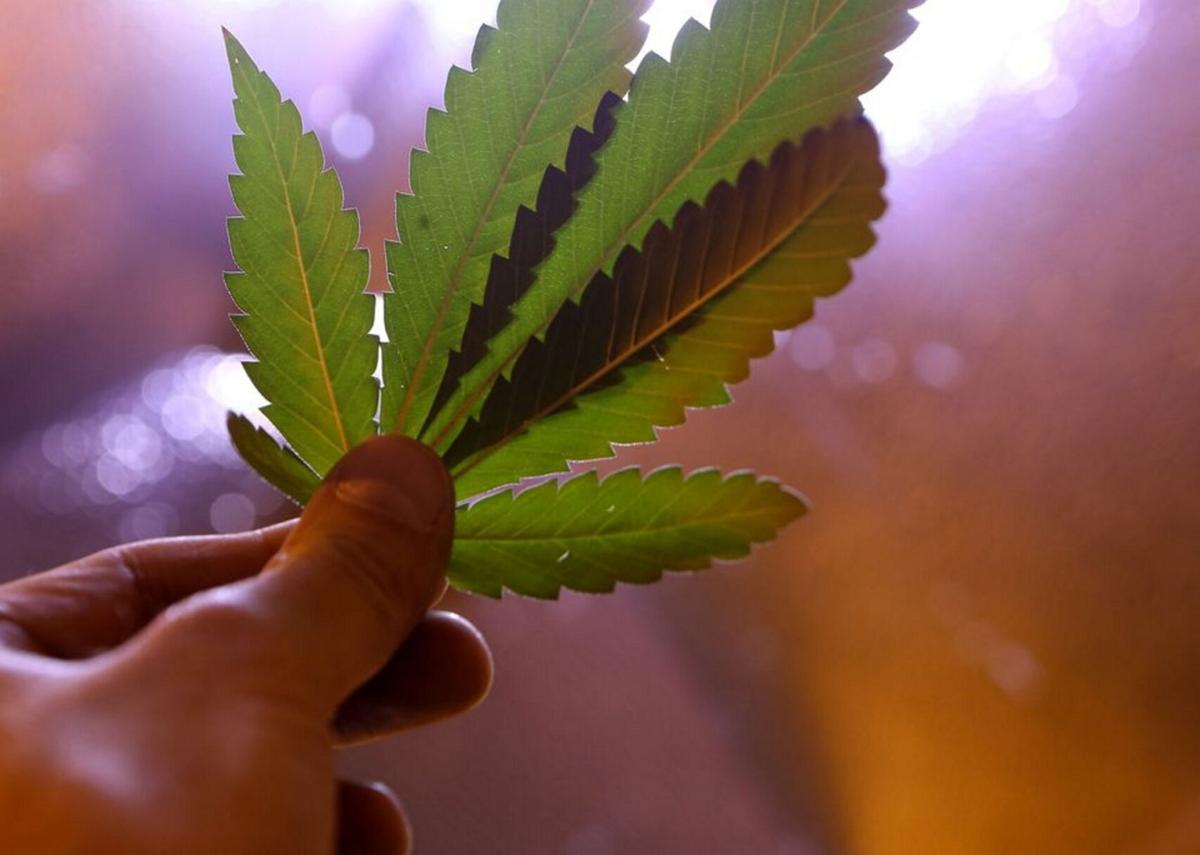 Courtesy of Tribune News ServiceTour of a cultivation site of Curaleaf, a cannabis dispensary located in Bellmawr, New Jersey.

The legalization of marijuana will pose new opportunities for New York farmers, but some are questioning how a new state management board slated to set thresholds and make decisions to impact the cannabis-growing industry and local agriculture.

New York became the 15th state to legalize recreational marijuana sales and adult use for people ages 21 and older after Gov. Andrew Cuomo signed Marijuana Regulation and Taxation Act on March 31. The law immediately allows New Yorkers to legally possess up to 3 ounces of marijuana.

Recreational marijuana sales may begin after April 1, 2022, but dispensaries and retailers are expected to open in the state in about 18 months.

Some farmers are waiting to get in on the action of growing the newly approved crop.

Jerry Peele, of Herondale Farm in Ancramdale, has a permit to grow hemp and has been growing the crop for the past two years.

“We have very good yields,” he said. “It’s been pretty mixed in terms of sales of the end product. The first year, we did pretty well because we had a contract with a processor.”

Peele struggled to obtain contracts before last year’s growing season, and sell the product in the region.

“There was a bit of a glut of product at the end of 2019,” he explained. “We decided to grow some, but not as much as we grew the first year, and it has actually proved quite difficult to sell the product.”

Peele is researching obtaining a license to grow marijuana and what it would cost to maintain both the hemp and cannabis ventures.

“The question will be, can we do both at the same time with what we have in terms of the size of the operation and whether they can both be viable businesses,” he said. “It’s very early days and everything is under consideration for us at this point.”

Others are less optimistic Wednesday’s legalization will help the local economy or agricultural industry.

Former farmer Eric deLong owned Foxtail Community Farm in Greenville, which closed down about three years ago, and cast doubt the legalization will help local farmers who run smaller operations.

“My understanding in Colorado is it very quickly became a large-scale commercial production where they thought perhaps small farmers might be able to create a niche in the growing of hemp and marijuana and they were quickly out-competed by large corporations,” deLong said. “There are no small farmers legally growing marijuana, so it won’t hurt them in that respect, but I don’t think [legalization] will help them. Probably, the state is saying this will create income for small-scale farmers, but I don’t see that happening.”

New York Farm Bureau representatives have yet to comment on the state’s legalization of marijuana on Wednesday.

“We haven’t taken a position on the bill, pro or con,” said Steve Ammerman, New York Farm Bureau spokesman. “Ultimately, we do hope farmers who are interested in diversifying have the ability to take advantage of the crops if they so choose and have some say in terms of how the growing of it is regulated, but on the bill, itself, we didn’t take a position.”

Hemp and cannabis for recreational marijuana are separate crops. Growing THC cannabis, or cannabis with marijuana’s psychoactive chemical that causes a person to feel high, requires different licenses and regulations. The Office of Cannabis Management and Cannabis Advisory Board will decide several details, including how much of the crop a farm can grow.

“Those who grow hemp may not necessarily grow adult-use cannabis,” Ammerman said. “They may choose to look into that possibility. It is all going to depend on the regulations and the testing and how production is monitored, so that is something that we will be paying close attention to as those regulations start rolling out.”

Mark Leifer, of Mayfair Farms in Ashland, which produces horse hay, has a registered state permit to grow hemp, but hasn’t used it.

“We applied for the permit, but we haven’t done anything with it; We were going to play with it, but it’s tough,” Leifer said. “There is no market in the area, so if you are going to do it, you have to come up with some kind of value-added end product that you can make from it.”

Leifer does not intend to expand his farm to grow THC cannabis.

Hemp can be used to make products such as clothing, rope, salad dressing or facial oils and others, but processors are few and far between.

“In order to process it, I believe the nearest place is in Kentucky...I think, so it’s difficult to justify switching my equipment over in order to make it happen,” he said. “I research it up and down, right and left, and I just can’t justify spending the money to retool — you need different equipment than what I have.”

Michael Veeder, owner of Veeder Tree Farm in Coxsackie, does not plan on entering the hemp or cannabis market.

“We just sell Christmas trees and are open two months out of the year around Christmastime, so this does not affect us,” he said.

The new law creates a number of different licenses to grow, cultivate, process or distribute recreational cannabis, including nurseries and microbusinesses, among others, to be evaluated by the new Office of Cannabis Management and the Cannabis Control Board.

The Office of Cannabis Management will evaluate license applicants through a variety of metrics, including social equity status, commitment to environmentally sound policies, public health and fair labor practices, according to a statement from Senate bill sponsor Sen. Liz Krueger, D-Manhattan.

The Cannabis Advisory Board will be responsible for approving grants from the Community Reinvestment Fund make policy recommendations and report on the state of the cannabis program.

The agencies were established under the law to regulate the industry and will consist of five members, three appointed by the governor, and one appointment by each of house of the Legislature. The Senate will confirm the board’s chairperson. The governor will appoint an executive director to be confirmed by the Senate and a chief equity officer subject to approval by at least four members of the board.

Gandelman, who grows 35 acres of hemp and makes in-house CBD products, is ecstatic to enter the cannabis-growing industry.

“We also plan on taking our THC and turning it into other products like tinctures and things that we’ll also be able to sell to the dispensaries.”

Gandelman is eyeing licenses to grow the THC crop in both greenhouses and outdoors. The state licenses range in cost from $500 for farmers to apply and up to $5,000 for processors.

The state regulatory boards will decide a number of variables for farmers that remain unknown, including when they can apply for licenses and start growing THC cannabis, or provisions to prevent local governments from hindering the industry in local communities.

Municipalities including city, towns and villages are permitted to opt out of retail sales and dispensaries, but not growing facilities. Each municipality can instate separate smoking rules for bus stops, parks and other public spaces.

“People need to pay attention to the policy being made in Albany over the next few months,” Gandelman said. “This bill is huge — there’s a lot to digest. Our group will continue advocacy efforts to make sure they give out these licenses to as many farmers as possible all over New York State as quickly as possible.”

Marijuana sales are expected to bring $350 million to the state per year, and the industry could create between 30,000 and 60,000 jobs, according to the governor’s office.

The state has strict regulations, Gandelman said, but added the bill creates specific opportunities for microbusinesses and farm cooperatives.

“It is going to cost money to get into growing THC on your farm, however, there’s not really another way to do it,” he said. “No one can really get into this thinking they’re going to spend a few hundred bucks and grow a THC crop safely without the appropriate education and infrastructure.

The regulations account for consumer safety concerns and ensure a safe product to the market, proper testing and handling, Gandelman said, adding, “Those things do take some resources to pay for.”

The law creates a number of adult-use cultivator, processor and distributor, nursery and microbusiness licenses, among others. At least 50% of licenses will be issued to social equity applicants involved in the adult-use program. Officials will give extra priority to low-income applicants impacted by the war on drugs who have, or a close relative has, a marijuana-related conviction.

The law includes equity programs for communities of color sent to people most disproportionately impacted by prohibition and former drug laws and for small farmers. Programs will provide loans, grants and incubator services to ensure broad opportunities for New Yorkers looking to participate in the now-legalized industry.