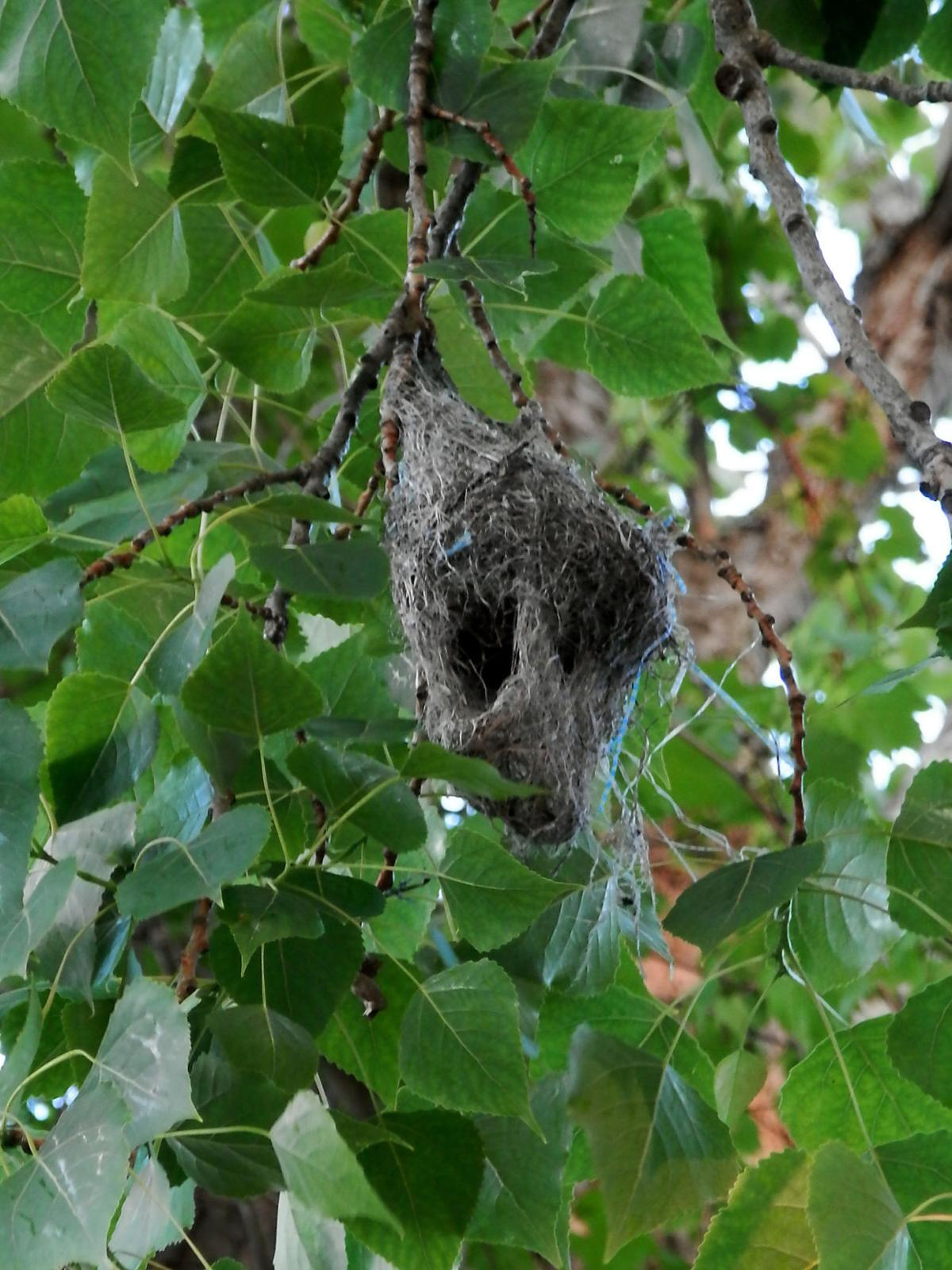 Ryan Hodnett via WikiMedia Commons/Creative Commons Attribution-Share Alike 4.0 International license The nest of a Baltimore Oriole is seen in a tree. 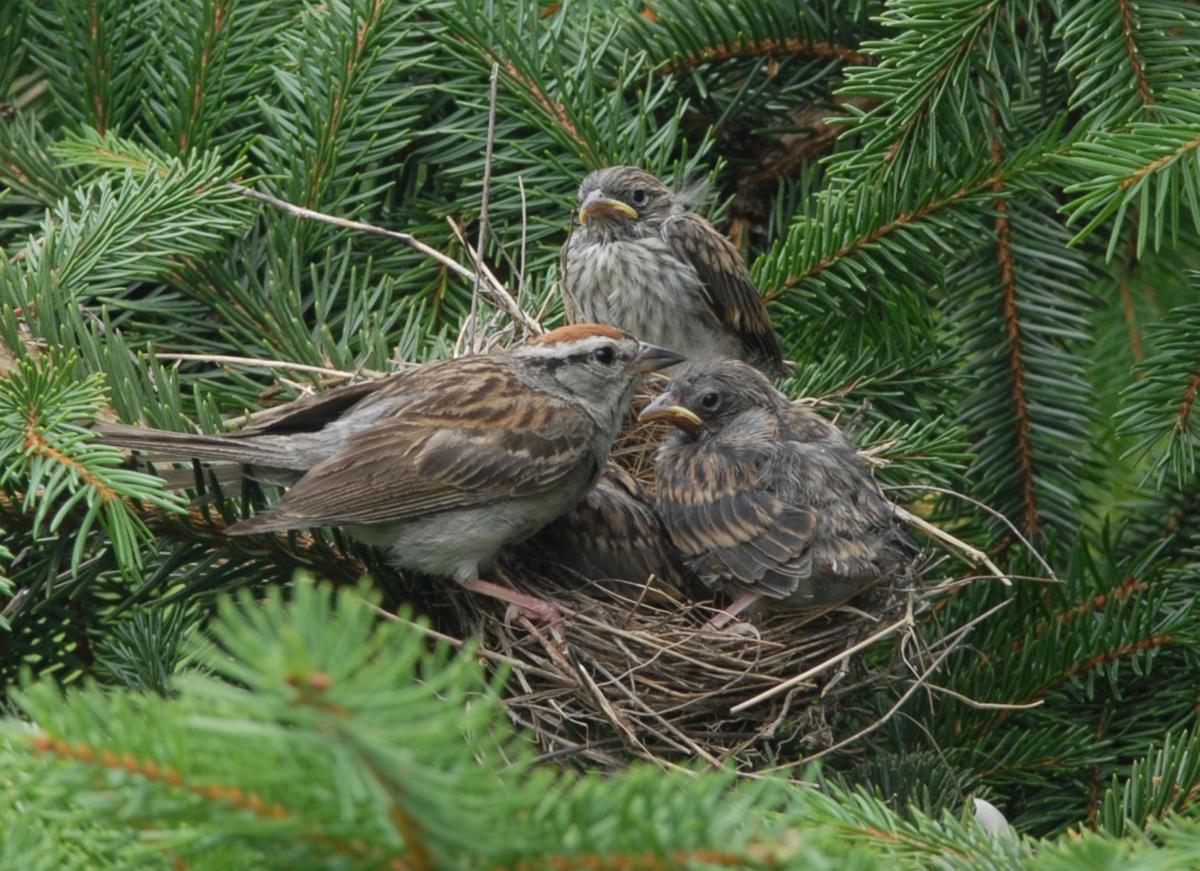 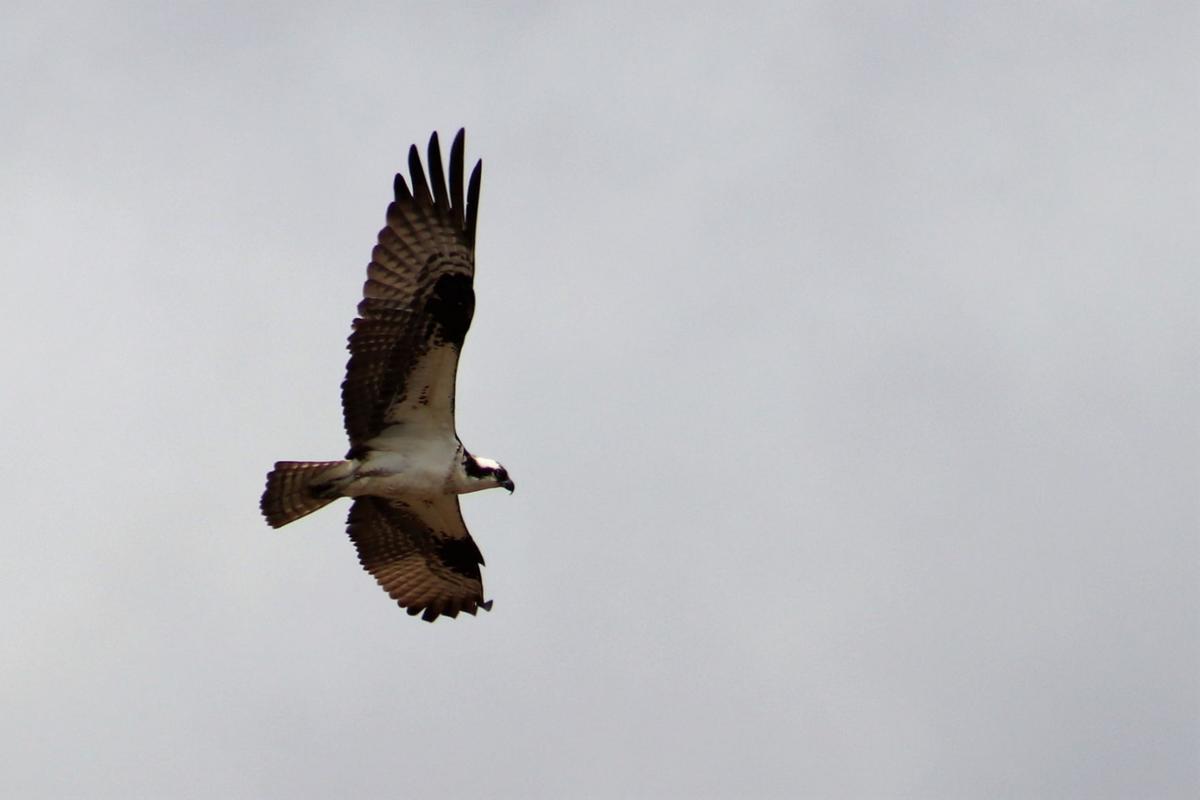 Ben Beagle/The Daily News An osprey is seen soaring above a field along Horseshoe Boulevard in Avon on May 16.

Ryan Hodnett via WikiMedia Commons/Creative Commons Attribution-Share Alike 4.0 International license The nest of a Baltimore Oriole is seen in a tree.

Ben Beagle/The Daily News An osprey is seen soaring above a field along Horseshoe Boulevard in Avon on May 16.

June is a month with tremendous bird activity as nesting is likely at its overall peak.

Many species of birds have already nested. Some are nearly done and others are just getting started. Those that completed a nesting already are likely working on their second nesting now. So almost all species of birds are in some stage of nesting in June.

Any walk up the road, around your yard, out back, or at any park or nature area will undoubtedly reveal something interesting – that is if you pay attention. Often, even if you aren’t looking, some interesting things just pop up in front of you such as an eagle sighting or a young brood of turkeys or even a fledgling robin sitting on a branch or perch right next to you. With all of the trees and meadows greening up, the birds aren’t as easy to see as before, but they are out there.

Also, with nesting under way the birds generally don’t sing as consistently as they did before, but they are out there – orioles and rose-breasted grosbeaks included – even if they aren’t as active at your feeders.

It’s a great time of year to venture out into the woods and to zero in on a particular bird species that you may be hearing. A good example would be to listen for the song of the hooded warbler or any other warbler or thrush and see if you can find its nest. In your yard you might be able to find the Baltimore orioles’ nest, a chipping sparrow nest, and maybe even a mockingbird nest.

The variety of birds that are nesting right near you is amazing, but they for the most part are more secretive during nesting. Sit still and watch for a while and the birds will likely show you where their nests are.

Here on the farm we have two pairs of cliff swallows nesting under the eaves of our old dairy barn.

Very interesting birds indeed. They built two nests next to each other (some places they nest in large colonies) and the nest resembles that of a barn swallow but is plastered all the way to the top and has a large side entrance. The nest is big enough for both the male and female to sleep in there. When I go near the nest – walking or with the lawn mower – I can see the pair of swallows in there facing out with their distinct light-colored patches on their foreheads.

I am learning a great deal about these swallows. They are a pleasure to have around.

Speaking of swallows, the tree swallows are busy nesting. Some are almost done and others are just getting started, but it’s difficult to tell if they are doing two consecutive broods or not. Barn swallows have two broods and have many nests inside our old dairy barn.

Rough-winged swallows are common away from buildings and nest in streambank tunnels.

Bank swallows nest in colonies more typically in gravel pits which have large banks in which to make their nesting tunnels.

At Silver Lake, we were successful at attracting a small colony of martins to our new martin complex so we are enjoying them there.

Here on the farm next to our pond we have attracted one pair, but are not sure if they are really nesting. Still, it is nice to have them around. They make a distinct unmistakable call as they fly.

Very early this morning as I lay awake in bed, I listened to a “talkative” mockingbird and continued to be amazed at how many different bird calls that they can imitate. It’s quite a talent. These are very interesting birds and are actually quite common. Watch for their flashy white wing patches when they fly.

The bird feeding station still has plenty of action from speaking with many of you who buy your feed from me.

At the same time, many species of birds are taking advantage of finding tasty insects and larvae in the meadows and trees and thickets.

But with the bird population nearing its peak in summer, there is still plenty of demand for feed at the bird feeders.

The hummingbirds never cease to amaze us. They are so much fun to have around – both at the hummingbird feeder and also working the many flowers in our gardens. Soon our several delphinium perennials will be in full bloom. It is such a pretty sight seeing the hummers feed on their nectar.

In summary, there are so many interesting things to see and enjoy right now. You just need to slow down a bit and take time to observe and notice them.

I could give you so many examples. Hopefully we can cover some of them on some bird and garden walks now that we are approaching more relaxed social distancing regulations. Don’t forget to give me a call or a text if you have questions about the birds, at (585) 813-2676.

Hans Kunze is an avid birder and nature enthusiast who has been writing about birds and nature for more than 30 years. His column is published twice each month. Write him at 6340 LaGrange Rd Wyoming, NY 14591 or call (585) 813-2676.