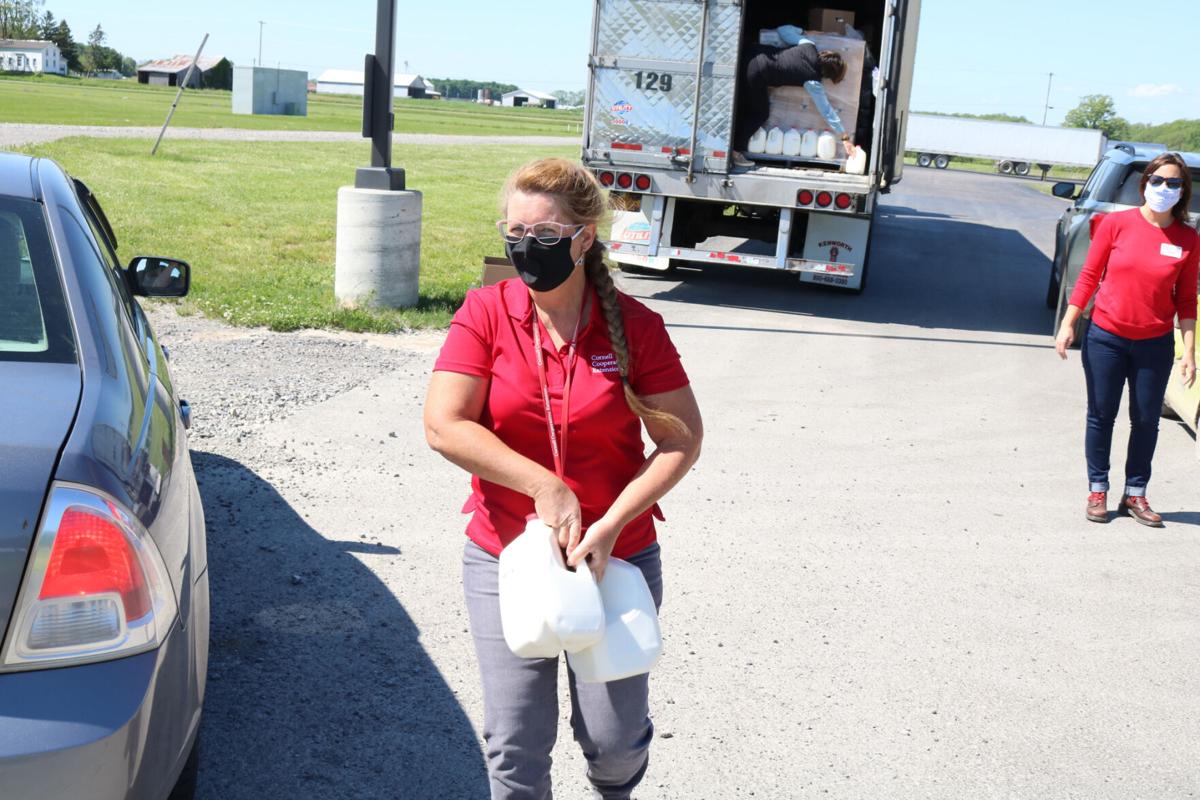 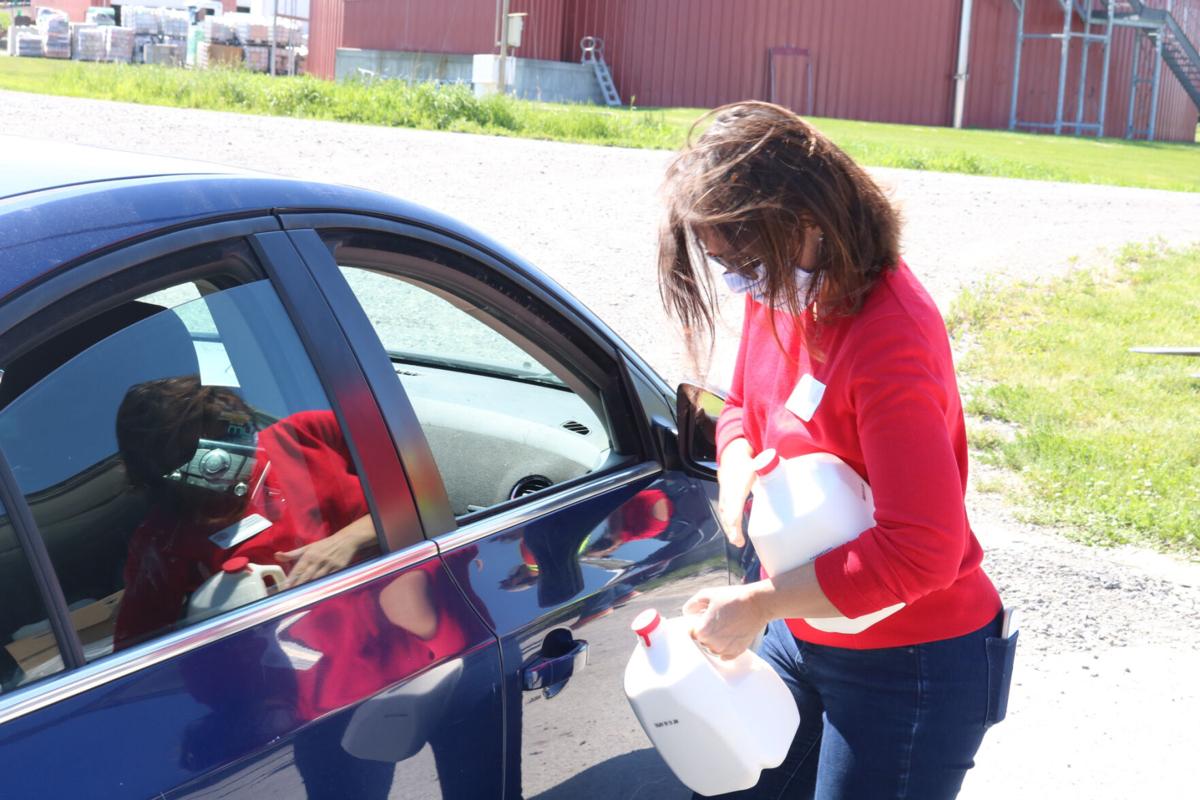 Brendan McDonough/ Livingston County News On a first come, first serve basis two thousand gallons of milk was being given out for free to families across the area at Craigs Station Creamery in York.

Brendan McDonough/ Livingston County News On a first come, first serve basis two thousand gallons of milk was being given out for free to families across the area at Craigs Station Creamery in York.

YORK — Even before the scheduled 4 p.m. distribution time people were driving up to Craigs Station Creamery, 1840 Craig Rd., Monday to get free milk.

“It helps out a lot. It is easier to do it this way than to try and battle the store of not having any,” said Margaret Lyness from York.

In honor of June 1 being “World Milk Day” the Livingston County Farm Bureau came together with Natural Upcycling, Craigs Station Creamery and Dairy Farmers of America to organize the event. With money to pay for the milk, pasteurization and other costs coming from a $50,000 grant that Natural Upcycling received from ReFed, a nonprofit food waste reduction organization.

“The grant that natural upcycling received was to repurpose milk from the farms to give back to the communities, so this an event that we organized,” said Noble.

The grant is helping Natural Upcycling, one of the businesses associated with Noblehurst Farms, distribute milk locally to food banks, food pantries and community members affected by COVID-19.

From one the farms at Craigs Creamery the milk was brought to Pittsford Farms for pasteurization. It was then brought back to a trailer to be given out, until it is gone.

“Everything is pasteurized grade A and we are looking to get nutrition in front of people. This is whole milk, this is full fat milk so this will be a lot of good fats and proteins going into the milk,” said Noble.

The milk was distributed on a first-come, first-serve basis. One of those waiting in line was Terra Kenyon from Pavillion. She said with two kids milk is something they always need in the house.

“This mean a lot. This means so much, and I am going to help out one of my friends and co workers who can not make it up here today. So it will be good for them, too,” said Kenyon.

The distribution event is believed to be the first observation of World Milk Day in Livingston County. The internationally-recognized day, established by the Food and Agriculture Organization of the United Nations, recognizes the importance of milk as a global food and the dairy industry that makes its living from milk.

Organizers said the milk not only tastes good but is packed with key nutrients that people need.

“Milk has a ton of benefits like protein and nutrition. It is also highly packed with vitamins and minerals, so it is a source for someone who is living on less than ideal nutritional needs,” said Leslie Hamilton Livingston County Farm Bureau President.

It is an event that many said not only helped to feed the hungry but the hearts of those giving out the milk.

“It makes me feel great, like I am making a difference at this time. So many people during this pandemic are really struggling with income issues and everything,” said Deanna Croteau, who was volunteering.

Organizers said more milk will be given out at Foodlink Distributions across Livingston County up until July 4 weekend.

“Across the whole state we have seen a lot of people lose their jobs and to be able to support them in their time of need, it really feels good,” said Noble.

World Milk Day has been observed on June 1 annually since 2001.

June 1 also marks the beginning of Dairy Month, which has its origins in “National Milk Month,” a grocery/milk promotion that sought to distribute extra milk during the warm months of summer. By 1939, June had become the official “dairy month” and became a chance to remind people of the health benefits that dairy product provide through essential nutrients such as calcium, potassium, vitamin D and protein.