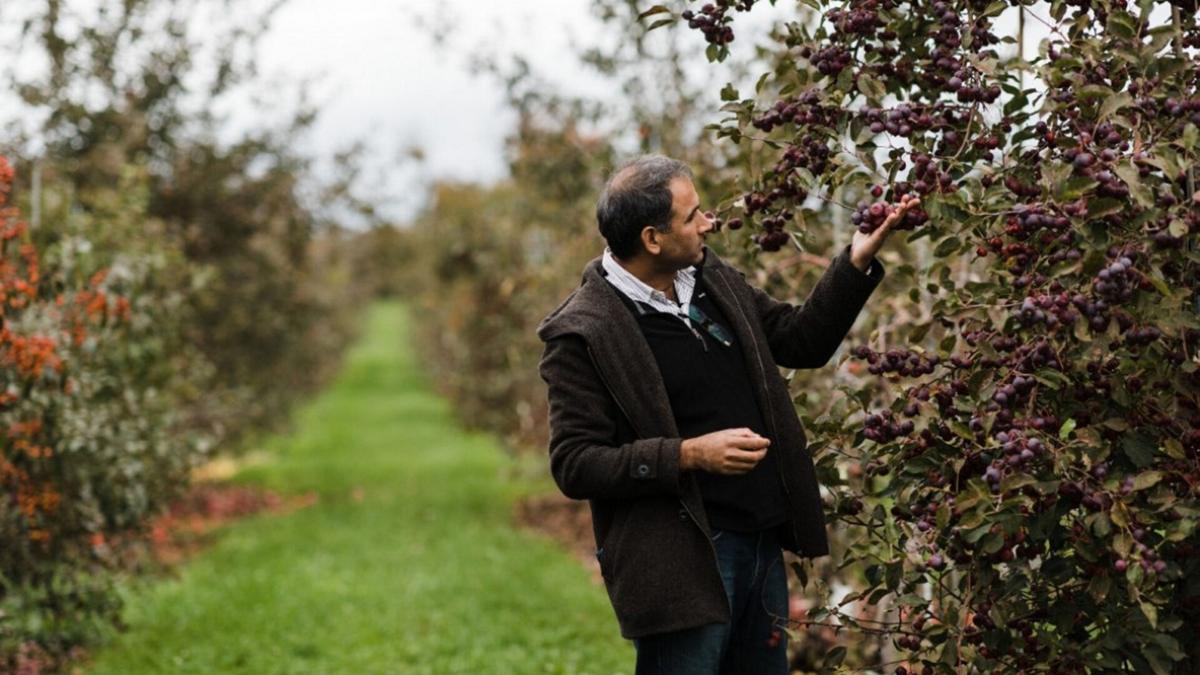 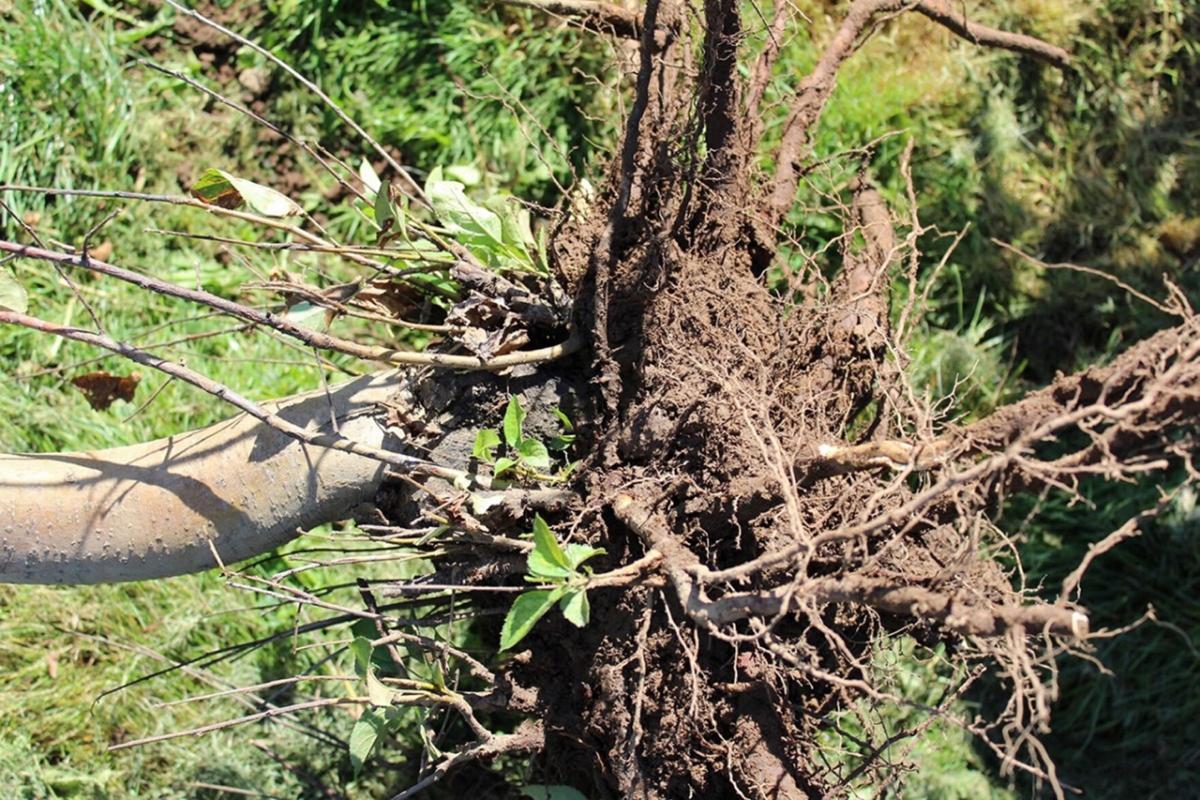 Via Cornell University A tree killed by rapid apple decline.

Via Cornell University A tree killed by rapid apple decline.

Now, two scientists from Cornell University’s College of Agriculture and Life Sciences are on a mission to track down its cause.

This effort is thanks to a recent $299,000 grant from the U.S. Department of Agriculture’s National Institute of Food and Agriculture. The three-year project, “Root Traits and Rapid Decline of Apple Trees in High-Density Orchards,” is one of the first federally funded projects to research rapid apple decline in the United States.

In Geneva, New York, two researchers at Cornell AgriTech first teamed up in 2018 to explore potential causes of RAD, such as pathogens, insects, cold weather injury and root systems’ interactions. While their findings revealed no direct above-ground causes, they noticed that a weaker root system could potentially contribute to the trees’ decline.

“So very little is known about the below-ground root system of apple rootstocks right now,” said Awais Khan, co-principal investigator and associate professor of plant pathology and plant-microbe biology. “By performing a comprehensive analysis of these systems, we are hopeful that this project will uncover the answers the apple industry has been looking for.”

He and Marc Fuchs, professor of plant pathology and plant-microbe biology, will hone in on the complex dynamics of apple root systems and explore the behavior of viruses in commercial apple orchards.

While roots are an important component of any apple orchard, knowledge of their growth and architecture is scarce due to the difficulty and cost involved with studying them. Few technologies exist to help scientists study these systems, and digging up trees in an orchard to examine their root traits is not only expensive but destructive.

Now, Khan and Fuchs will be working with commercial growers in the Hudson Valley, Capital District and Lake Ontario regions to compare physical samples of both declining and healthy trees from different orchards and soil systems.

They will also obtain trees from nurseries in New York state and beyond for analysis.

As part of his research, Khan will explore a possible connection between high-density orchard systems and RAD. By planting small nursery trees in a greenhouse with spacing that is comparable to the close spacing of these systems, Khan will replicate the way in which roots may potentially compete with each for nutrient uptake.

Fuchs will establish whether the presence of viruses in these nursery trees may weaken the root system of declining trees.

The nursery plant roots will be examined after one, two and three years and a 3D root system of each will be documented. From there, the trees will be planted and then dug up over a three-year period to assess how they have grown over time.

Khan and Fuchs will also examine a wide variety of commonly used commercial apple rootstocks to determine whether there is a connection between RAD and specific rootstocks being used by growers.

As part of the project, Fuchs will specifically analyze whether certain rootstocks are more impacted by viruses than others.

“Viruses are all over the place in orchards,” he said. “What I noticed a few years ago was that the declining trees are often affected by two viruses. But that doesn’t mean those are causal viruses. It might just mean that they are coexisting with the roots, and that it’s really the roots that are the weak link in the trees’ system.”

He suspects that when multiple viruses are present in an apple cultivar, they may work their way down to the rootstock. There, they could debilitate the vascular connection between the rootstock and the rest of the tree – further weakening the roots and limiting nutrients’ ability to travel up to the cultivar.

The most proactive way to maintain the long-term health of an orchard is to make sure cultivars are virus-free before being grafted onto apple rootstock. Fuchs said this could also be an important first step in preventing the onset of RAD, and he’s working with New York state’s Department of Agriculture and Markets to develop a virus-free certification program for apple tree nurseries.

“This project is an opportunity for CALS to stand out as a leader in helping the industry overcome a challenging problem,” Fuchs said. “Ultimately, we want to help growers make good decisions about using cultivars that do not have viruses present on the right rootstock and in the right site.”

Erin Rodger is the senior manager of marketing and communications for Cornell AgriTech.