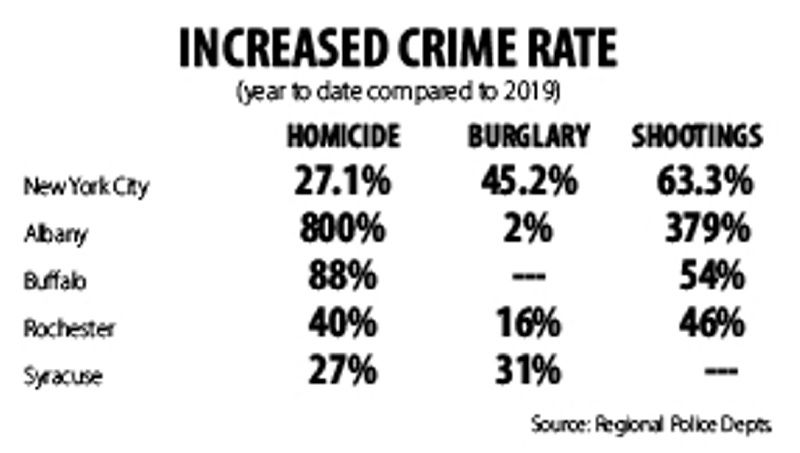 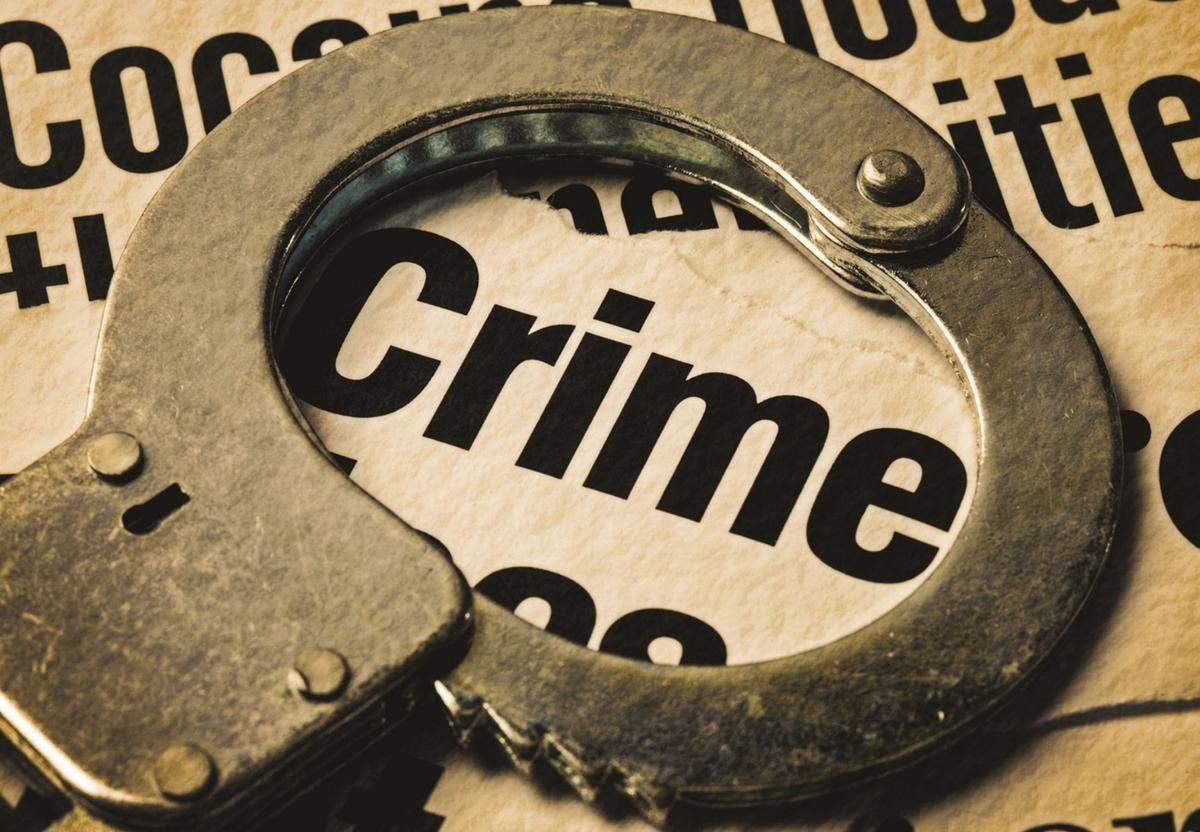 “Sadly, we have approached the moment in time we warned against when calls for disastrous bail reforms first started. Pro-criminal directives and an erosion of law and order have made our communities more dangerous,” Barclay said. “In one week, there were 101 shooting victims in New York City. In Syracuse, a man was charged with attempted murder for shooting at another man and an 11-month-old child outside a store. In a matter of 72 hours, 13 people were shot and another was stabbed in Rochester. The list is long; the list is horrifying. The pendulum has swung too far to the side of the criminals and innocent victims are paying the price. We cannot continue along this path.”

“Folks with the guns are becoming more brazen,” Albany County Sheriff Craig Apple said, adding 48 deputies are sent to assist Albany city police each day because of the surge of violence. “I’m hearing people fearing coming out on their porch out of fear of being hit with a stray bullet or being robbed. Our residents deserve better. I’ll be hellbent that they’re going to get better.”

The sheriff supports the state’s bail reform and Raise the Age laws, but said they must be amended with input from police and district attorneys. Effects of the legislation compounded with the COVID-19 pandemic created “a perfect storm” for increased criminal activity, Apple said.

“I would love to erase 2020 completely from the history books,” he said. “We need to get back in targeting the nuisance crimes, the low-level, the quality-of-life crimes. When you start to let this stuff grow, it just bushels.”

Bail reform and Raise the Age legislation compromise public safety and undermine the ability of law enforcement agencies to do their jobs as violent incidents increase, said Patrick Phelan, the state Association of Chiefs of Police president and police chief in the town of Greece, in Monroe County.

“New York state is taking away my ability to keep people safe,” he said.

“Something our conference has stood for from the beginning: Victims, victims, victims ... There are victims on the other end of this statistic,” said Assemblyman Joe Giglio, R-148. “When people in law enforcement start hesitating to do their duty, people will get hurt.”

“We have to take the race card off the table,” Giardino said. “There has to be some education without calling someone a racist so people can speak freely.

“When police officers tell you stay where you are, put your hands up ... I don’t care what color you are, drop what you have in your hands and comply with the police and that will prevent it from escalating these situations that are, in my opinion, very rare.”

Rape, grand and petty larceny, robbery, felony and misdemeanor assaults significantly declined statewide compared to last year’s figures. Apple attributed the drop to the COVID-19 pandemic, saying theft wouldn’t be down if businesses had not been closed for months.

“It’s not because of great reforms,” Apple said. “We’ve only had a couple stores open, otherwise, petty larceny would be through the roof.”

Police and officials railed against the state’s bail reform Friday, saying defendants often commit multiple crimes after their immediate arrest-and-release before arraignment by a judge. The law was rolled back in April to return more than a dozen misdemeanor and felony crimes to the list of those subject to a cash bail order, which allows a judge to keep a defendant in jail while awaiting trial unless they pay a certain amount in cash or bond.

Law enforcement from across the state who participated in Friday’s event are open to improving protocols and want to be part of the state’s discussion, but criticized Gov. Andrew Cuomo’s overuse of power in forcing agencies to make changes.

Cuomo issued an executive order naming the New York State Police Reform and Reinvention Collaborative last month requiring each of the state’s 500-plus police agencies to publicly meet with people in their communities and redesign policing strategies by April 1, 2021, or forgo state funding. The governor issued the June 12 order after signing 10 police reform bills into law, including publicizing law enforcement personnel records with the repeal of 50-a.

“Although we don’t like the way it was issued — it didn’t follow the normal legislative process — we’re not standing against that,” Murphy said of the collaborative mandate. “We’re not saying we don’t want to work with the state to make ourself better. We want to be part of the solution. We want to sit down with our political leaders and also our citizens within our respective counties and see how we can do our jobs better.”