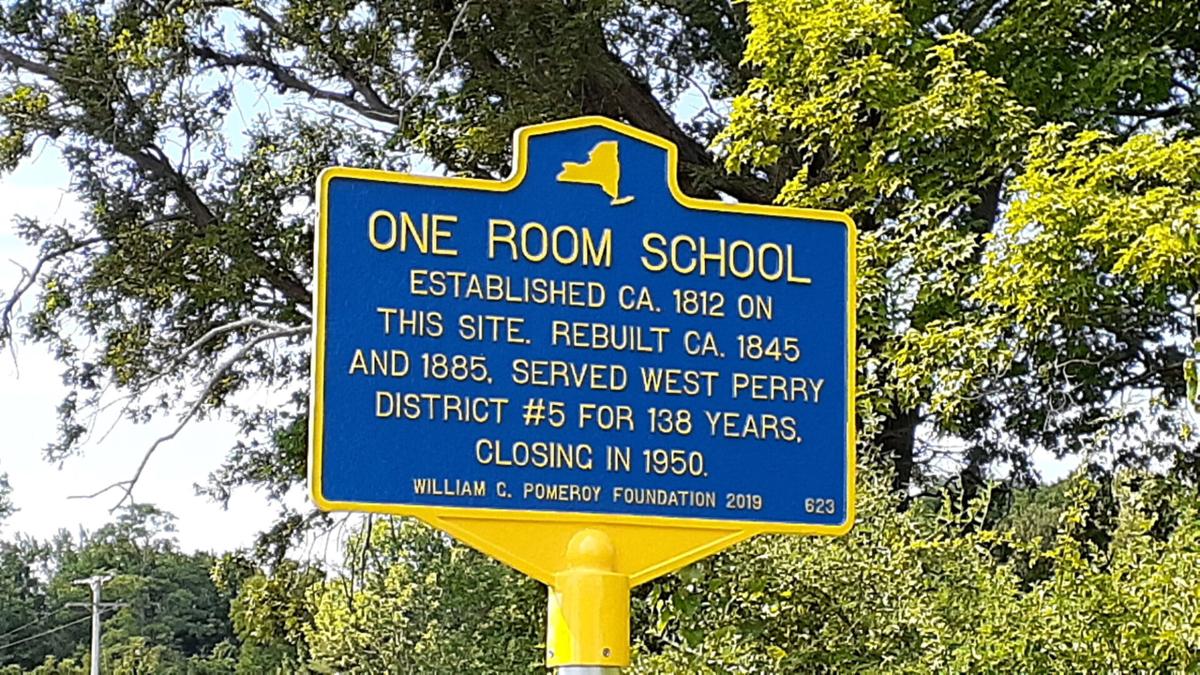 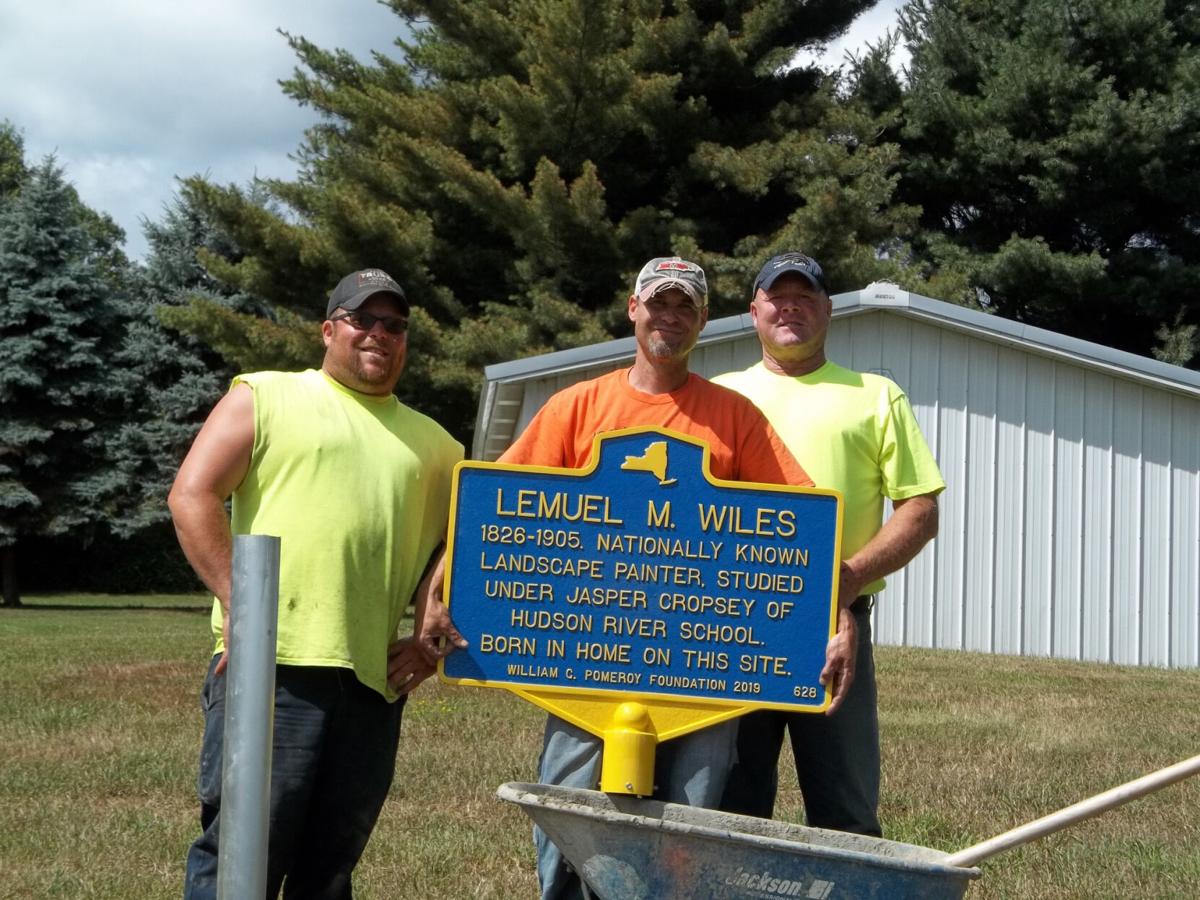 PERRY — Two historically significant sites in the town of Perry have now been officially recognized by the recent placement of state markers.

Both sites are located on Suckerbrook Road, about 1.5 miles west of the village. Although the markers were originally delivered in the late autumn of 2019, installation was delayed, first by adverse winter weather and then the COVID-19 outbreak.

The markers were made possible by grants from the William G. Pomeroy Foundation. Due to continuing COVID concerns, no dedication ceremonies are being planned.

One marker designates the site of the first school in the town of Perry, located midway between the intersections of Bacon and Soper roads on the west side of Suckerbrook Road.

The original log school was erected during the winter of 1812-13. A similar structure was also constructed during this same period near the intersections of Gardeau and Water streets in what would become the village of Perry.

The West Perry School, however, was said to have opened first. Miss Ann Cutting of Warsaw was the teacher.

The log school housed students for many semesters before being replaced by a frame structure about 1840. That building was then extensively refurbished during the summer of 1885.

The school closed at the end of the 1949-50 school year due to centralization, ending its 138-year tenure.

A complete history of District No. 5 at West Perry, referred to as, “… one of the most important of the early schools, both as to scholarship and numbers,” was published in the July 2018 issue of Historical Wyoming.

The article details nearly 50 of the district’s former teachers. Copies are available at the Wyoming County Historian’s Office, 26 Linwood Ave. in Warsaw or by calling (585) 786-8818.

The site is located about a half-mile south of the former school at what is now 3412 Suckerbrook Rd. Only a much-later-vintage garage currently stands immediately adjacent to what was the Wiles homestead.

The house was demolished in June 2009. A woman who grew up in the house during the 1940s and 50s, recalls a mural, undoubtedly a creation of Lemuel, covering an upstairs bedroom wall.

Due to his stature, Wiles was unsuited for labor on his father Daniel’s West Perry farm. Therefore, early in life, he attended the Genesee Wesleyan Seminary in Lima, Livingston County, followed by the New York State Normal School in Albany.

His teaching career included the school at Smokey Hollow — now part of Letchworth State Park — and Strykersville, among other places. He founded his own “Select School for Boys,” in Buffalo and taught art in the Utica school system while also “having charge” of the Utica Library.

Always focusing on his true passion in life, Wiles himself studied art under the Hudson River School greats Francis Cropsey and William Hart. He opened his own studio in New York City during the mid-1860s.

Some years later, he was named director of the art school at Ingham University in Le Roy. He traveled extensively, painting scenes on the West Coast and Europe.

Wiles established a school of art at the University of Nashville, Tenn. in 1890. He founded his own Summer Art School on the west shore of Silver Lake that same year.

The sessions at Silver Lake lasted 17 years until curtailed by Wiles’ failing health. He died in 1905. The three-story school building itself was destroyed by fire in 1926.

Wiles would have attended the District No. 5 School at West Perry. Research has revealed that, in fact, his first art show was held on the school grounds.

Wiles displayed his works during recess behind a horse blanket on the rail fence that then enclosed the schoolyard. He charged two pins for admittance — apparently the going rate for local art shows of the period.

Gate traffic was brisk until the teacher discovered several of her female students were having difficulty keeping their dresses in place due to their appreciation of art. The show ended and gate receipts had to be refunded.

Late in life, in a letter from his home in New York City, Wiles voiced his love and longing for the familiar scenes of West Perry.

In December 1901 he wrote, “The New Year has come and gone, and yet alive I am, hoping and wishing, that once again I may hear the ‘bleating of the lamb’ amid the green fields of Silver Lake.”

Wiles’ stepbrother, David Stowell, would eventually come to own the farm next door at 3376 Suckerbrook Rd., along with the former Wiles property.

Dr. Stowell donated the funds to construct the Stowell-Wiles Gallery addition to the Perry Public Library and provided several of Wiles’ works for exhibition.