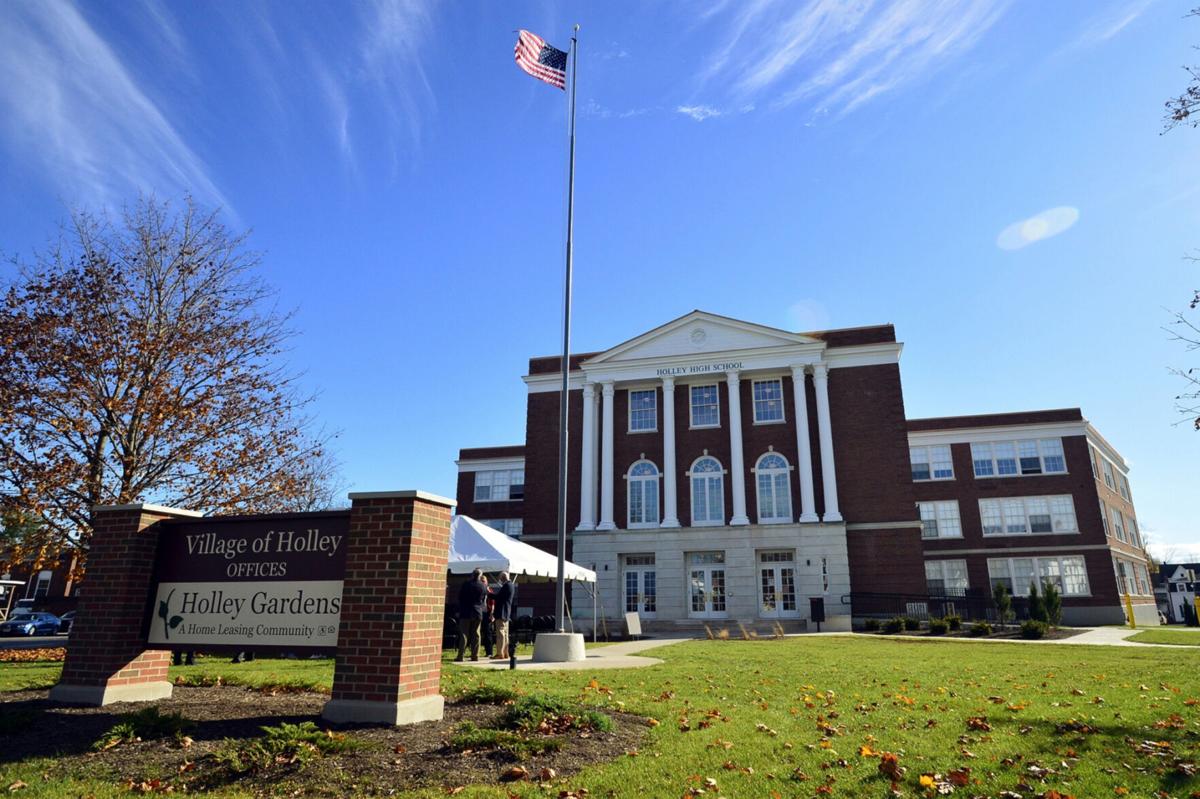 Mark Gutman/Daily NewsHolley Gardens celebrated its open in November 2020 The former Holley High School has hosted the village offices after they moved there earlier in 2020. 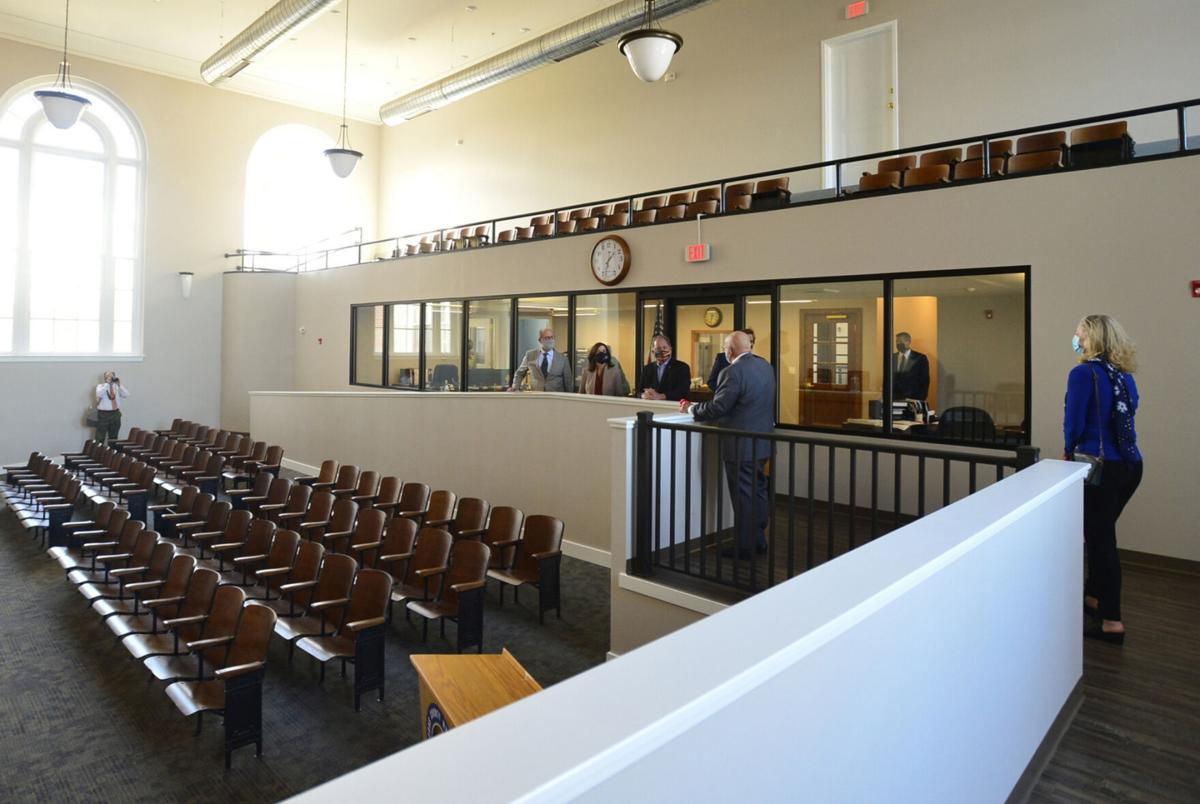 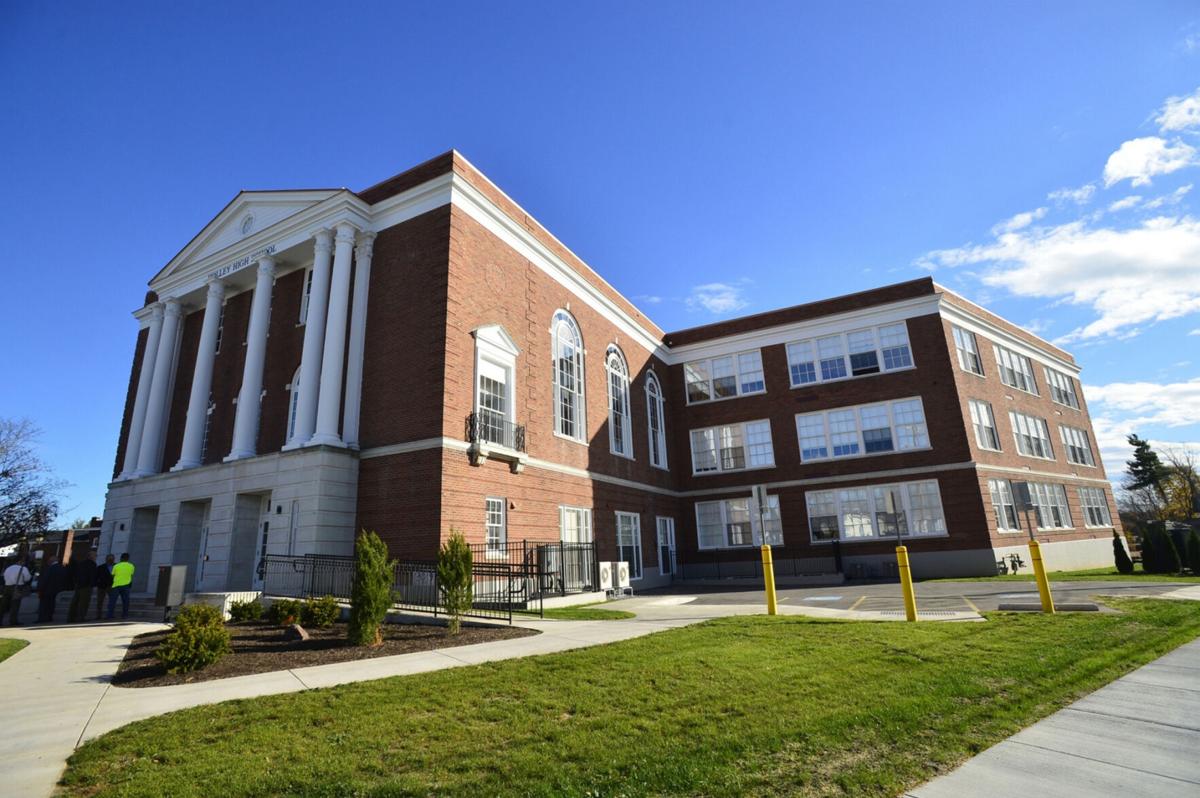 Mark Gutman/Daily NewsHolley Gardens celebrated its open in November 2020 The former Holley High School has hosted the village offices after they moved there earlier in 2020.

HOLLEY — Once on Landmark Society of Western New York’s “Five to Revive,” now the old Holley High School, now known as Holley Gardens, has been named in the 2020 State Historic Preservation Awards.

Receiving the Excellence in Historic Building Rehabilitation award, Holley Gardens is one of the 11 projects named in this year’s award recipients. Created in 1980, the State Historic Preservation Awards are awarded by the Office of Parks, Recreation and Historic Preservation each year to honor excellence in the protection and revitalization of historic and cultural resources.

Built in 1930, the old Holley High School had thousands of students go through its doors until 1975, when it closed down.

Holley Gardens has 41 apartments - one studio, 35 one-bedroom and five two-bedroom - with the village offices in the same building.