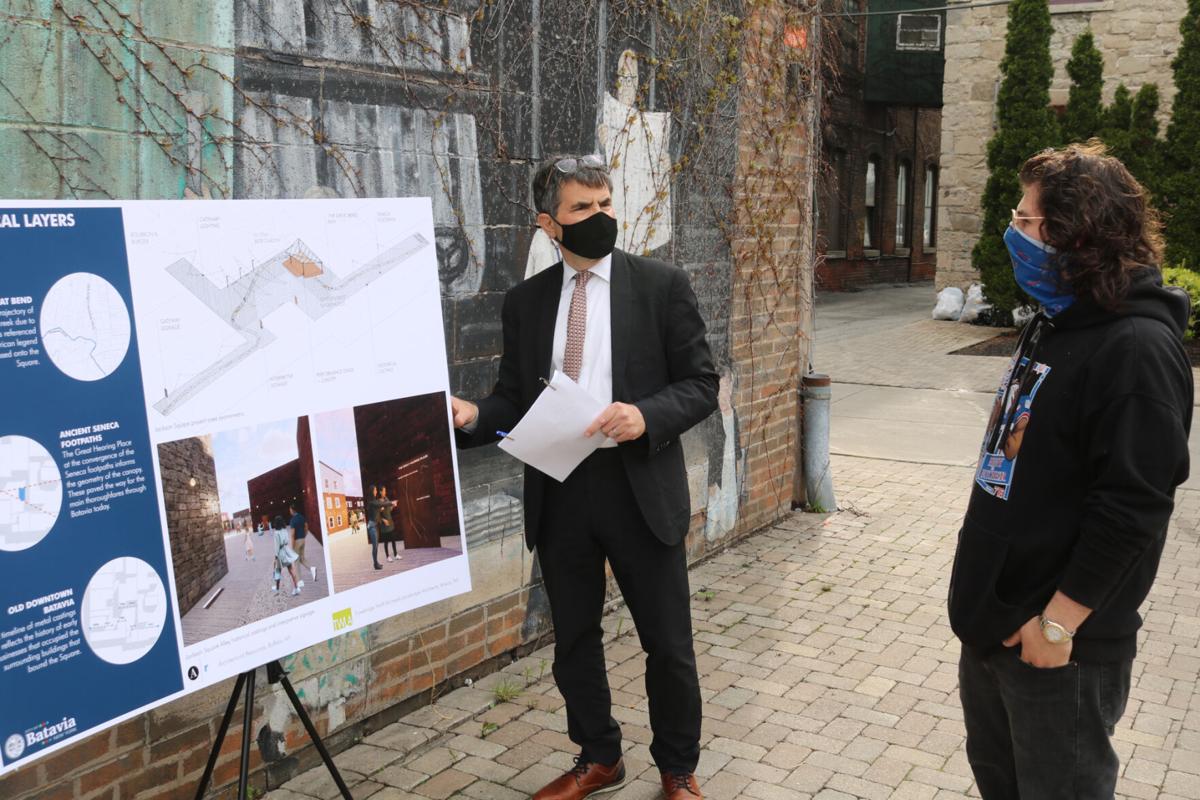 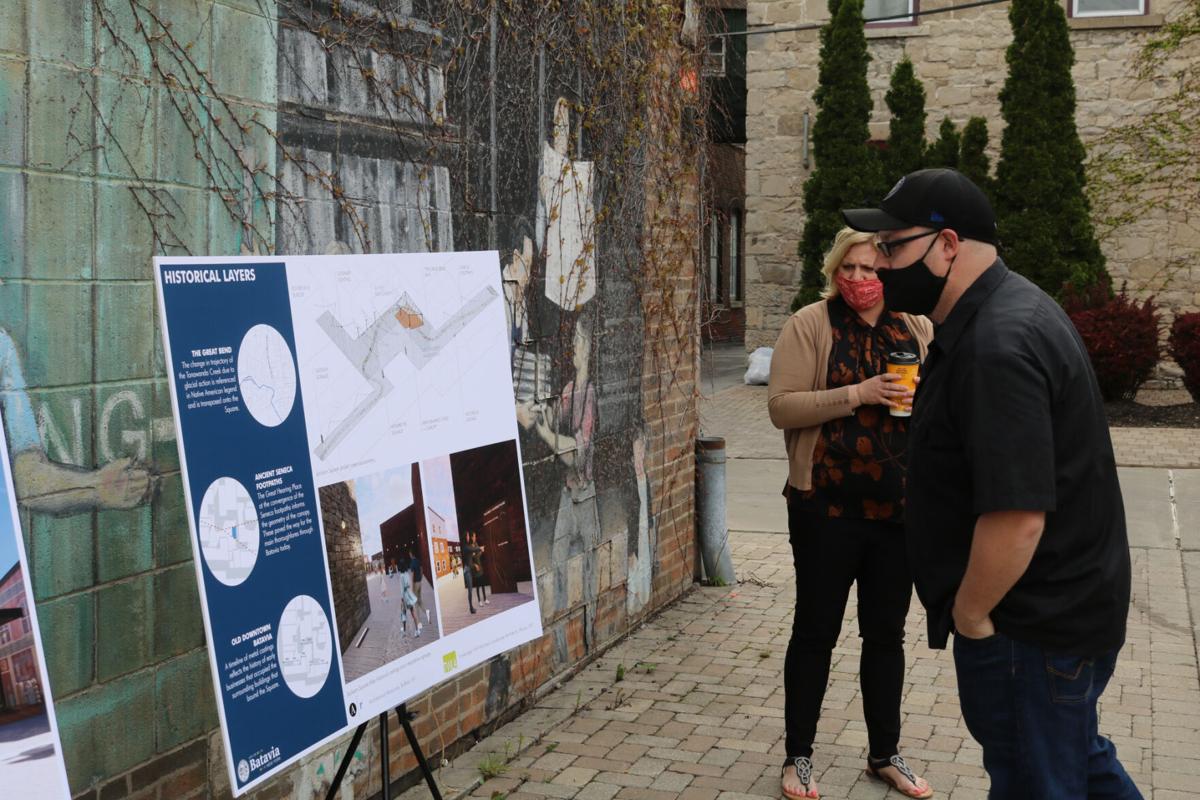 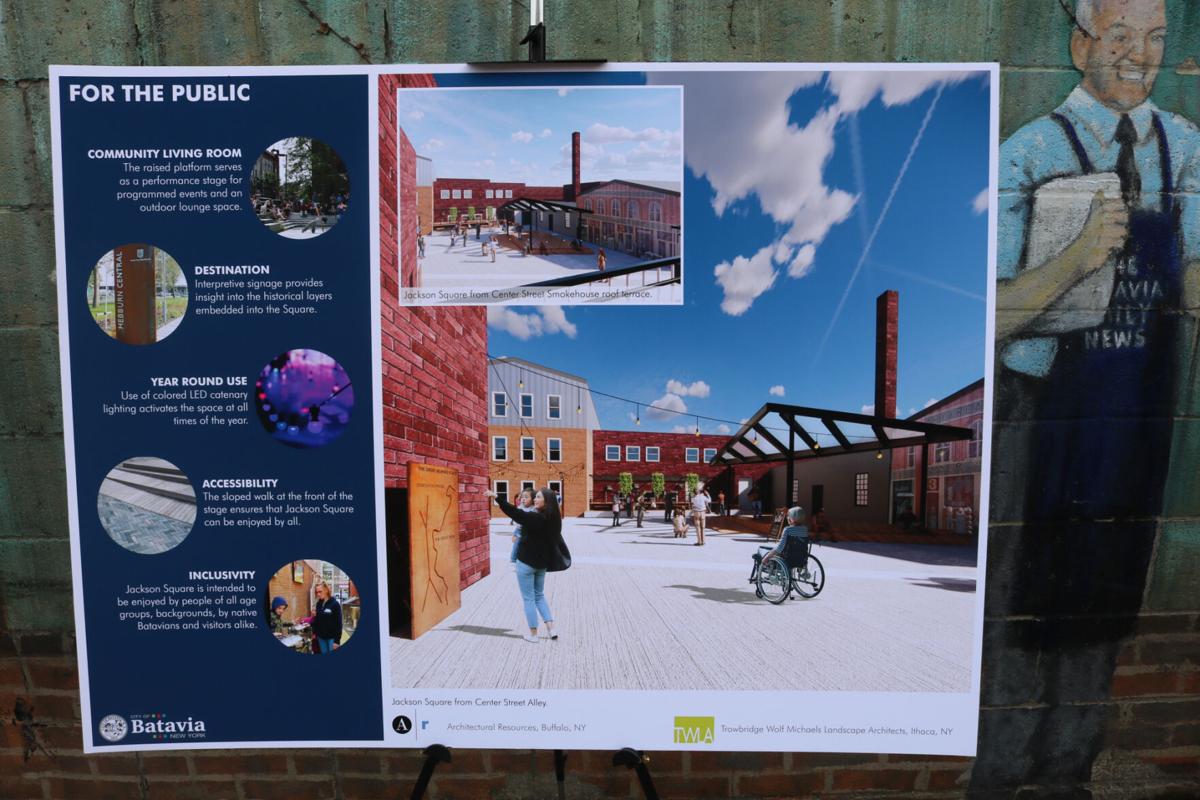 BATAVIA — Project officials updated the public on the progress of plans to enhance Jackson Square in a Downtown Revitalization Initiative (DRI) project that is expected to be ready for construction in the fall.

Enhancing Jackson Square was one of the eight projects chosen to receive a strategic investment grant of $750,000 to transform public space

in a public plaza.

Jackson Square, in downtown Batavia, will be transformed with decorative pavement upgrades, a multi-level deck/stage, and seating, lighting, and

decorative signage. Architectural Resources of Buffalo is the firm designing the project.

The upgraded public plaza is expected to become a hub and common space for community interaction, and provide connections to multiple businesses through its alleyway node configuration.

Architectural Resources’ Justina Dziama, project designer, said the goals of the Jackson Square project are to increase the functionality of the square for current and future uses, enhancing the signage and wayfinding to draw people into the square, and create and engaging public space that promotes arts and culture.

The project budget right now is about $750,000, the same amount as the DRI funding awarded it. The city is looking to apply to National Grid for $150,000 to $200,000 in Urban Corridor grant money to further enhance the square.