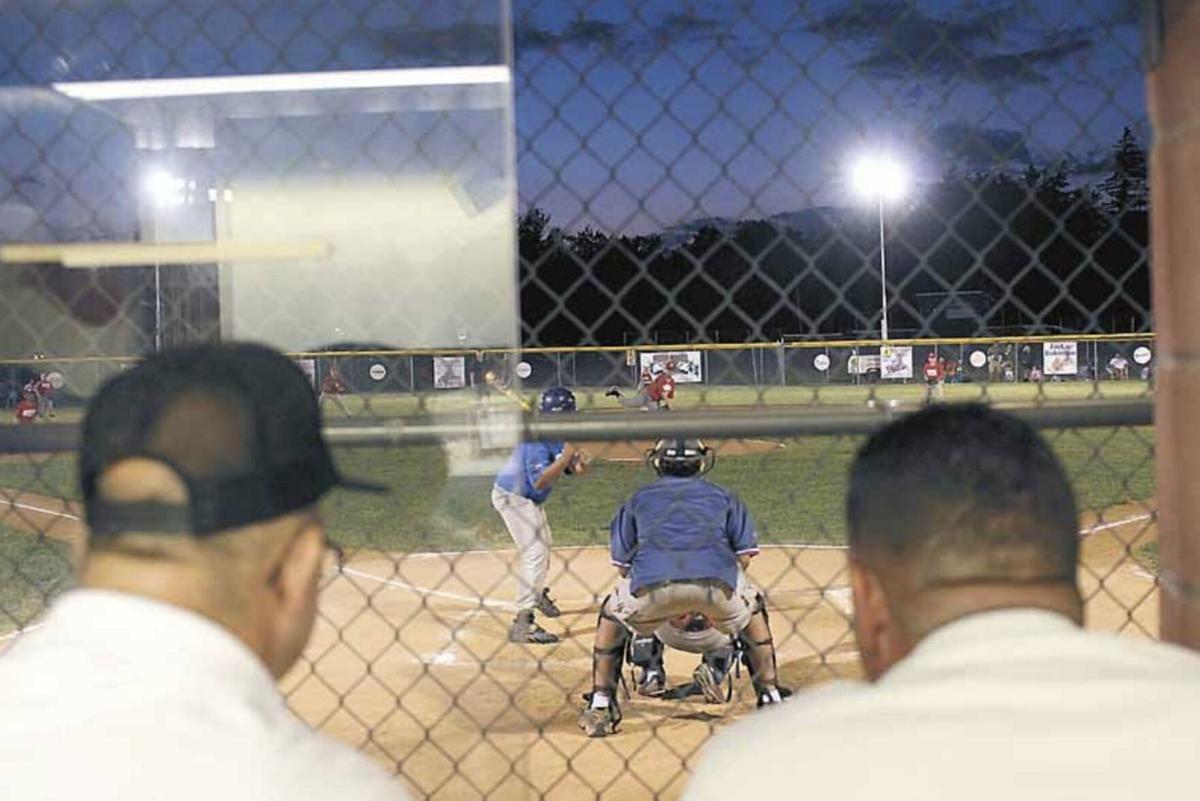 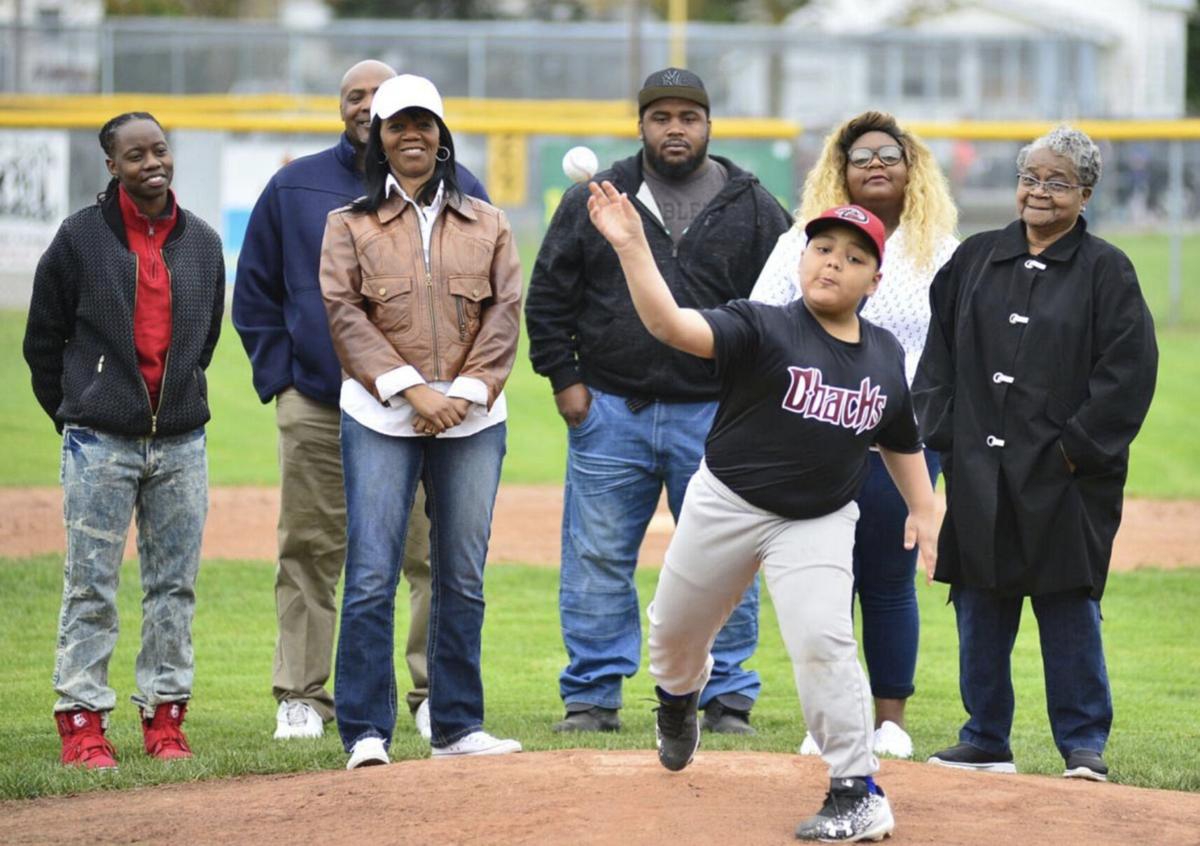 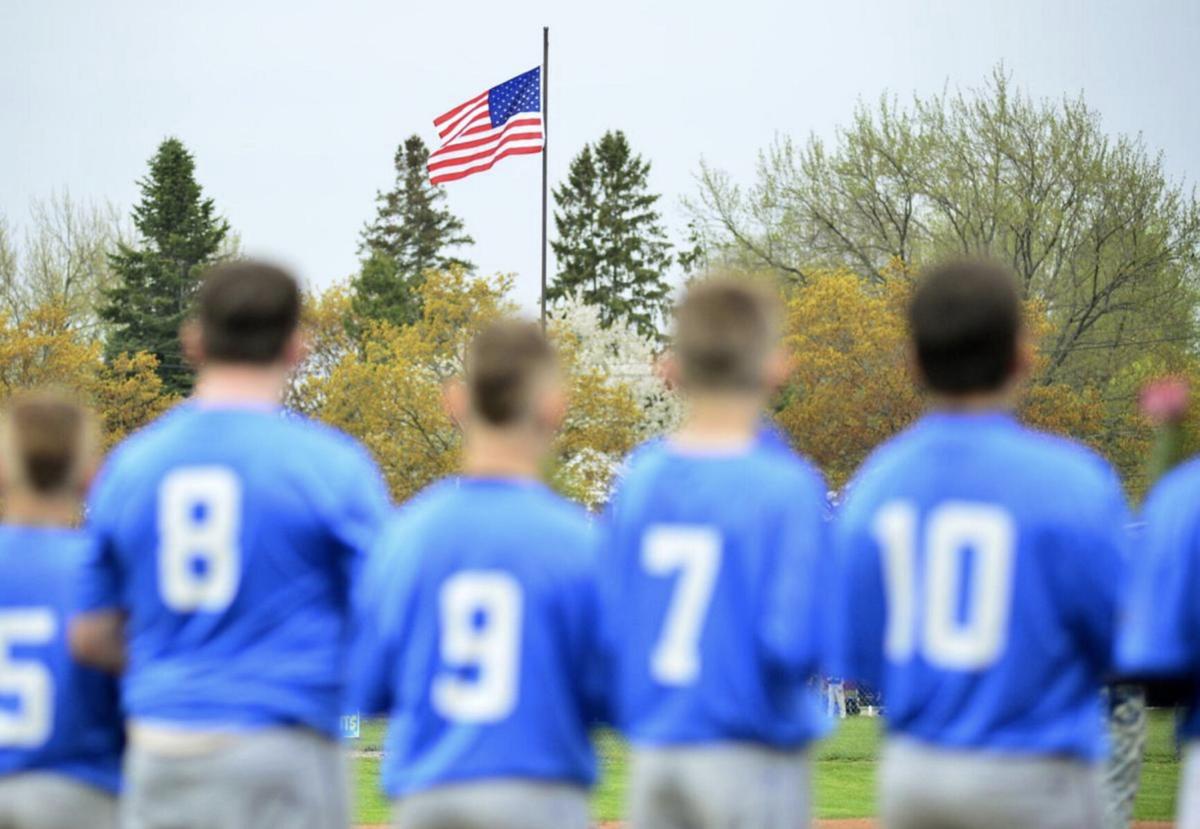 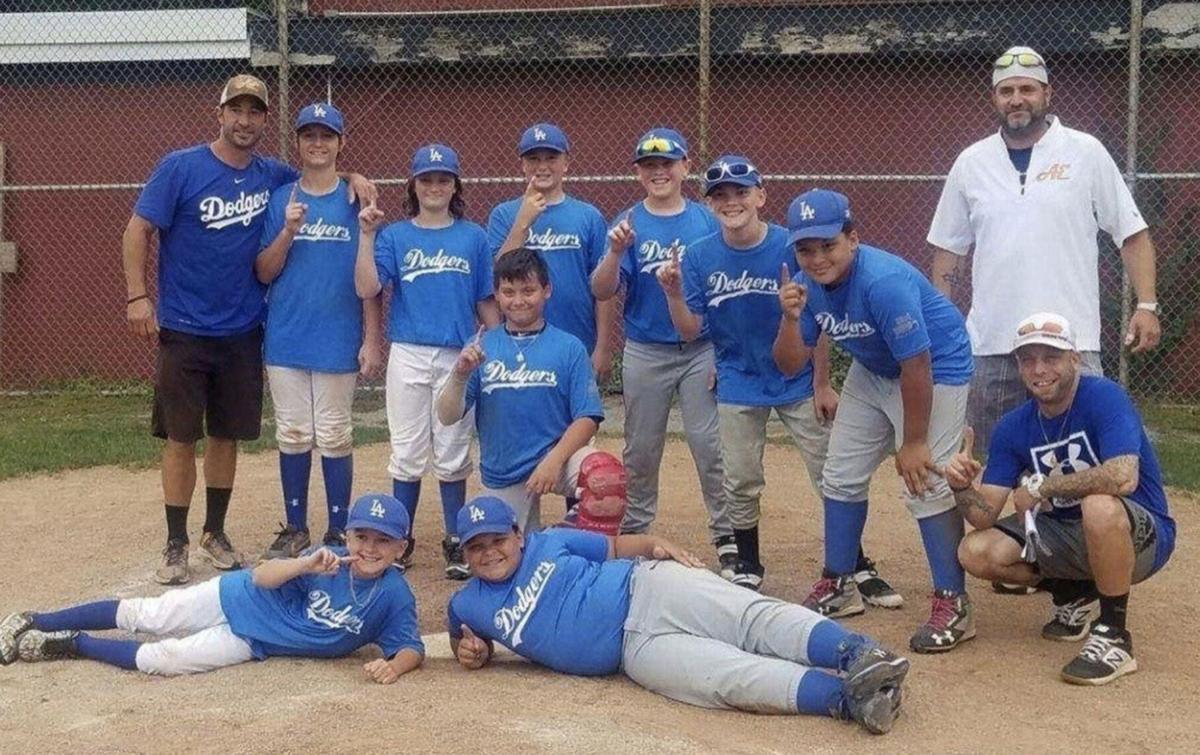 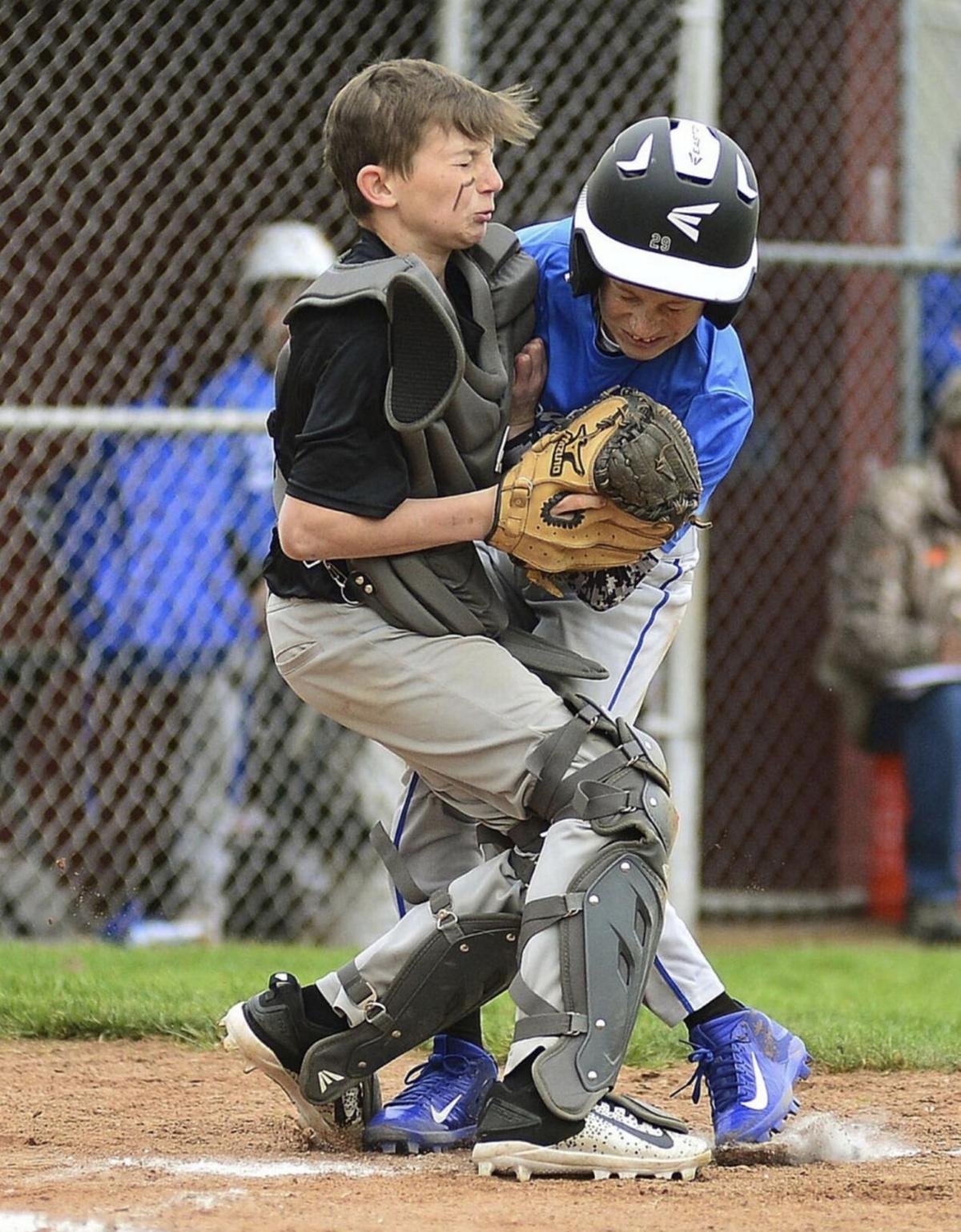 BATAVIA — The longstanding tradition of Little League and Minor League baseball in Batavia, which dates back to the 1950s, is no more.

The Batavia Little League Board of Directors has officially announced that it’s made what it termed as the difficult decision to break away from Little League, which is based in Williamsport, PA, in favor of joining the Cal Ripken 12U GLOW Academy baseball league based in the Genesee, Livingston, Orleans and Wyoming region.

Batavia Minor League will also cease to exist as Batavians have known it for the past many decades.

The move will allow youth baseball players from Batavia an extended season and a greater opportunity to satisfy their craving for summer baseball, says BLL President Sam Antinore.

“The Board decided that the best course of action for the development of our local youth baseball players was to join the growing Cal Ripken 12U GLOW Academy league,” said Antinore. “This year, the league will feature 17 teams from across Genesee, Livingston, Orleans, and Wyoming counties. This move gives the kids a wonderful opportunity to play more teams, travel a bit throughout the region to different fields, and hopefully enhance their overall experience.”

The BLL Board says that a few factors weighed heavily into its decision to change course, including the added restrictions placed on its organization due to several rule changes that came down from Williamsport. According to Antinore, district reshuffling, restrictions on district borders and an abbreviated window in which LL provided organizations to complete the regular season all factored into the move.

“By making this decision, the Williamsport restrictions on borders, number of games, and the window the season must be played in have disappeared,” added Antinore. “This will give our kids more games, a longer season, and the ability to play games against teams from the surrounding areas, which should enhance their experience.”

Dwindling numbers within the Batavia player pool was another significant reason for the decision.

In Minor League, there were just five teams last season.

While many are sure to be disappointed due to the longstanding tradition of Batavia Little League and Minor League baseball reaching its conclusion, Antinore says the culture and memories built over many years at Ernie Parks Field and Paul Sputore Field at McArthur Park will be preserved.

“This is a true example of respecting the past and what Batavia Little League has done for this community and creating a better future for our young athletes by adjusting to the new times,” he said. “A larger league, and a much wider geographic range, covering four counties and 17 teams.”

The Batavia player pool will field five of the 17 teams in the GLOW Academy’s Cal Ripken 12U league.

The adjustment at the 12U level is a small part of a significant overhaul of summer youth baseball in Batavia, which includes a transformation of former Junior, Senior, Minor, Prep, and T-ball leagues as Batavia residents have come to know them.

Batavia Youth Baseball, whose president is Dan Utter, former President of Batavia Minor League, will now incorporate leagues from ages four to 18 under one cohesive structure.

All leagues will be administered by BYB under the umbrella of GLOW Academy baseball, run by Executive Director Ryan Raftery. All seasons have begun except for 15U and 18U leagues which will wait until the high school season has run its course to begin play.

“Dan Utter has done a fantastic job bringing the community together and building strong relationships with all invested parties,” said Raftery.

With BYB’s new organization, instruction will begin for four-to-six-year-olds with a T-ball division.

In the T-Ball division, players will be introduced to the game of baseball and work on various aspects of the game, including fielding, throwing and hitting over the course of an eight-week program. Games will be played at Louie Smith Field at McArthur Park on the corner of Denio St. and State St. in Batavia.

The next level of play will be a seven-to-eight-year-old division that features a coach-pitch/machine-pitch style of play. Players in this division will continue to hone their skills in a modified game setting using a mechanical pitching machine. The seven-to-eight-year-old division features a 14-16 game schedule from May until early July to be played at McArthur Park at the field closest to the tennis courts.

Next up is the 10U Cal Ripken division, which elevates athletes to a player-pitch program. In this division, players will participate in a 20-game schedule, 12 of those being within the structure of the GLOW Academy, and the other eight being limited to those who advance to a tryout-based 10U All-Star team which will participate in the GLOW Academy District Tournament in late June. Games will take place on Paul Sputore Field, the former Minor League field, as well as Ernie Parks Field - both of which are located at McArthur Park.

Perhaps the most significant change coming to summer ball in Batavia will be the adjustment at the 12U level, which will be played on a larger field than BLL has been played on for years.

This season, Ernie Parks Field at McArthur Park in Batavia has been revamped to fit the new 50/70 style that will be played at 12U level. It has been refitted as a dual-purpose field, allowing for 40/60 play as well.

Traditional Little League baseball is played on a 40/60 field. Games at the 12U level will also take place on Genesee Community College’s 50/70 field located on Assemblyman R Stephen Hawley Dr. in Batavia.

“This is an exciting adventure for us,” said Dan Utter, Batavia Youth Baseball President. “We developed the 12U program (within the GLOW Academy separate of BLL) in 2019 when we had one team, in 2020 we had two teams and in this season we are proud to say we have five 12U teams.”

Batavia Youth Baseball will also oversee a 15U and 18U division, which in Batavia was formerly known as Junior and Senior League. Games will be played at Williams Park on Pearl St in Batavia.

The 15U-18U division will host a house league and assemble tryout-based travel squads - the prerequisite for the travel teams being that you must also participate in the regular house league season. All tryout teams will be branded as the Batavia Clippers, and tryouts will take place each fall.

“This allows us to continue to grow our house league programs to provide local games and allow for players looking for additional baseball to play within a community structure versus having to find teams from outside the area to play on in Buffalo and Rochester,” added Utter. “This is a very unique opportunity for players in our program because it gives them an opportunity to play travel ball without taking away from their abilities to play at the house league level.”

The structure will also make things less stressful on players and parents, says Utter, who in the past have been forced to juggle schedules with out-of-town travel teams along with their house league schedule.

“With everything being run through one organization, scheduling conflicts no longer exist,” said Utter. “Players don’t have to make the sometimes painful decision to either play in their house league games and miss travel or vice versa.”

All in all, Utter sees youth baseball in Batavia as moving in a positive direction.

“We’re very excited for this opportunity to showcase our community and all that it has to offer,” said Utter. “We’ll play host to 12 teams from across New York State on July 4th weekend.”

Any business interested in sponsoring the 10U state tourney can reach out to Dan Utter at BataviaMinorLeague@gmail.com.

“Batavia Little League and Minor League have both been a huge part of youth baseball in Batavia, and I don’t want to forget what those organizations have done,” said Utter. “But at the same time, this new adventure opportunity is about looking forward to the new opportunities Batavia Youth Baseball is providing.”