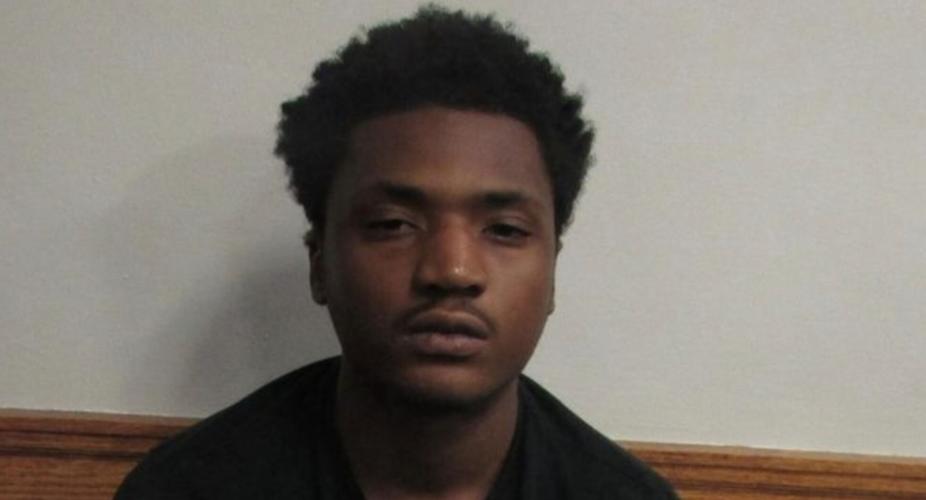 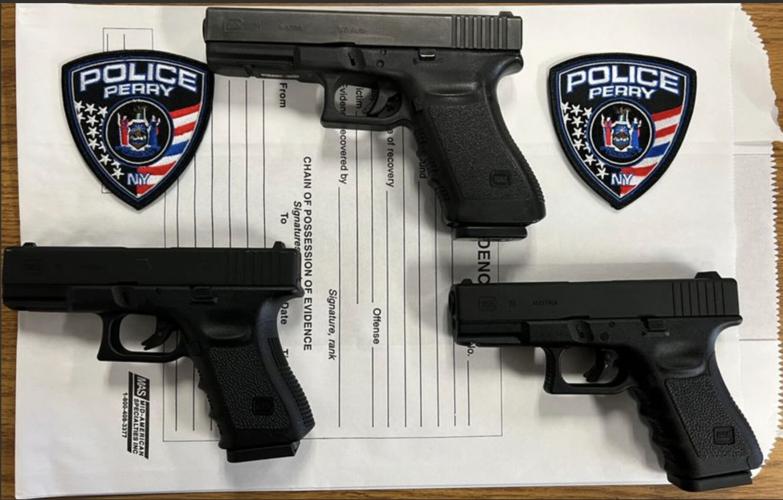 Two of these guns are fake. Perry police seized them after an investigation into the shooting of windows at a house earlier this month.

Two of these guns are fake. Perry police seized them after an investigation into the shooting of windows at a house earlier this month.

PERRY — A Rochester man involved in a violent domestic dispute Friday was also responsible for firing a BB gun into several windows of a house in the village earlier this month, village police said.

Officer Austin Harding was sent to a residence for a report of a man firing a gun into a house. Harding was able to determine that the gun was a BB gun and that several windows had been hit.

The homeowner was not available so an investigation continued.

Then, on Friday, reports came in that “multiple individuals had been assaulted, with young children and a new baby in the residence,” police said.

Officers arrived and found that Justice C. Green, 19, had become angry because his 4-week-old child was “tempermental.”

That started an argument with the child’s mother and Green began hitting her and in the process struck the child, who was not injured. A family member intervened and Green assaulted that person, police said, punching him multiple times in the face and head.

Green fled but was quickly found at a friend’s house and taken into custody.

The victims were treated at the scene and the man was taken by ambulance to Strong Memorial Hospital.

Green was charged with second-degree assault, criminal mischief for preventing the mother from calling for help, harassment and two counts of endangering the welfare of a child.

Green was arraigned in Village Court and committed to Wyoming County Jail with bail set at $20,000.

The next day it was determined that Green was responsible for firing the BB gun, which led to the seizure of two Airsoft guns which were identical to a real handgun.

Police said guns such as those seized are illegal in New York as they have the same markings as Glock.