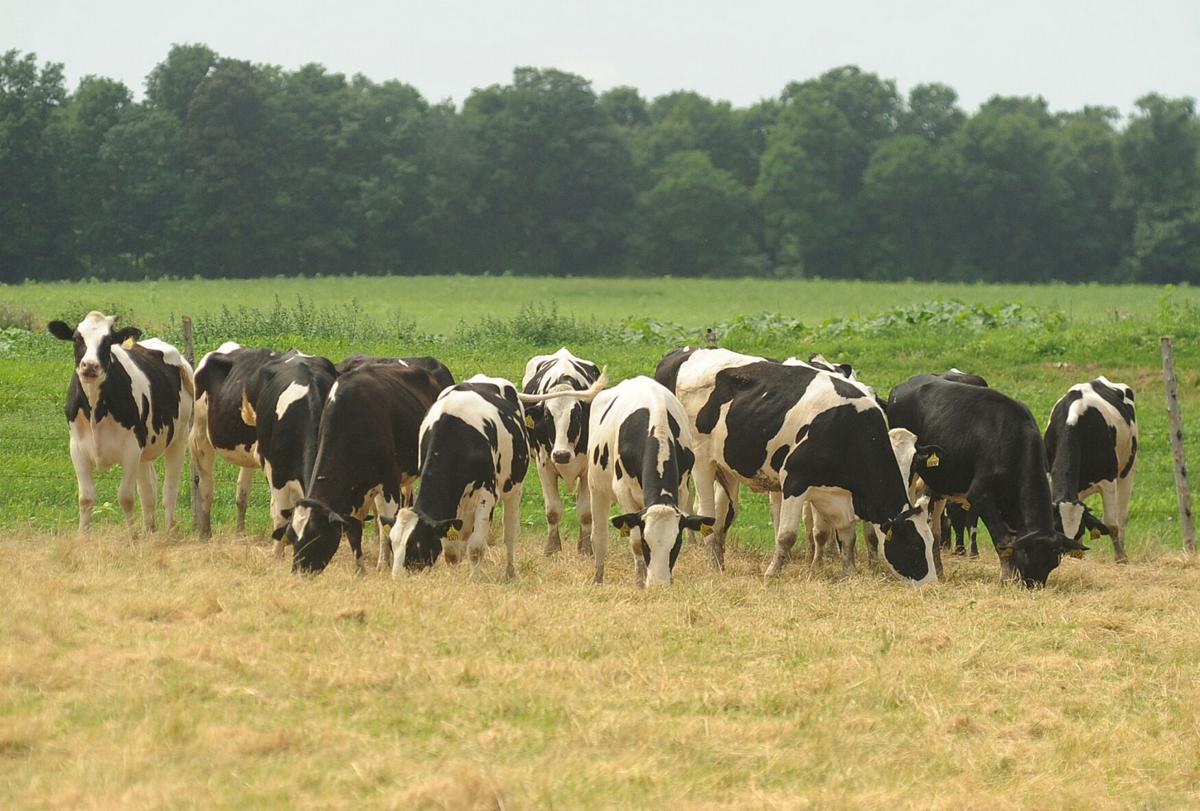 MARK GUTMAN/DAILY NEWSA row of cows eats in a field eating on Route 98 at Offhaus Farms in Batavia. 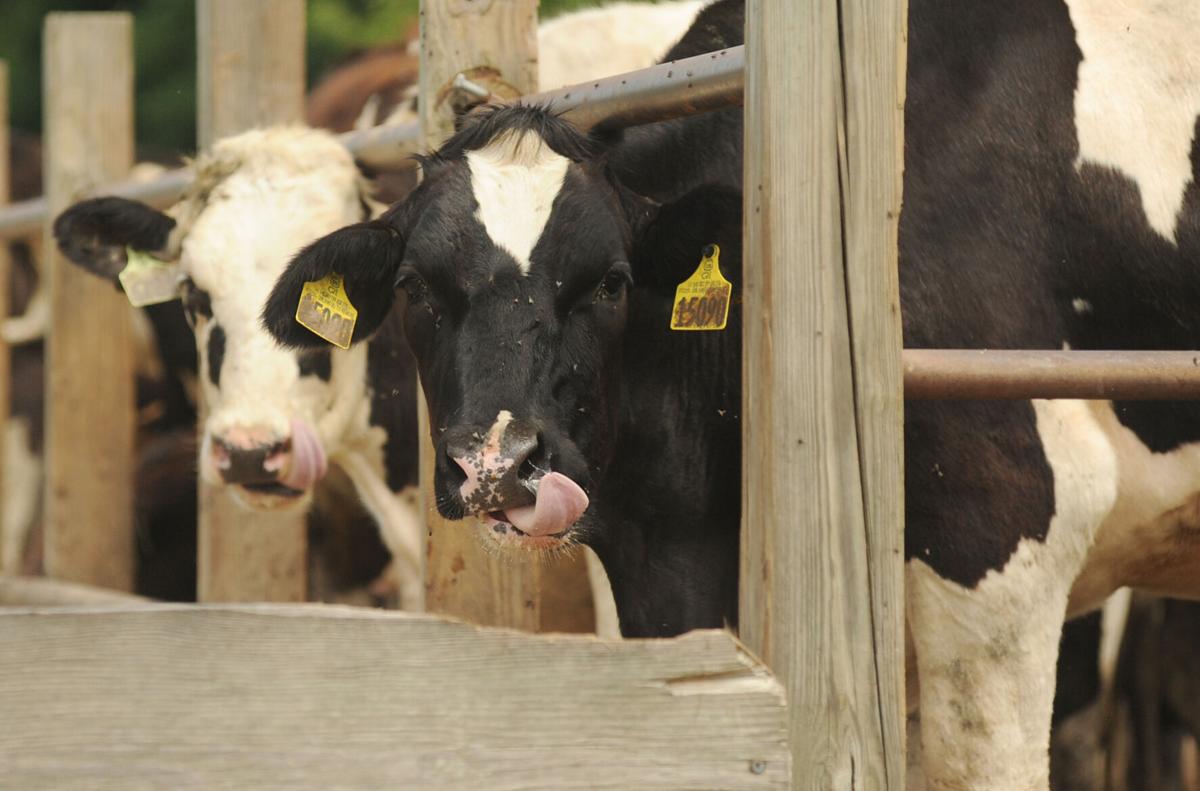 MARK GUTMAN/DAILY NEWSA row of cows eats in a field eating on Route 98 at Offhaus Farms in Batavia.

“Like everyone else, we’ve had to manage the best we can in a very difficult and uncertain time. As we go through this, every day our members that we are talking to are asking myself, our leadership and our staff about issues. However, we wanted to get a broader understanding of what the pandemic has meant to agriculture,” state Farm Bureau President David Fisher, who, along with his family, owns and operates a dairy farm in Madrid, N.Y., said during Tuesday’s Zoom call with farmers, bureau staff and the media.

The result was the sharing of results from the June survey of 531 farmers and some questions and answers.

“What we found was that no farm was untouched by the pandemic or the economic fallout. Most of us have had to deal with price drops and supply issues. On the flip side, some farms that can direct-market to their customers were able to adapt quickly and take advantage of customer demand,” he said. “For me, during the pandemic, probably my biggest concern hasn’t been exactly the price of milk or shipping concerns. It’s the health and safety of our employees and our family. In this survey, we were pleased to see that most farms were taking proactive steps to put plans in place to mitigate the spread.”

From Western New York, one of the farmers participating in the call was Jim Bittner of Bittner-Singer Orchards in Appleton, Niagara County.

“We have a fruit farm — apples, cherries, peaches — about 400 acres of tree fruit. How COVID’s affected us? Working outside, we’re at an advantage. We can spread people out. We don’t have a packing shed. We’re strictly growers,” he said. “We have people spread out in the orchard, not working next to each other. When they are next to each other, they’re using face masks, hand sanitizer, doing everything we can to minimize the risk.

“The big thing, really, is worker training — trying to educate the workers that, ‘You’ve got to take this seriously at the farm and at home. That’s another issue. You can do everything right at the farm, at the workplace, but if you go home and have parties or have a lot of people over, it sort of negates the safety things you’re doing at the place of employment,” Bittner said.

Product-wise, about half Bittner-Singer Orchard’s apples are not sold until after the first of the year, he said.

On worker training, everyone at Bittner-Singer’s got Smartphones, he said.

“We’ve moved a lot of our worker training to Smartphones. We don’t want to have meetings. We don’t want to have a group of people have to sit around a table and watch a video or talking to each other,” he said. “Cornell’s come out with some really great videos, educational short clips that we’ve been able to send the links to workers. ‘Here, watch this and, if you’ve got some questions, talk to us about it.’ Try and impress on them the severity of the situation and what to do to prevent the spread of COVID.”

To date, how has your business been economically impacted?

Which best describes your existing farm/business situation due to disruption from the COVID-19 crisis?

“That’s pretty notable, because in New York state, 50 percent of what we produce goes to institutions, whether it be schools, restaurants, hospitals ...” Williams said, referring to the percentage who answered “lost restaurants/consumers.”

Have you had to reduce purchases from local vendors or suppliers?

“That tells the story of the local farm economy. It’s not just a farm in the middle of New York state that can succeed, it has to be the tractor dealerships, the seed dealerships, the pesticide salespeople — all the things that go into helping that farm succeed. Once you start to minimize what you spend on your vendors, that ripples through the entire rural or local economy,” he said.

Do you have a plan in place to train and assist employees to mitigate the spread of COVID-19?

“This is frankly, one of the good-news stories of the survey,” Williams said. “Early on, there was a huge rush on hand sanitizer. That got better over the weeks? I’m really proud of how our employers have worked with their employees to make sure they’re trained, they’re able to protect themselves ...”

Of those who said they don’t have a plan, Williams said, “I suspect a lot of that has to do with farms that only have family workers and no one from outside of the family working on the farm.”

How big of a concern is your mental health or that of a family, friend or neighbor?

“Working on a farm in a normal year, that’s extremely stressful. You throw in a pandemic on top of that and drought the northern part of the state and other parts of the state, hail in the Hudson Valley, creating apple damage, loss of markets, through the pandemic,” Williams said. “Basically, the isolation, also, of being a farmer, being on the farm every day, it can take a real toll. That’s why we’ve been so strong in our advocacy for mental health funding for farmers, through (NY) FarmNet and NYCAMH (New York Center for Agricultural Medicine and Health) and others. Farmers need support in many ways and mental health is certainly one of the (ways).”

One of the questions during the question-and-answer session was, What should the federal government look at in terms of helping farmers in the next stimulus package being discussed?

Fisher said most farmers have used quite a few of the programs. The Farm Bureau is still advocating for some.

“It’s such a diverse agriculture in New York. It’s really hard. Some parts of what they have done have helped, maybe dairy or certain parts more than others. We have been continuing to advocate for some of those things so every aspect of agriculture is getting the help that they need. As markets continue to evolve and we see where things go, there will be need for continued discussion.”

“We’ll probably know a lot more in a couple of weeks,” he said. “The plan to cur back production, to a certain extent, can be gradually undone in a few months, depending on how the production was cut back. I guess, at this point, we’re hopeful that there will be school lunches and there will be a fair amount of demand coming from those areas, but it’s probably going to take awhile to fully correct itself.”

There was a question about farm labor and whether there are any issues with getting employees to come north from Mexico.

“They came from Mexico. When they got here, they were isolated for 14 days, worked separately. They did work, but they worked in a separate group, didn’t mingle with the other workers for two weeks. After that, they were brought in with the rest of the workers,” he said. “We have another job order in for 20 workers from Mexico for September and October. The plan is the same. When they come, they’re going to be isolated. We have separate housing for them so we can keep them separate and do all the precautions we possibly can.

“Also, if somebody feels sick, feels they have a fever, the most important thing for them to think to themselves, they need to stay home. Do not push it,” he said. “If you’re not in 100 percent health, don’t come to work today. It’s a different time. My biggest fear is, we get into September and we have a COVID outbreak. We’re doing everything we possibly can to make sure that doesn’t happen.”

Another questioner asked how milk pricing has been this year and has the weather and the pandemic presented a hindrance to pricing?

Fisher said dairy prices crashed at the beginning of the pandemic.

“It went from the $18 range to the $12 range. Cheese prices are back up now, very strong, but because of the formulas and the way calculations are, what we’re receiving is not up much yet. Hopefully it will strengthen a little bit, but depending on reopening in other states, all of our markets are, I would say, in dire jeopardy.”