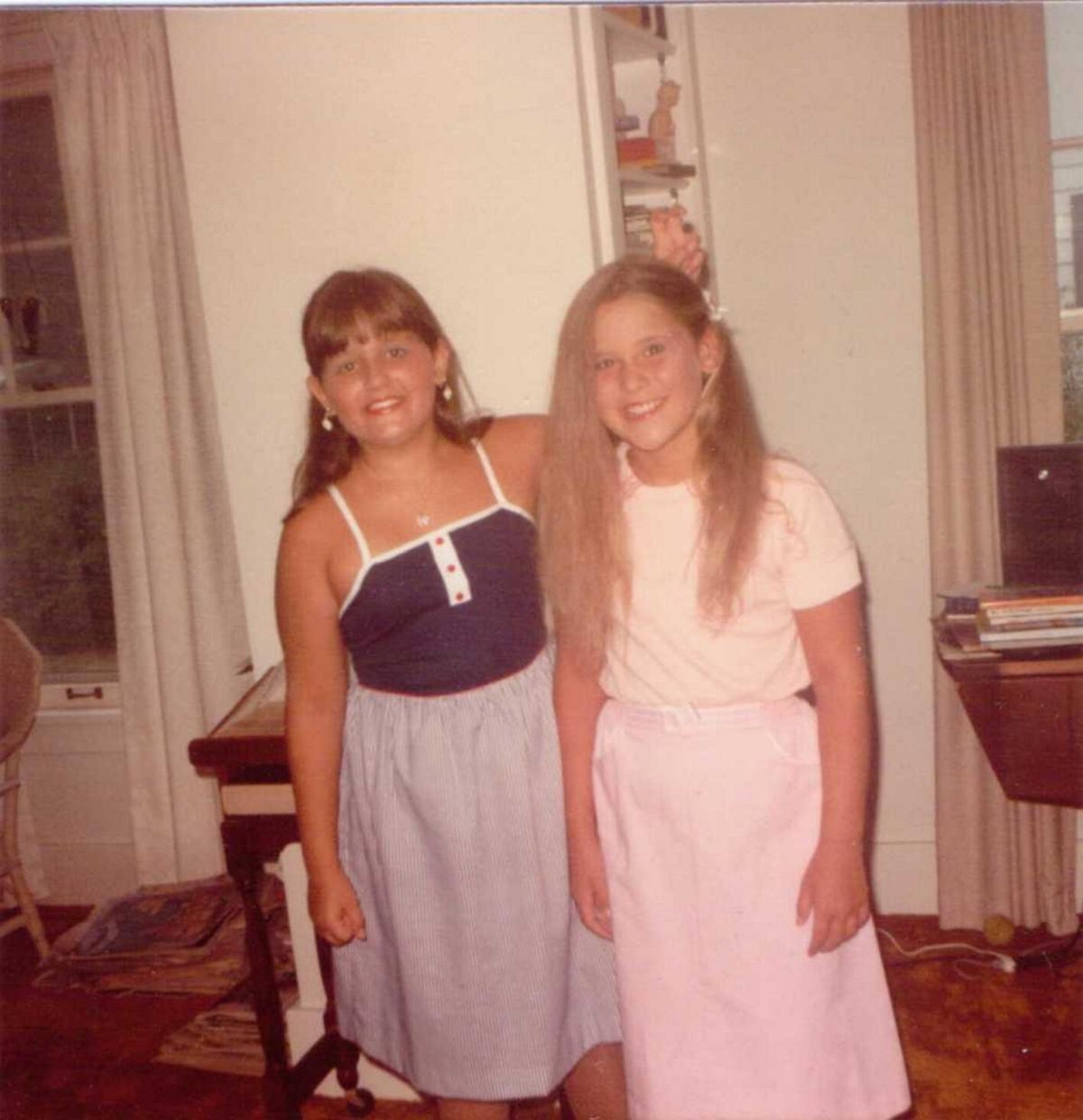 Friends Heather Zerillo and Melissa Vincent are shown together in a photo. 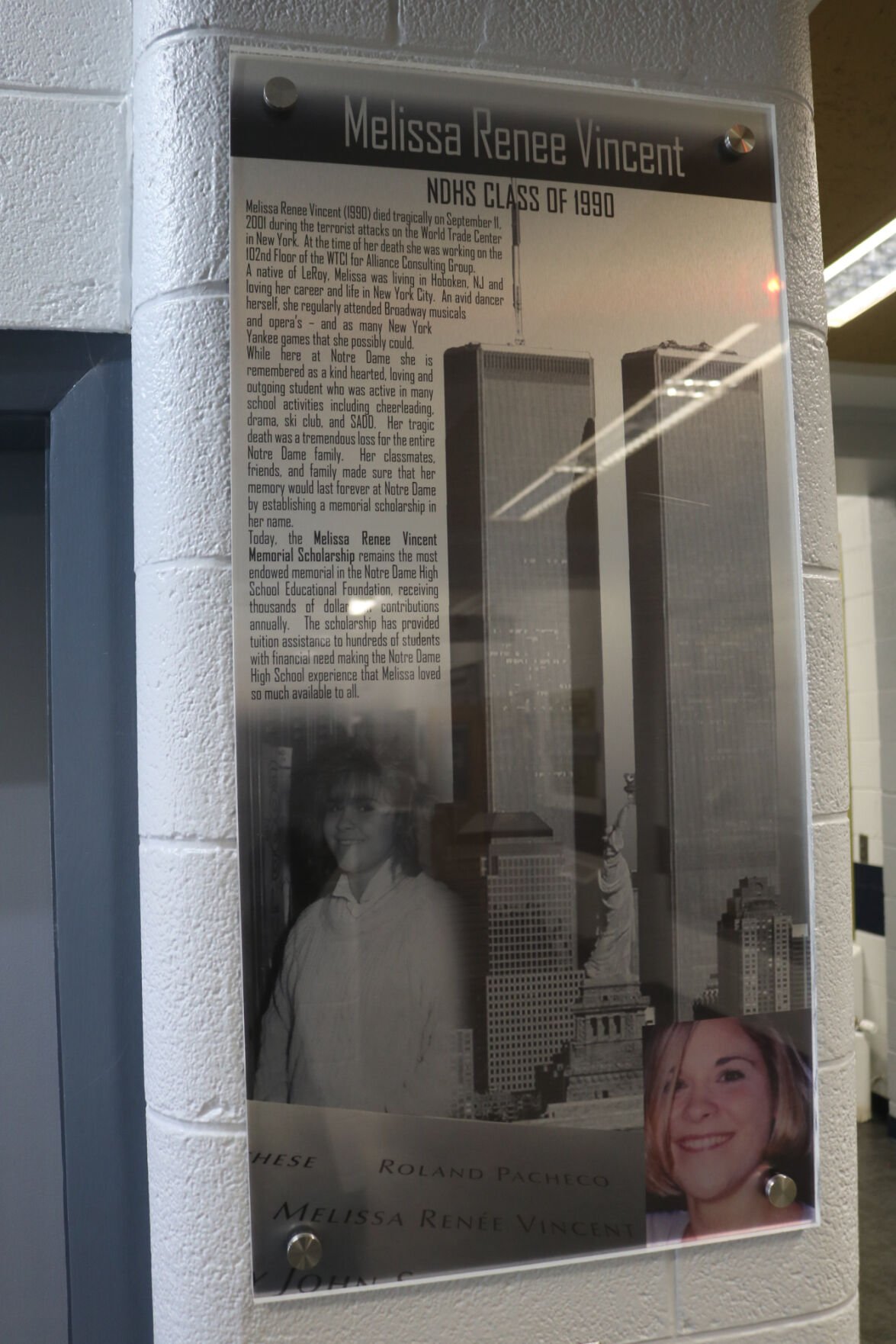 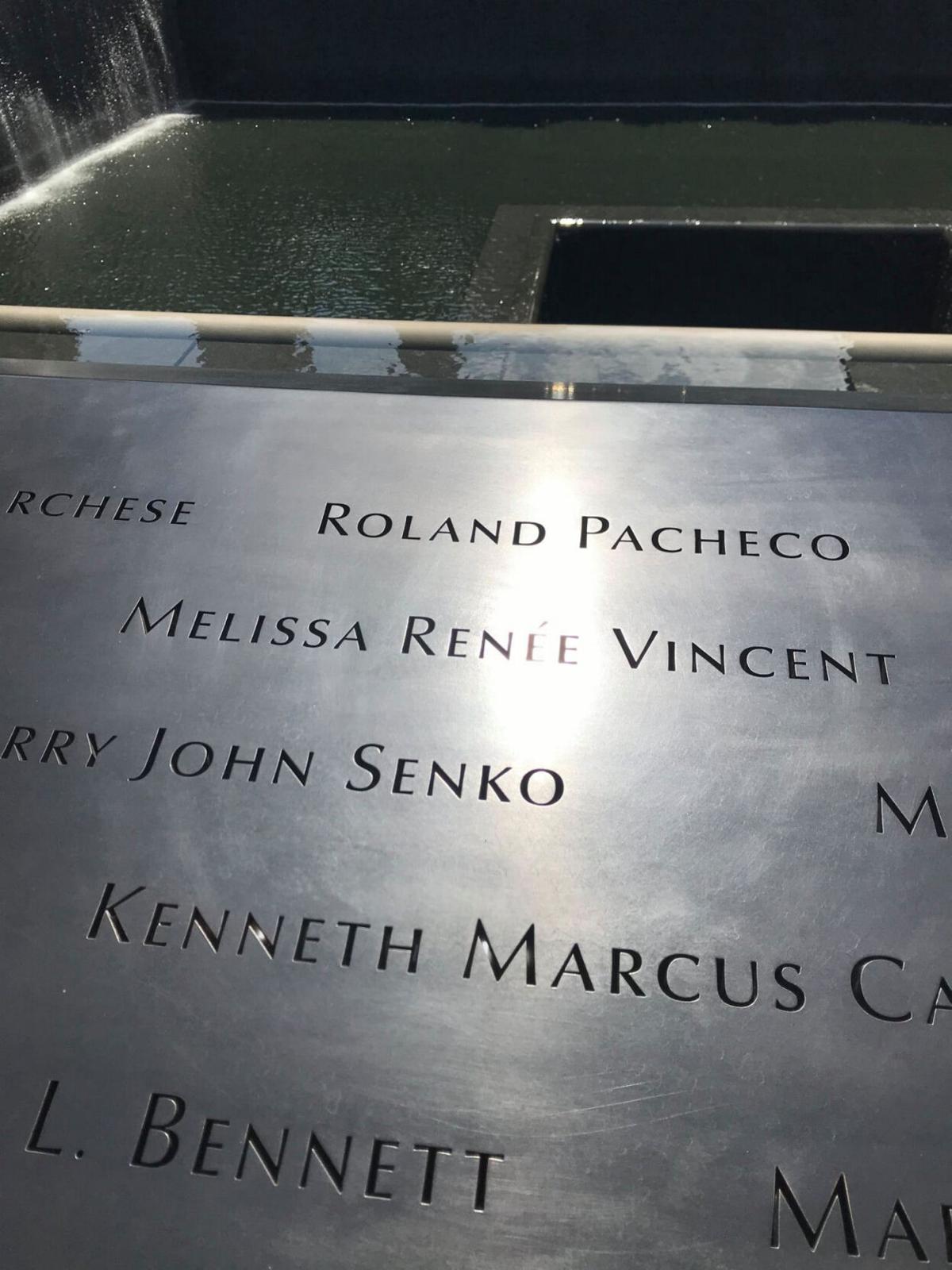 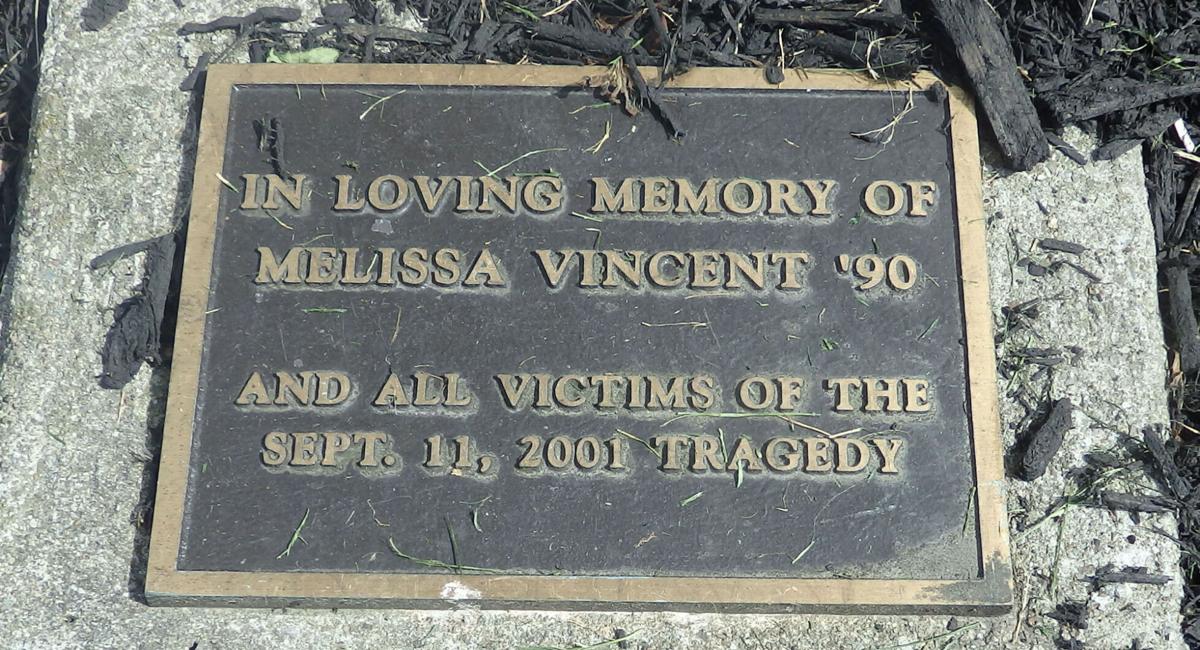 A memorial to Melissa Vincent and all Sept. 11 victims is located at Notre Dame High School’s grotto.

Friends Heather Zerillo and Melissa Vincent are shown together in a photo.

A memorial to Melissa Vincent and all Sept. 11 victims is located at Notre Dame High School’s grotto.

LE ROY — It was a clear Tuesday morning 20 years ago when an American Airlines Boeing 767 crashed into the 80th floor of the north tower of the World Trade Center.

The plane left a gaping, burning hole in the 110-story skyscraper, instantly killing hundreds and trapping hundreds more in the higher floors. Eighteen minutes later a second Boeing 767 — United Airlines Flight 175 — sliced into the south tower near the 60th floor.

Of the 2,763 people who died in the Twin Towers attack, one was Le Roy native Melissa Vincent.

Vincent, 28, a graduate of Notre Dame High School in Batavia and Oswego State College, worked in Manhattan for Alliance Consulting Group. She was supposed to be at a meeting on the 102nd floor of the tower struck first by a hijacked airliner.

Vincent’s death was not confirmed until several weeks after Sept. 11. The last anyone heard from her was a 911 call she made after the tower she was in was hit by a plane at 9:02 a.m.

Vincent’s father went to New York City after the Sept. 11 tragedy and did not leave until her body was positively identified. More than 400 people attended her funeral at St. Peter’s Church in Le Roy.

Melissa was the eldest of three children of David and Lucille Prospero Vincent. She was a 1990 graduate of Batavia’s Notre Dame High School and a 1994 graduate of Oswego State College.

Vincent, he said, “was pretty upbeat. Friendly and outgoing, she was pretty popular among her classmates. Very involved in school, a lot of clubs.”

The Melissa Renee Vincent Scholarship is Notre Dame’s most endowed scholarship. A lot of its funding came from people Vincent worked with and the Notre Dame community. The scholarship is given to Le Roy natives in need of financial aid.

“I just pray (those who died) are at peace now,” Rapone said.

Heather Zerillo, art and digital production director of The Daily News, graduated with Vincent in 1990 and said she was one of her best childhood friends.

Zerillo had seen Vincent the year before at their 10-year Notre Dame high school reunion. Vincent wasn’t sure if she wanted to go, nervous of what others would think of her. Zerillo reached out to her and managed to talk her into it, saying at the very least the two would have fun catching up.

“When she arrived, I was struck by how polished and professional she looked. She was always a beautiful girl, but in my eye she really had blossomed and was absolutely stunning. She had been living in Hoboken, N.J. for a number of years and working in New York City at the Towers as a headhunter, and she really seemed to have it together and was happy,” Zerillo said. “I, on the other hand, was embarrassed to be living back at home with mom and dad as an unwed single mother. She told me she was jealous of me, and envied the relationship I had with my then 1-year-old daughter Keara. That really struck me. Here I was, jealous of her for her accomplishments, and she was equally as jealous of mine.”

A year later, Zerillo was just getting settled in that morning at her job at a commercial printer in Rochester when the news came in that one of the towers was struck by the first plane. Immediately, she tried to contact Vincent. It was when the second plane hit that she realized it wasn’t a fluke accident and when the towers fell, all calls stopped going through.

“I had been in contact with my fiancé, Phillip, quite a few times that day — who was still living down on Long Island at the time — when he offered to go into New York City for me to start the process of looking for Melissa,” Zerillo said. “He was in the National Guard and felt he’d have a better chance of getting in and down to the old armory where the hub was located for missing persons.”

Zerillo coordinated with Vincent’s parents to help fill out forms for her current description. Eventually, Vincent’s father David met up with Phillip and took over.

Vincent’s body was found a week later in the rubble.

“Which is nothing short of a miracle in itself. A friend of mine who is a forensic scientist in Albany told me that they worked for years on bits and pieces of people, trying to make a DNA identification, comparing it to hair and toothbrushes provided by family. I can’t even imagine the agony those families went through, waiting,” Zerillo said.

“Melissa is never far from my thoughts. I visit the grotto at Notre Dame often and say a prayer for her and her family, and the other lives lost on that horrible day. I honestly can’t believe it was 20 years ago now,” she continued. “Several of my children have received her scholarship to attend Notre Dame, of which I am immensely proud. Her memorial plaque not only graces their hall, but the spirit of my dear friend is with my children walking there still.”

Laura Williams, a Le Roy native and history teacher at Elba, said she took dance lessons with Vincent for the better part of 10 years.

“She always seemed to have her finger on the pulse of like culture and music and theatre and dance,” Williams said. “She just seemed to really enjoy the cultural aspect of life.”

Williams said Vincent embraced the New York City lifestyle and loved being close to the theatres and music. She was where she wanted to be and living out her dreams of being in New York City.