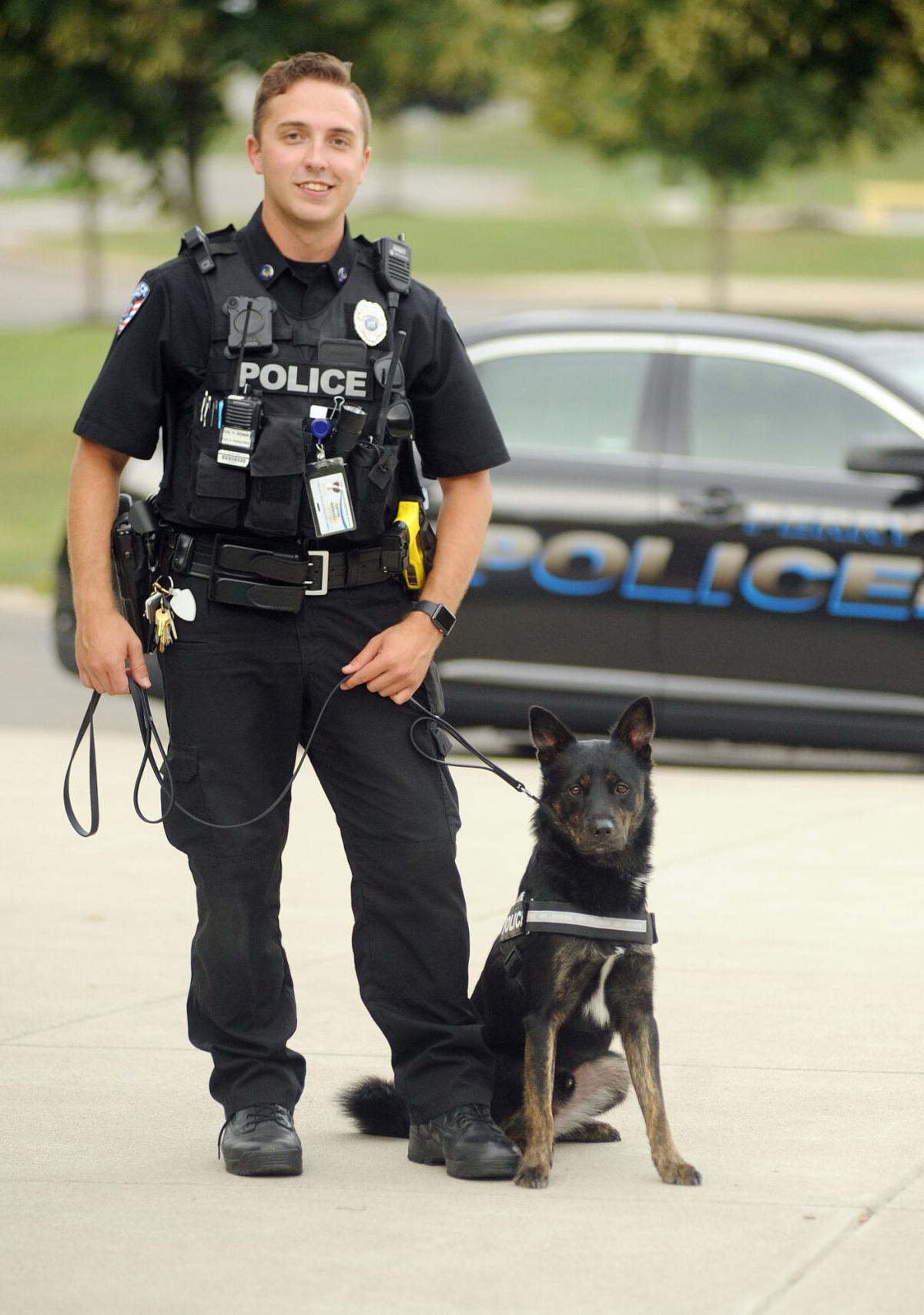 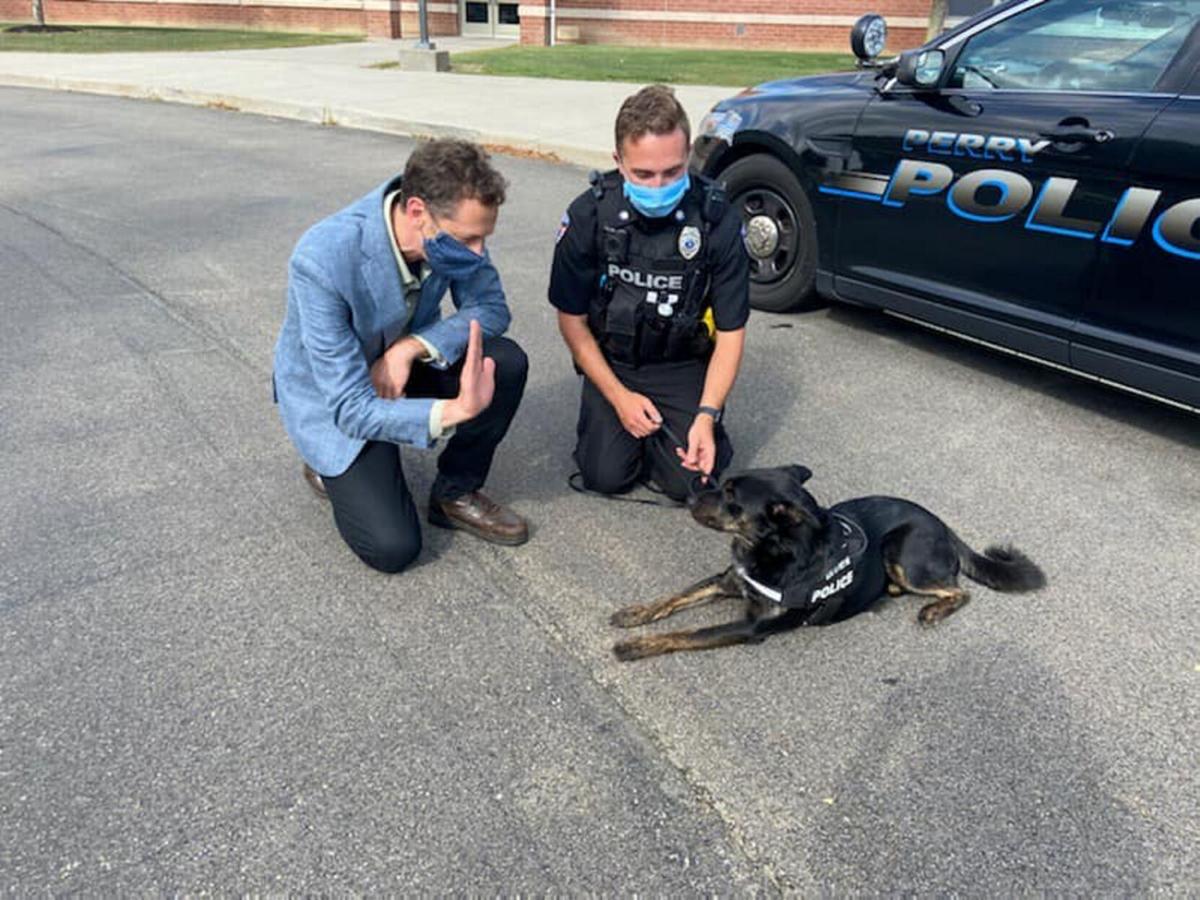 PERRY – Rocky the police therapy dog introduced to the public Thursday and featured in a Daily News article Friday, did not last long.

He nipped the Perry Rotary Club president 30 minutes after his introduction to the public at Perry Elementary School.

“He nipped her,” Police Chief Michael Grover said. “It was nothing serious but at that point, we knew he wasn’t going back.”

The incident happened at a presentation at Rotary Club, with a crowd of adults. When the club president quickly approached the dog, the dog got nervous and was likely trying to protect his handlers.

Rocky is an 18-month-old shepherd/husky mix who graduated from training after four months. He was fully certified as a police therapy dog and passed the Canine Good Citizens exam for the American Kennel Club.

He was expected to be with his handler, School Resource Officer Matt Masci, fulltime at the school.

Masci said Rocky had already interacted with more than 100 children and adults with no problems.

He also proved to be a success in his limited time at the school, where he has been stationed since Tuesday.

Rocky helped resolve two on-campus student crises and participated in an interview with a juvenile, who finally opened up about an issue at the school.

“Obviously, this is a struggle for us,” he said. “We were really hyped up about this program. We don’t want the public to think that this was a ‘bite’ dog. He isn’t.”

Masci and Grover said the program is beneficial to the community and one that has been well-received.

Grover said the program will continue.

Masci will be paired with Sunny, a 2-year-old yellow lab.

The two will undergo training and hope to be in the community during the second half of the school year.

As for Rocky, Grover said he was placed with a disabled veteran to continue his work as a therapy dog.