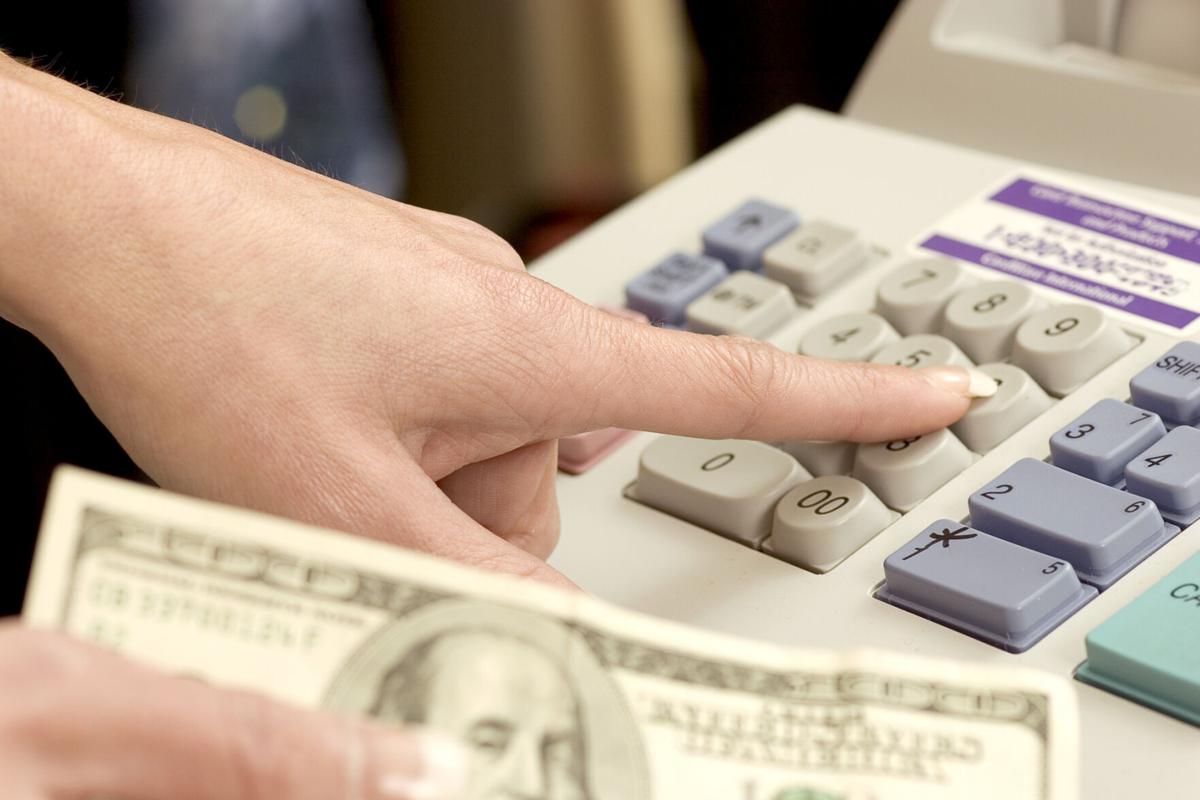 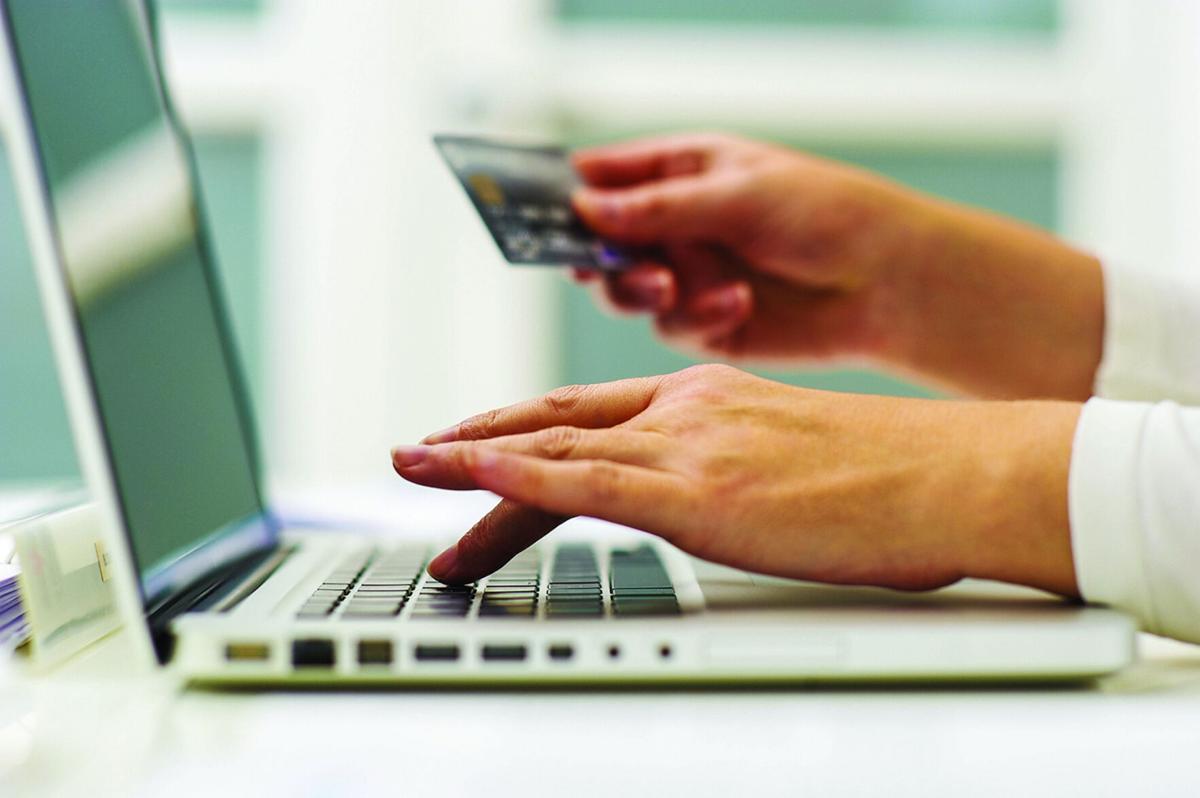 Livingston, Orleans and Wyoming counties all recorded sales tax revenue increases above the state and regional average for the Finger Lakes – some significantly higher. Genesee County saw a year-to-year decrease, according to a report released Tuesday by state Comptroller Thomas DiNapoli’s office.

But most of the GLOW region bucked that trend.

“We just feel very fortunate and blessed to end 2020 in a positive state, which is a true blessing for us,” said Orleans County Budget Officer Jack Welch.

Welch said a shift in buying habits to online purchasing – and changes in how that sales tax is allocated – likely contributed to Orleans growth.

“If you really think about it, prior to the pandemic Orleans County people would go out of county to purchase things. They’d go to malls in adjacent counties to do their stuff,” Welch said. “It looks like people transitioned into online purchases.”

Wyoming County saw a significant increase, 5.2 percent, or $1 million. Sales tax revenue was $20 million in 2020, compared to $19 million the year before.

“I am pleased that in a county that is the size of Wyoming that does not have a lot of retail options, we do stay at home and shop,” Wyoming County Treasurer Cheryl Mayer said.

“I thought the sales tax figures would have finished 2020 much worse than they did and believe that online sales played a large role in limiting the sales tax decrease in 2020,” Genesee County Manager Matt Landers said

“Pre-COVID, the economy was running strong, so I was naturally optimistic that we would see growth in the second quarter of 2020,” Landers said.

All four counties began the year strong, with Genesee, Orleans and Wyoming counties seeing sales tax revenue increases of 11.5 percent or more in the first quarter, while Livingston County, at 7.2 percent, was above the Finger Lakes’ average of 7 percent.

The counties took a significant hit in the second quarter, when the most restrictive coronavirus restrictions were in place from April to June of last year. Genesee County saw sales tax revenue plummet 16.2 percent from the previous year. Livingston County was down 10.4 percent, Wyoming County dropped 9.8 percent and Orleans decreased by 4.7 percent compared to 2019.

But the second quarter was the only period in which Livingston, Orleans and Wyoming counties were down.

Orleans County saw sales tax revenue up 16.1 percent in third quarter and 10.2 in the fourth quarter, compared to the prior year. Wyoming County saw increases of 7 and 9.5 percent. Livingston County rebounded in the third and fourth quarters, with increases of 10.7 and 1.6 percent, respectively.

“I was surprised as anybody,” said Coyle. “Coming into that third quarter, fourth quarter, I was very surprised as well. I didn’t expect it to end up like that.”

Landers said he had timely discussions with county legislators and County Treasurer Scott German to manager the sales tax trend.

“The substance of the discussion included what measures the county needed to take to respond to the declining sales tax revenues,” Landers said.

German said the sales tax downfall “started with everything being shut down, and as things started to reopen, numbers started to rebound.”

“The legislature and I were very concerned that sales tax receipts would be much worse than where they ended up,” he said. “At the beginning of COVID and throughout the pandemic, it has been challenging to predict what sales tax would do, especially given the big losses from having Darien Lake shut down for the summer and our hotels largely empty for the last nine months of 2020.”

Wyoming County Treasurer Cheryl Mayer said a big reason the numbers were up was collection of online sales tax.

“In a county that does not have big box stores or a lot of retail locations, we are seeing the impact of those increased internet sales tax collections,” said Mayer, one of the treasurers that went to Albany to lobby for the enforcement of the internet sales tax act.

“It is not a new tax, but just what the counties are entitled to,” said Mayer.

The comptroller’s report cited gains in the internet commerce space as one of the primary drivers of sales tax revenues across the state.

“When they changed that decision a couple years ago, it opened up the flood gates on internet sales tax transactions,” said Coyle, the Livingston County administrator. “Now we see hundreds of a percent, just exponential increases in the sales tax category of internet commerce.”

In Livingston County, from March to August 2020, an estimated $23.8 million worth of purchases in the so-called “marketplace and nexus vendors” category netted the county an estimated $951,825 in sales tax revenue, according to the comptroller’s report.

Genesee County residents made an estimated $21.6 million worth of online purchases, netting the county an estimated $864,832 in sales tax revenue.

No ‘doom and gloom’

“One is that frankly, the decline in activity that is sales tax transaction activity was not as dire as it was forecast. That’s what ended up playing out,” he said “The forecast of doom and gloom did not materialize.”

The second was travel- and outdoor recreation-related purchases, especially during the summer when, for example, Letchworth State Park was forced to turn away new visitors on several occasions after reaching its capacity limit

“All the Airbnbs went through the roof because people thought they could come to the lakes and things like that,” said Coyle. “All around the region we experienced the benefits of the outdoor recreation kind of environment we have, so I think you saw a lot of uptick there.”

Mayer, the Wyoming County treasurer, is keeping a close eye on gas prices and how that could affect sales tax revenue. Gas prices have been strong contributor to county sales tax revenue in the past. In 2020, Mayer said, gas prices were down but they have recently started to climb.

“This year, they are already starting to climb, so we may see a little bit of that offset that potentially would be decreased in 2021,” Mayer said

For the county budget, she said, sales tax revenue will be anticipated to remain steady.

“I think budget-wise we will remain about the same, we will not be reactionary,” Mayer said. “I think we will continue to see positive growth. I think Wyoming County has a good economic stability.”

Coyle cautioned that the state could still end up clawing back some of the county’s 2020 sales tax revenues through a process called reconciliation. As part of that process, the state either gives a county more sales tax revenue or takes some back as estimates used to inform initial disbursements become more concrete.

“It would not surprise me if they did that for third or fourth quarter activity,” Coyle said. “It’s usually a pretty big hit. Sometimes though, it’s a big hit to the positive – I’d say maybe one out of three times. The other two times, it’s usually a decline”

Welch, from Orleans County, said once the pandemic subsides and stores open up again, he doesn’t know if people’s buying patterns will continue or revert to the way they used to shop.

“For us, it’s more up in the air which way things are going to be going,” Welch said.

Increased revenue is good news for counties, but Mayer acknowledged she is frustrated at times with revenues being taken away from counties through mandates such as the Aid and Incentives for Municipalities

“The governor is giving it to us with one hand and taking it away with the other with intercepts,” Mayer said. “It’s not fair to any of the counties.”