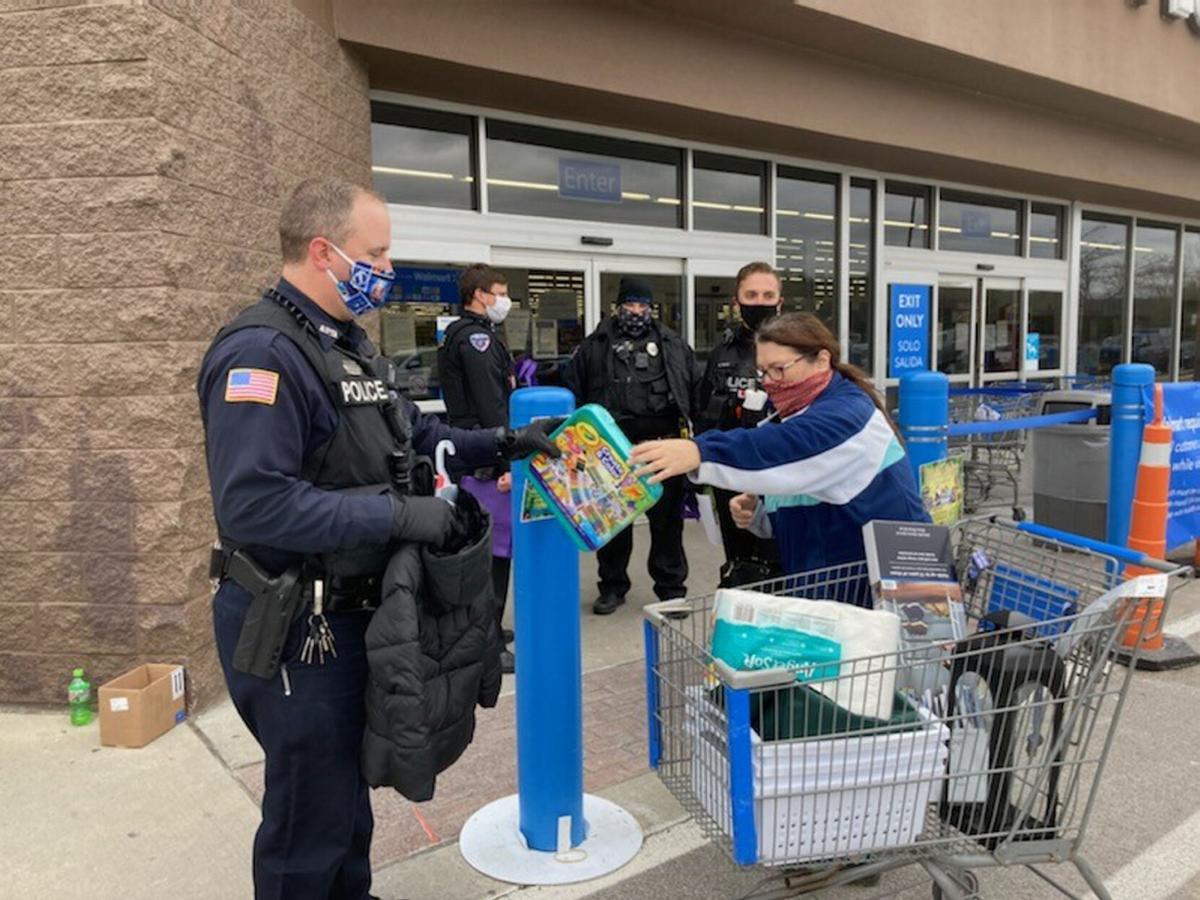 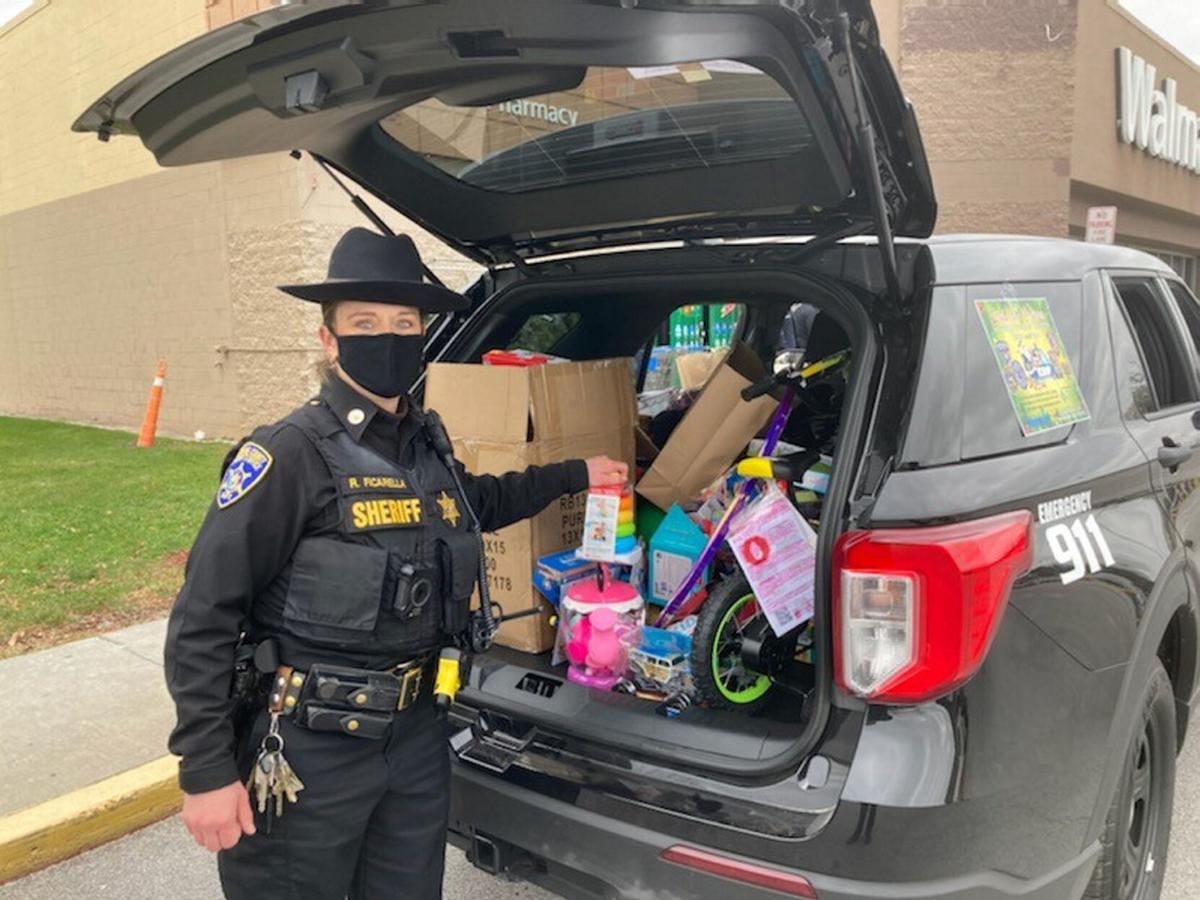 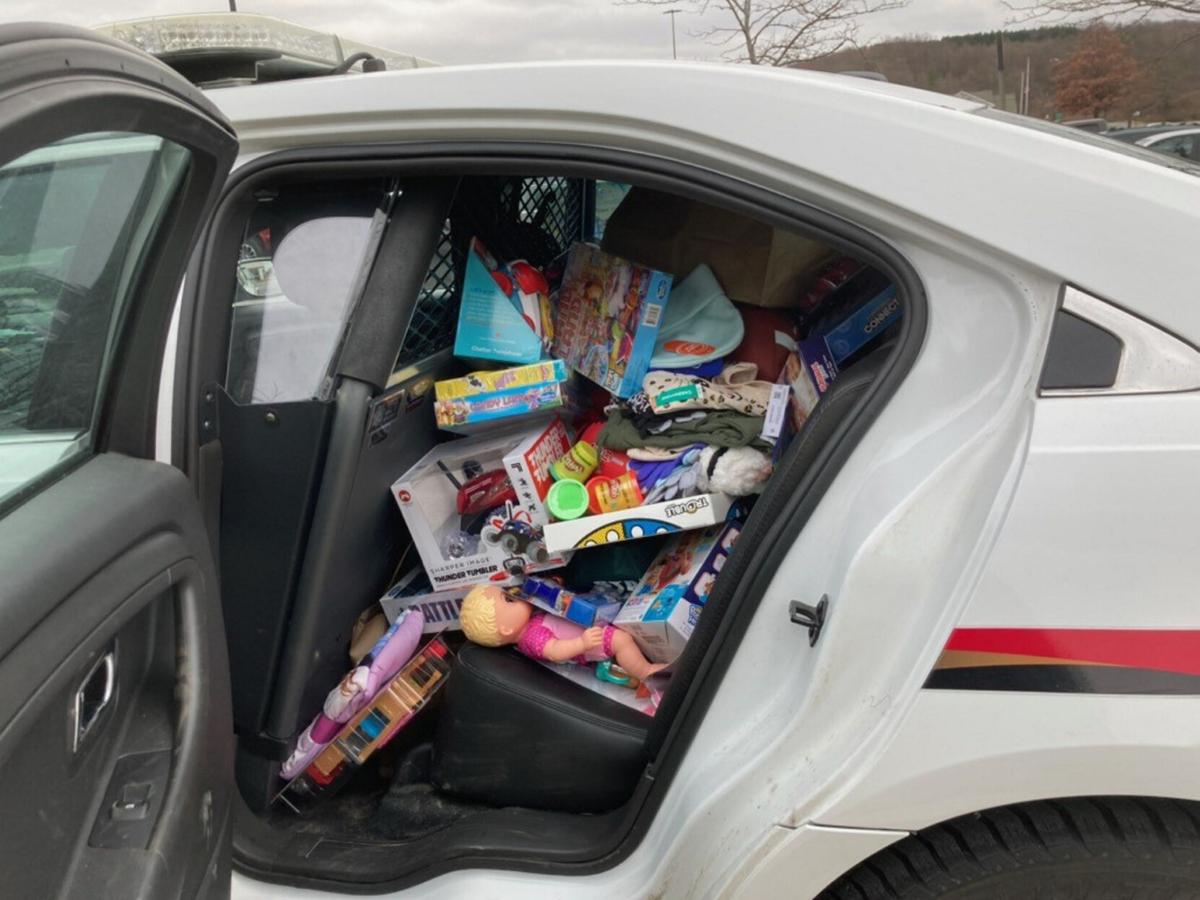 BRIAN QUINN/DAILY NEWS The back seats of a county Sheriff's Office car were filled with donations this afternoon.

BRIAN QUINN/DAILY NEWS The back seats of a county Sheriff's Office car were filled with donations this afternoon.

WARSAW — For the first time, Wyoming County law enforcement agencies set up a day to collect donations for Wyoming County residents in need, which would reach them by way of Community Action.

Between 10 a.m. and 4 p.m. today, the Wyoming County Sheriff’s Department, New York State Police and Warsaw, Arcade, Attica and Perry police gathered outside Walmart to collect new, unwrapped toys, games, winter gear and other gifts that would stay in the county.

For “Stuff the Cruiser,” there were several police cars filled with the donated items.

“We have all our cars down here. We’re having a little toy drive here and people are coming out and donating toys for us to take back to our communities and eventually give out to the kids in need in our communities,” said Perry Police Chief Mike Grover. “They do it up in Genesee County. That’s where I got the idea from and so I thought we’d try it down here.

“So far, we had a really good turnout,” he said today. “Everybody’s volunteered to come down and help out. I just want to thank everybody that donated. It really shows the support that we have within Wyoming County.”

“We’re definitely donating a lot to the community,” she said. “I guess they’ve done this in other areas, like Rochester and Buffalo, but this is a first for Wyoming County. The majority of this stuff is going to Community Action (of Wyoming County). They’re going to distribute it to families. As soon as we’re done here, it will go up there.”