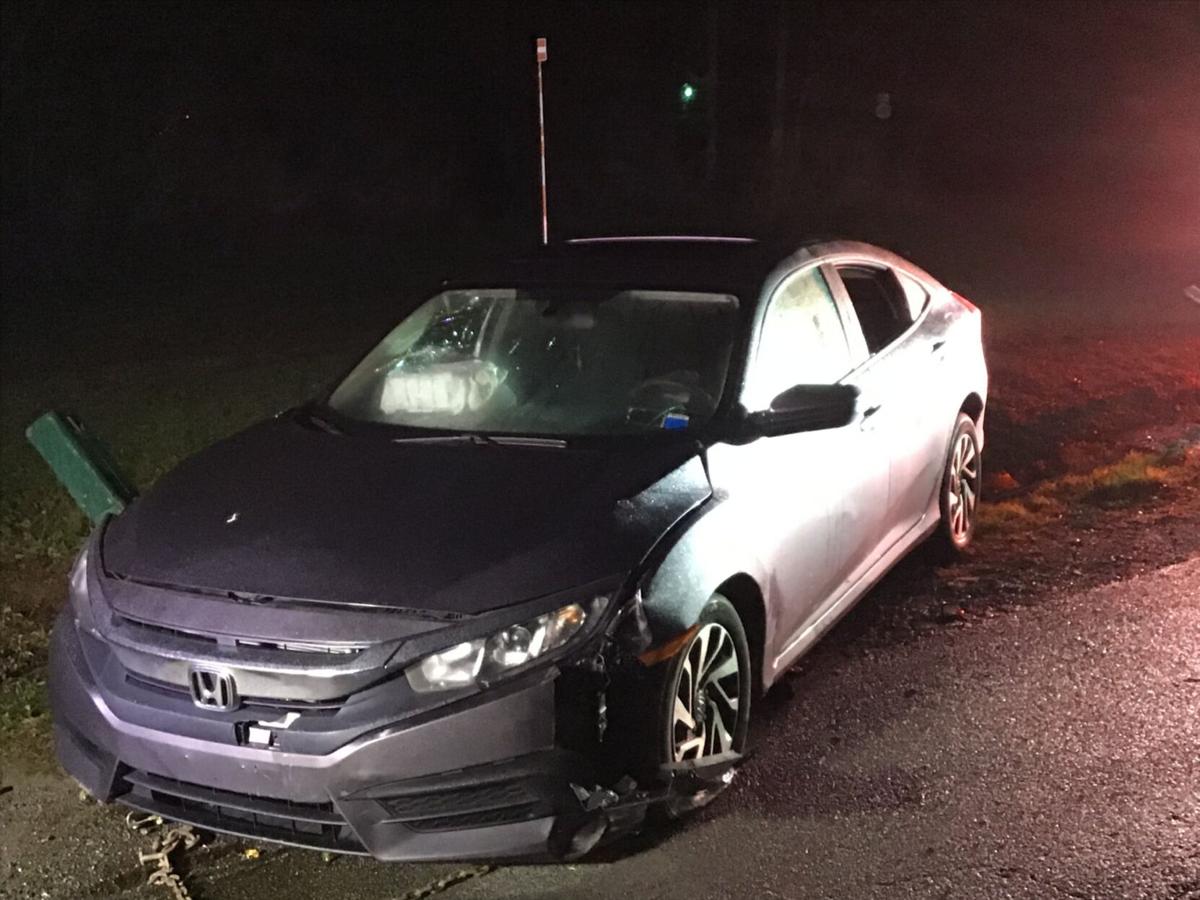 BRIAN QUINN/DAILY NEWSThree men were arrested after the stolen vehicle they were in crashed Wednesday night along Glidden Road in Clarendon. 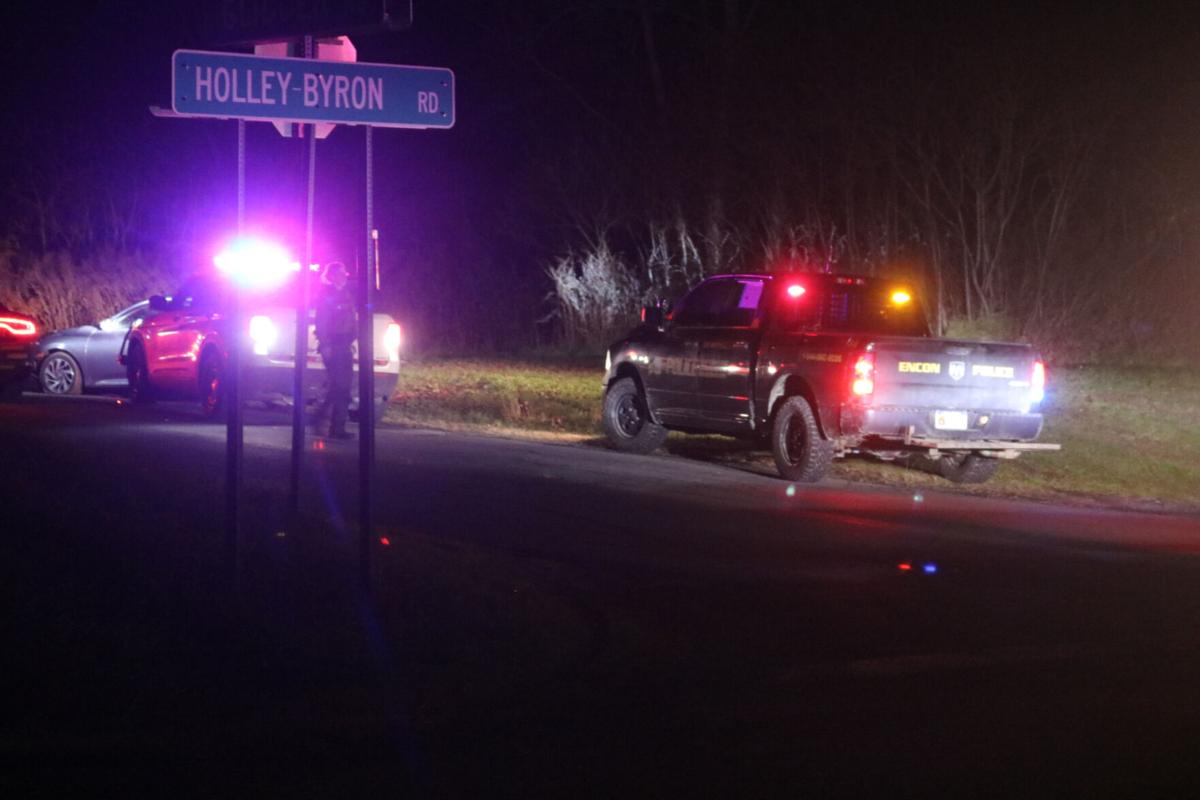 BRIAN QUINN/DAILY NEWSPolice found two of the three men sometime after the crash near the intersection of Glidden and Holley Byron roads.

BRIAN QUINN/DAILY NEWSThree men were arrested after the stolen vehicle they were in crashed Wednesday night along Glidden Road in Clarendon.

BRIAN QUINN/DAILY NEWSPolice found two of the three men sometime after the crash near the intersection of Glidden and Holley Byron roads.

CLARENDON — A vehicle pursuit through parts of two counties ended when the vehicle, a stolen gray Honda Civic, crashed on Glidden Road near the intersection with Holley Byron Road in Orleans County late Wednesday night.

Three men, one from Genesee County and two from the city of Rochester, were in custody, Genesee County Sheriff’s Office Sgt. Kyle Krzemien said at the scene early this morning.

Krzemien said two of the men were found after a search.

“One was immediately taken into custody and there were two outstanding. One of the En Con (Environmental Conservation) K-9s actually tracked one of the suspects, took him into custody. Then, we recently just found the third ... in custody inside the garage of the residence that’s up here (on Glidden Road).”

Krzemien said that at about 9:30 p.m. Wednesday, an Environmental Conservation officer tried to initiate a traffic stop on the Civic on Sanders Road in the town of Stafford, Genesee County.

“She was on an unrelated complaint and attempted to stop this vehicle because it might have been in relation to the other complaint,” Krzemien said. He said police later found out that the stolen Civic has no connection to that other complaint.

“The vehicle failed to yield to law enforcement and traveled northbound on Route 237 to where we are in Orleans County and wrecked out,” he said. “I don’t know the exact (speed), but they were definitely high speeds. It came off of Horseshoe Lake Road up 237 into Orleans County.”

Krzemien said none of the three men in the vehicle was injured, nor were police officers. The three in custody are between the ages of 25 and 40, Krzemien said.

“They’ll be facing a laundry list of charges,” he said.

As to what the charges would include, Krzemien said, “First thing’s first, evading the police, as well as the vehicle is stolen. They’ll all be charged with possession of the stolen vehicle.”

He said he could not comment on whether drugs or alcohol were a factor in the incident because it’s under investigation. He said early this morning that the community was safe and that there was no one else police were looking for in connection with this incident. Police found the third person around midnight, Krzemien estimated.

As far as next steps, charges would be drawn up against the three men and they will likely be released on appearance tickets, the sergeant said.