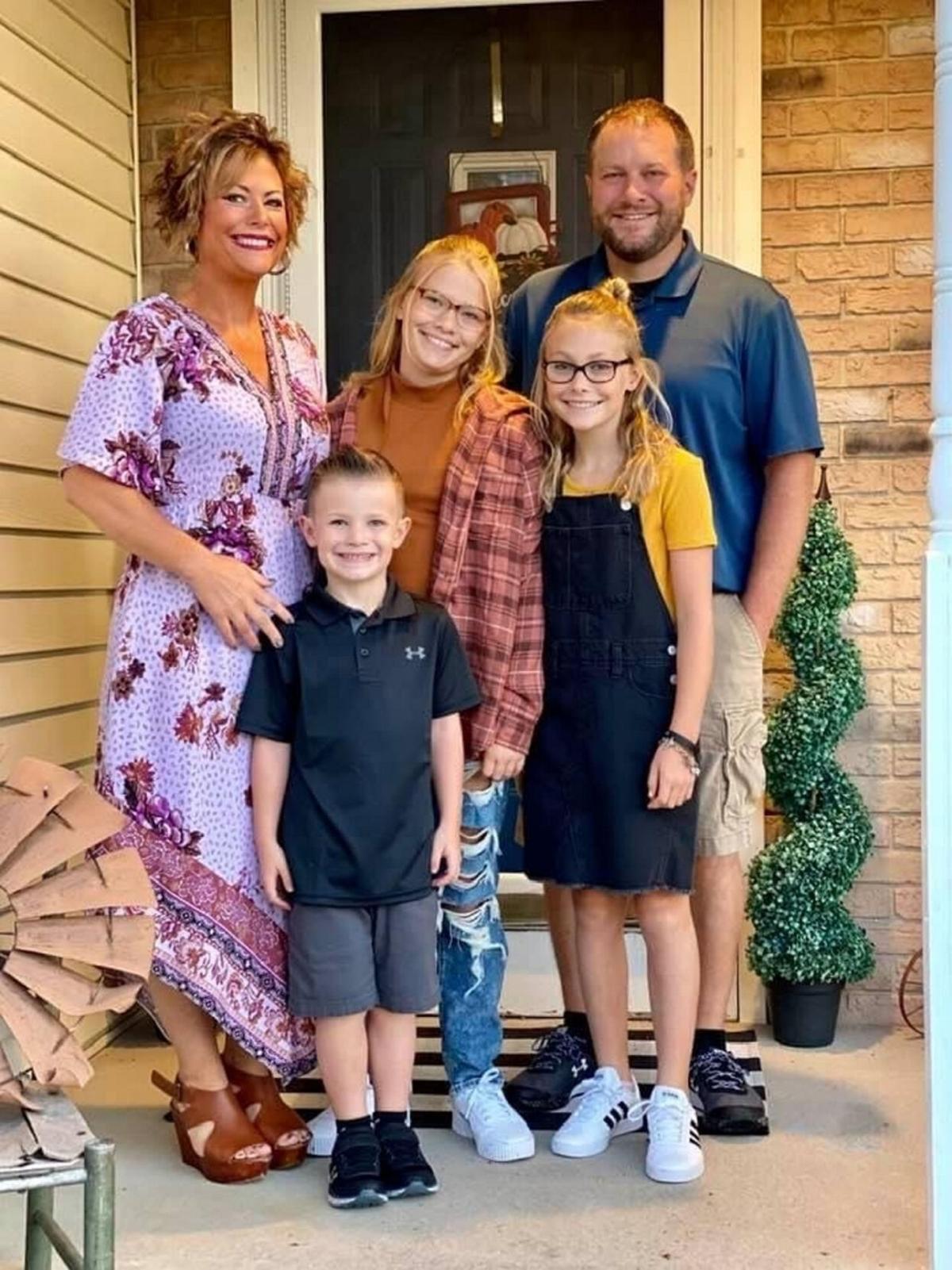 Photo courtesy of Stacie Gell Stephen L. Baker, 41, was killed in a three-vehicle collision in the town of Mount Morris Oct. 5. He’s pictured here with his wife of 14 years, Janelle, and their three children: Kinsley, 12, Delaney, 10, and Lennon, 6. 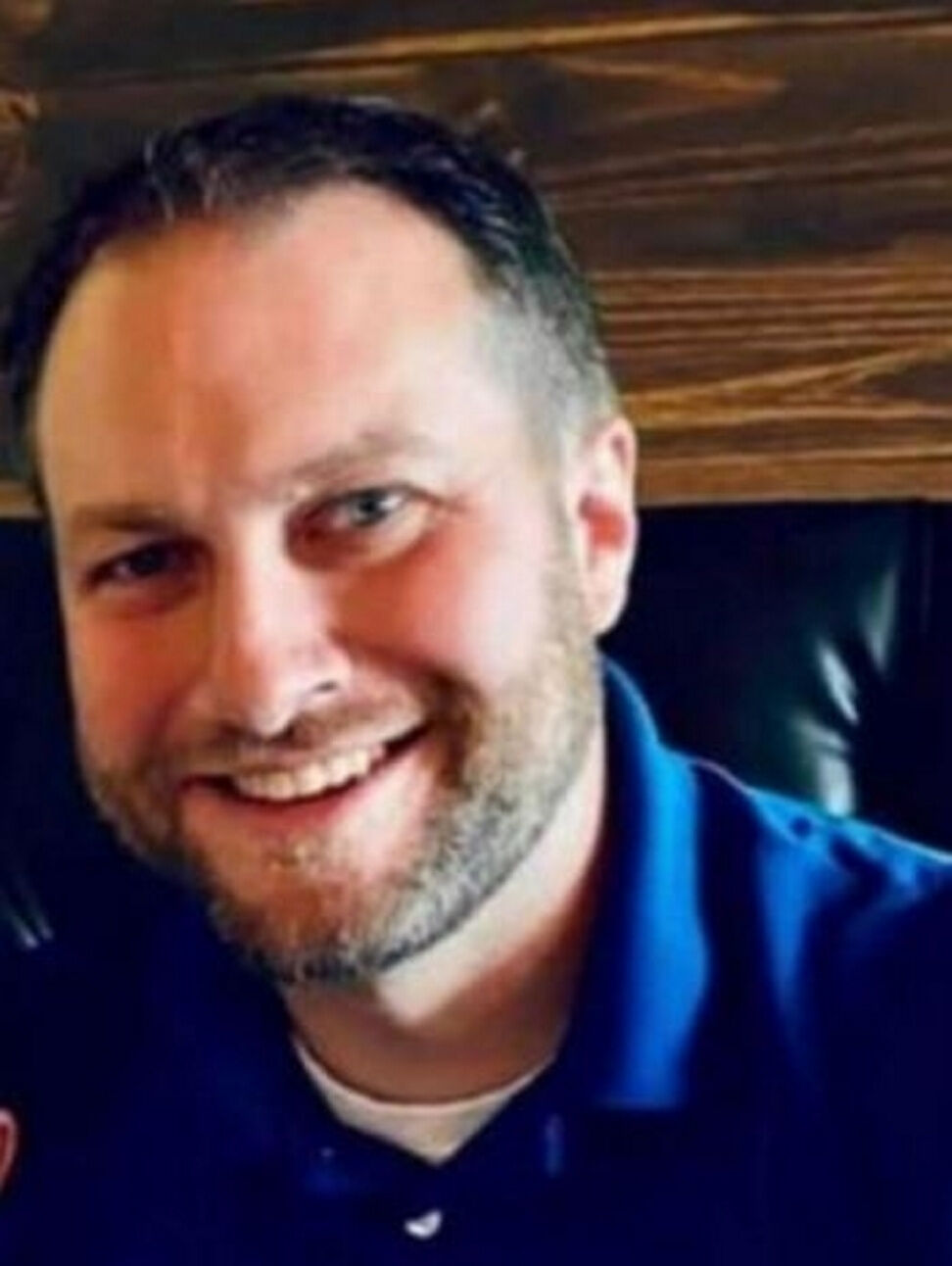 Photo courtesy of Stacie Gell Stephen L. Baker, 41, was killed in a three-vehicle collision in the town of Mount Morris Oct. 5. He’s pictured here with his wife of 14 years, Janelle, and their three children: Kinsley, 12, Delaney, 10, and Lennon, 6.

MOUNT MORRIS – State Police have identified Stephen L. Baker, 41, of the village of Wyoming, as the victim in a fatal, Oct. 5 accident in the town of Mount Morris.

The accident occurred around 6 p.m. when a vehicle traveling southbound on Route 36 made a left turn and a pickup truck directly behind the southbound vehicle was struck from behind by another pickup truck that was towing a flatbed carrying a car, State Police said.

After striking the pickup from behind, the pickup truck with the flatbed went into the northbound lane of Route 36 and struck an oncoming, northbound vehicle that Baker was driving.

Baker was pronounced dead at the scene while a young child who was a passenger in Baker’s vehicle was transported to Strong Hospital with minor injuries, State Police said.

State Police are continuing to investigate the crash.

For the past 19 years, Baker had been an elementary school teacher at Warsaw Central Schools where his wife, Janelle, also taught as a fifth grade teacher.

Throughout his time at the school, Baker was actively involved in the athletic program. At the time of his death, Baker was serving as a JV volleyball coach and, in the past, had served as a basketball coach at the varsity, JV and modified levels. He had also coached the modified baseball team, ran the youth basketball program at the school and served as editor of “The Cubs Chronicle,” a newspaper produced by Warsaw Elementary students, for Warsaw Elementary students.

During an interview about the paper with The Daily News of Batavia in 2016, Baker spoke enthusiastically about how students had “come out of their shell with writing” and how fourth and fifth graders, who did most of the work for the paper, were teaching younger students and helping them out with their writing.

“The fifth and third graders have taken first graders under their wing so we’re hoping those kids will grow and stay with us throughout the years we do this,” Baker said. “They want to work with the younger kids, they want to help them. Which is awesome.”

In a statement Tuesday, Warsaw Superintendent Matt Wilkins described Baker as “a vital and important member of the Warsaw school community” and said the entire Baker family would be in the thoughts and prayers of district staff.

“This is a very difficult time for our students, faculty and staff. Our grief teams are readily available for any student, staff or faculty member who may need support,” continued Wilkins. “If a parent or guardian has any concerns regarding your child’s reaction to this loss, please contact your child’s teacher or principal.”

Added Warsaw Athletic Director Ed Stores Jr.: “Simply put, everybody loved Mr. Baker. He was a good friend, a great teacher and one of the nicest guys you’ll ever meet. Our school community has suffered a tremendous loss.”

Baker’s sister, Stacie Gell, created a GoFundMe campaign Oct. 7 to benefit Baker’s wife of 14 years, Janelle, and their three children: Kinsley, 12, Delaney, 10, and Lennon, 6. As of Monday afternoon, the “Love for the Baker Family” campaign had raised nearly $45,000 from 440 donors.

Some used the campaign to share memories of Baker and the positive impact he had on their children.

“The positive impact that Steve Baker has had on our grandchildren in school and sports is more than words can express,” wrote Judy and Josh Gardner, who donated $100. “Our thoughts and prayers go out to the family.”

“Steve was a wonderful human being and our son, Jack’s, kindergarten year was great because of the teacher he had,” wrote Thomas D’Angelo, who gave $100. “Jack, like many students Steve taught, is heartbroken. Our thoughts are with (you) at this time.”

“When I was first in school, Mr. Baker was a kindergarten teacher, and as I grew up he moved up through the grades,” recalled Shelagh Neeley, who gave $20. “He always had a smile on his face, no matter the day, no matter how bad his day was going, he always had a smile on his face and said ‘Hello, how are you today Shelagh?’ Always offered a hug if you needed one. He was not only a teacher but a friend, a person to confide in. He always made sure you were doing OK. If you ever needed help, he was there to help. He will be missed, by his family, and by the WCS family.”

Baker’s memorial service is Oct. 14 at 3 p.m. at the Warsaw Village Park, Liberty St., Warsaw with Rev. Ryan Rovito officiating. In lieu of flowers, memorials may be made to the family, to be used to create a scholarship program through Warsaw Central Schools in Baker’s memory.